In 2012, Tatuaje shipped a very limited number of cigars named Little Boris to Florida-based Corona Cigar Co. as a store exclusive release. As the moniker indicates, the blend was the same as The Boris, a 7 x 49 double corona that was previously released in Tatuaje’ s Actor Series, a sister project to Tatauje’s famous Monster Series. Although the Actor Series was originally supposed to be made up of annual releases a la the Monster Series, The Boris—which was named after Boris Karloff, who played Frankenstein in the 1931 film of the same name—turned out to be the sole member of the Actor Series.

Limited to just 500 boxes of 10, the original release of the Little Boris in 2012 incorporated the same blend as its larger brother, namely an Ecuadorian Sumatra wrapper covering Nicaraguan tobacco in the filler and binder. While Tatuaje store exclusive releases were not exactly an unusual occurrence, the reason that Corona received this particular cigar was a bit more interesting than most, and was summed up at the time by Joey Whitiker, manager of Corona Cigar Company on Sand Lake:

Fast forward to May 2018, when Tatuaje Cigars owner Pete Johnson confirmed that there would be a new version of the Little Boris released, although the cigars did not actually ship until November. However, while the size of the cigar and the blend may be the same, there are a number of differences between the original release and the newest version. 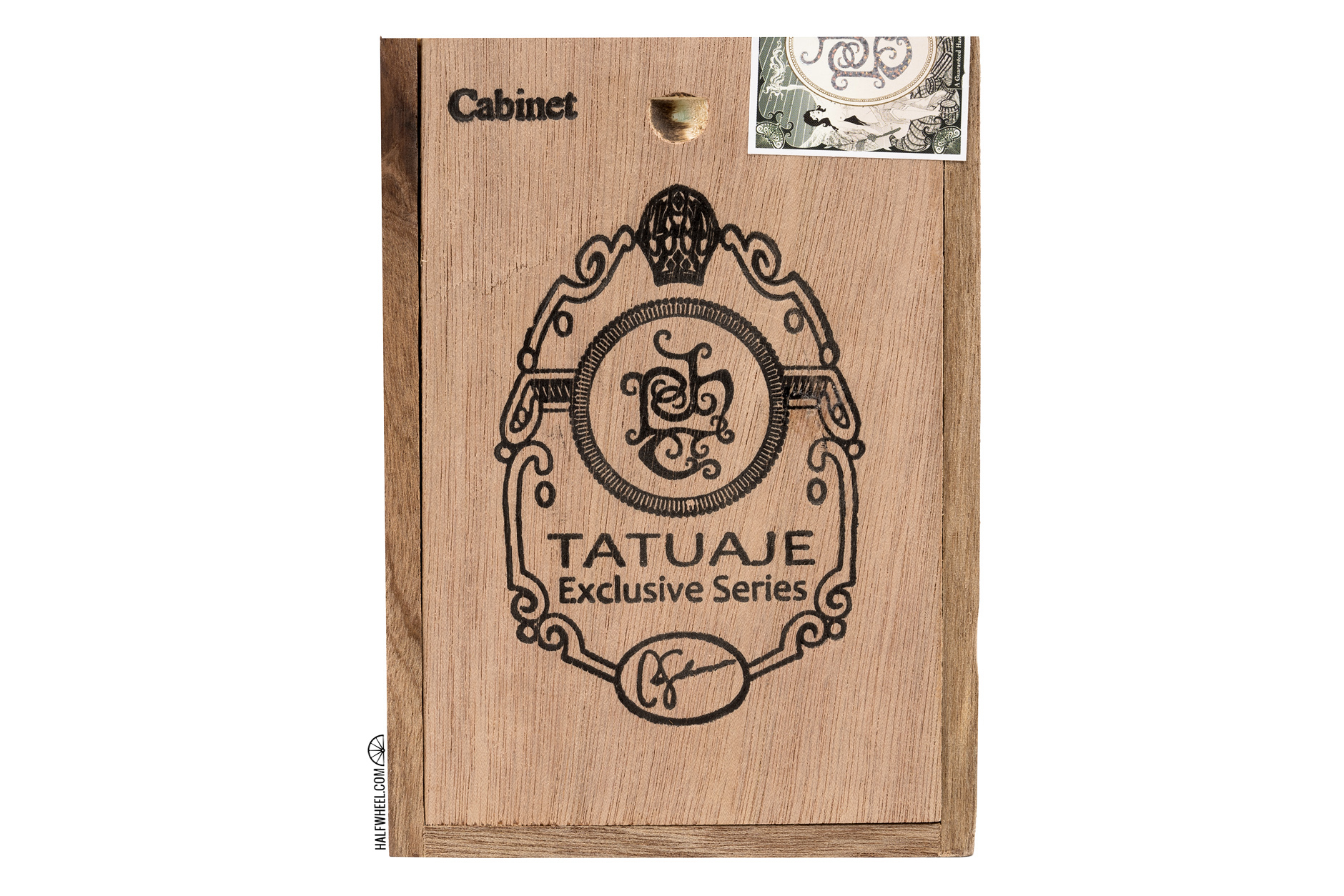 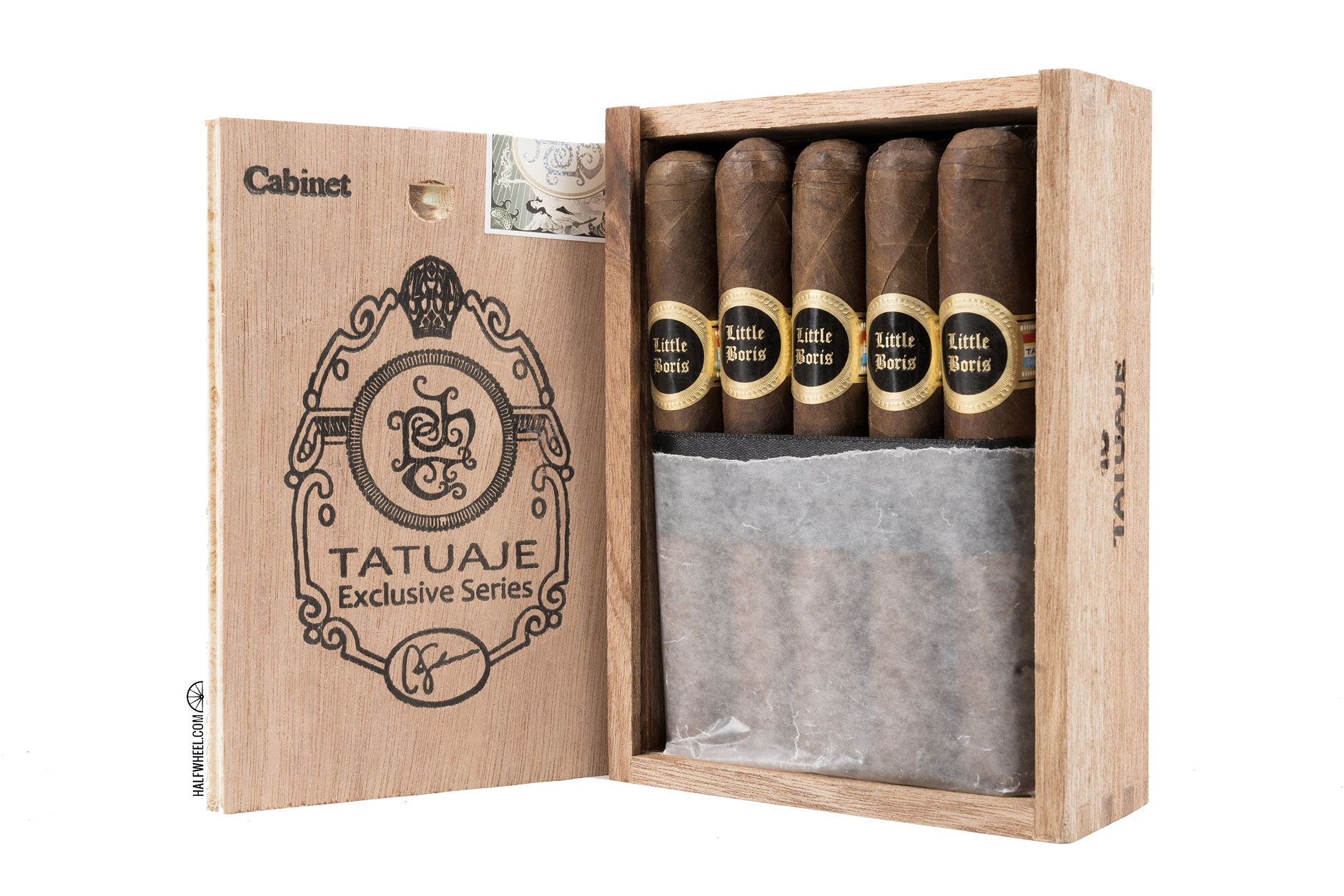 First, there are 1,500 boxes of 10 of the 2018 release compared to the 500 boxes of 10 of the 2012 release. Second, the price of each cigar increased slightly from $9 each to $10 each. Third, while the original release was only sold at Corona Cigar Co., 500 boxes of the rerelease of the Little Boris were sent to 20 “random retailers.” Finally, the bands on the cigars are different: while the original release featured a band with black text on a white background, the 2018 version features white text on a black background.

There have now been two different releases of the Little Boris. This is what I said in my review of the original Little Boris back in July 2012: 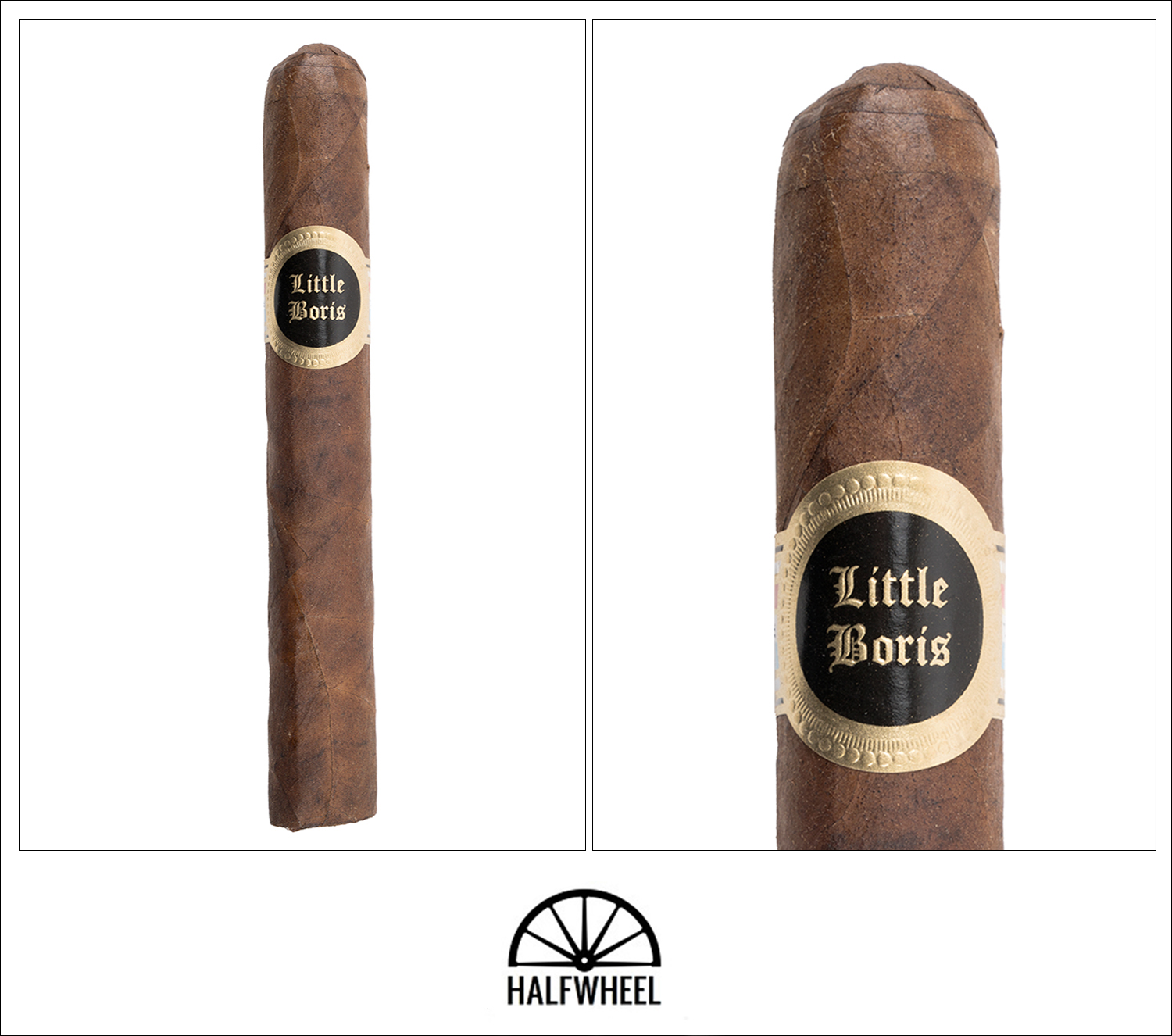 Since they are entirely different production more than five years apart, it is no surprise that the original release and new release of the Tatuaje Little Boris look a bit different visually. The new version is covered in a chocolate brown colored wrapper with a noticeable reddish tint that was lacking in the first release and is obviously more mottled as well. In addition, there are a number of extremely prominent veins running up and down the length of the cigar and it is very spongy when squeezed. The aroma from the wrapper is a combination of peanut shells, sweet cedar, manure, barnyard, leather, dark chocolate and cinnamon while the cold draw brings flavors of cocoa powder, espresso beans, hay, cloves, cinnamon, leather, black pepper and a bit of spice on my tongue.

The Tatuaje Little Boris starts off with a bang immediately after lighting the foot, featuring a very familiar dominant flavor of Mexican hot chocolate, basically a combination of dark cocoa, cinnamon and cream. That combination was followed closely by other notes of peanuts, earth, bread, freshly roasted coffee and a touch of floral, along with a nice vanilla bean sweetness that only gets stronger in the second half. There is plenty of spice on my tongue in the first third as well as some significant black pepper on the retrohale, and while both recede quite a bit as the cigar burns down, they do stay strong enough to continue to impact the profile in a positive way until the end of the smoke. An interesting citrus note that reminds me of lemons shows up in the final third, but it is fleeting and disappears fairly quickly, never to be tasted again. 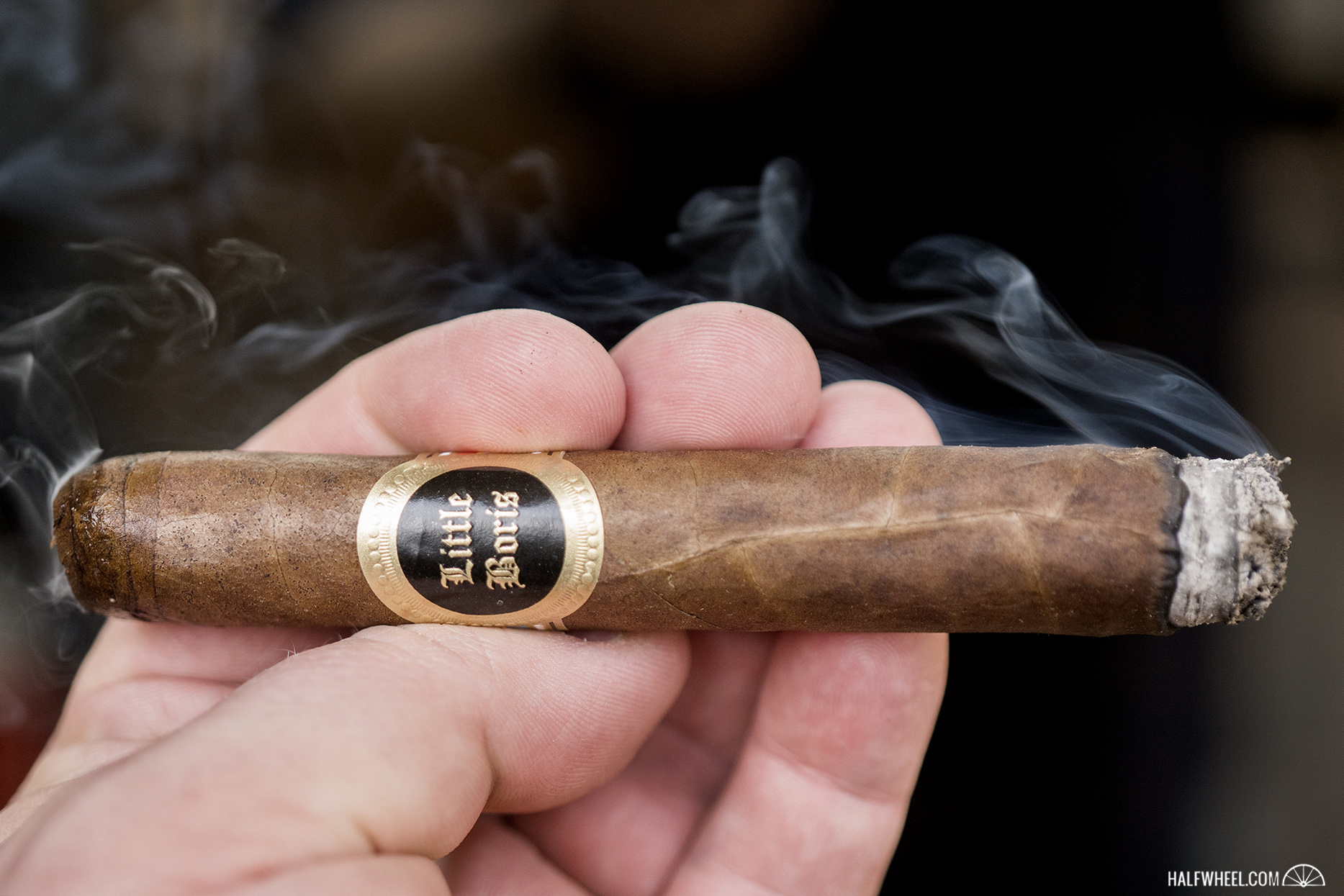 Construction-wise, the Tatuaje Little Boris gives me no issues whatsoever, including the ideal amount of resistance on the draw following a simple straight cut and a burn line that—while not razor sharp by any means—is never close to needing to be touched up. The smoke production is easily in the above average range, and while the overall strength starts out a bit milder than I remember from the first production, it easily hits a point just above the medium mark by the time I put the nub down one hour and 18 minutes later with less than an inch left.

Rereleases of cigar blends have always fascinated me, especially when they are as legendary as a cigar like the Tatuaje Little Boris. The original release was one of my favorite of Tatuajes, due in large part to the wonderful Mexican hot chocolate note that was dominant in the profile, so I was looking forward to seeing how much of that flavor was in the new version. The answer to that question is a bit complicated: yes, that specific flavor is quite noticeable, but it is neither as distinct as I recall from the first time around, nor quite as complex. There was also an interesting—albeit fleeting—lemon citrus note that showed up in the final third that I don’t remember being in the profile of the original version. In the end, while I don’t think the new incarnation of the Little Boris is quite a good as the original when it was released, it is still one of the better cigars I have smoked in the past couple of months, and one that I can easily recommend buying for yourself if you can find them.