Pete Johnson’s newest release is a cigar inspired by his love of wine.

The cigar is named Le Vignoble, which translates from French as the vineyard, and it is a 6 x 38 corona especial which according to Johnson is a “slightly milder version of an Especiales” that  incorporates Nicaraguan tobaccos used in the binder and filler covered with an Ecuadorian habano wrapper. The release is the first new project Pete Johnson has produced at the El Rey de los Habanos factory since 2009. The suggested retail price is $12 each, with bundles of 10 selling for $120.

Johnson had this to say about the project:

I’ve been neglecting the Miami factory for years by not creating any new cigars with them since the Cojonu 2009. After watching harvest in 2014 I decided that I wanted to make a secret small batch project made in Miami. Me being a huge fan of French wine and having so many friends in Bordeaux that live their lives in the vineyards, it was fitting to pay homage to them with a cigar named Le Vignoble(the vineyard in French). Although I have a few other projects planned to release from Miami in 2016, I wanted to release something small to celebrate working on my 5th vintage which is 2014. Gearing up to the harvest of 2015 was the perfect release season. 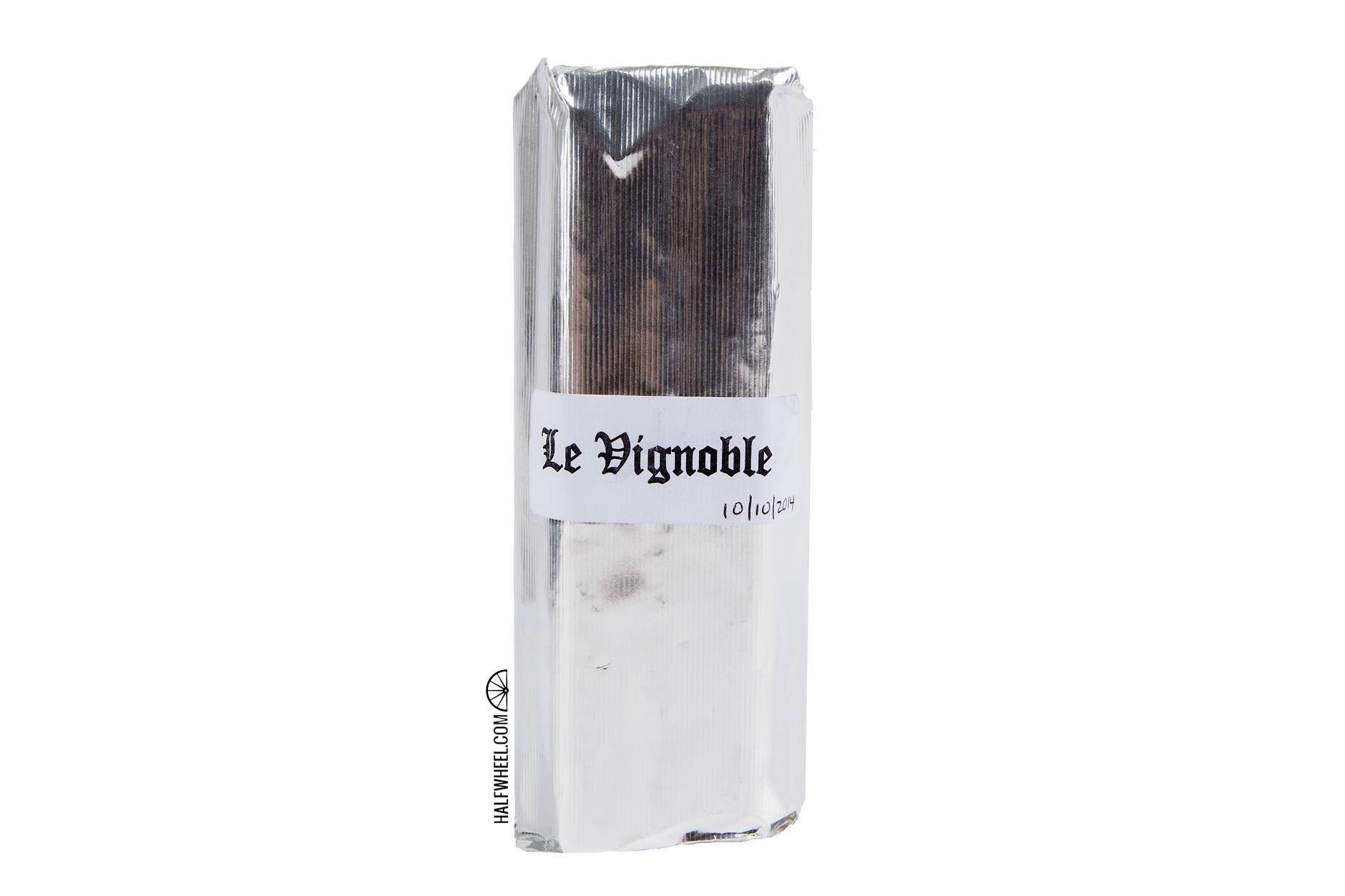 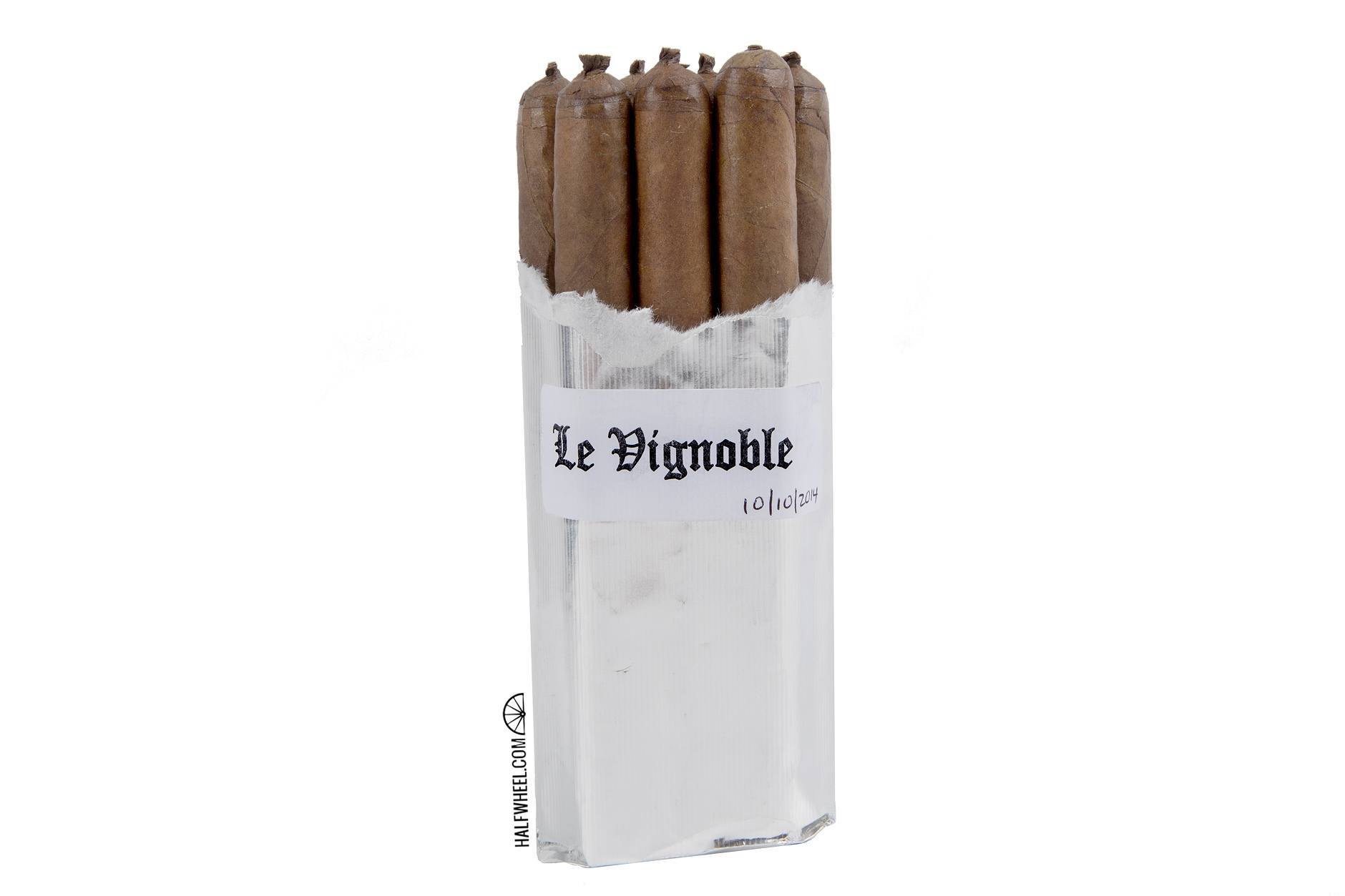 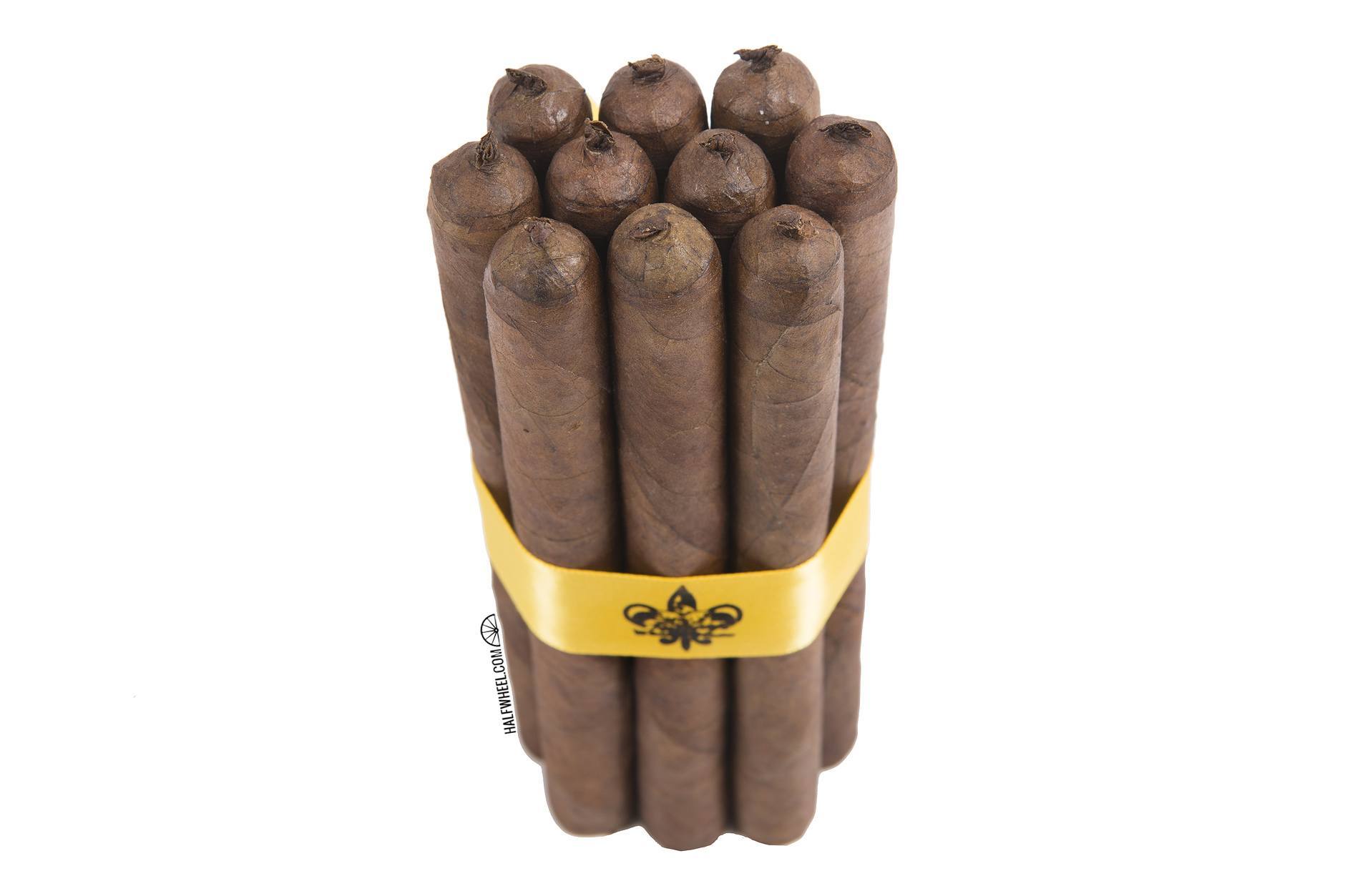 The release will consist of 9 different retailers receiving 20 bundles of 10 cigars, while Johnson’s yet-to-be-opened “Tatuaje East” store in Maine will get 20 bundles. Johnson will also be keeping a bundle for himself, which will make the total release 2,010 cigars, which just happens to be also the same year as his first Tatuage wine vintage.

Each Monday, until Sept. 28, Johnson will announce a new retailer for Le Vignoble. The release nature is made to coincide with the harvest in Bordeaux. 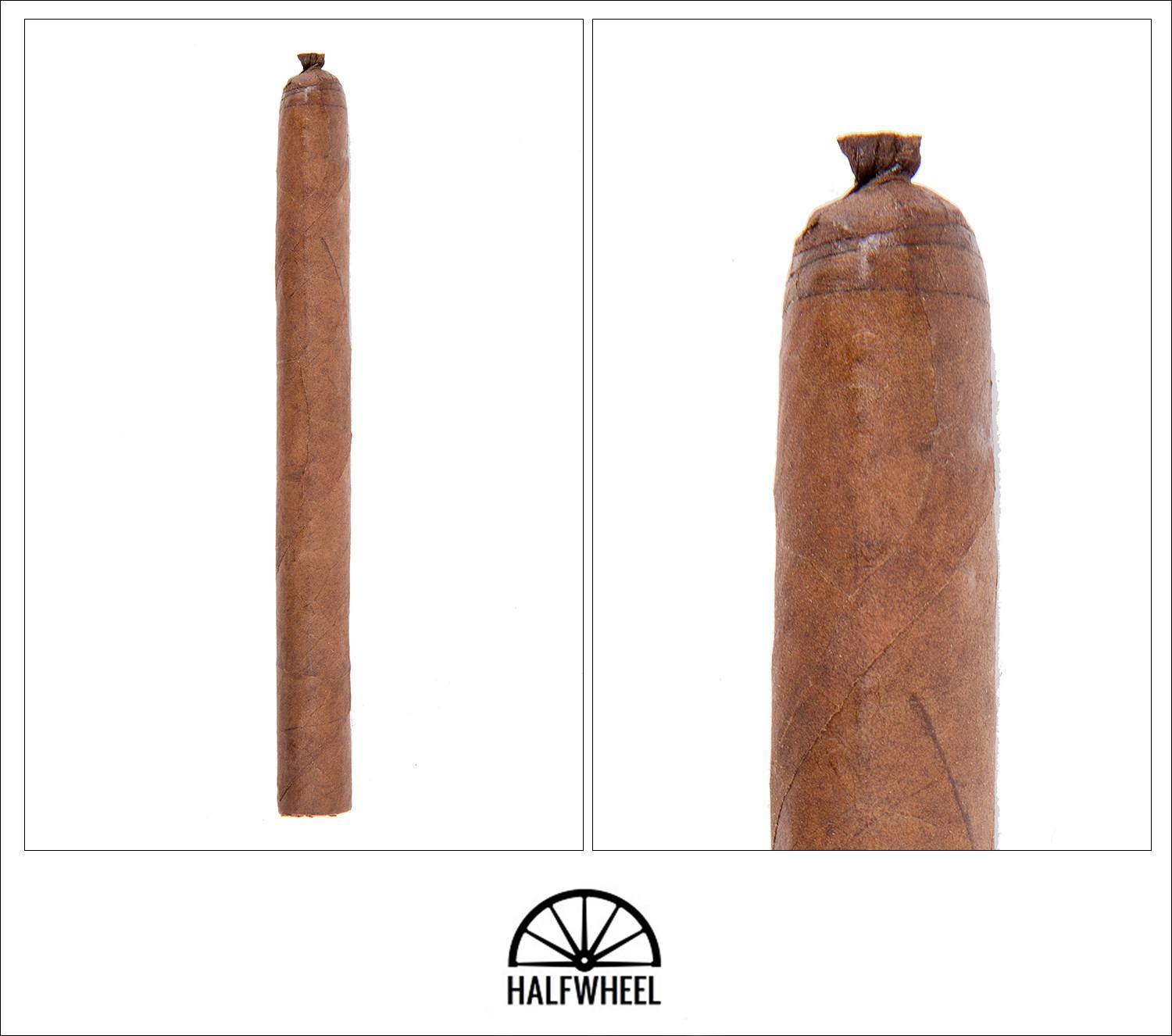 Visually, the Tatuaje Le Vignoble is a great looking cigar with a mocha brown wrapper that is smooth to the touch and noticeably slick with oil. It is a bit spongy when squeezed, but the pigtail is a nice touch, and I absolutely love the vitola. Aroma from the wrapper is strong leather, earth, espresso beans and cedar, while the cold draw brings flavors of creamy oak, cinnamon, dark chocolate, tobacco and a slight indeterminate sweetness.

Starting off, the Tatuaje Le Vignoble features a dominant creamy peanut note, interspersed with notes of leather, light earth, cedar, bitter cocoa and a touch of that same indeterminate sweetness from the cold draw. There is some noticeable white pepper on the retrohale as well as a slight spice on the tongue, but neither seems to be getting stronger as the first third burns down. Construction-wise, the Tatuaje Le Vignoble features an excellent draw and a burn that, while not razor sharp, does not need to be touched up at any point so far. The overall strength comes close to the medium mark by the end of the first third, but ends up falling a bit short. 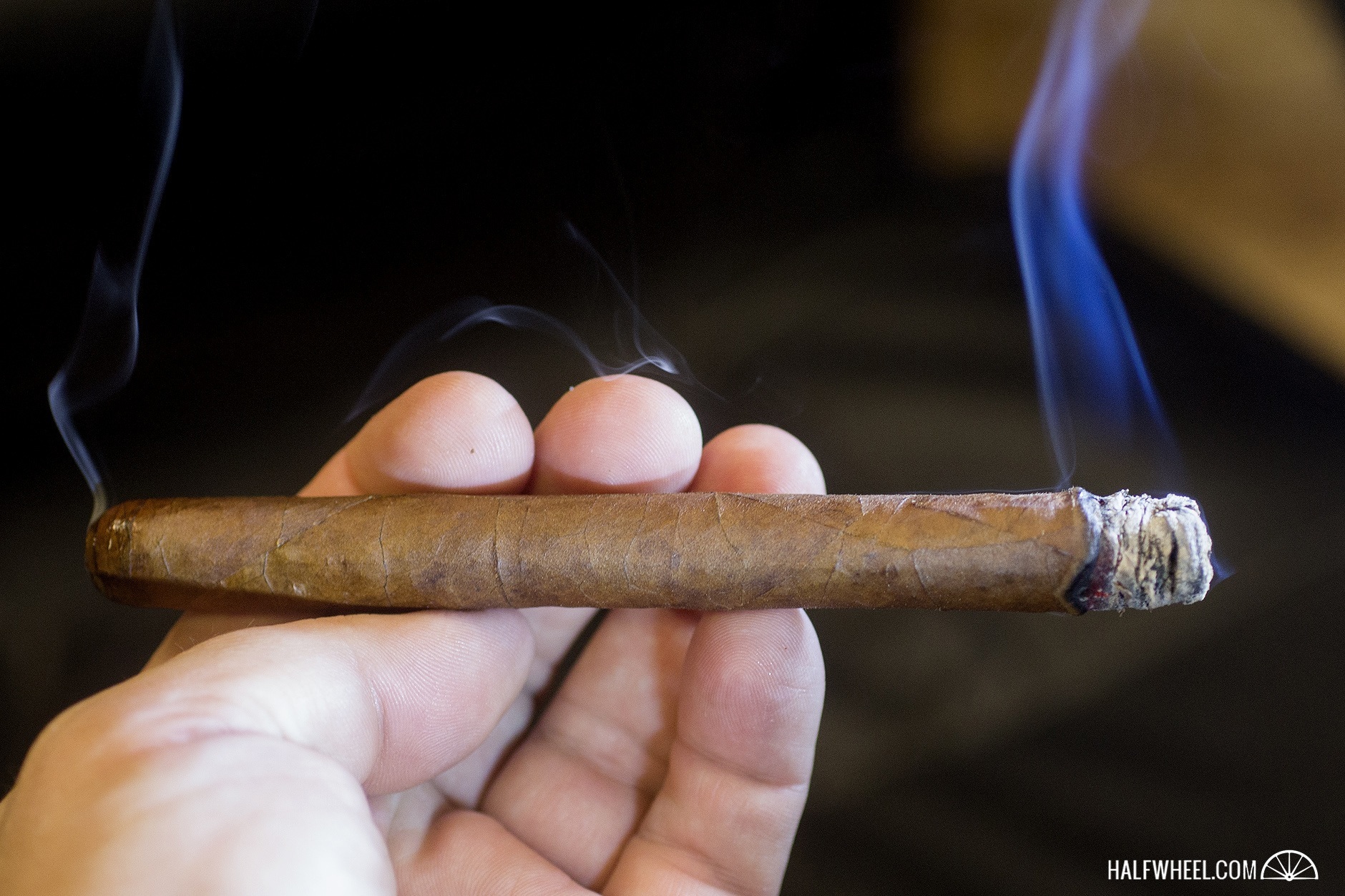 Coming into the second third of the Tatuaje Le Vignoble, the profile has really started to take off, adding a very nice and distinct ground coffee flavor along with a very interesting red pepper note on the finish that surprises me with its strength. Other flavors of creamy nuts, dark and powdery cocoa, leather, anise, bread and cinnamon flit in and out, while the white pepper on the retrohale has remained fairly constant, I start to notice a slight mint note starting around the halfway point. The sweetness has gained strength, reminding me of marshmallows, while the burn and draw continue to impress while the smoke production remains quite high. Strength-wise, the Tatuaje Le Vignoble does hit the medium mark early in the second third, but stalls out there, and seems to be going nowhere further anytime soon.

The red pepper on the finish gets a touch stronger in the final third of the Tatuaje Le Vignoble, but is still very well balanced with the rest of the flavors in the profile, including cloves, espresso beans,  earth, cinnamon and wheat. I do continue to notice the mint note on the retrohale, which combines nicely with the white pepper that is still present as well, while the sweetness has morphed into more of a raisin note. The burn has become close to razor sharp, and the draw remains excellent as well. As expected, the strength goes almost nowhere and ends almost where it began the second third at a solid medium by the time I put the nub down with less than an inch left. Johnson describes this blend as a milder Especiales, and while both are extremely smooth blends, there are quite a few differences. First, the red pepper note on the finish is something that I have never tasted in the Espeicales, and the slight mint on the retrohale I picked up in the second and final thirds are new as well. The vitola is a great choice, not just for the blend but also for the size of the release, and construction was excellent overall. While it will not replace my beloved Havana Cazadores, I think the Tatuaje Le Vignoble is a touch more complex than the Especiales in the Brown label line, and well worth tracking down if you can get a hold of any.