If you read this site with any regularity, you’ve heard about the H-Town Lancero Series.

And if you are a retailer, it probably makes you cringe a little each time a posts comes up. Lanceros, traditionally a 7 9/16 (192mm) x 38, are by in large loved by cigar geeks, but a complete sales flop. The long and skinny cigars don’t appeal to the average consumer, oftentimes because of the image[ref]Stogies are supposed to be “big, fat cigars.”[/ref] and the higher price they command compared to other shapes.

That being said, one store is nationally known for its ability to sell lanceros with abnormally high success: STOGIES World Class Cigars in Houston. The reason is actually pretty simple, Jorge Ahued, co-owner of STOGIES, loves lanceros. And as such, he’s gotten his staff and customers hooked on the size. 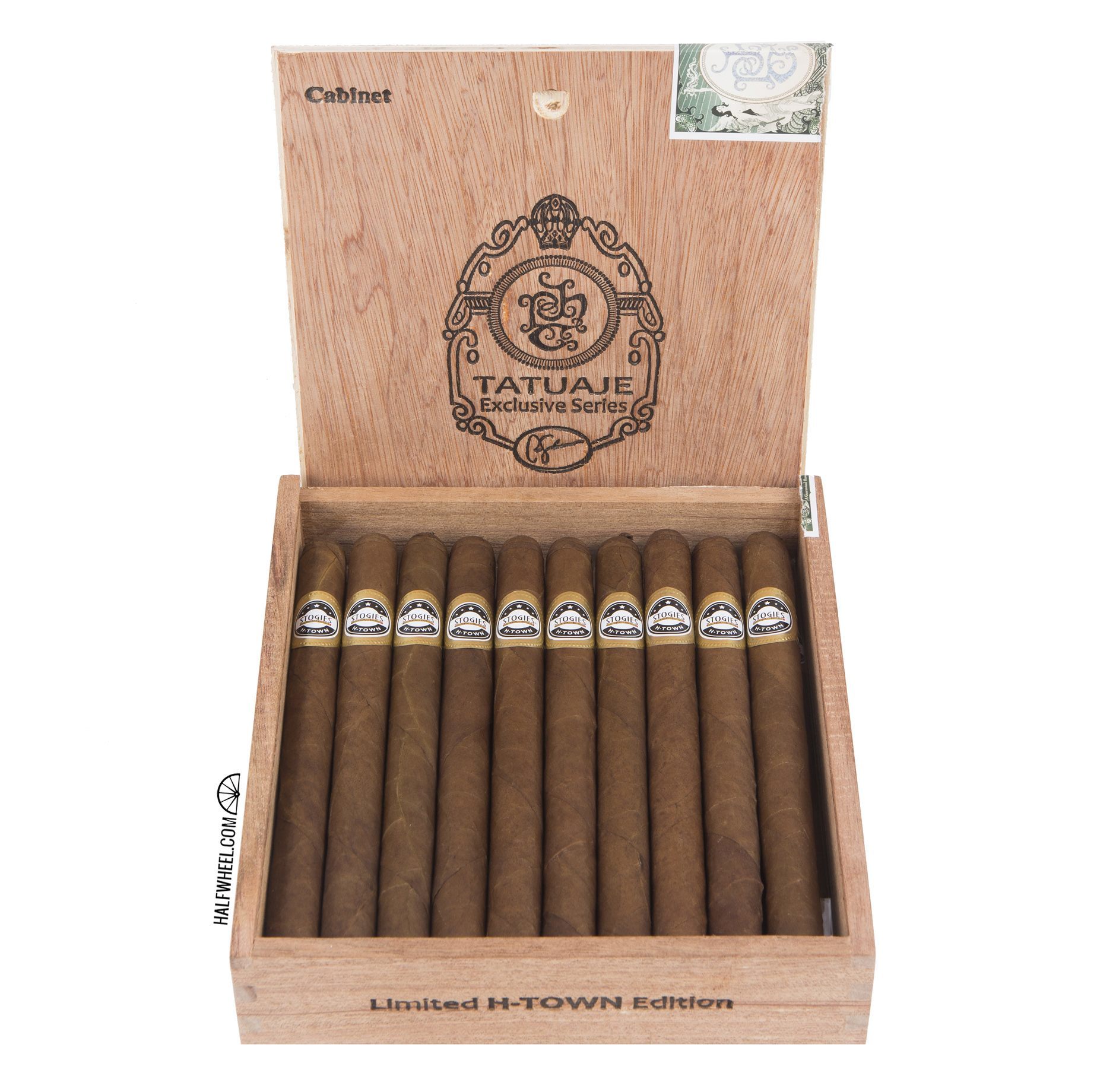 The release is once again limited to 500 boxes, this time boxes of 20 cigars with pricing set at $10 per cigar. This also is the fourth of five planned releases under Tatuaje’s Exclusive Series line for 2015, the name it gives to retailer exclusive cigars. While it looks great, there’s quite a few very small bumps that run down the side that are noticeable to the touch. The bands give me some flashbacks to the original Tatuaje Tattoo, which was a nice 12-second trip down memory road.[ref]It’s been five years?[/ref] Aroma from the wrapper is primarily a sweet cocoa with some mud-like earth and a touch of onion powder. If cigars were judged solely by how the foot smelled, the H-Town Lancero might be the greatest of all time. It smells like whiskey cake, the signature dish from a local Dallas restaurant, named Whiskey Cake Kitchen & Bar. As the name implies, it’s a dessert that uses whiskey, more specifically, “toffee torte, bourbon anglaise, spiced pecans, whipped cream.” The cold draw retains some of the cocoa, although it’s now chocolate milk stout-like sweetness with some orange soda and green tea behind. Both things sound overly sweet, but there’s some restraint from being a sugar bomb.

I honestly could have done with smoking a whiskey cake, but the Tatuaje H-Town Lancero starts with some sharp red pepper on the outside of the tongue, a restrained burnt cedar, milk chocolate and some more of the orange soda in the back. The sweetness fades a minute amount into a candied orange with some lime underneath it. There’s also some licorice and a woodsy character that help to mellow out the sweeter citrus flavors. A small amount of harshness is on the back of the mouth, but it stays isolated. While smoke production and burn are great on all three samples, one sample has an extremely tight draw. I’d peg strength at medium but building, with a full flavor and medium-full body. The second third keeps the orange soda, but it grows up a bit into an orange cream soda with some big spice notes. That transition is almost exclusively on the retrohale, as the citrus in the mouth is just a combination of a more pedestrian orange flavor and some earth. The woodsiness picks up quite a bit overwhelming the licorice and some sea salt lingers on the tongue a bit. At the beginning of the second third adds a meatiness and by the end, it’s like a burnt pork sausage. The strength picks up a tiny amount with every puff, hitting medium-full just pass the hallway mark. Construction-wise, things are the same, for better or worse. 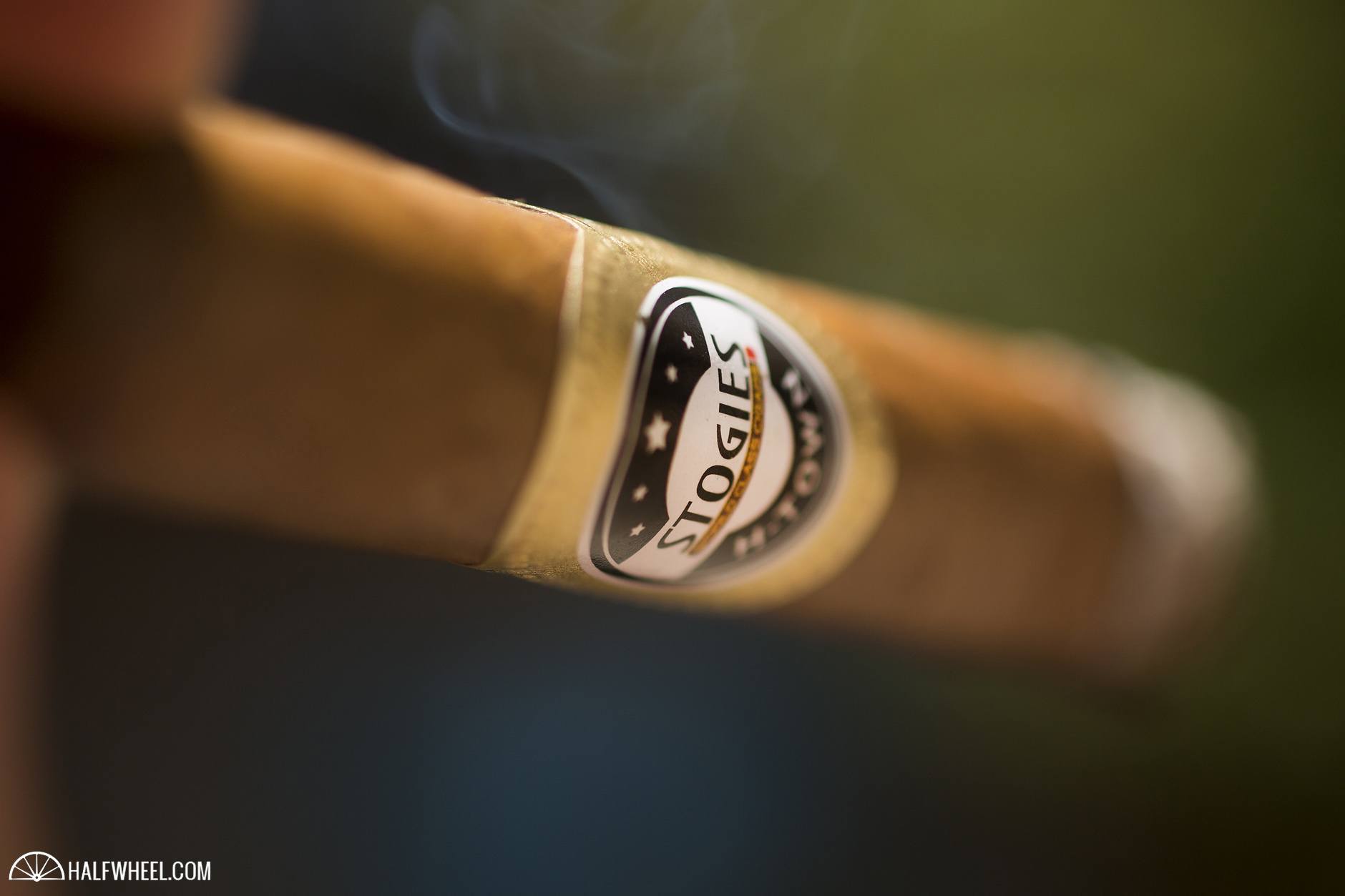 With two inches remaining, the orange soda remains, but it’s beginning to fade. The spiciness is no longer there and with each puff, an acidic lime gets stronger through the nose. The mouth is oddly quite similar, although the saltiness definitely increases and the meatiness is gone by the inch and a half mark. Fortunately, there’s plenty to be smoked after that point and I don’t set any of the Tatuaje H-Towns down until I’m left with about a half an inch of cigar. When we changed the scoring system for 2015, one of the key intentions was to make sure that the flavor and construction categories were evaluated more independently. Specifically, if a cigar had a minor and/or isolated construction issues, they weren’t overlooked in the final score. In a world in which most cigars we review have very good construction, we wanted to make sure that when cigars didn’t perform to this standard, it was noted. The Tatuaje H-Town Lancero is one of the two or three best new cigars I’ve smoked this year, but, one sample had a very tight draw. In the end, it means a good score for what is a very good cigar.