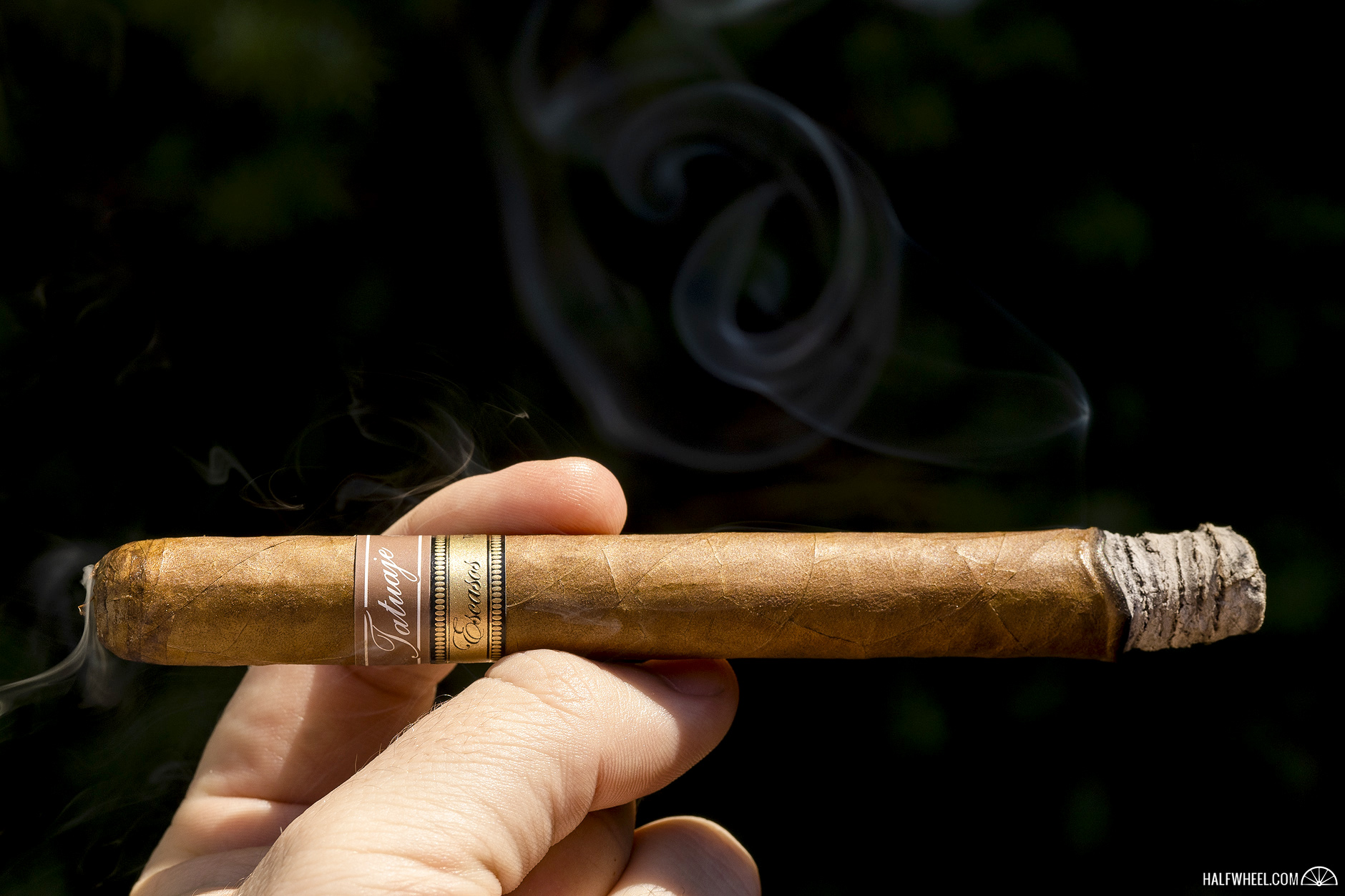 While a good portion of this site is about objectively evaluating cigars, I will admit that I love a good subtle nod in the back story of a cigar.

Case in point, Tatuaje’s Selección de Cazador line. One of Tatuaje’s original lines, Pete Johnson used the six sizes to pay tribute to one of his dogs, Hunter, naming each of the vitolas for one of the letters in the dog’s name:

Additionally, the name of the line translates into hunter’s selection, or Hunter’s selection as it would be. It’s some of those things that unless you’re aware of, it’s incredibly easy to overlook. While I won’t say that knowing it makes the cigar any better, I do think it gives it a bit more depth and story.

About a year ago, Tatuaje announced plans for Escasos, a new line that would be made in Miami. The name, which means rare, is fitting given that not many cigars are made in Miami and even a smaller selection that comes from the My Father Cigars S.A. factory, let alone that the line itself will be limited in production.

That first mention of Escasos grouped a number of cigars together that had previously been a bit disconnected. For instance, Escasos was to include the Gran Tatuaje, a 9 x 55 perfecto that has been announced earlier in 2018 as an informal Tatuaje United States Series. So too would the Gran Cazador, Petite Église and Clos L’Église be part of the Escasos line, the last two of those being cigars that can trace their roots back to at least 2013, originally as U.S. event-only cigars and then European exclusives.

What was known in October 2018 was that all of the tobacco used for Escasos would be of a Havana-seed origin, and that Escasos would be a way for Pete Johnson to release smaller production cigars from the Miami factory.

Jump ahead to March 2019, and Johnson announced a new addition to the Escasos line: the six original sizes of the Selección de Cazador line—aka the Brown Label. 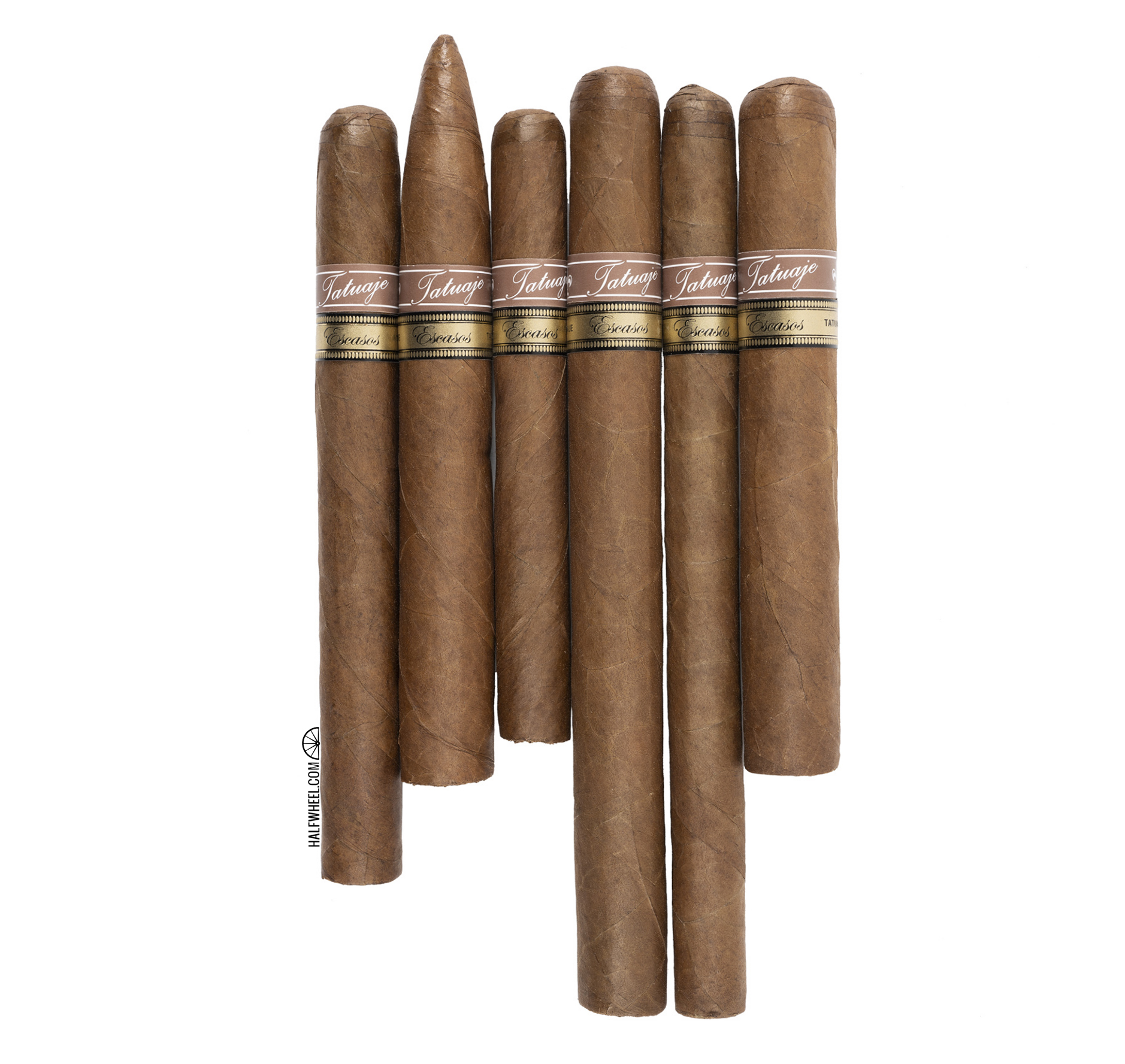 These cigars would use an Ecuadorian rosado habano claro wrapper with a Nicaraguan binder and filler. While the original line uses an Ecuadorian wrapper as well, this was to be a different leaf, though exactly how different was never disclosed. 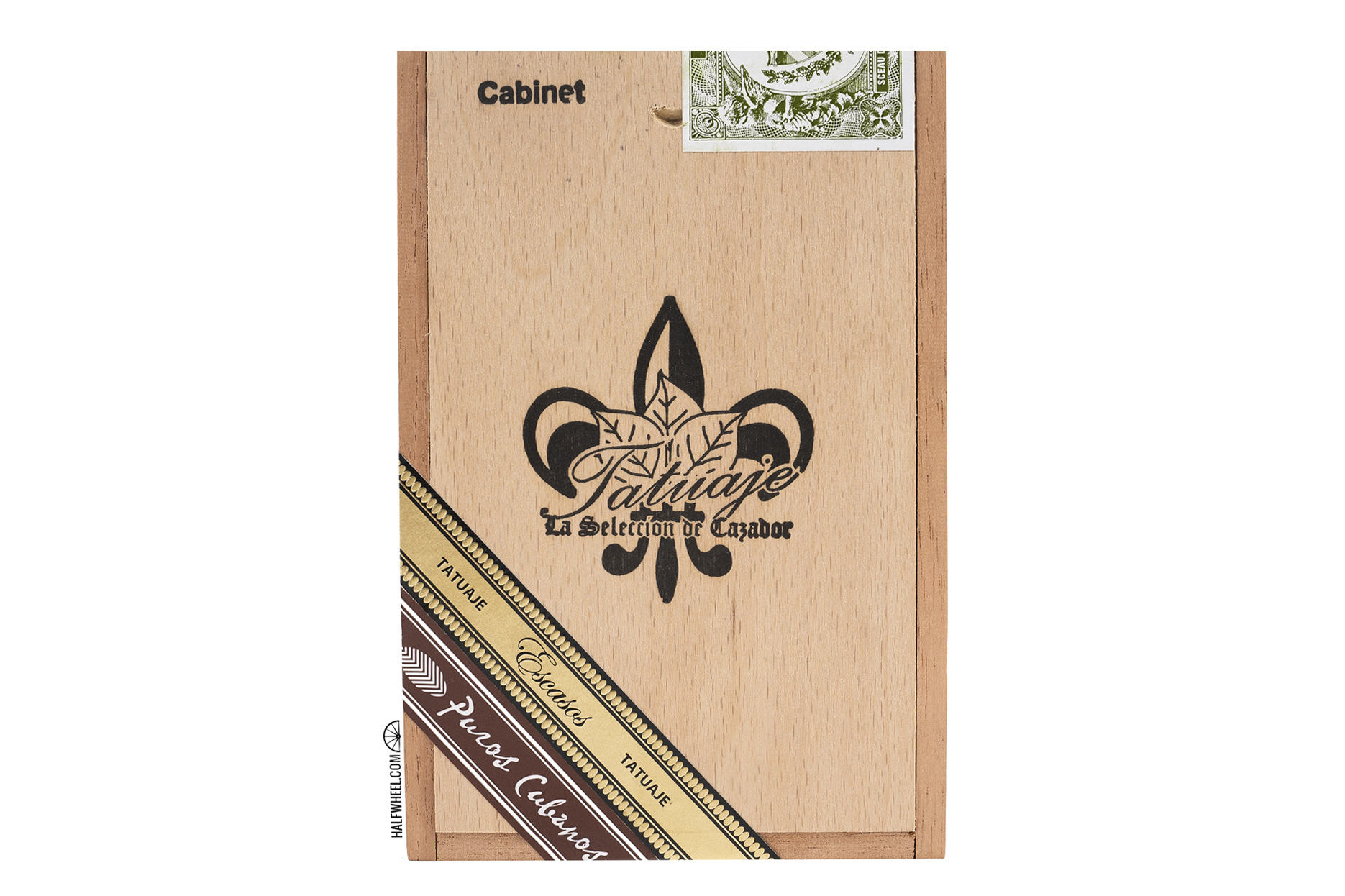 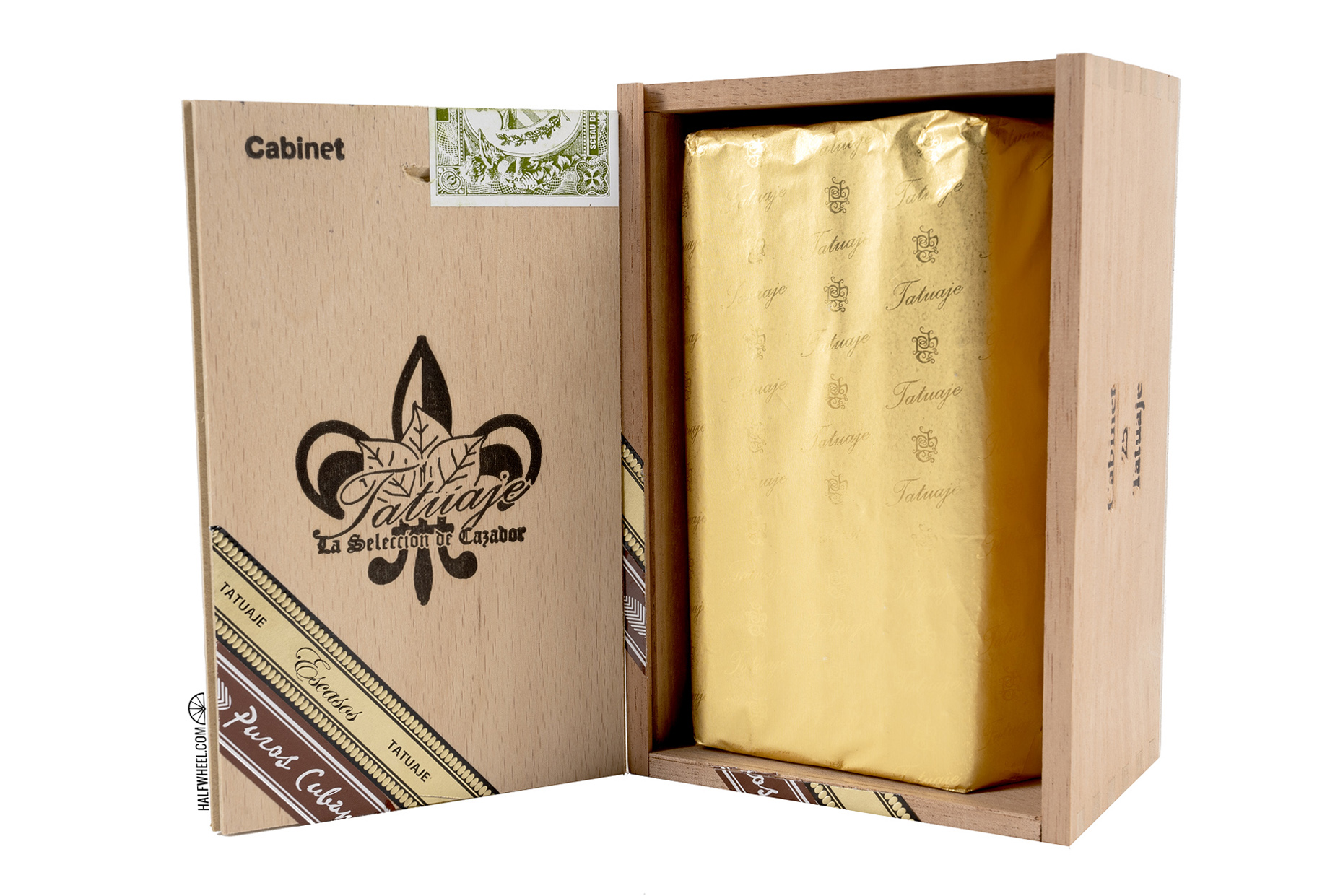 They would come bearing the familiar brown label as well as a gold secondary band with the Escasos name. They would also be limited, with Johnson telling halfwheel that he will make occasional batches of 50 boxes of each size. The cigars got their first preview at the Saints & Sinners Megaherf, which took place April 13 at Ambassador Fine Cigars in Peoria, Ariz. 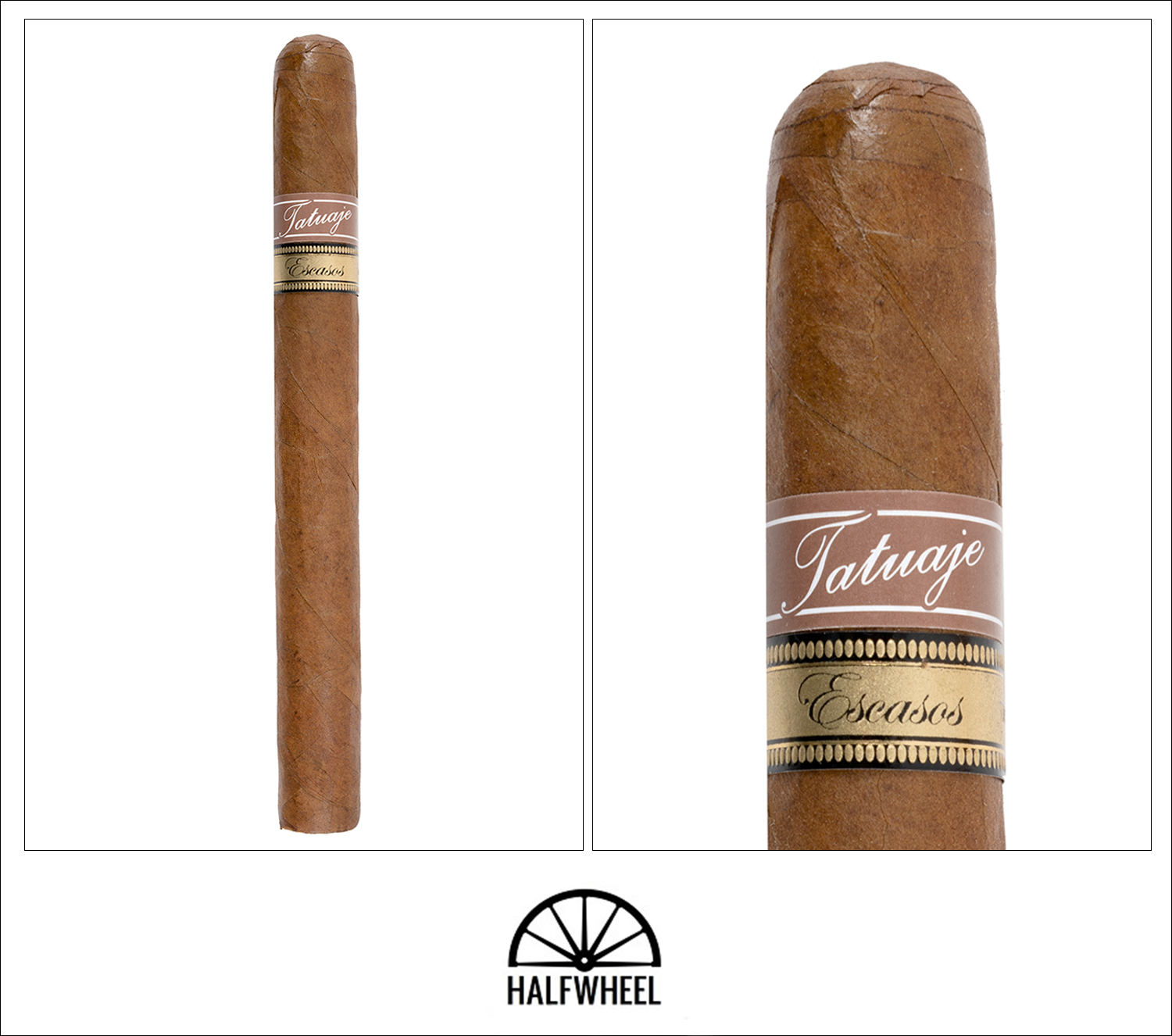 The Tatuaje Escasos HC is an elegant looking vitola, long and slender with nicely tanned wrapper leaf rich with veins and just a bit of an oily finish. For some reason it feels lighter in the hand than I was expecting; some of which I’m thinking is simply due to the fact that I’ve been smoking thicker cigars as of late, but I do wonder about the weight of the tobaccos in this cigar; curiosity more than suspicion. It’s also a bit lighter than what I generally think of cigars wearing the brown band look like, though I’ll admit I don’t smoke enough of the regular Selección de Cazador to have a pinpoint reference. The more I stare at it, I do wonder if the gold in the secondary band isn’t doing something to alter my perception as well. It’s rolled firmly but with just a bit of give left, and from a visual perspective, it looks near perfect. The foot of the cigar reminds me of peanut butter almost instantly, with no overt sweetness other than what you’d get from opening a fresh jar. Pepper and spice are virtually non-existent here as well as on the cold draw, with little impedance to the air flow and a very mild flavor that has me thinking of buttered wheat bagels.

The first puffs offer a dry and interesting flavor that I can’t quite pinpoint but which elicits a distinct tingle on the lips and front of the tongue. It’s a combination of toast, dry wood, peanuts, and just a bit of pepper, all of which are familiar on their own but which tastes unique in this particular combination. For some reason I keep latching on to the peanut note, a food I enjoy but don’t eat a lot of, and one that has a flavor that seems to register in a more pronounced manner on my tongue than others. I’d put the cigar at medium-minus to medium in the first third when it comes to strength, with flavor smooth and almost oily at times, which softens the overall impression. Retrohales kick that up a bit with some black pepper, though it’s incremental at best but does make for a good accent. The technical performance is very good so far, with my only note being a somewhat loose ash.

While I wouldn’t call the Tatuaje Escasos HC a particularly sweet cigar, there is some creaminess that jumps in and out of the profile, which when it is present brings a very pleasant flavor into the mix. It’s almost thick enough to be condensed milk, which when combined with the still present peanut note has me thinking of a peanut butter shake. Pepper is still best experienced through the nose, though more of it is shifting to the tongue on regular puffs. The midway of the cigar is a remarkably smooth smoke that still manages to provide a pleasing dry tingle to the tongue and senses, toasty and nutty with a bit of a dry wood accent at times. There are a few spots where it continues to pick up some creaminess, though I wouldn’t go so far as to say it becomes a defining characteristic. The draw and burn are both very good, while smoke production is impressive for a slender cigar. 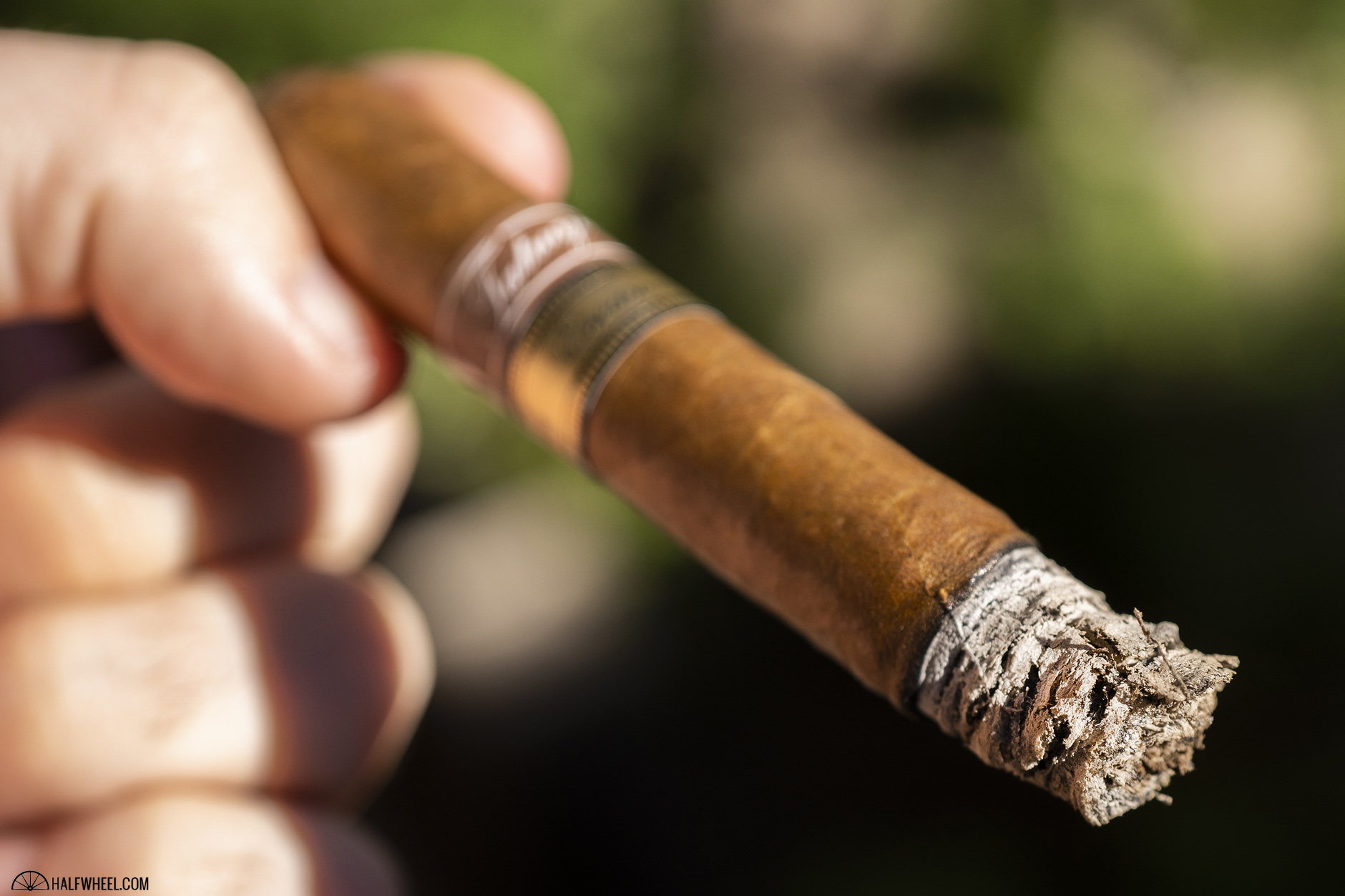 For as much as I enjoyed what creamy sweetness the cigar had to offer in the second third, it departs fairly abruptly in the final third, meaning the peanut flavor stands more singularly now, backed by bits of wood and black pepper. The final third picks up a bit of earthiness, reminding me of a hearty black coffee at first taste but then moving away from that suggestion to pick up some rockiness, a flavor that is the most notable addition as well as the one that evolves the most in this section. Quick puffs do the cigar no favors, so much of the final third is spent figuring out the rate at which to puff in order to keep the cigar burning yet cool so as not to sharpen up the flavors. In more than one sample that means a number of relights, something that I can’t imagine is doing the flavor many favors, but it manages to hide any ill effects quite well. What it doesn’t hide is my frustration with having to constantly relight the cigar, leading me to put it down with a bit over an inch of unburnt tobacco left. 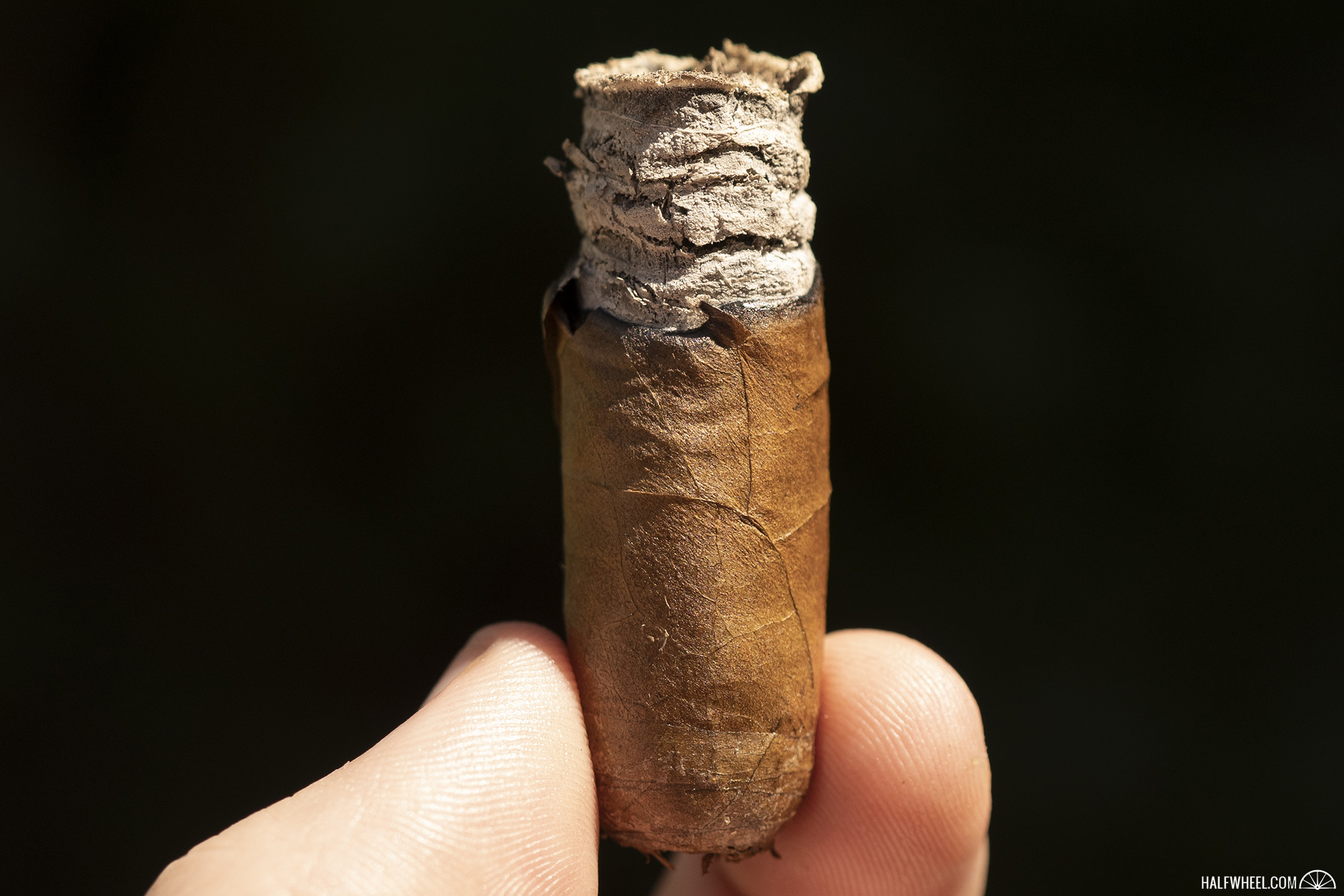 I must admit that I am a bit wary when it comes to putting new wrappers on existing cigars, especially on ones that are already quite good. Thankfully, the Tatuaje Escasos HC manages to do it successfully, giving the cigar a bit milder strength and flavor profile and leading with more of a peanut note than I recall the original having. There's still the concern about the final third, as I'm hoping the burn issues that I experienced were an isolated issue that will resolve themselves with a bit more time and rest. But the net result of the change is an overall positive, and one I look forward to hopefully enjoying more of and in the full HUNTER range of vitolas.