There were lots of questions to be had two years ago when Pete Johnson released the Little Monsters. How would any of the cigars taste in smaller size? What did a fresh version of The Frank taste like? And then of course there was The Drac question. Because of its boxes, the original version of The Drac is believed by some to have been ruined by paint. As such, many who purchased the cigar believe they never had the opportunity to actually see what the cigar would taste like. There’s a new version of The Drac, one closer to the original, and as such, it’s time to ask the question again.

Last year, Pete Johnson of Tatuaje began talking about a project known as “fat little monsters,” a take on the 2012 Little Monster samplers, which was a take on the über popular Monster Series. Tatuaje’s origins with monsters dates back to October 2008 when the company released The Frank as part of its Monster Series. The plan was simple, cigars based off of monster characters from films with names, boxes and even some times blends paying homage to each monster’s respective personality. The series has become an annual occurrence, arguably the most anticipated and craze-filled cigar release of each year.

The suggested retail price for each 10-count box is $95. There will be 20,000 boxes, which began shipping in mid-June. Like the Little Monsters, the cigars are expected to be released in multiple shipments. 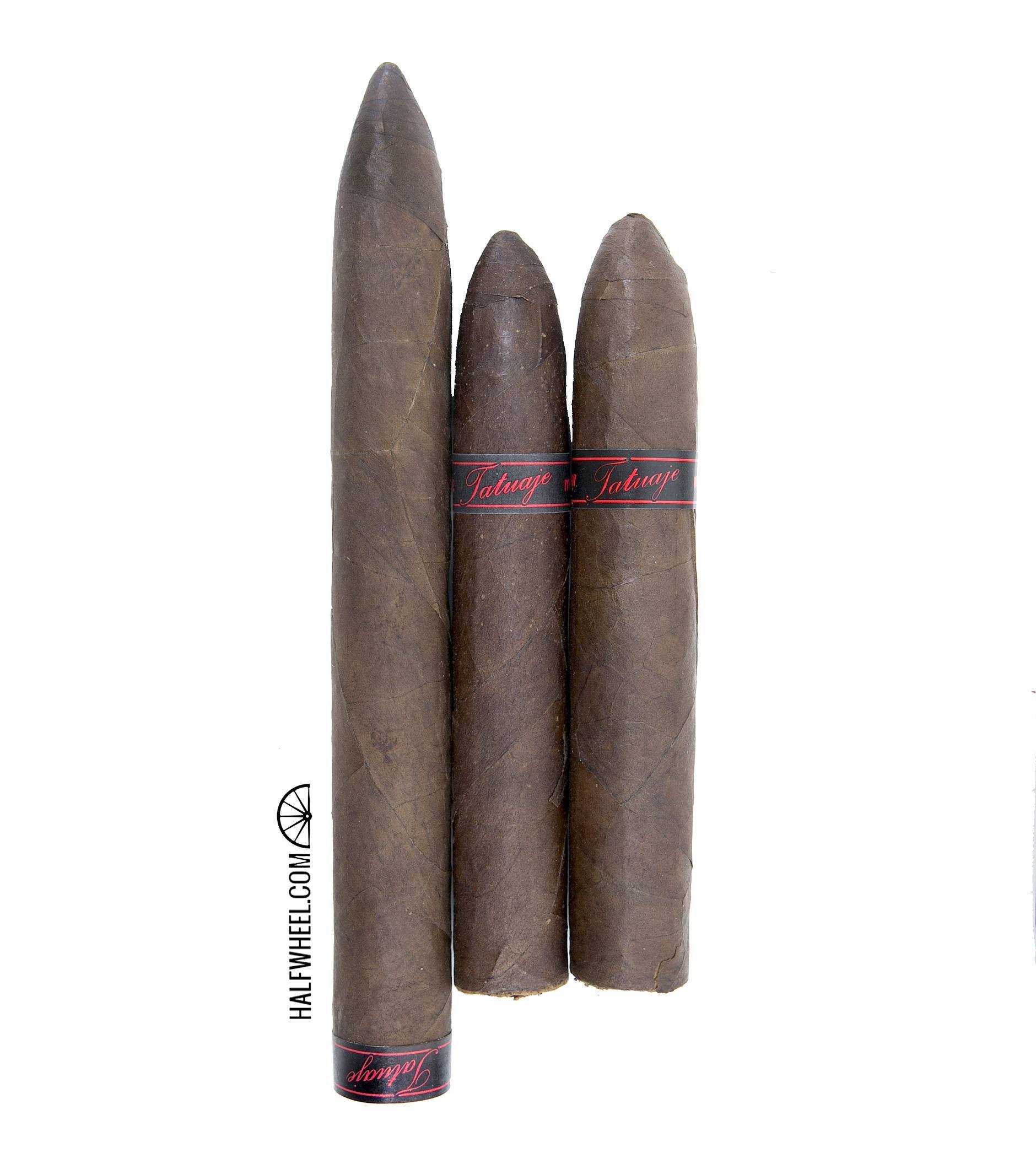 For The Drac blend, this is now the third release: The Drac, Lil’ Drac and (the) Drac. I don’t think there is a band that has faded quite like The Drac. The original is quite dull now, which means the brighter band and the oily wrapper make for a nice contrast. There’s a mixture of sweet cocoa and an overpowering red pepper from a relatively full wrapper. The foot is sweeter, less distinct, with notes of graham cracker, acidic pepper and roasted nuts with far less pepper than the wrapper. Cold draws are inconsistent with one being grassy, earthy and having pungent leather; the other two have gigantic red pepper notes with sweet cocoa.

There is a toasty cedar aroma with some notes that smell like rising chocolate chip cookies. The Drac, begins with mouthwatering notes of oatmeal, cedar, earth, creaminess and no signs of pepper. It’s a much tamer version then what I found on two of the cold draws, where the red pepper was truly overwhelming, but it slowly gets back there. The red pepper notes begin to pick up, some dark chocolate and burning cedar notes. There’s also a sweet and salty contrast with the Drac, which isn’t something I would peg as being a regular feature for the blend, but is thoroughly enjoyable. Strength is medium-full with little hint of it increasing. 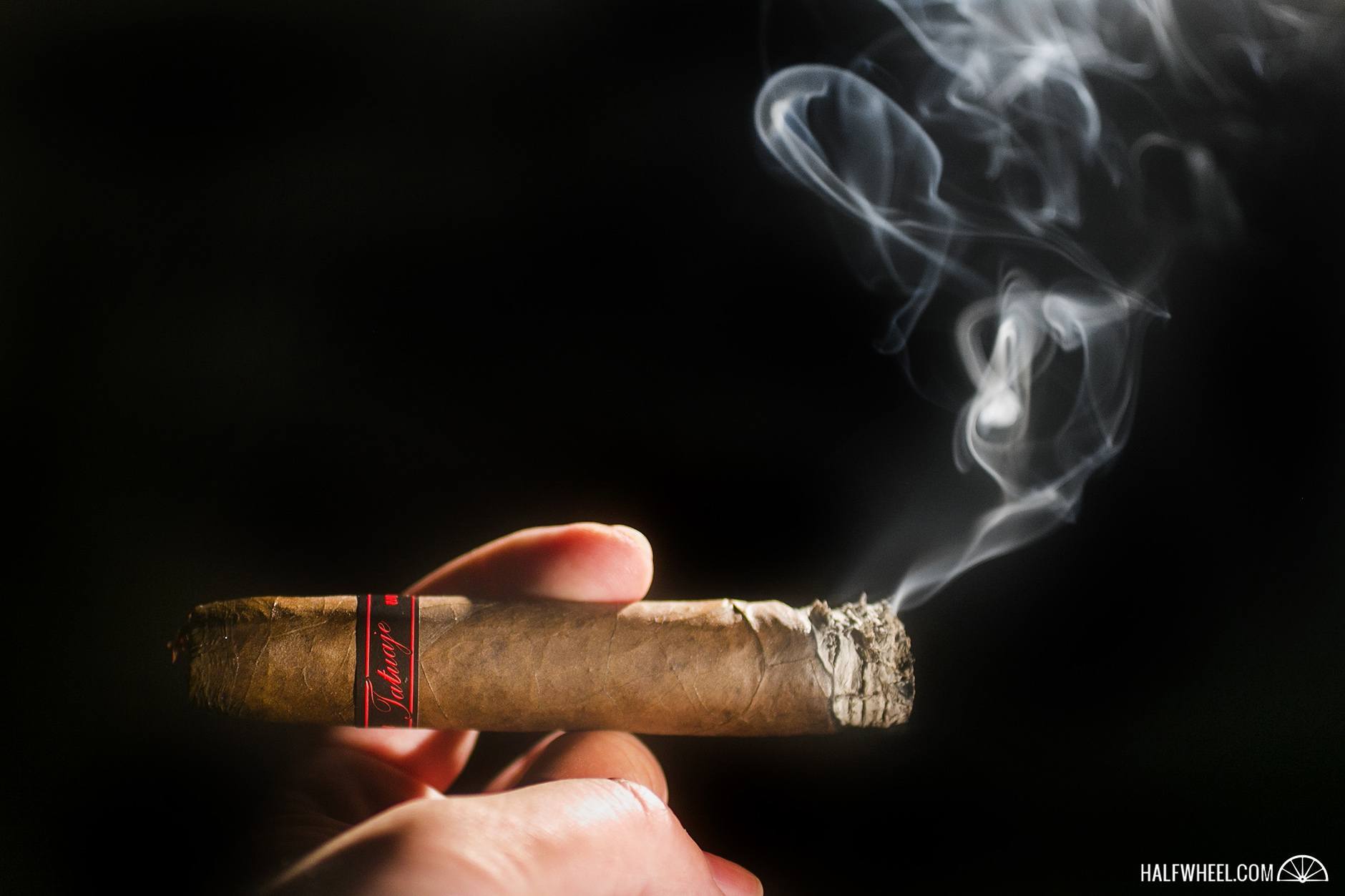 The oatmeal note remains for the middle parts of the Drac, but it is becoming overwhelmed by other notes, notably the red pepper which is now almost entirely dominating the retrohale. The cocoa note sweetens to more of a milk chocolate, although it’s much more retrained as a secondary note. Temperature of the smoke is warming, but I actually find that it benefits the profile, particularly drowning out every ounce of grassiness and making the profile warmer. Strength is still medium-full. Construction of the Drac leaves a bit to be desired with a lighter needed to fix an uneven burn, particularly towards the second half. Things harshen a bit as the torpedo begins to thin out. What it is left with is some saltiness now mixed with a sourness, somehow creating a lot of good. While I have little nice to say about the burn of the Drac, the flavors are great: creaminess, remnants of pepper, semi-sweet chocolate on the tongue, cedar and a refreshing citrus and fading pepper note on the retrohale. Strength seems to have receded a bit, still never able to hit the full mark. Eventually, the Drac has had enough and I put my lighter and the Drac down. The Drac, little the, is not magical, but it is very good. Its size is like a good book, ending leaving me wanting a bit more. But it isn’t without its flaws, construction that ranges from tricky to somewhat declining, but the cigars managed to stay lit—with the assistance of a lighter—until the end, albeit, varying points of end. Does it live up to my hopes and dreams of The Drac? No. Would I be opposed to seeing this on shelves on a regular basis? Absolutely not.