For a brief moment, I wondered if this was actually the first time there was a Cohete Reserva. From what we’ve been able to tell at halfwheel, this is in fact the first time.

The Cohete’s story began some 16 years ago when Tatuaje released the 4 x 50 petite robusto as an exclusive for Tower Pipes & Cigars in Sacramento. That release was made at El Rey de los Habanos and limited to just 50 boxes of 25 cigars. It returned in 2009 and 2013—both exclusives to Tower, though with more cigars released—and then, earlier this year, returned in a very different manner. 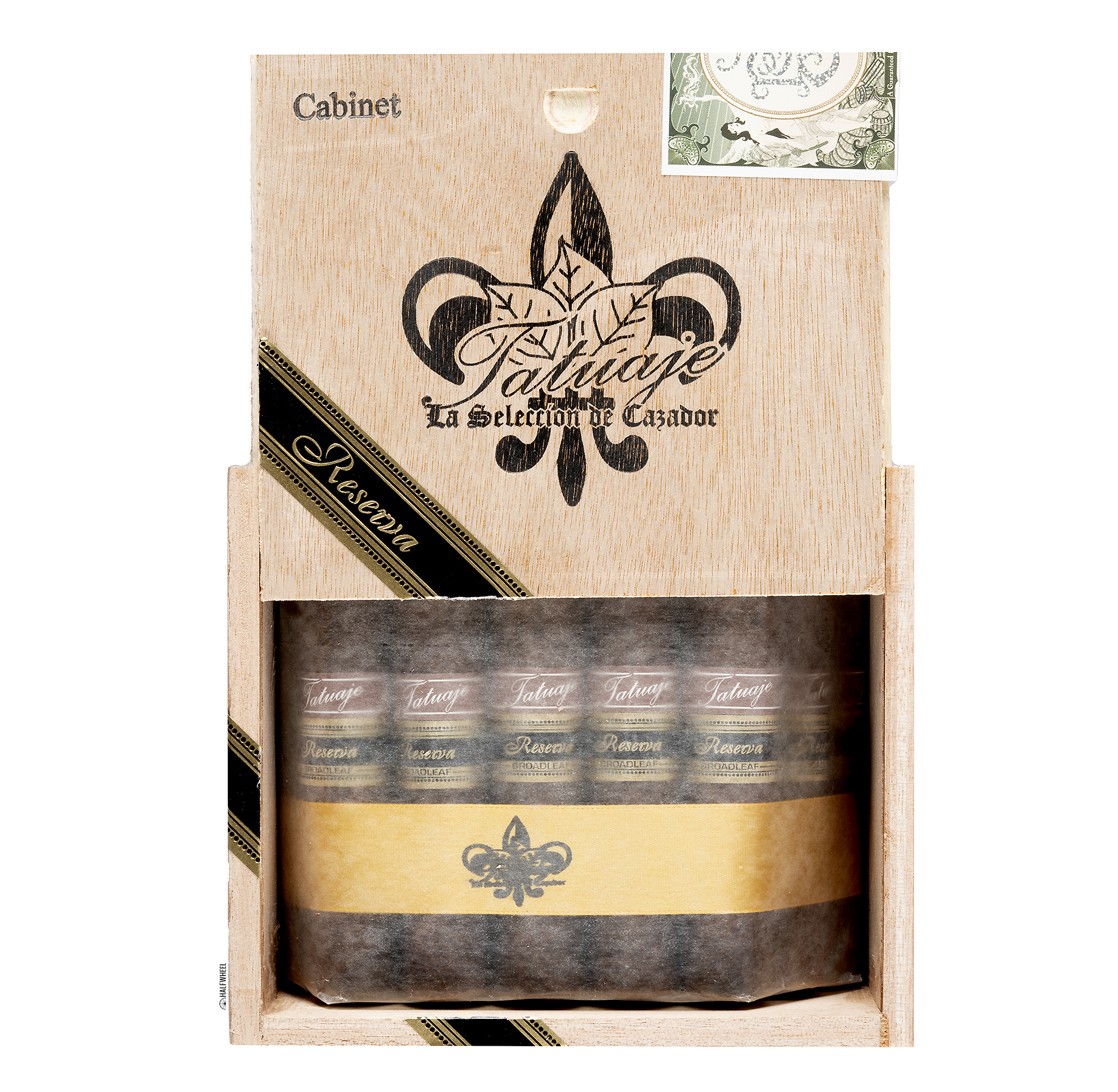 Like Tatuaje did its the T110 last year, the new release of the Cohete is actually three different cigars. One of them is the regular Cohete, a second wears the Capa Especial band that usually in Tatuaje parlance means the wrapper is Ecuadorian Sumatran, and a third wears the Reserva band. While other cigars have used the Reserva band and not featured a Connecticut broadleaf wrapper, the Cohete Reserva has a broadleaf wrapper. Also like the T110 last year, the other notable changes are that the cigars were sold at more than just one store—instead offered to Tatauje accounts nationwide—and presumably with increased production.

Pete Johnson of Tatuaje did not return an email sent in January seeking information about the production numbers and other details. 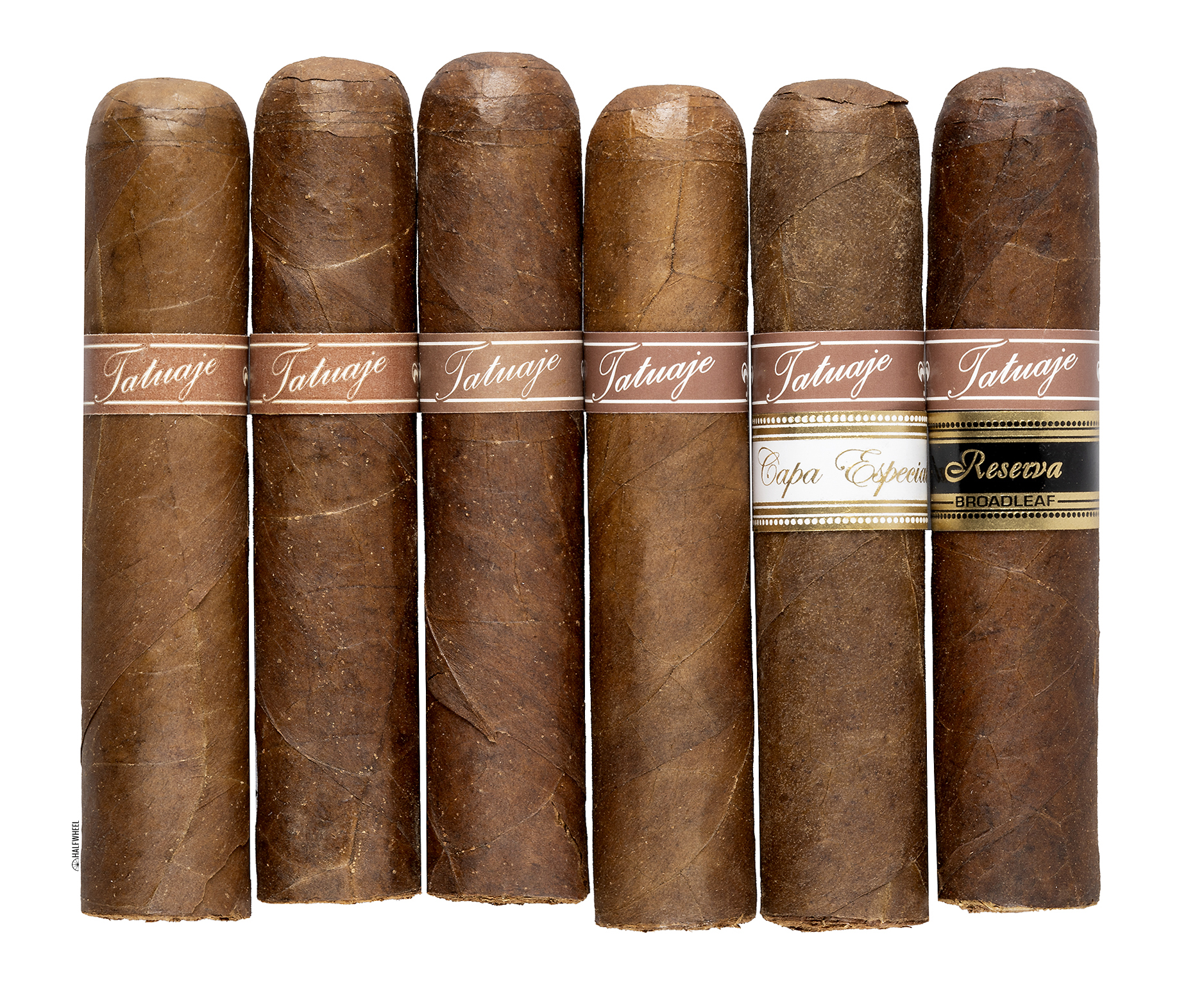 The combination of a broadleaf wrapper and the black and gold Tatuaje Reserva secondary band is quite familiar. While broadleaf isn’t known for being the most flawless-looking wrapper, this one seems a bit rougher than normal though some of that might be more due to how these particular cigars were put together. One sample—pictured below—has a cap that is detached in multiple places and there are other visual imperfections like loose seams on the other cigars, but my largest concern is how tight two cigars feel from a visual perspective. The aroma from the wrapper is medium-plus and smells quite a bit like the wooden box the cigars shipped in, but I can also find some manure-laden barnyard and some campfire smells. The foot is more intense with scents that are both sweet and savory: creaminess, hay, a more neutral barnyard and a bright acidity that at times can remind me of the smell of a freshly-painted room due to the brightness. Cold draws are medium-full with flavors of saltiness, nuttiness, a vibrant mayonnaise sensation, some leather and fruitiness. Not surprisingly, the two Coheres that felt tight in my hand also feature tight cold draws.

While one cigar struggles to provide much smoke production at first due to the tightness, the other two cigars provide a dry and nutty flavor. After the initial bit of smoke leaves my mouth there’s a coating that reminds me of the effects of sparkling water. Flavor-wise, the profile has all the signs of a classic broadleaf earthiness with added flavors of crisp peanuts, black pepper and leather. It finishes with some added sugar sweetness, a stale bottled water flavor, earthiness and a long-lasting black pepper. Retrohales are similar to the main flavor—earthiness, leather, saltiness—but there’s also some cinnamon. They finish saltier than any other part of the first third thanks to nuttiness and salt, joined by hay, leather and then a restrained white pepper flavor. Flavor is full, body is medium-full and strength is medium-plus. All three cigars need a touch-up to help with smoke production and, on one cigar, an uneven burn. The draws of two Cohete Reservas aren’t ideal, though one is substantially worse than the other.

The Tatuaje Cohete Reserva gets sweeter in the second third. Some of this is due to new flavors that are sweeter themselves, but some of this is due to a reduced amount of saltiness. Leather and earthiness are still prominent, but a brown butter note overtakes them as the strongest flavor. At times I detect a flavor that reminds me of a sesame seed hamburger bun while there are other flavors like a mild isolated acidity and some touches of white pepper. The finish continues to be led by the brown butter, joined by white pepper, earthiness and hay. Toastiness and white pepper take over after about 20 seconds and coat the palate until its time for another puff. Retrohales have a sweeter but spicy bread flavor that gets close to a gingerbread, though I never get a full-on gingerbread flavor. When I can’t force as much smoke into my nose, the profile has some sourdough and herbal flavors. The finish is creamier with a rich margarine flavor over leather, some saltiness and—at times—that sesame seed bun flavor. Flavor is medium-full to full, body is medium-full and strength is medium-full. Construction is fine—not great—on one cigar, a touch-up is needed on another cigar, and the cigar with the tightest draw is suffering from both draw and burn issues. 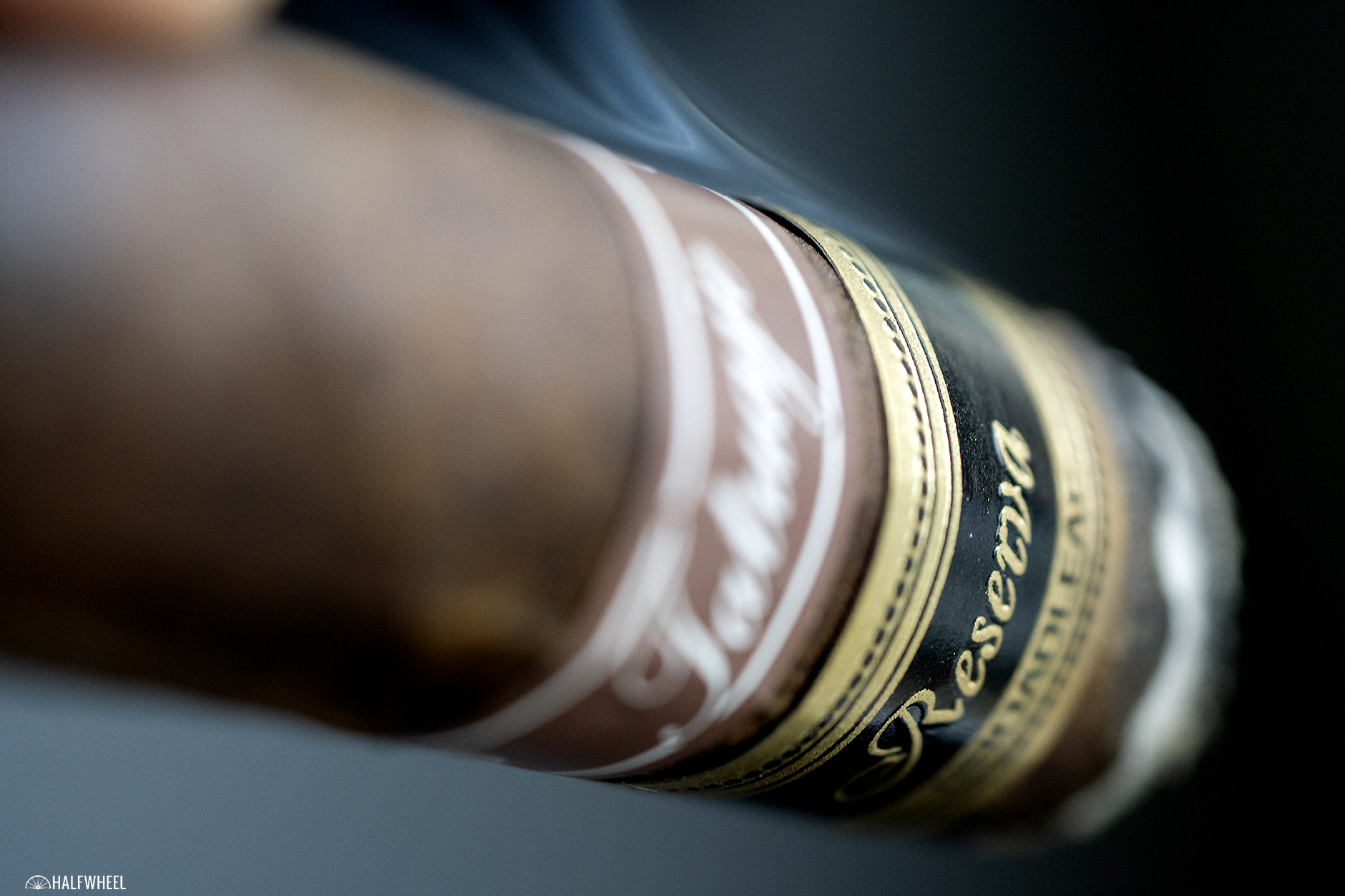 That sourdough bread flavor disappears for 10 or so minutes but then returns as the leading flavor of the final, just edging out leather, earthiness and black pepper. As the cigar gets closer to the end, I can taste a bit of harshness on developing on my throat. The Cohete Reserva finishes with a grain cereal, sourdough bread, leather and some touches of a metallic flavor. Retrohales have a unique toasty flavor that seems like it should be part of a barbecue but I can never place it. There’s also sesame seed, a more terroir-forward earthiness, cognac-like whiskey flavors and red pepper. The finish has toastiness, creaminess, herbal flavors and some earthiness, though with enough consecutive retrohales it gets very pepper-heavy. Flavor is full—maybe not Tatuaje broadleaf full—body is medium-full and strength is medium-full. Construction is a continuation of the rest of the cigar: one sample is suffering a lot from a tight draw, another is decent and the third is much better. 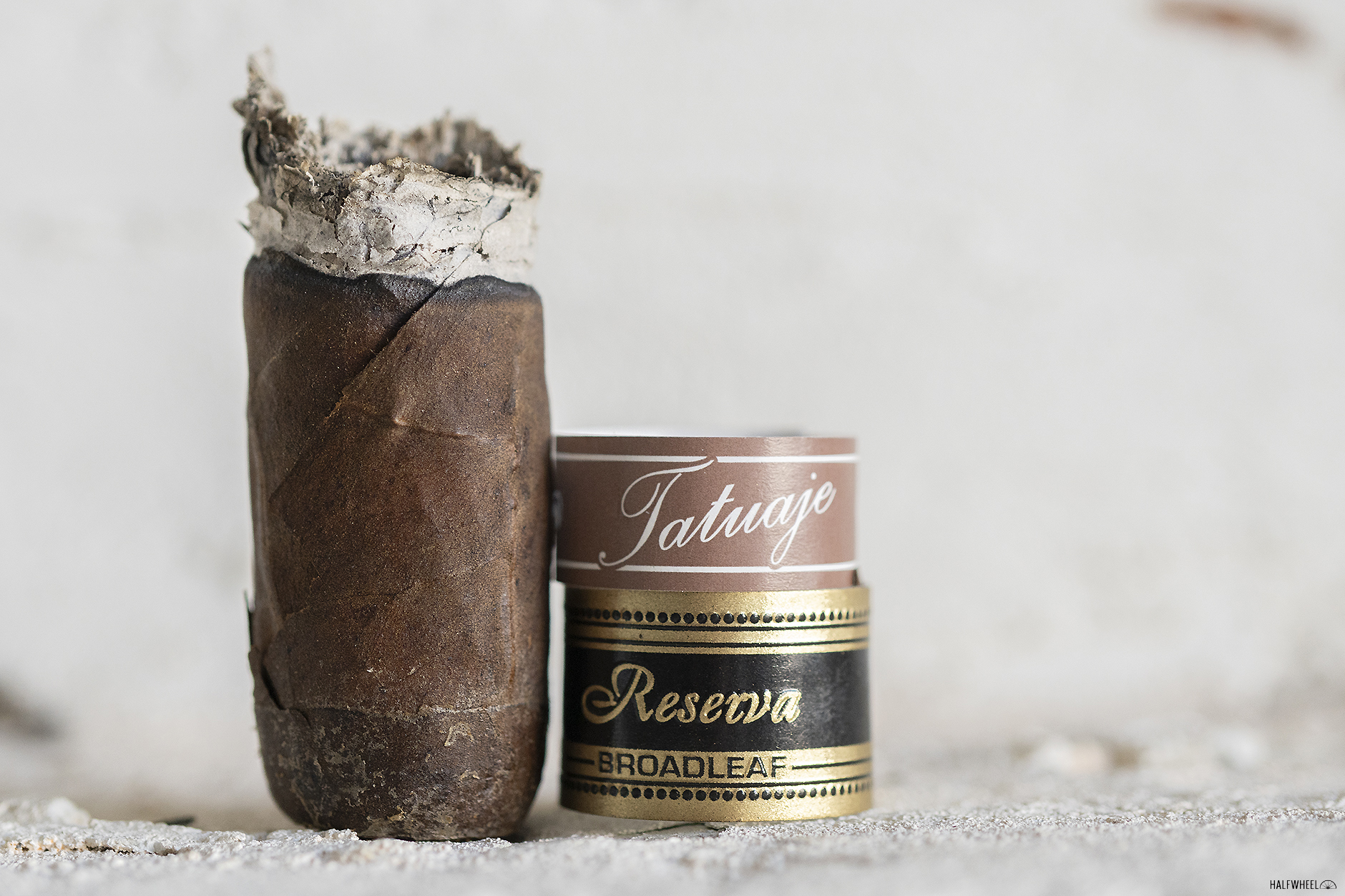 I purchased a box of the 2013 Cohetes for me to smoke personally, a testament to just how highly I think of that cigar. Even at its best, the Cohete Reserva isn’t as good as that cigar, but I don’t think that’s the full story. This review is soured by the first sample’s very tight draw, but I think there’s plenty of potential here. If every Cohete Reserva is like the third sample, this is an excellent cigar and a decent enough value for a $9, limited edition, broadleaf Tatuaje cigar. The problem is the draw isn’t going to get improved with more time in the humidor and if three cigars are any indication, the box we purchased might have more problems with tight draws. I haven’t smoked either of the other two 2022 Cohetes, but here’s to hoping they avoid the similar draw issues.