As has become tradition, Pete Johnson of Tatuaje Cigars has announced—via his private Saints & Sinners forum—the list of retailers who will receive dress boxes of this year’s Tatuaje Monster Series release. They are known as the Unlucky 13, 13 retailers who will each receive 31 13-count dress boxes.

If the numbers are getting to you, it’s on purpose. A total of 666 dress boxes are released, the bulk of which go to the Unlucky 13, although other retailers will receive between one to three dress boxes. In addition, Johnson makes an additional 34 dress boxes for himself; while the 666 are numbered, the remaining 34 are not. 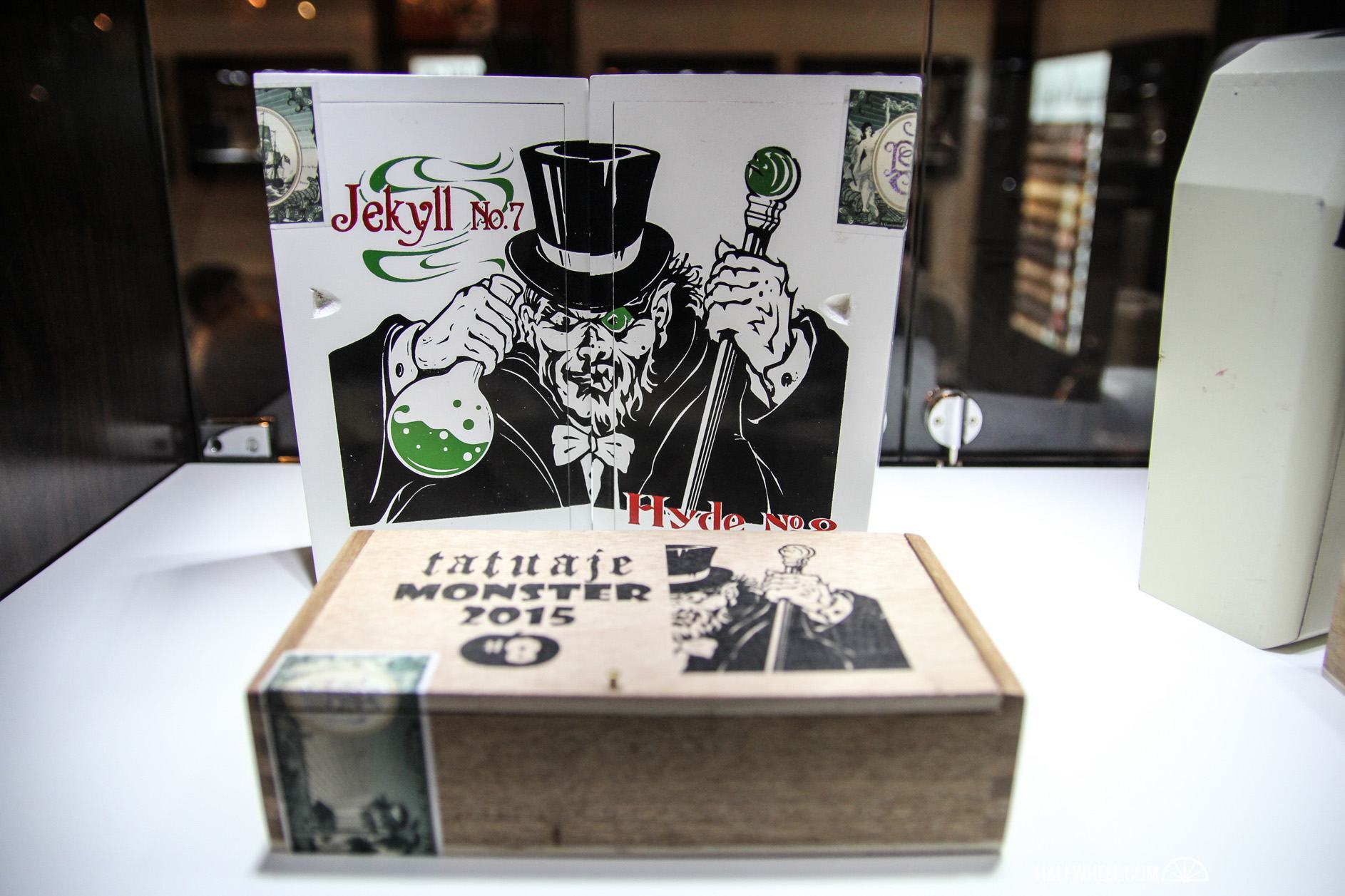 And in addition to the 666 American dress boxes, which feature white paint, there are 62 gray dress boxes made for Europe.

But that’s not all. While the dress boxes will sell out quickly, The Hyde will be readily available. Johnson told halfwheel production will be the same as last year, 4,500 boxes of 10 cigars in addition to the dress boxes. The only difference between the cigars is the dress box cigars do not come in cellophane, where the 10-count boxes do. As for the cigar itself, The Hyde is a 7 x 49 churchill that features a rounded cap similar to the famous Cuban 109 size. It’s identical in shape to last year’s release, The Jekyll. The cigar uses an Ecuadorian Sumatra wrapper over Nicaraguan binders and fillers. The Hyde features a reverse color scheme to The Jekyll, white text on a lime green background as opposed to green on white. It is the same blend that was given out in prerelease form at the 2014 IPCPR Convention & Trade Show.

The Hyde, like the rest of the Monster Series releases, will retail for $13 per cigar.

This is the eighth, of 13 planned, Monster Series releases, all of which are based on characters from fictional monsters. This year’s released is based on the Mr. Hyde character from Strange Case of Dr. Jekyll and Mr. Hyde.

Johnson told halfwheel that the cigars will ship on Monday.

To date, only one retailer— the defunct Gloucester Street Cigar—has been selected more than once for the Unlucky 13.