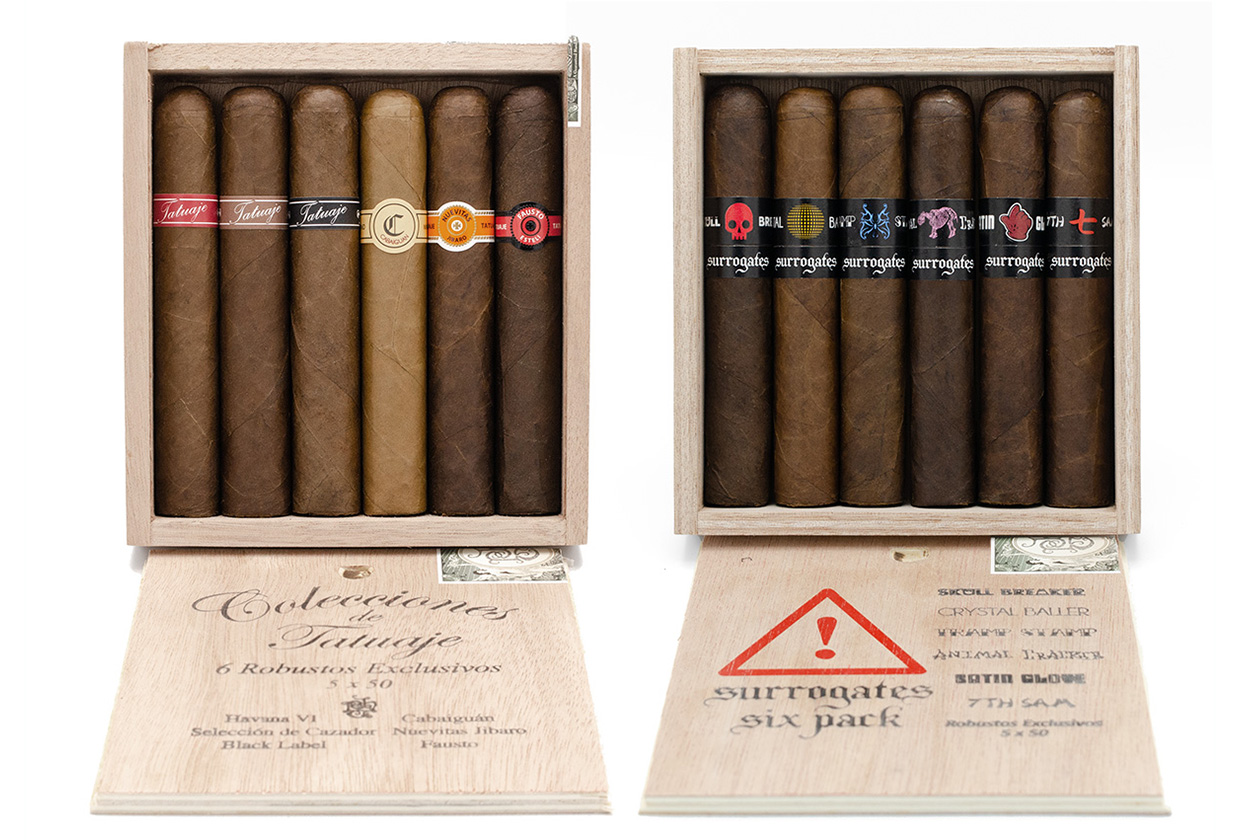 If you’ve been wanting to try a number of cigars from Tatuaje and the Surrogates brands in robusto vitolas, the opportunity to do so has arrived. A pair of new samplers, the Colecciones de Tatuaje 6 Robusto Exclusivos and the Surrogates Six Pack, are coming to retailers in the coming weeks. Each contains six cigars from their respective brands in 5 x 50 robusto vitolas, a new size for 10 of the 12 cigars between the two samplers.

Inside the Colecciones de Tatuaje 6 Robusto Exclusivos are 5 x 50 vitolas in the following lines:

The Havana VI is the only one of those to offer a robusto in its regular production portfolio, the Tatuaje Havana VI Nobles. The Black Label line has also had a robusto, but it has been an event-only cigar used as a sales incentive.

Inside the Surrogates Six Pack are robustos in the following lines:

Again, only one of those lines—the Animal Cracker—has been available in a 5 x 50 robusto size.

Both samplers will be ongoing production items, with pricing set at $54 per sampler, before taxes. They are produced by My Father Cigars S.A. and will begin shipping on Dec. 14.

Added clarification about the history of the Tatuaje Black Label Robusto.