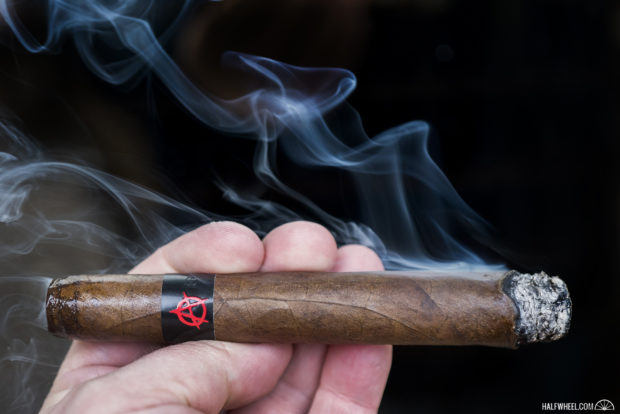 One of the first of these series was thought up by South Florida retailer Smoke Inn, which became the home of the Microblend Series, now encompassing 13 different cigars that have either been released or announced, with the latest being the Hand Gripper made by Moya Ruiz Cigars which went on sale Feb. 16.

However, while the Microblend Series now includes over a dozen cigars, the debut release in 2010 was from none other than Tatuaje. Named Anarchy, the 6 1/4 x 48-52 cigar that features a large pigtail bun on the cap and was limited to just 22,500 sticks packaged in boxes of 15. Blend-wise, the Anarchy incorporates an Ecuadorian habano wrapper covering filler tobaccos from Nicaragua that was rolled at My Father Cigars S.A. and carried an MSRP of $9.99.

That first Anarchy sold so well that Smoke Inn followed it up in 2013 with a slightly smaller version named the Tatuaje Anarchy Apocalypse that featured a tweaked version of the original blend that promised to deliver flavors in a “somewhat of a more concentrated fashion.” In 2015, Smoke Inn announced that the original blend would return—albeit sporting a different band—as the 12th release in the Microblend Series that was limited to 666 boxes of 15 cigars.

This is what I wrote about the original Anarchy back in 2010:

This is going to be one of those cigars that some people absolutely love, while others will think it is fairly average…While it has been a while since Tatuaje has released anything other then a stellar cigar blend wise, the Anarchy is (much like the “Outlaw” release earlier in the year) just an ok cigar…It has the basic Nicaraguan (in general) and Tatuaje (in specific) flavors, but it never rose above the normalcy of those points…It is totally smokable, and not a bad stick at all, but does not come close to the complexity of the other recent Tatuaje releases like the Barclay Rex 100th, the Pork Tenderloin or even the Face…The construction and the look of the cigar is absolutely wonderful, but it is not enough to make up for the “normal” blend…Give me the Rex blend in this vitola, and I would buy them by the pallet…As it is, the money I would have purchased a box of these with I will be putting aside to buy into the “Saints and Sinners” program early next year… 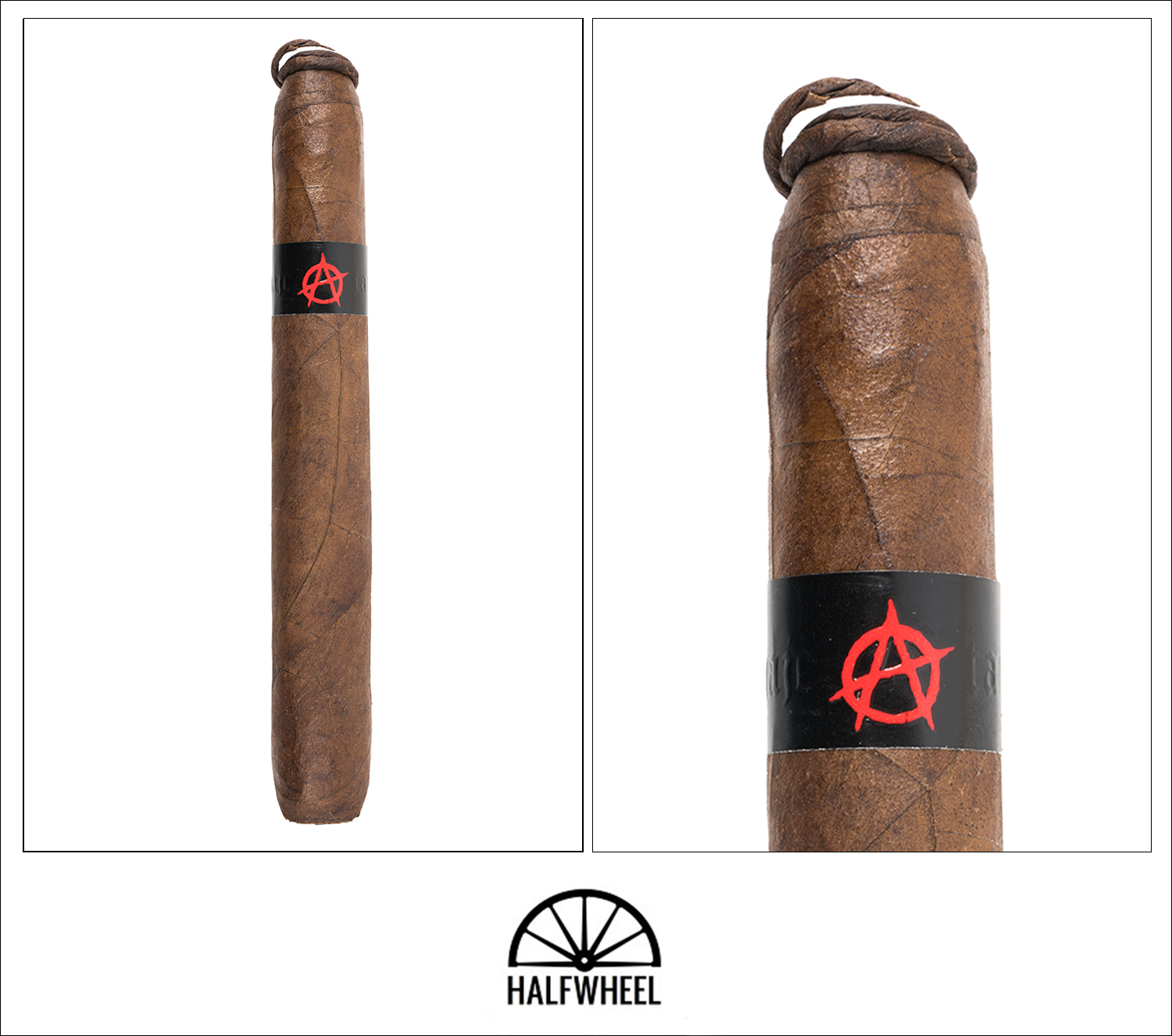 After basically having to cut open the nearly brown cello covering the cigar, I ended up with a Tatuaje Anarchy covered in an amazingly supple reddish brown wrapper that still features quite a bit of oil even after all these years. The cigar is smooth to the touch firm when squeezed and the large layered pigtail bun is still very much intact. Aroma from the wrapper is a combination of dark chocolate, oak, raisin sweetness, earth and leather with a touch of black pepper, while the cold draw brings flavors of creamy oak, leather, cinnamon, roasted coffee beans and hay.

There are multiple things happening as soon as I light the foot of the Tatuaje Anarchy, including some significant spice on my tongue, black pepper on the retrohale and an easily dominant creamy oak flavor followed closely by raisin sweetness and other notes of roasted peanuts, cinnamon, bread, coffee beans, bitter cocoa powder and dank earth. There are some fairly noticeable differences between this aged version and the original, including a reduced amount of strength, pepper and spice, but also a new flavor of lemon citrus that has invaded the finish. All of the notes combine together into a wonderful profile for the first half, when both the spice and pepper begin to die down considerably. While the creamy oak remains dominant, that second half also brings some new secondary flavors, including anise, vanilla beans, baker’s chocolate, nutmeg and a touch of floral. The raisin sweetness also remains quite lively until the end of the cigar. 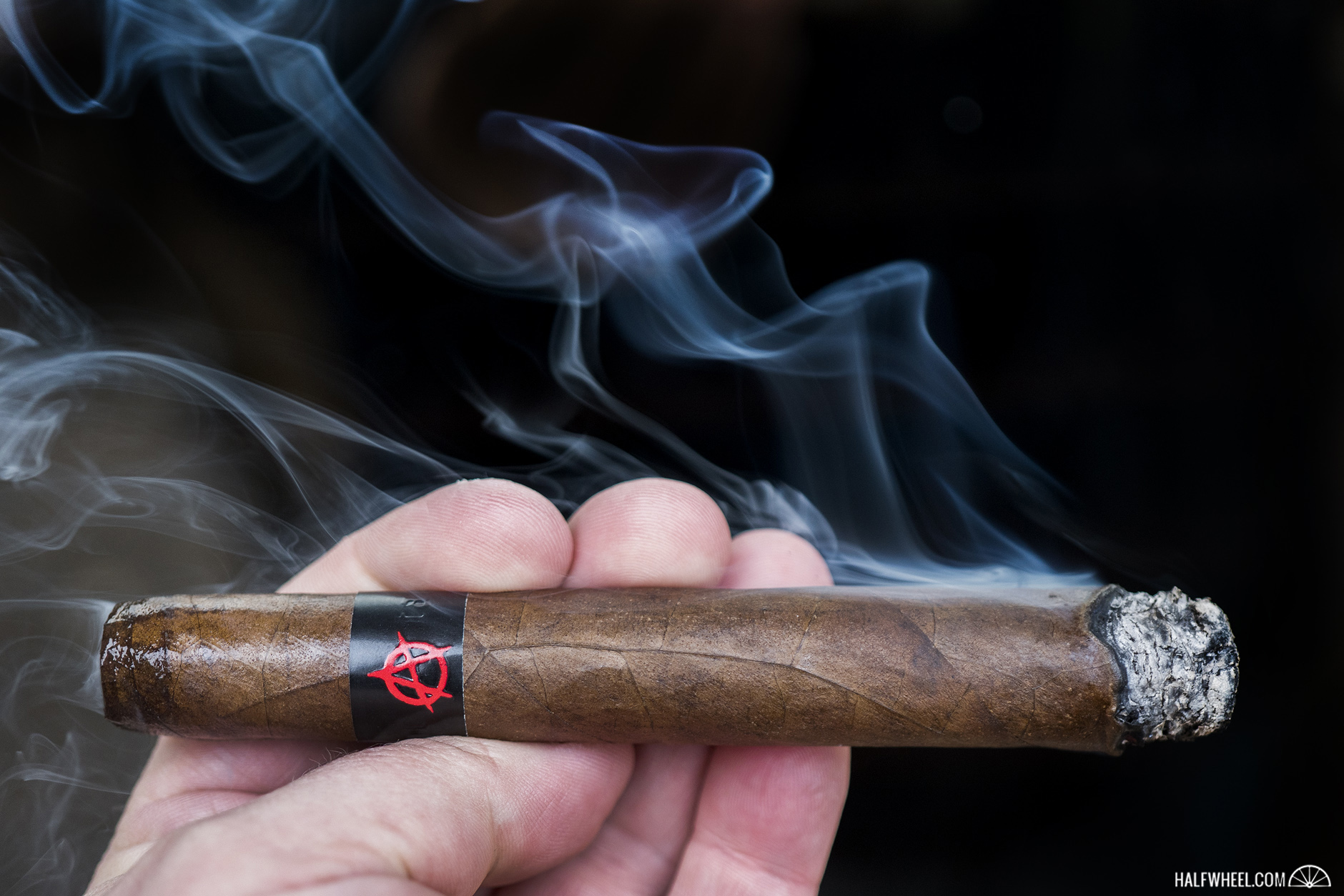 Construction-wise, the Tatuaje Anarchy gives me no major issues for the most part: while the draw features the ideal amount of resistance following a simple straight cut, the burn line was a bit wavy in the first third before evening up for the rest of the cigar. In addition, the smoke production is extremely high off of the foot, while the overall strength starts out close to the medium range in the beginning and manages to just glide past that by the time I put the nub down one hour and 43 minutes later with a little more than an inch left.

From what I can recall eight years ago—and from what I wrote in my bottom line—I was not as impressed with the fresh Tatuaje Anarchy as Steve Valle was, but it turns out that time has proven him right. Smoking a cigar this old is almost always a gamble, but amazingly, this blend still has plenty of gas left in the tank, with an abundance of both spice and black pepper that combine to increase the complexity of the profile that is full of creamy oak and leather, lemon citrus and some ever-present raisin sweetness on the finish. After finishing this cigar, not only did I wish that all blends aged this well, but I also wish I had another one to compare after a few more years.