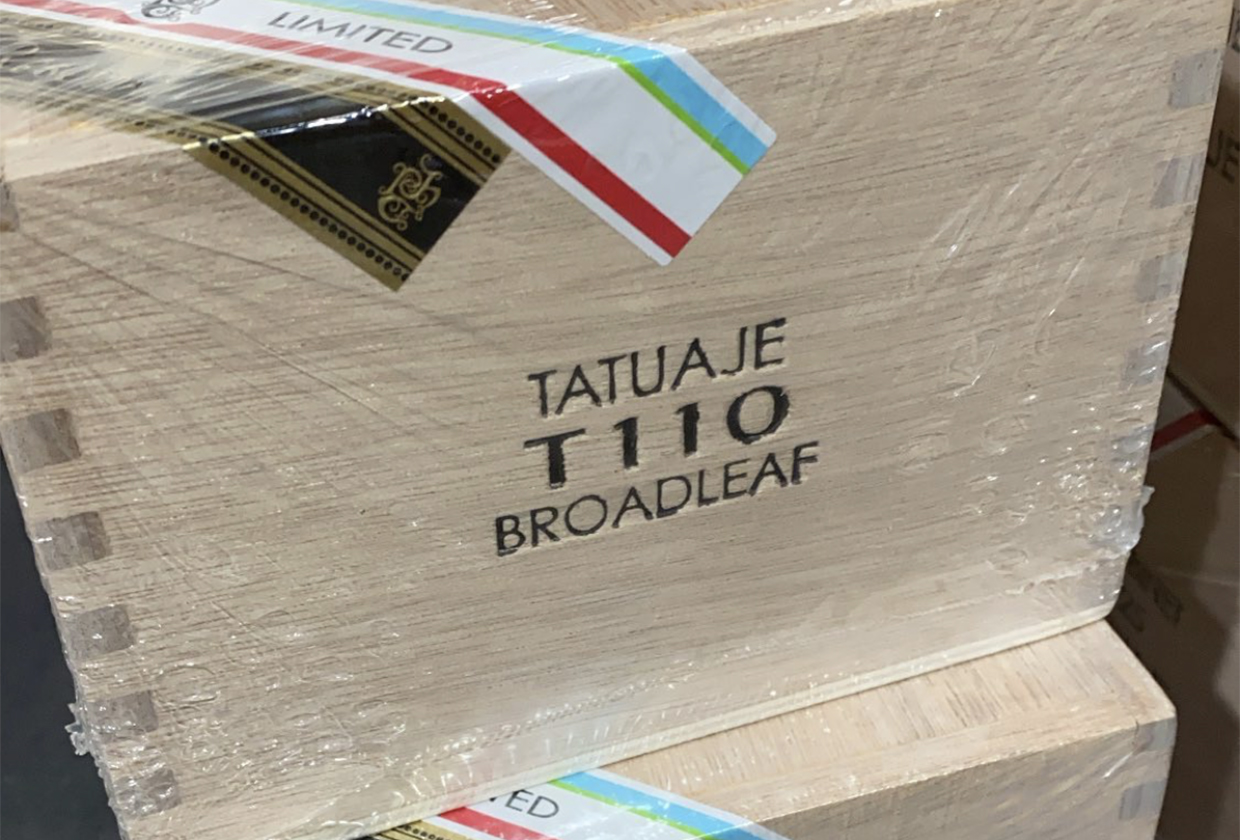 In April, the Tatuaje T110, one of the more storied cigars in the company’s history, returned to the store where it debuted in 2009. Soon, it will be heading to more stores and bringing two new variants along with it.

Pete Johnson of Tatuaje has been teasing the addition of the T110 Broadleaf and the T110 Sumatra for a while on social media, and is now beginning to release details on the cigars. The two new variants swap out the Ecuadorian habano wrapper of the original cigar for either a Connecticut broadleaf or Ecuadorian Sumatra leaf, both of which Johnson uses elsewhere in his portfolio of cigars. They will also wear secondary bands indicating they aren’t using the same wrapper as the original T110.

The cigars are all short robustos that measure 4 3/8 x 52, and use the same Nicaraguan binder and filler across the three variations. Each has an MSRP of $10 and comes in boxes of 25 cigars, with 2,400 boxes of both the Broadleaf and Sumatra versions being produced, compared to just 1,000 boxes of the Ecuadorian habano version. For that latter cigar, 400 boxes were made exclusively for R. Field Wine Co. in Honolulu, Hawaii, and which are indicated as such by adding the store’s logo to the cliche.

Johnson told halfwheel that he is still finalizing when the trio of T110s will be released to retailers. He said that the Broadleaf and Sumatra versions are expected to arrive at the company’s warehouse in about three weeks, though he may hold onto them for a bit as he is still deciding how to sell the remaining 600 boxes of the habano-wrapped version of the T110. He said those cigars may be offered to retailers at the upcoming PCA Convention & Trade Show, which could mean that the three cigars would end up shipping together.

What he is certain about is that once this batch of T110s is gone, he does not plan on bringing them back for three to five years, as the T110 is part of the Tatuaje Limited Series, a group of cigars that Johnson said will rotate in and out in between production runs.

Update (June 28, 2021) — Pete Johnson told halfwheel that he will be releasing the three T110s right after the 2021 PCA Convention & Trade Show concludes in mid-July. He also added that 50 boxes of the T110 Sumatra were released to Grand Cathedral Cigars in Tampa, Fla. as part of the store’s grand opening celebration.