The subject of today’s redux review is the Silverback Edición Limitada, a 5 x 50 perfecto vitola made with a pointed cap and open foot that incorporates a Mexican San Andrés wrapper covering a Nicaraguan binder grown in the Jalapa region as well as Nicaraguan filler tobaccos sourced from both the Condega and Jalapa regions. The release was limited to just 2,000 cigars priced at $10 each and packaged in boxes of 10 that began shipping to retailers on Oct. 28, 2019.

There have been two different sizes announced so far for the Caraballo828 Edición Limitada line so far:

Here is what I wrote in my original review a little more than one year ago:

If you like your cigars gritty, earthy and strong, then the Tarazona Caraballo828 Silverback Edición Limitada was seemingly custom-built for your enjoyment. Unfortunately, that aforementioned combination that this blend features so prominently comes at a cost: specifically having negative impacts on the complexity, nuance and—albeit to a lesser extent—the balance that is present in the cigars. In addition, while it shows flashes in the second third, the full strength basically waits to hit you virtually all at once in the final third, which when combined with the overwhelming earth flavors leads to a very linear profile. Fans of full-strength, earth-dominant blends should seek these out immediately, but those looking for almost any other flavors will find them in short supply. 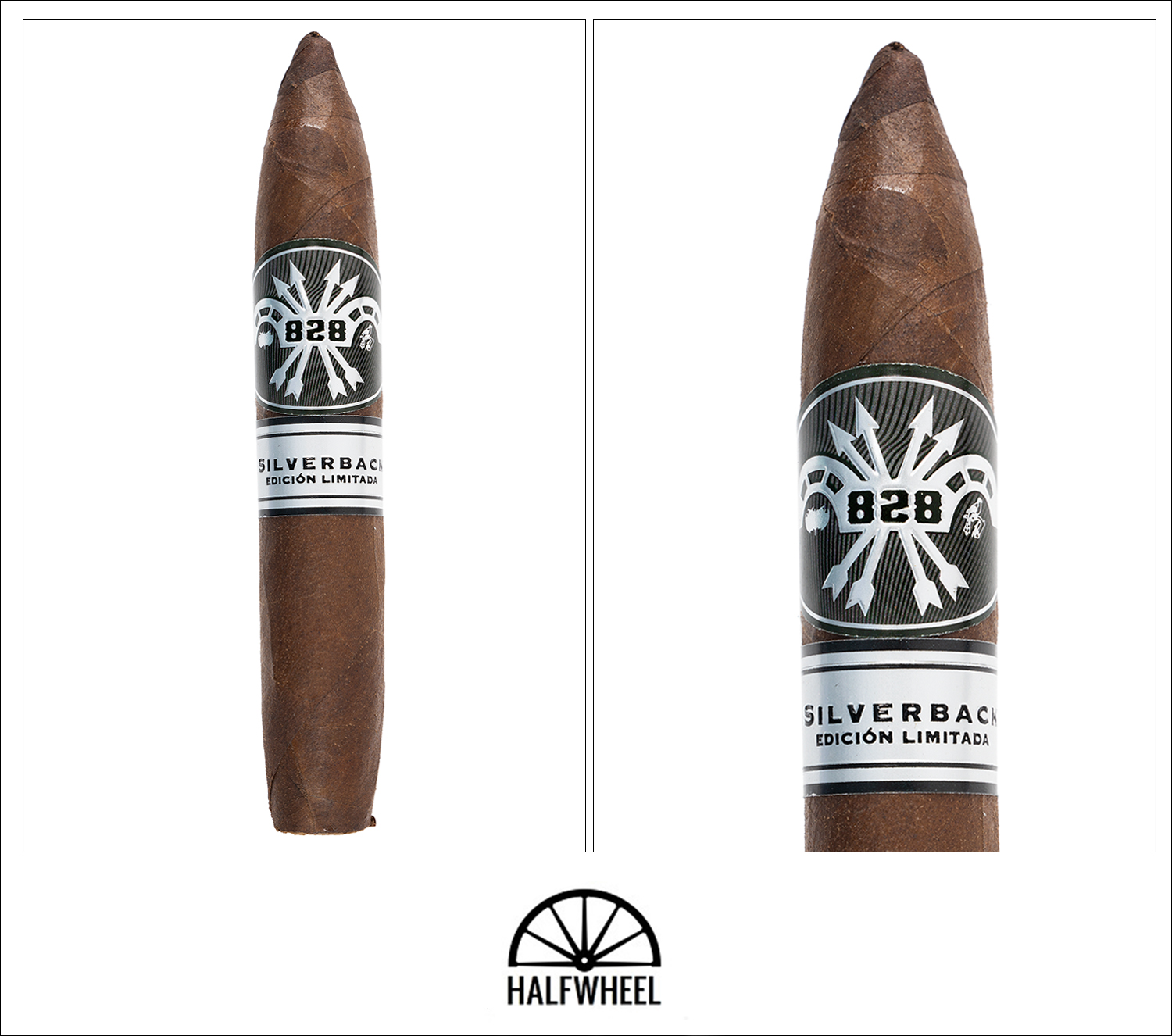 As with the cigars I smoked for my first review, this Tarazona Caraballo828 Silverback Edición Limitada is covered in a dark espresso brown wrapper that is sandpaper rough to the touch and features a copious amount of oil. While there are just as many very prominent veins running up and down the length as I remember from the samples in my first review, this cigar is quite a bit more firm when squeezed than those were. The aroma from the wrapper is a combination of bitter dark chocolate, earth, creamy nuts, dark chocolate, leather, manure and nutmeg, while the cold draw brings flavors of coca nibs, cedar, hay, cinnamon, generic sweetness, and black pepper.

After a very easy time lighting the foot, the Tarazona Caraballo828 Silverback Edición Limitada starts off with a very obvious combination of gritty earth and dark chocolate, along with secondary flavors of freshly brewed espresso, cinnamon, hay, salt and a touch of peat moss. There is plenty of black pepper to be had on the retrohale, albeit not nearly was much as I remember from the first time around nor enough to drown out the distinct pomegranate sweetness that makes itself known early on and never lets up. The second half of the Tarazona features a touch less black pepper and spice on both the retrohale and on my tongue. Although the main flavors continue to be the same gritty earth and dark chocolate that dominated the first half, the flavors somehow seem a bit more rich on the palate. Other flavors of peanuts, hay, bread, cinnamon, and leather flit in and out in various amounts as the cigar burns down, while the pomegranate sweetness on the retrohale increases a tad and remains at that constant level until the end of the cigar.

In terms of construction, the Silverback Edición Limitada features an excellent draw throughout after a Dickman cut, but the burn needs touching up twice: once in the first third and again at the end of the second third. Smoke production was both dense and copious for the entire cigar and the overall strength increased evenly from a very strong mild at the beginning to end a just under the full mark by the end of the cigar, a welcome change from the first review, which ends at a full plus.

When it comes to the imperfect process that makes up the art of aging cigars, blends like the Tarazona Caraballo828 Silverback Edición Limitada fascinate me. After a year of rest, I wondered whether the earth note that dominated the profile melt together with the other flavors enough to provide more balance to the profile? After smoking another one, I can safely say the answer is yes. While there is still quite a bit of both earth and black pepper in the profile, there is also significantly more sweetness on the retrohale and the overall profile is both more balanced and more enjoyable. I do think that some more time will probably continue the trend of increasing both the balance and complexity, the Silverback Edición Limitada is a much better cigar now than it was when it was released.