There are not a large number of cutters on the market that are designed for retailers or lounges, and finding one that is not only well-built, easy to use and relatively inexpensive is even more difficult. The Palió Quad Table Top Cutter checks all of those boxes easily, and adds a number of other features—some of which are detailed below—in the process. 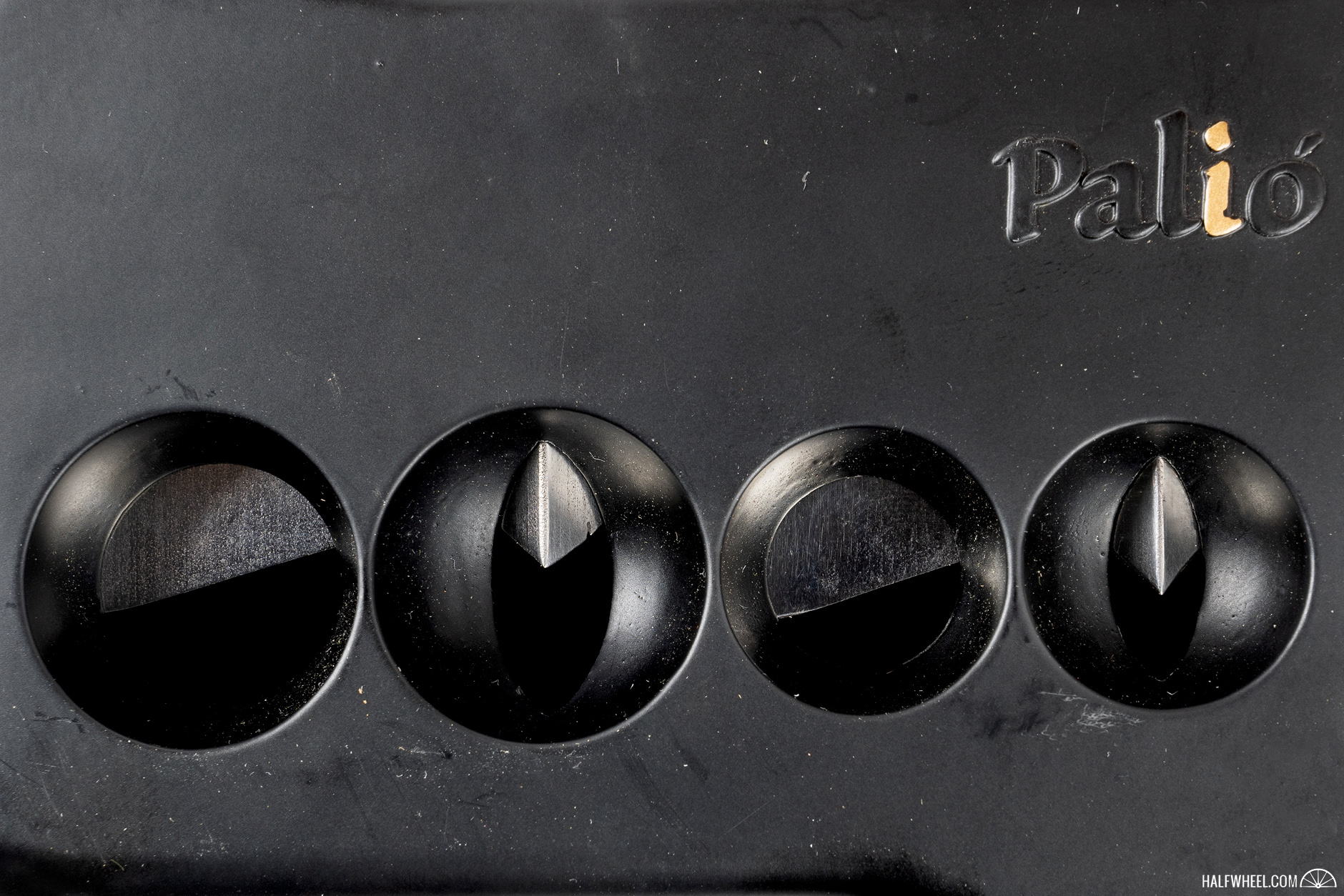 As with most tabletop cutters, the process to actually cut the cigars is fairly straight forward: first, you choose the size and the type of cut you want.

Then, you place the cap of the cigar into the well and hold it there while pushing down firmly on the lever until it stops. This causes all four blades to close at once, and when you let go of the lever, the blade retreat once again until they are fully retracted. For the first few times I used the cutter, I was surprised at how much force was needed to actually make the blades go the full distance, and as a result, there were a few cuts that were not as straight as I would have liked.

For those wondering, the more cigars you try to cut at once, the more force it takes to actually push the blades through, to the point where if you are trying to cut cigars in all four holes, it is quite a bit more difficult to get straight cuts on all of them at once. However, both of those issues were rectified fairly quickly once I actually started using the cutter on a regular basis, and I had no more problems with either after that. 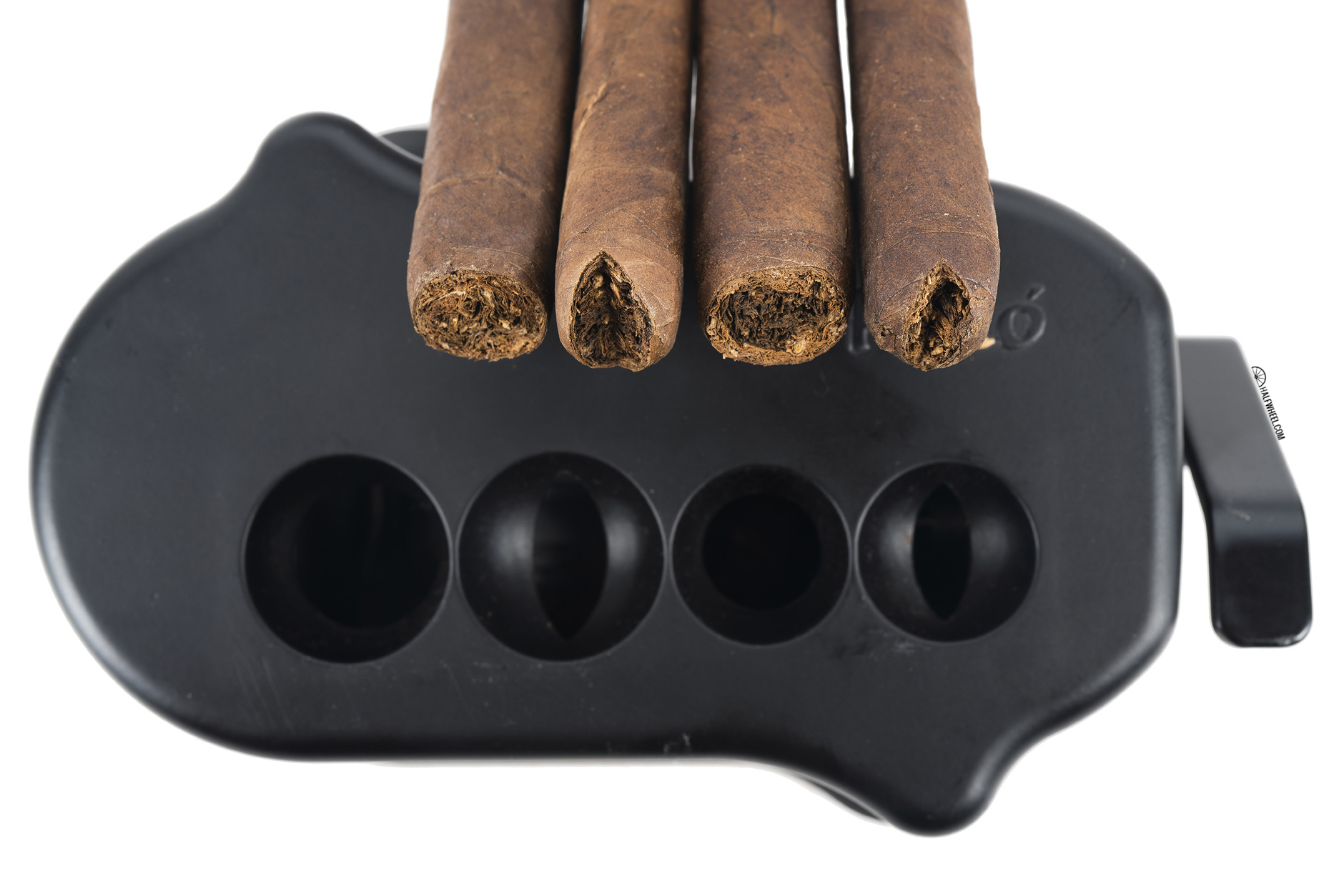 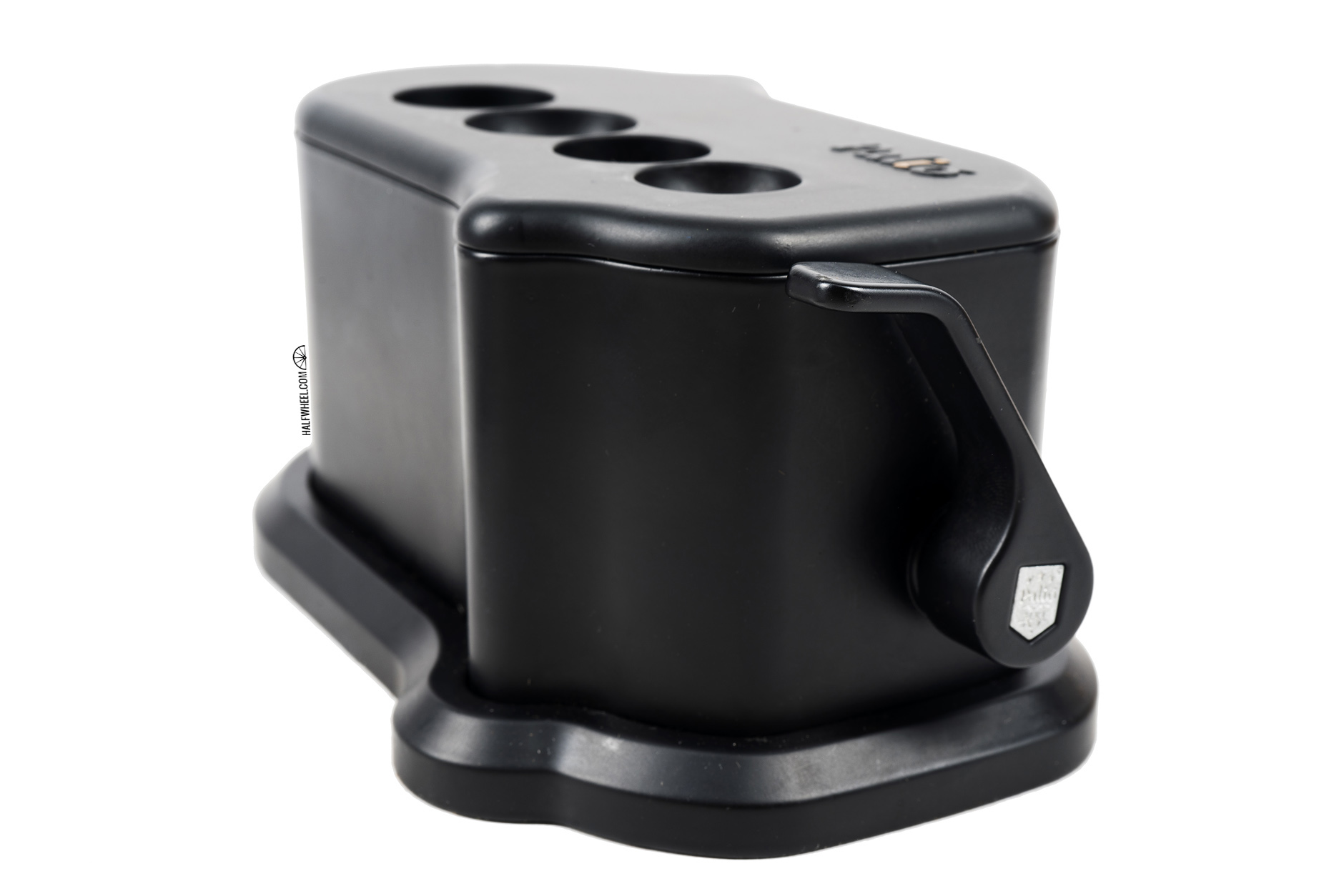 There are plenty of tabletop cutters on the market, but very few of them offer the combination of two v-cuts and two straight cuts in the same package. As noted above, I would be remiss if I did not point out perhaps the most obvious competition for the Palio Table Top Cutter is…a table top cutter that offers the exact same cutting options in an extremely similar exterior package design that also just happens to be offered by the same company that now owns the Palio brand. However, while the price for the Quality Importers Quad Table Top Cutter is significantly less than the Palió—about $46 compared to to $150 for the latter—it is also not as streamlined, not as attractive and only comes in a chrome finish. 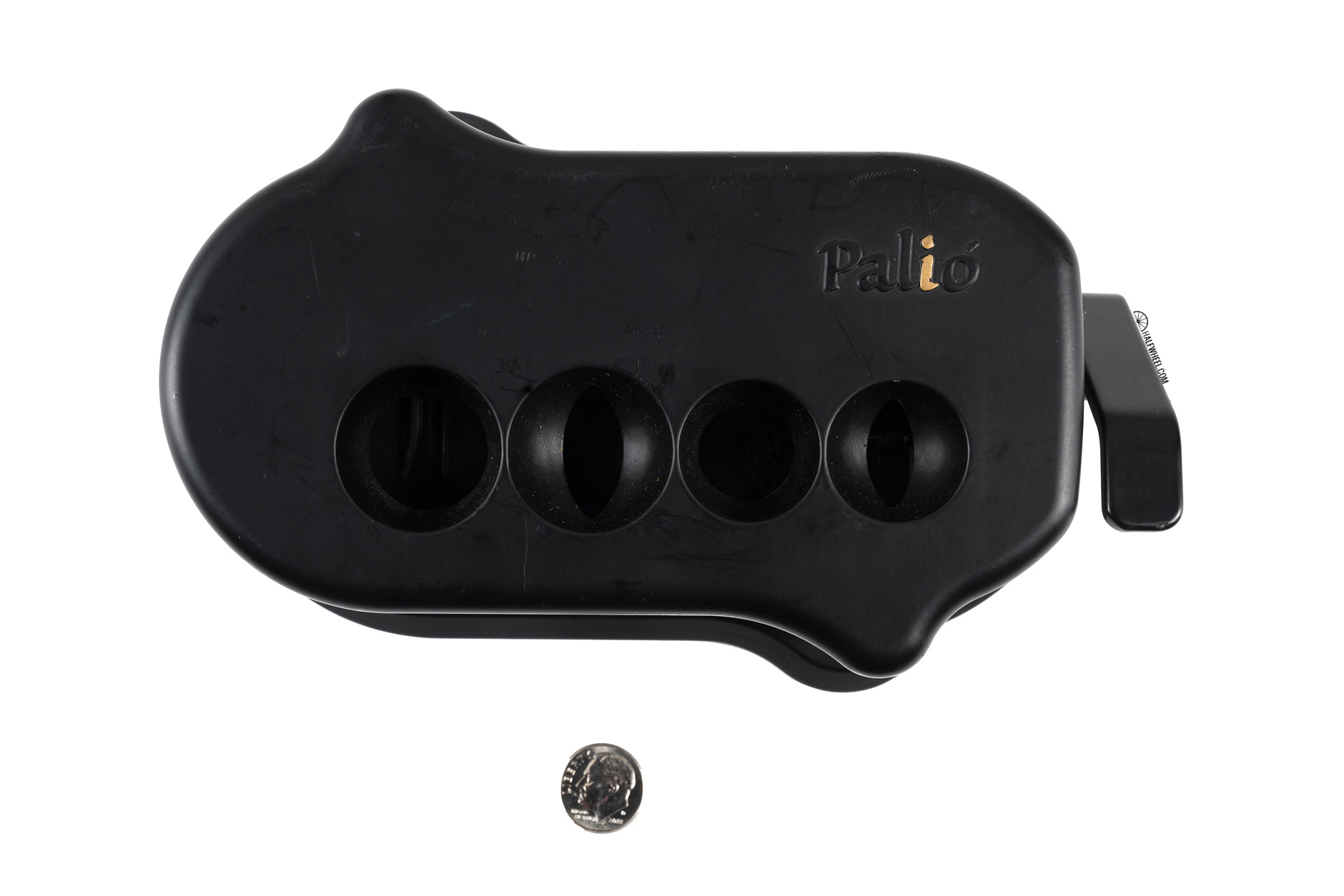 Assuming that you have need for such a large and heavy option, i.e. you don’t want someone to steal it off the counter, 100 percent.

Everything about the Palió Quad Table Top Cutter screams quality: from the number of cutting options that it features to the streamlined design, the relative ease of use to the sharp blades. In fact, this cutter is easily the best option I have seen for retailers, giving their customers a multitude of options to cut their cigars in a very impressive looking package, something that the few minor quibbles I have with it don’t even come close to changing. If you need the  numerous cutting options this cutter provides, run, don’t walk to a place that sells it and plop down the money.