This year has been rather quiet when it comes to the L’Atelier brands, notable because in 2018, Pete Johnson announced that he would be merging the L’Atelier portfolio into the larger Tatuaje brand. Over last summer, two new cigars were announced for the Surrogates brand, which was part of the L’Atelier family.

One of those cigars was a fairly straight forward concept: take the Surrogates Crystal Baller and swap the normal Ecuadorian habano wrapper for Connecticut broadleaf.

That cigar was the Surrogates Eight Baller, which I reviewed nearly a year ago:

While the final third failed to live up to the first two portions of the cigar in just about every way, this is by no means a disappointment. The Eight Baller is neither the most complex nor flavorful cigar, but it is a cigar I’d gladly buy a box of and smoke out of regularly. It’s probably not as good as the original Crystal Baller and it certainly is not some sort of everyday Tatuaje TAA clone, but it certainly would be a great everyday cigar. This is a cigar that will be completely overshadowed by Tatuaje’s massive portfolio, including the other flashier cigars the company has released in 2018 and like most of the L’Atelier brands, by just about anything that has a Tatuaje name; but for those that are willing to give it a shot, you will be pleasantly rewarded. 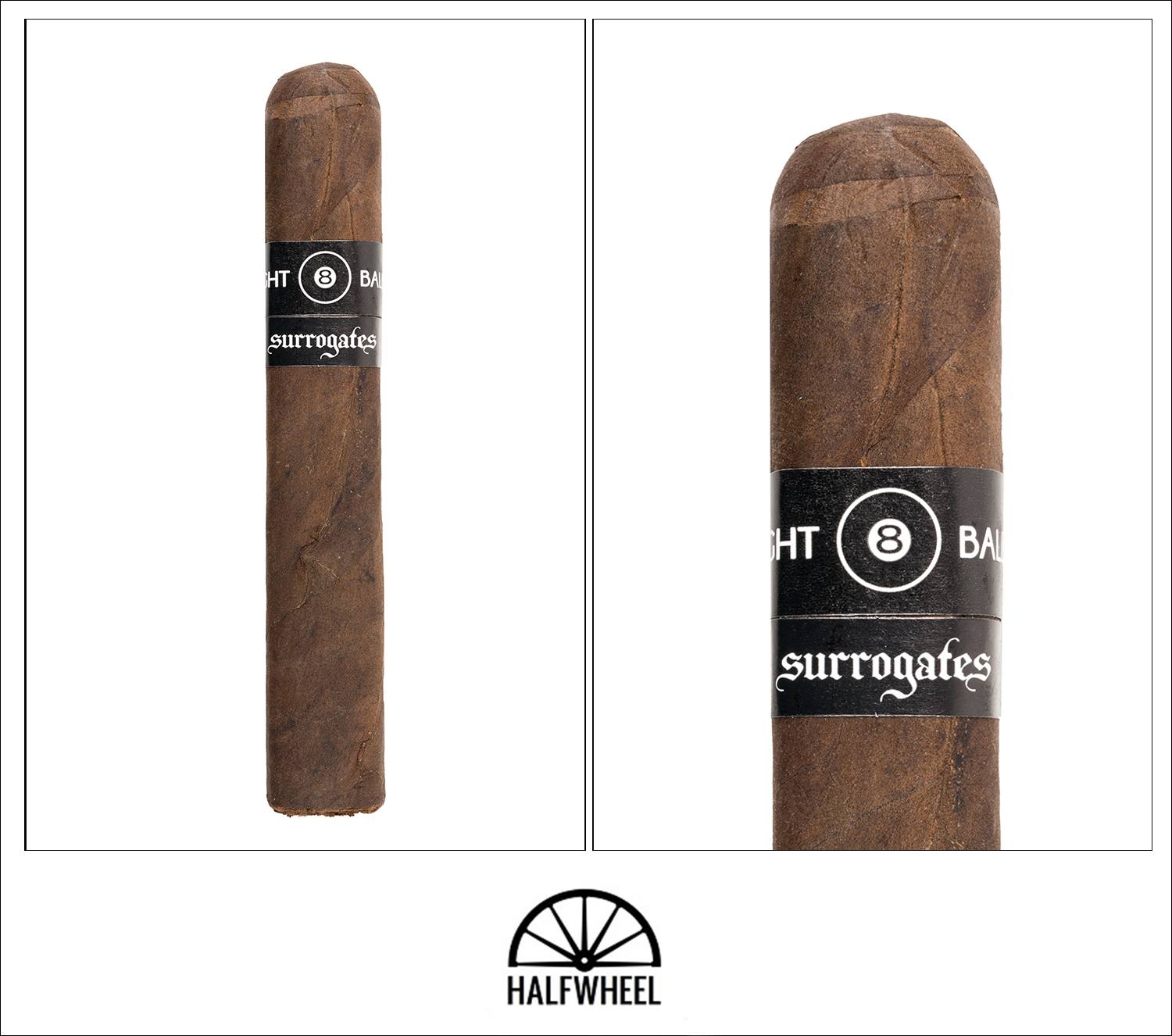 This particular Eight Baller isn’t entirely uniform in color, with the bottom part of the cigar a bit different from the other five inches or so. The wrapper has an aroma of cocoa, sweet coffee and a milder barnyard flavor, around medium-full. From the foot there is sweet cocoa and a plethora of red pepper, which surprises me to the point where I have more pepper burn in my nostrils than I intended. Cold draws have lots of sweet cocoa over some raisin, medium-full in intensity. 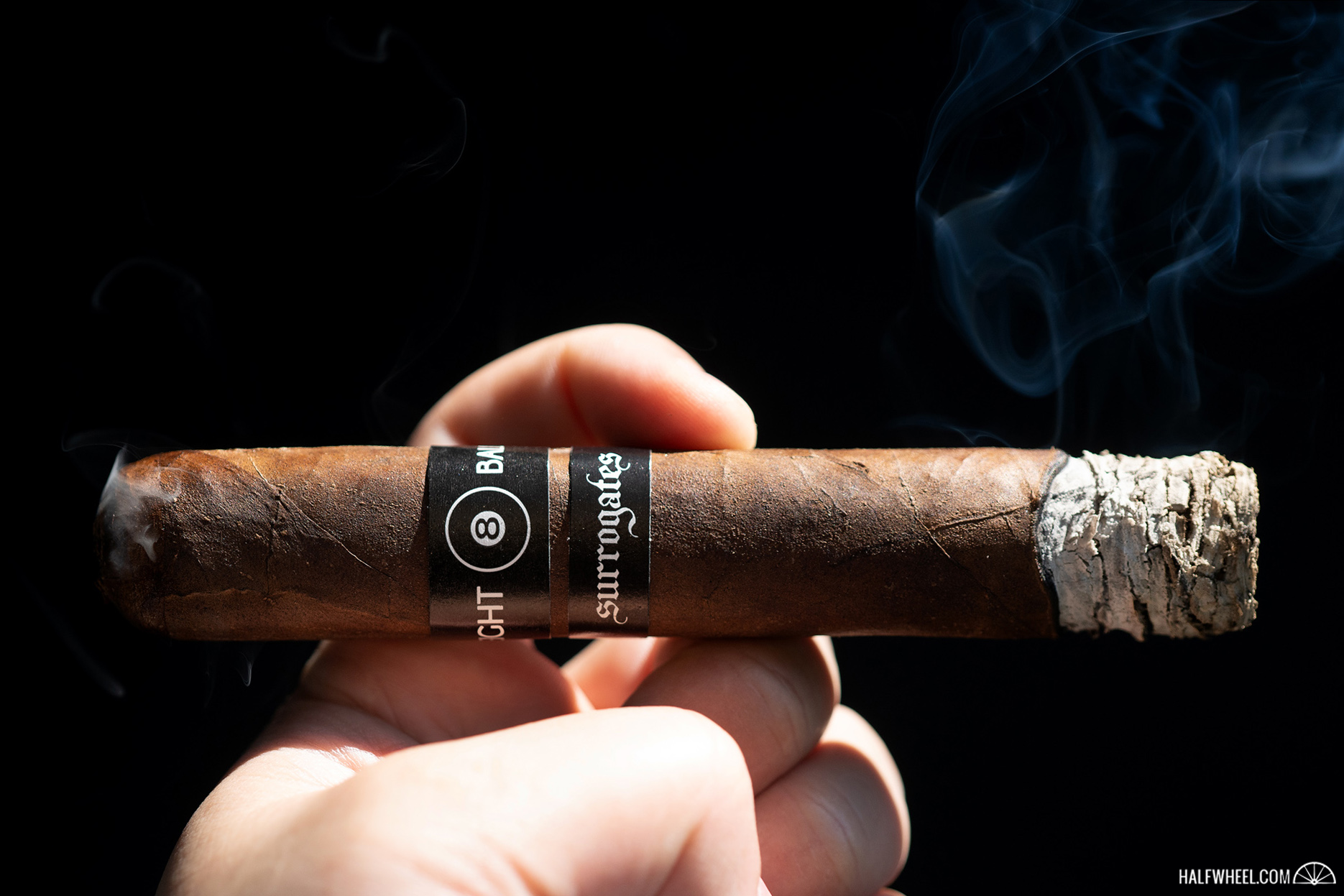 The Surrogates starts with some dry leaves, burnt coffee and dry cocoa, around medium-plus. Given how sweet the pre-light part of the cigar was, I am expecting a lot more sweetness than I get. Instead, it’s quite earthy with cocoa powder, dried raisins and a bit of blackberry, none of which are particularly sweet. Retrohales provide damp woods, only adding to thee lack of sweetness. By the midway point, a saltiness joins the earthy profile. Retrohales are much more complex with walnuts, hoisin sauce and some citrus. Flavor picks up to full, body is full and strength is close to full. The profile in the final third gets drier with liquid smoke and pepper joining the earthiness. And as if that wasn’t enough, the retrohales are pretty much only walnuts.

In what might be the shortest part of any review we’ve published on halfwheel to date: construction is excellent start to finish.

The main takeaway of my review a year ago was that the final third didn’t perform as well as the first two. I suppose in a way, that still holds true, but unfortunately, the entire cigar isn’t as good as it was one year ago. Looking back over those notes, I found a few of the same flavors, but earthiness was only mentioned once in that review and dryness didn’t appear at any point of that review. Given the differences, I’m not sure what to make of the sample I smoked for the redux, particularly when it comes to whether the trend will reverse itself going forward.