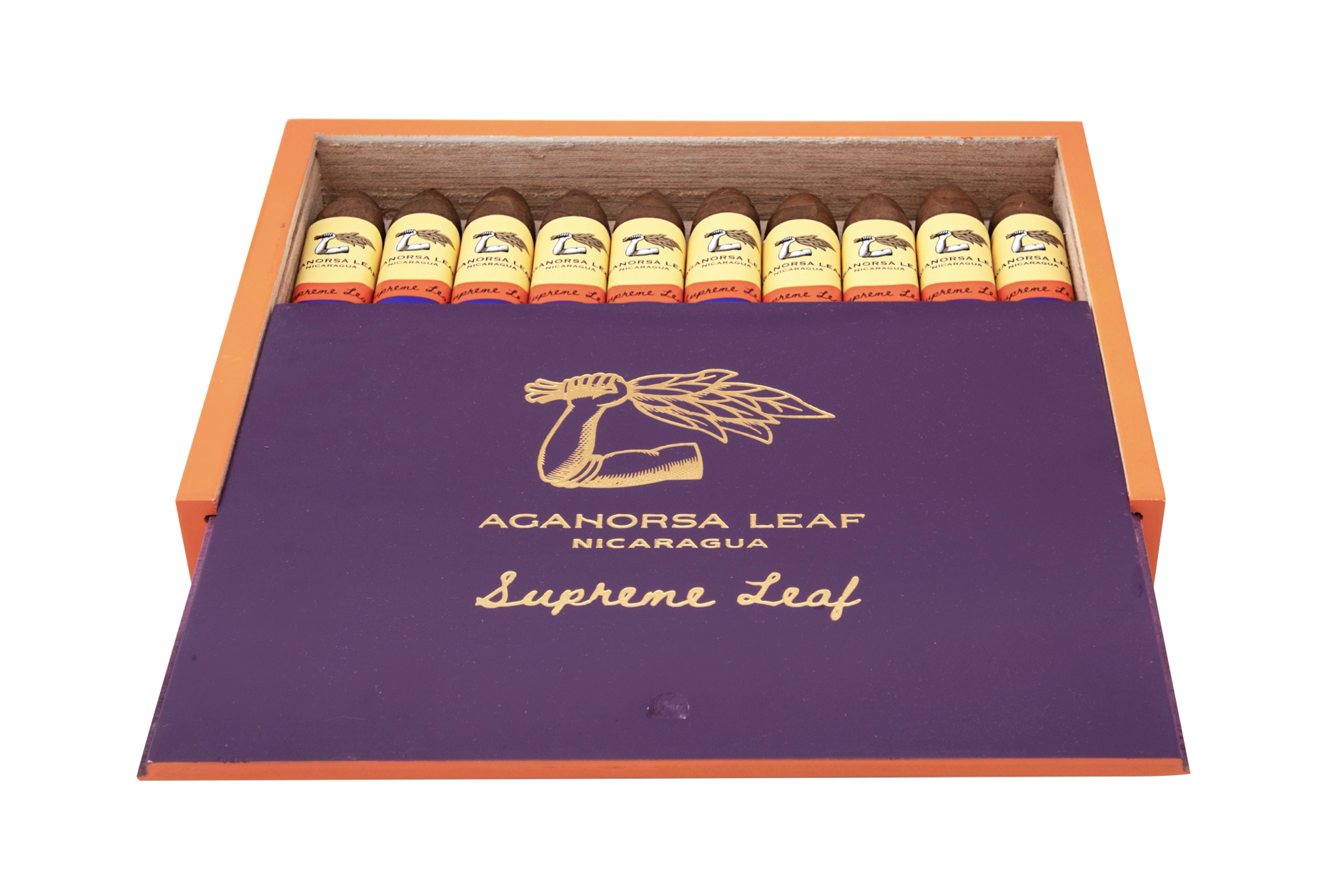 It’s a 6 x 54 box-pressed torpedo, the four size for the Supreme Leaf line. Like the rest of the sizes, it is made entirely of Nicaraguan tobaccos from AGANORSA. The company has previously described the blend as, “corojo dominant.”

The MSRP is $10.90 per cigar and it is offered in boxes of 10 cigars. Supreme Leaf is an ongoing, limited production line. Unlike some of the other company’s lines, AGANORSA Leaf only ships Supreme Leaf at select times per year. The company says the first shipment of the Supreme Leaf Torpedo will contain 2,500 boxes.

“Demand for Supreme Leaf continues to grow,” said Terence Reilly, vp of sales and marketing for AGANORSA Leaf, in a press release at the time the cigar was announced. “This latest vitola brings the blend back to the 54 ring gauge of last year’s toro but the tapered head channels the smoke to provide a little more intensity.”