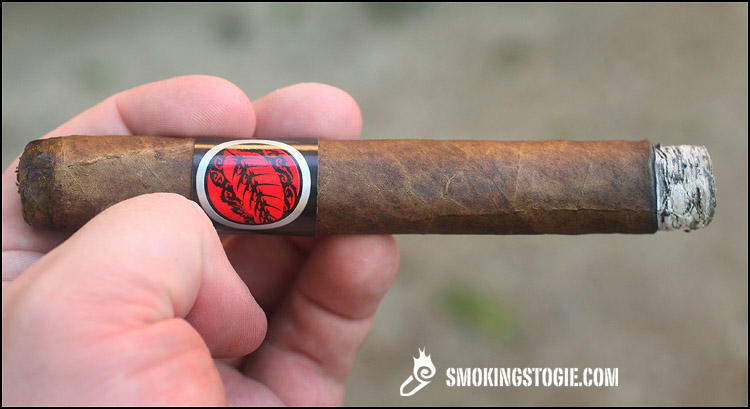 While chatting with Ian Hummel and Bryan Scholle of Oliva/Studio Tobac fame at the IPCPR Show in Las Vegas earlier in the year, it came to light that Bryan (who rolls cigars at Studio Tobac events) rolls quite a few different combinations of blends for attendees of said events.

Well, I thought that was pretty cool (who wouldn’t, right?) and Ian mentioned he might put together a few for us to photograph and review, I said “great!”, then said our goodbyes, and went on with the rest of the show.

Well, about 3 months later, I received a package in the mail, which included:

Since there were five of them, we decided to split them up between Steve and I (Patrick is on Vacation this week), and do a whole week of test blend reviews.

The first blend we are reviewing has been dubbed the “CC-001” which stands for “Cain Concept 001.” The basic idea was to take a regular Cain F cigar, and replace the normal binder and wrapper with a Sumatra binder and wrapper. 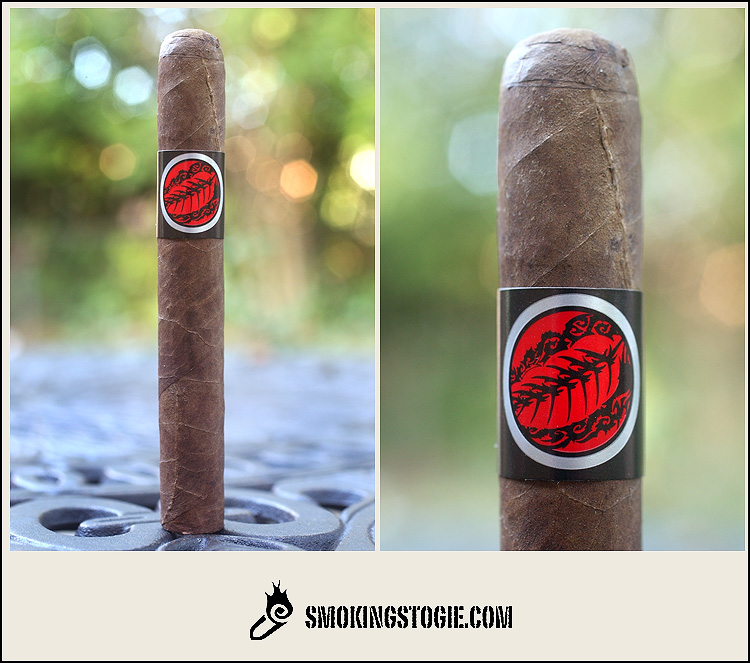 The cigar is an interesting specimen to look at, with a mottled espresso brown wrapper that is quite rough, what I would call rustic to the touch. There are a few major veins present, it is not the prettiest cigar in the world. It has the perfect give when squeezed, and the wrapper smells wonderful, like a combination of sweet cedar, barnyard and chocolate. The pre-draw notes include paint (yes, paint), leather and cedar.

Right off the bat, I am hit with distinct flavors of toasted marshmallows, sweet cedar, and white chocolate. The profile is quite creamy in nature, and there is almost no spice or pepper to be found throughout the first third, great start.

The Second Third has that same great marshmallow sweetness, but also adds a distinct floral note to the mix there is still some (white) chocolate and a distinct barnyard note as well, and there is just a trace of spice on the retrohale. 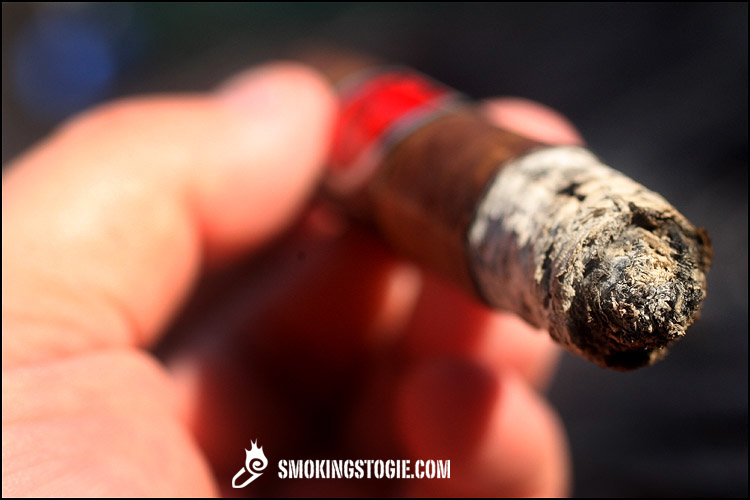 By the start of the Final Third, the strength is ramping up a bit, not a lot, but noticeably. Sweetness is still the main note in the profile, and while there does not seem to be any major new flavors, all of the previously mentioned notes (floral, marshmallow, chocolate, cedar and barnyard) are melding into one great ending. There is still a bit of spice on the retrohale, but it is not strong enough to note anywhere else. I finished it easily, and it did not get hot at the end. 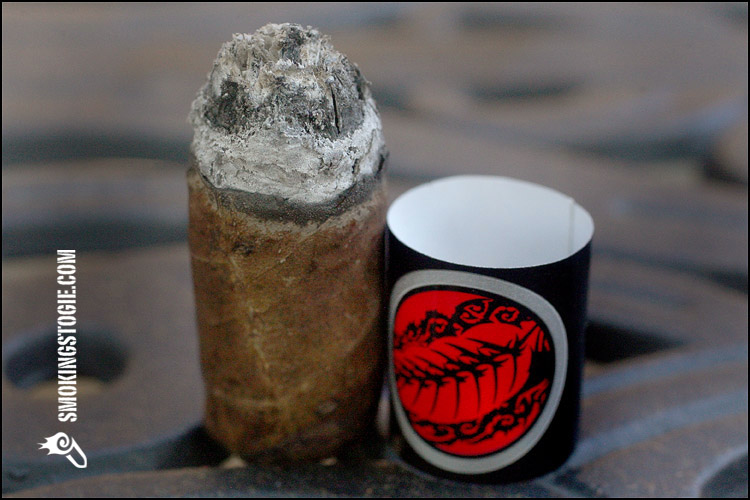 The Bottom Line: I have been a fan of Sumatra wrappers and the flavors they impart for a while, but just recently have REALLY loved some sticks that are using it, including the Tatuaje NHC Capa Especial and Tatuaje “The Wolfman”, albeit from a different manufacturer. This cigar was obviously blended for flavor above spiciness and strength, and it is one of the most flavorful cigars I have tried in a while. A rich, decadent profile, and it is quite a bet better with this wrapper and binder then the normal Cain F, in my opinion. I would rate this cigar VERY high if I could, and I would buy them by the truckload, no doubt.