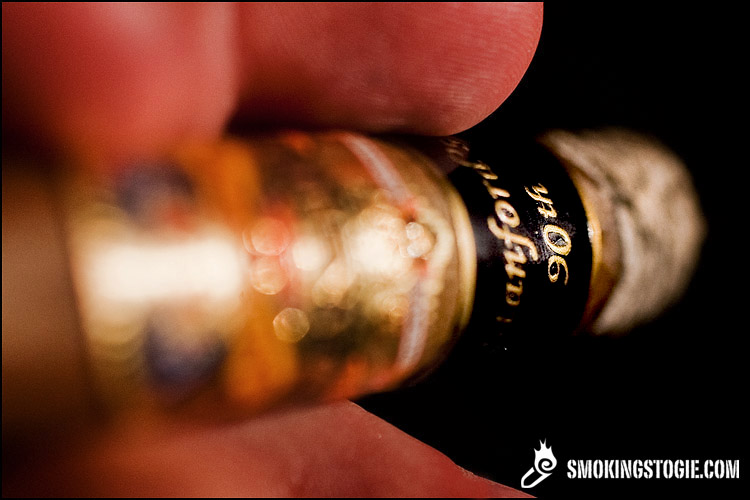 In 2006, the J.C. Newman Company introduced the Stanford’s 90th Diamond Crown Maximus cigar to pay tribute to Stanford Newman, the firm’s reigning icon, who turned 90 in June 2006, making him the oldest living cigar professional in the business at the time. Sadly, he passed away two months later in August of 2006.

Interestingly, the use of a Cameroon wrapper was problematic, as the blend seemed to overpower the sweetness of the Cameroon flavor profile in early samples. Eric Newman told Cigar Insider:

Stanford’s 90th is only available in one size, a 7 x 48 churchill, which just happened to be Stanford’s favorite vitola. There were only 1,000 leather-covered presentation boxes produced and sold, each containing only 20 cigars.

Additionally, only 850 boxes (17,000 cigars) were be sold in the U.S., with an additional fifty going to international markets, and a remaining one hundred boxes reserved for the Cigar Family Charitable Foundation fundraisers, which raises money for various humanitarian projects in the Dominican Republic, a joint charity between the Fuente and Newman families.

The leather bound box of 20 cigars looks like this: 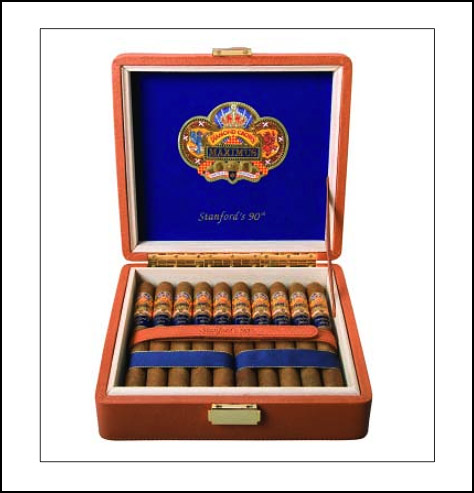 The cigar was first released to attendees at Stanford Newman’s birthday party celebration, which took place on June 10th, 2006 at the Tampa Yacht and Country Club in Florida. About 300 of the cigars were handed out at the party. Here is a quote from one of the attendees of the party:

It was a black tie affair which approximately 236 people attended. Many industry bigwigs attended, including the Fuentes, Robbie Levin, Frank Llaneza, Norm Sharp (president of the CAA) to name a few.
Each person in attendance received one cigar. Each person or couple also received one wood stained box containing a silver ash tray that was engraved “Stanford’s 90th Birthday Celebration June 12, 2006 Tampa, Florida”. Also included was a six page pamphlet with a brief history of Stan, his time in the industry, and the Newman family.
The cigar itself is a DC Maximus Churchill with the Maximus blend and a Cameroon wrapper. The significance of the Cameroon wrapper is that it happens to be Stanford’s favorite wrapper as he was one of the first people to popularize it here in the U.S. for the domestic market. He also had a very deep love affair with the Paris conscription where they used to sell this tobacco in what I can only describe as something along the lines of a silent auction, except you didn’t know who are at what price you were bidding against.
I think Stan took great pride in buying good lots at the right price. Believe me it’s a hell of dicey way to buy tobacco wrapper, particularly, expensive wrapper. This is what inspired Carlos SR and Carlito to create the cigar.

The cigar itself is a great-looking stick. A medium brown wrapper that is quite smooth, albeit somewhat dry, to the touch. No major veins are present and it smells quite a bit like chocolate, pepper and a bit of wood. The cigar is extremely firm—almost hard—when squeezed, and there is a slight box press present. The pre-light draw had very obvious flavors of sweet tobacco and oak.

The first third started out fairly slowly with a bit of spice on the tongue along with a great aged tobacco flavor and some oak notes. There was also a sweet undertone to the cigar that was quite pleasant as well. A nice start.

The second third had much of the same flavors, with oak being the dominant, but added a great chocolate note  that is creamy and sweet, like milk chocolate, and a bit of coffee flavor as well. The spice remained about the same level as the first third, not overly strong by any means, but definitely present and noticeable.

It was about this point that I noticed that the ash on this cigar was fairly seamless, so I took a photo to show it. Very good construction and roll. 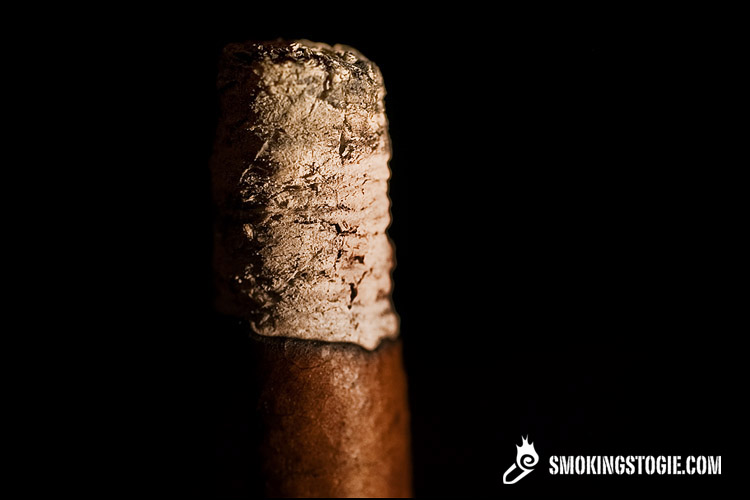 The final third just expounded on what was already there. The woody, oak was the dominant flavor, but the milk chocolate and coffee were still present and even increased a bit. The spice that was hanging around the cigar for the first two thirds totally disappeared by the end of the smoke, but that wonderful sweet undertone seemed to bring everything together quite nicely. 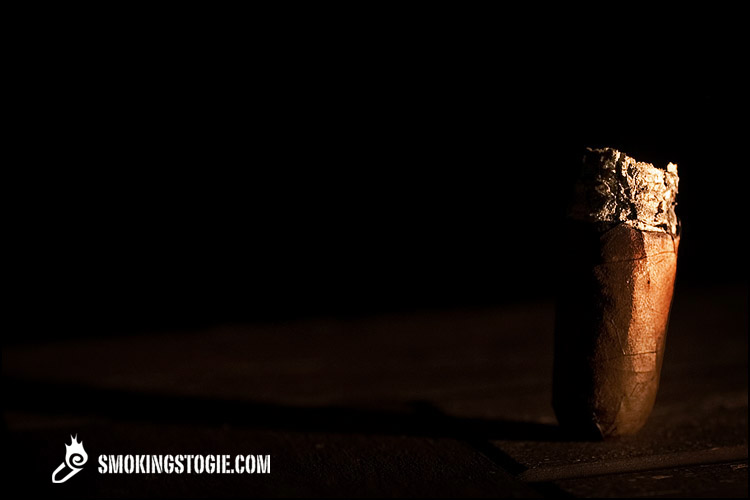 This was a very nice smoke after the sweetness kicked in in the last two thirds. Miles above the Julius Caeser, it was a medium strength cigar that was extremely enjoyable to smoke. However, I was really hoping there would be just a bit more spice or pepper present to contrast with the obvious sweetness of the Cameroon wrapper, but sadly, that did not seem to be in the cards. In fact, it almost seems like the strength in the blend was held back more then it needed to be. Having said all of that, it was a very good cigar, but I don't think it is worth the price it commands.