In mid-2014, I reviewed Standard Issue, the first cigar from the newfound partnership between Oettinger Davidoff AG’s Camacho brand and Rob Weiss, the writer and producer.

Weiss, along with jewelry designer Matt Booth and the NFL legend Mike Ditka is part of Camacho’s Board of the Bold, the company’s ambassadors. All three have their own brands through Camacho/Oettinger Davidoff AG with Weiss’ named after his dog, B.G. Meyer Co.

Standard Issue was the debut release from the company, a Nicaraguan puro made in Honduras. I was impressed with it when it first shipped, finding a fair bit of sweetness throughout the cigar.

While I would not say this is a freshman release in the truest sense, in some ways it is—and a highly impressive one at that. Standard Issue was not anything standard. And now that the obvious pun is out of the way, there’s the positives to focus on: a sold unique flavor, decent construction and perhaps most importantly, a cigar that keeps you thoroughly engaged from start to finish. There will inevitably be lots of comparisons with this cigar: the recently launched Room101 The Big Payback, another Nicaraguan puro from the factory, perhaps even anything that Camacho, Room101 and Ditka have done—and maybe even Las Calaveras. For me, if the latter is part of the conversation, you have a very good start. For the sake of another pun, I’ll put it boldly—my favorite cigar to come out of Agroindustria LAEPE S.A.

Recently, I was hanging out with a retailer who I smoked Standard Issue with before it came out and he was wondering how I think the cigar has aged. I hadn’t smoked the cigar in the last year or so, so I decided to pull one out of the box from 2014 and see how time has treated Standard Issue.

While I didn’t forget about the large paper wrap that covers over half the cigar, I did forget that it has a foot band. In recent months, I’ve become slightly annoyed by the excessive amount of bands, particularly given there are two pieces of paper that have to be immediately removed in order to smoke the cigar. Underneath that is a Nicaraguan habano wrapper that doesn’t have a ton of aroma left: leather, some hay and a bit of a cranberry muffin sensation. From the foot, I pick up lots of cedar, some charred oak and something I can only describe as a bag full of packing peanuts. The cold draw has lots of hay, some twang and a bit of a strawberry wafer cookie flavor.

That flavor manages to make it over to the first puffs of the Standard Issue. It’s joined by a lot of earthiness, some cedar, hay and apple cider. As the first third develops, there’s cedar, hay, a dry nuttiness, some weird Scotch-like salivation on the middle of the tongue and some anise. There’s quite a bit of creaminess along with some mild spices. The flavor begins medium-full, with medium body and strength. Both the latter pick up in the middle portion there’s some peanut shell, sourdough bread, salty earth and cedar. Hay and creaminess emerge in the final third,  along with some spices, darker earth and nuttiness. 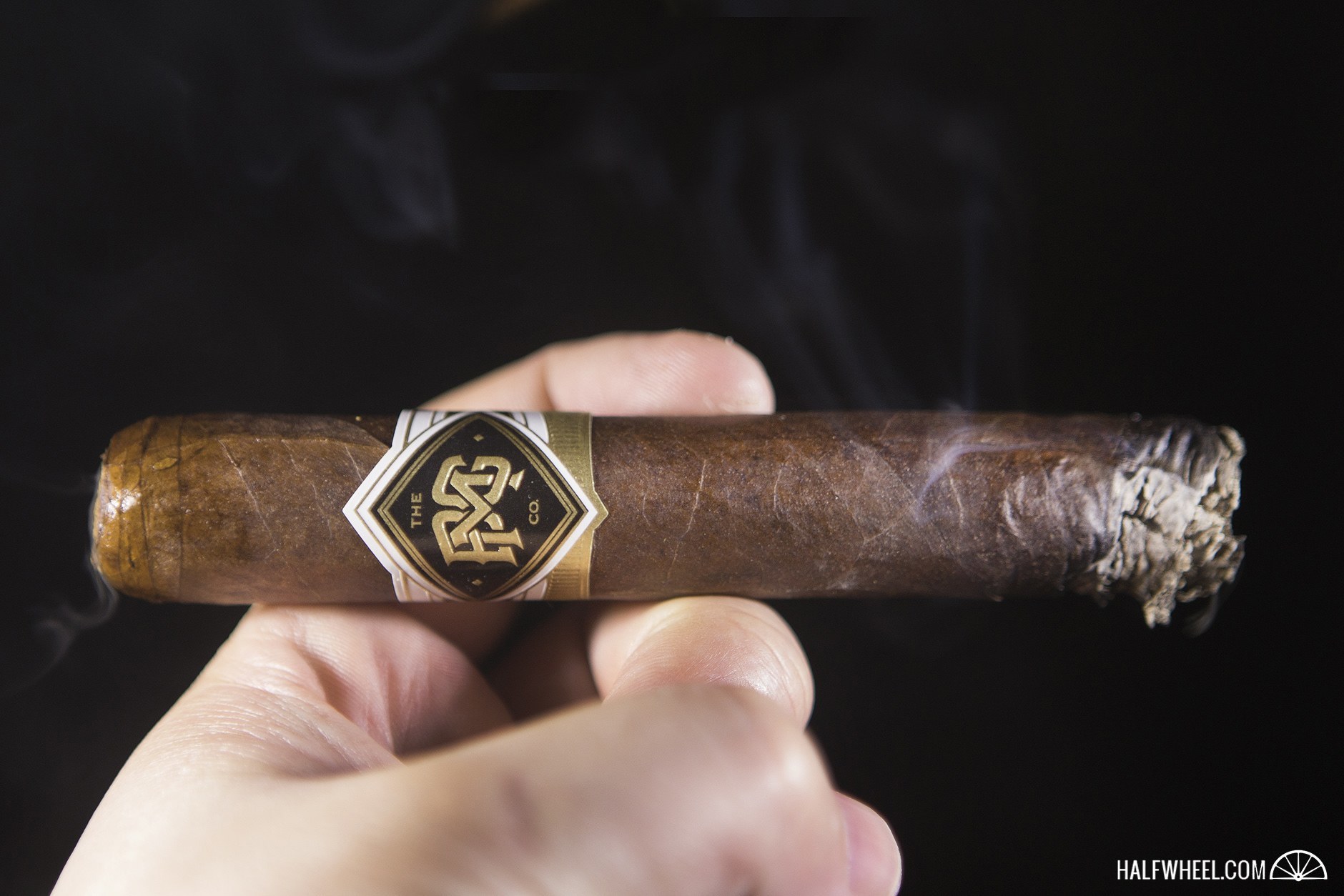 A touch-up is needed in the early portion of the cigar to correct a very uneven burn after that, the Standard Issue remains fine for the next few inches. With a bit less than two inches to go, I need to touch up the cigar again to keep it burning. Other than that, contraction was fine with a slightly open draw.

While I certainly enjoyed the Standard Issue more when it was released, it’s aged fairly well and changed quite a bit. The earthy, hay and salty mixture is not how I would have described the cigars I smoked back in 2014, but there’s nothing particularly wrong with the flavor profile. The one cigar I smoked for this redux suffered from an uneven burn at the start and another touch-up needed to keep it lit in the end, my only two complaints, but nothing that would stop me from smoking another one in the near future.