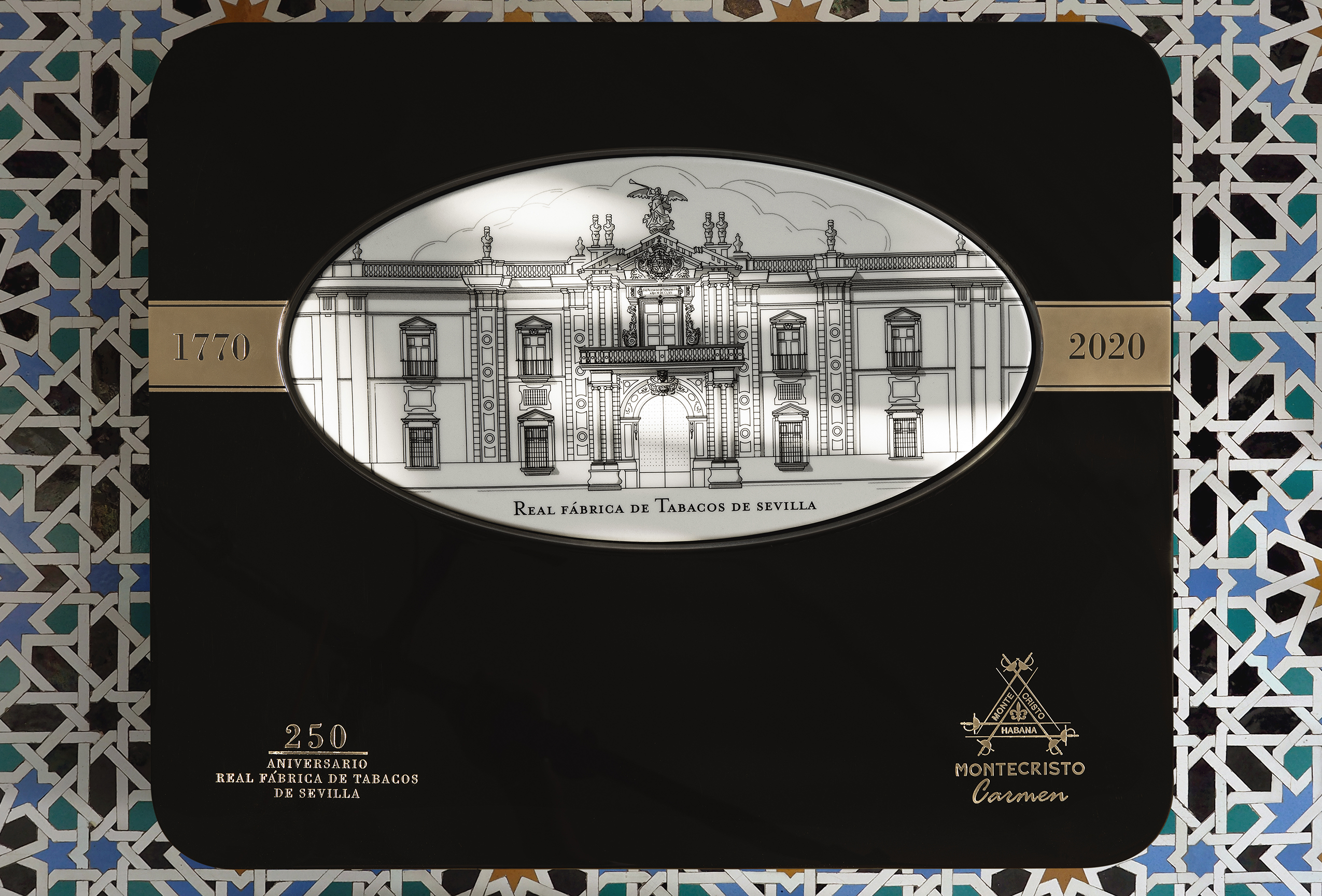 Tabacalera S.L.U., the distributor of Habanos S.A. products in Spain, is paying tribute to the 250th anniversary of a historic tobacco factory with a limited edition humidor that contains a new vitola for the Montecristo marca. 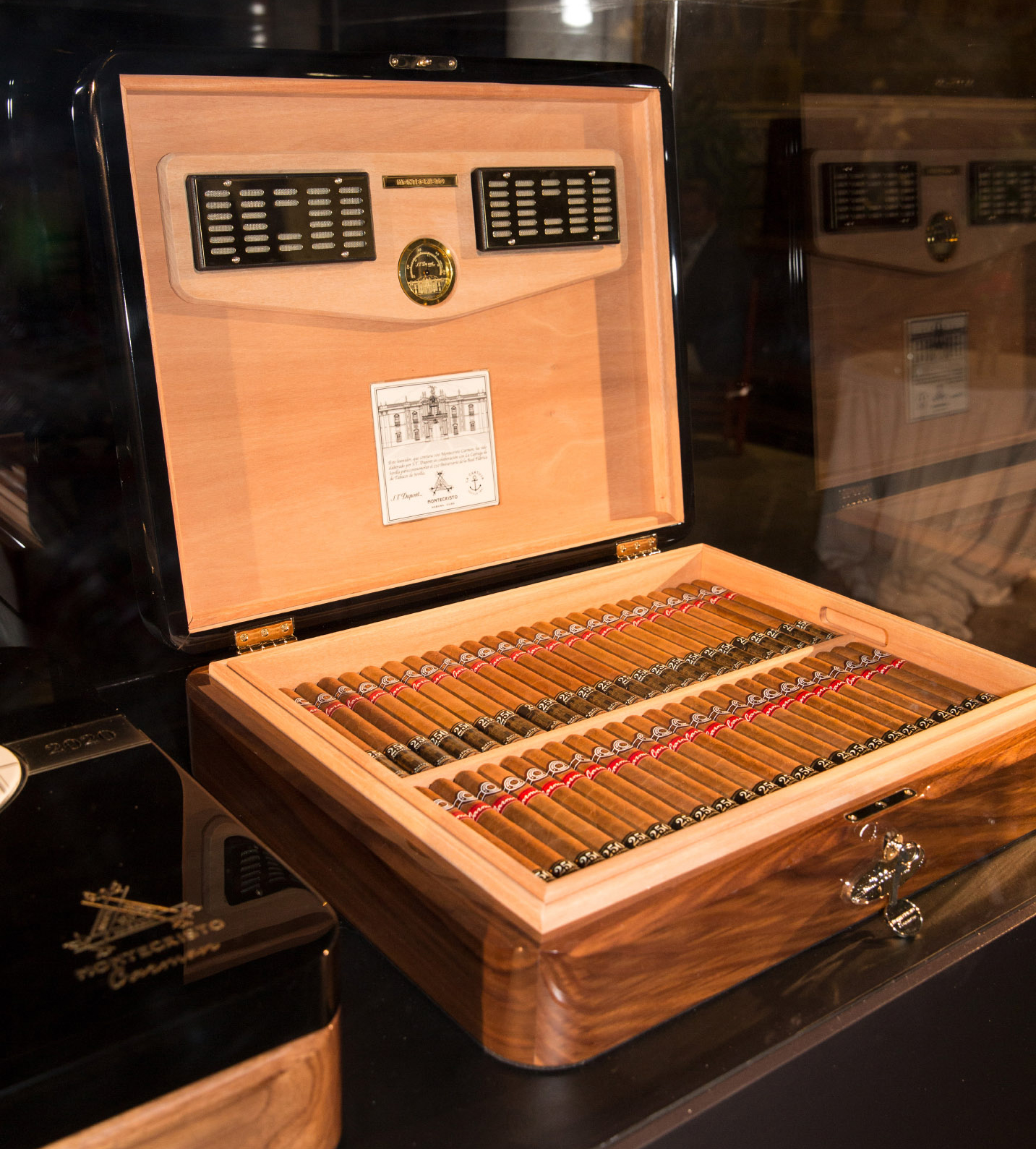 The facility being celebrated is the Royal Tobacco Factory of Seville, which first began producing snuff in 1758 and is regarded as the first tobacco factory in Europe. The facility was completed in 1770, and in the latter half of the 18th century, the factory would add cigar production to its offerings, which would serve as a vehicle for Spain to strengthen its ties with Cuba.

The building remained a tobacco factory until 1950, when its operations were moved and the building became the headquarters of the University of Seville, currently serving as the rectorate of the university. It remains one of the largest industrial buildings in the country and a prime example of 18th century industrial architecture.

To celebrate the anniversary, Tabacalera commissioned the creation of the Montecristo Carmen 250 Aniversario Real Fábrica de Tabacos de Sevilla, a limited release which includes a new vitola for the Montecristo marca that is presented in a humidor.

The cigar is the Montecristo Carmen, a double corona that measures 7 1/10 inches (180mm) long with a 49 ring gauge. It is a vitola known as the Paco that has been used for the Hoyo de Monterrey Escogidos, an exclusive cigar for La Casa del Habano stores, as well as a small group of Edición Regional releases. It is also the same vitola as the discontinued San Cristóbal de la Habana El Morro.

Opera fans will immediately recognize the inspiration for the cigar’s name, drawing on French composer Georges Bizet’s opera “Carmen,” with the title character being the factory’s most famous cigar roller, who is also known for her power of seduction.

According to a press release, the cigars were produced by five of the top rollers at the H.Upmann factory in Havana, Cuba. Beyond the standard Montecristo band, it wears two additional bands, one with the name of the vitola and the other with the design of the main facade of the Royal Tobacco Factory of Seville.

The release is limited to 250 individually numbered humidors that are exclusive to the Spanish market. The humidors were made by S.T.Dupont and La Cartuja de Sevilla; the former produced the humidor of cedar and walnut woods, while the latter added the reproduction of the factory on the humidor’s lid. Each humidor comes a book that details the Montecristo brand as well as the history of the factory and the Seville cigar makers, the myth of Carmen, and the collaborators who made the release of this limited edition offering possible. 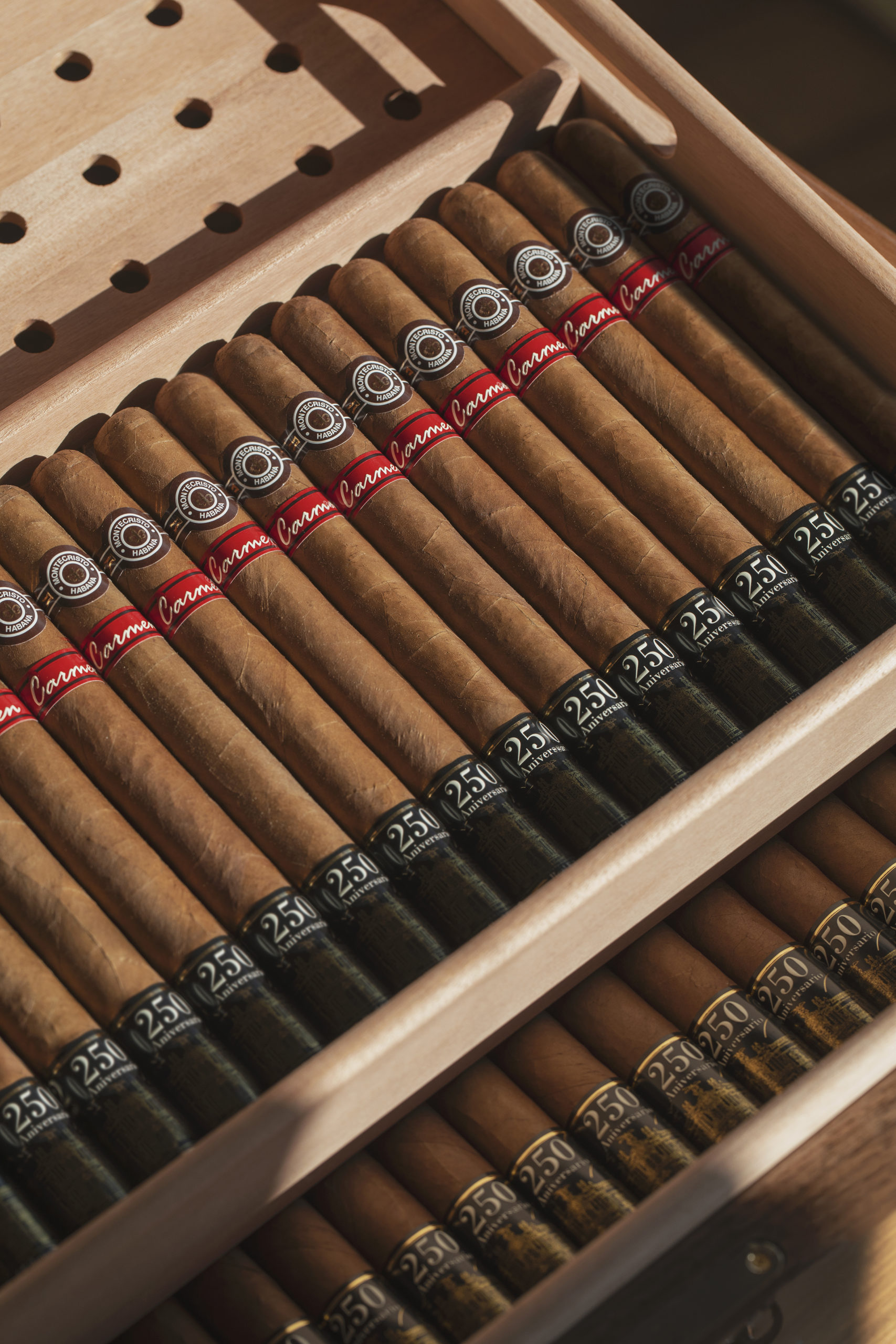 Each humidor contains 100 of the Montecristo Carmens and is priced at €30,000.

The cigars debuted on Thursday evening with an event organized by Club Pasión Habanos at Casa Palacio Guardiola in Seville. Tabacalera S.L.U. said that the cigars have been released in limited quantities at thus point.