The Second Ignite series release from Southern Draw is a Rose of Sharon Perfecto.

On May 12, the company will hold an event at Leaf Cigar Bar in Easton, Pa. to celebrate the release of the cigar, which is an exclusive to Famous Smoke Shop and the associated Leaf store. 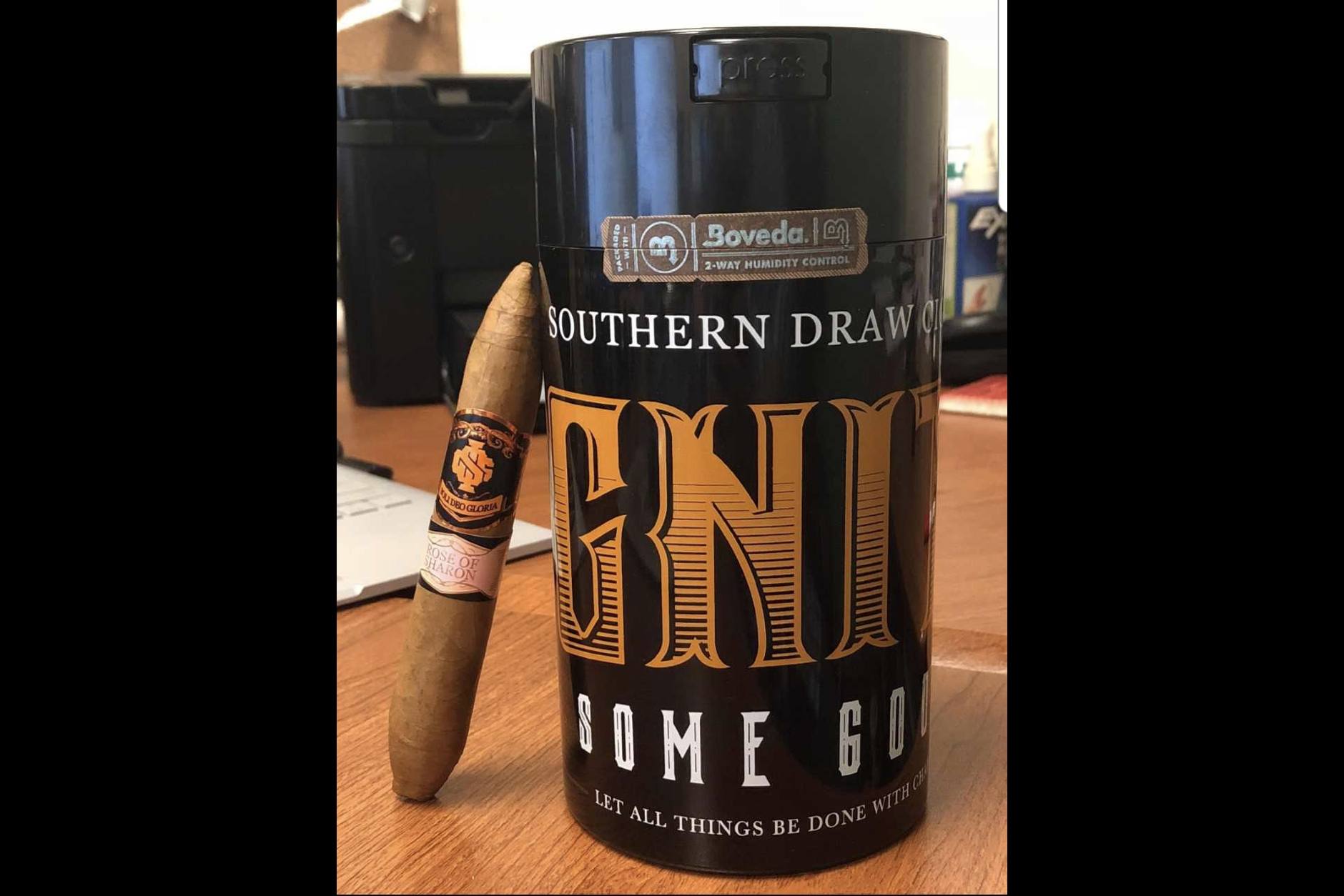 It measures 6 x 56, using an Ecuadorian Connecticut wrapper over a Nicaraguan habano binder and fillers from the Dominican Republic and Nicaragua. The company says the cigar is “initially limited” to 500 jars of 10, offered in both black and white.

The Ignite Series is a collection of limited edition cigars each going to specific retailers. Those retailers, along with Southern Draw, agree to donate $3.75 each, for a total of $7.50 per jar, to charities focused on active-duty military, the homeless and hungry, and cigar-related charities.