Cigars commemorating specific people are nothing new in the cigar industry and Southern Draw Cigars owner Robert Holt added another to the list with a new release.

The Rose of Sharon, named after his wife, Sharon Holt, is said to be the mildest offering in the company’s portfoilo so far. It incorporates a blend made up of an Ecuadorian Connecticut wrapper, a Nicaraguan binder and filler tobaccos that include Dominican piloto cubano and Nicaraguan seco and visas.

A press release has more information:

She don’t know she’s beautiful. Besides the apparent beauty of The Rose of Sharon in its semi box pressed format, the release is a celebration of grace and the devotion of Sharon Holt as she continues her daily service via strong faith and daily fellowship. Much like a Rose, Sharon exemplifies our brand with her beautiful soul, humility and a ‘subtle’ boldness which has made an incredible impact on so many lives.

While all three vitolas of Rose of Sharon are packaged in 20-count boxes, the company is also selling 1,000 handmade cedar cases, known as petacas, that hold two of the toro vitola for $25. 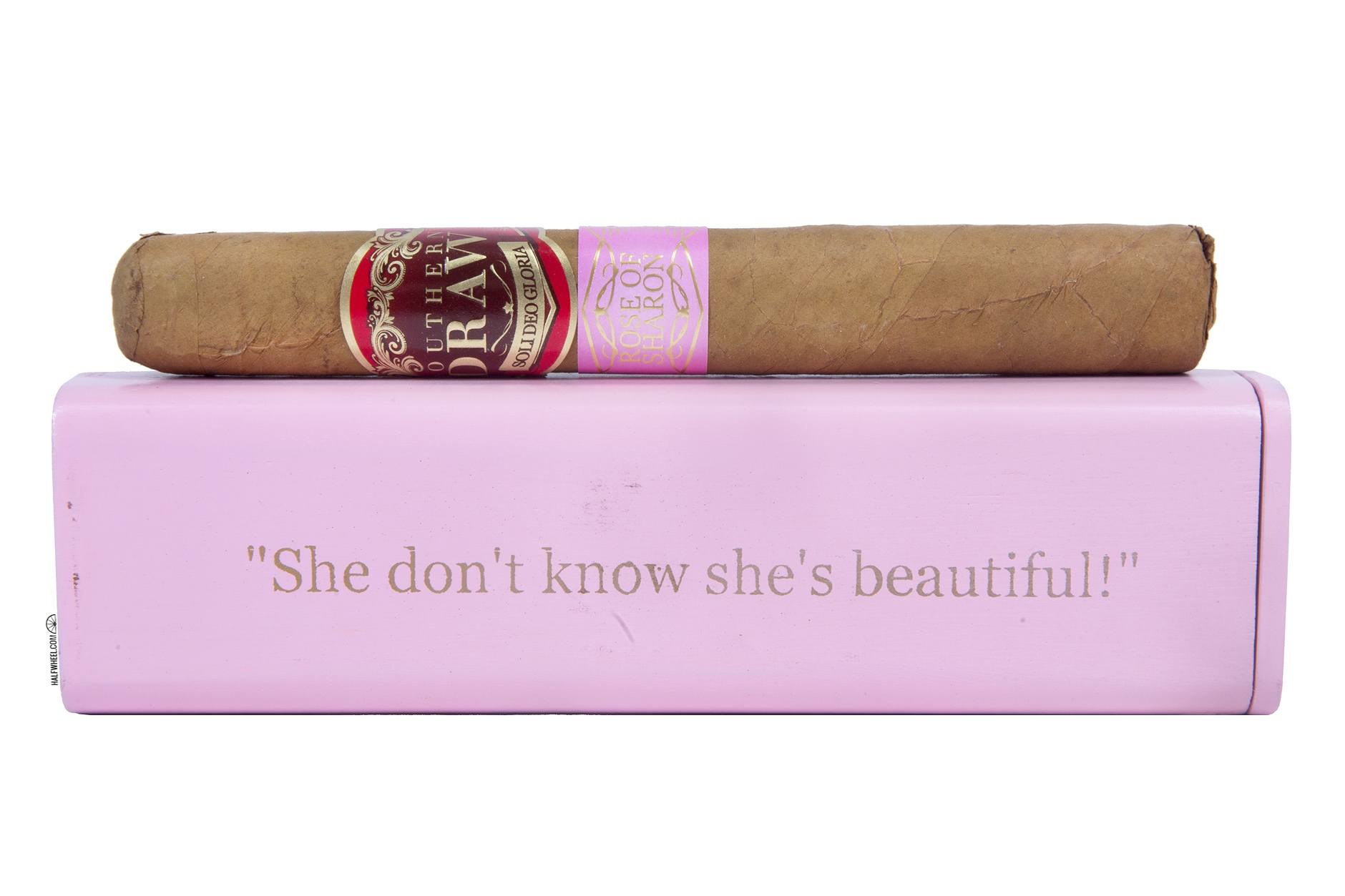 Covered in a golden brown wrapper, the Southern Draw Rose of Sharon feels quite a bit like parchment and there is virtually no oil visible. The cigar is quite spongy when squeezed, and features both a box-press and covered foot. Aroma from the wrapper is a combination of sweet nuts, tobacco, hay, creamy cedar, cinnamon and leather, while the cold draw brings flavors of distinct milk chocolate, creamy peanuts, cedar, white chocolate, hay, earth and fresh ground coffee.

The Southern Draw Rose of Sharon starts off the first third with a very dominant hay and nuts combination, followed by notes of cedar, leather and earth that flit in and out. There is a touch of white pepper on the retrohale, along with some cotton candy sweetness, but neither one is all that strong enough in the profile as of yet. The draw is excellent so far with just the right amount of resistance, while the burn is razor sharp, not even coming close to needing a touch-up. Smoke production is about average, and the overall strength struggles to make it out of the mild range by the time the first third comes to a close. Thankfully, the cotton candy sweetness that was so faint on the retrohale in the first third really starts to make itself known around the start of the second third, and hits its high point around the halfway point. In addition, the dominant flavors shift a bit, morphing into a creamy peanuts and oak combination, followed by cinnamon, earth, hay, leather and cocoa nibs. The white pepper on the retrohale also seems to be getting stronger as the second third burns down. Construction-wise, the Southern Draw Rose of Sharon continues to impress, with a wonderful draw and a burn that remains trouble free. Finally, the overall strength sees a fairly significant increase, almost making it to the medium by the end of the second third. 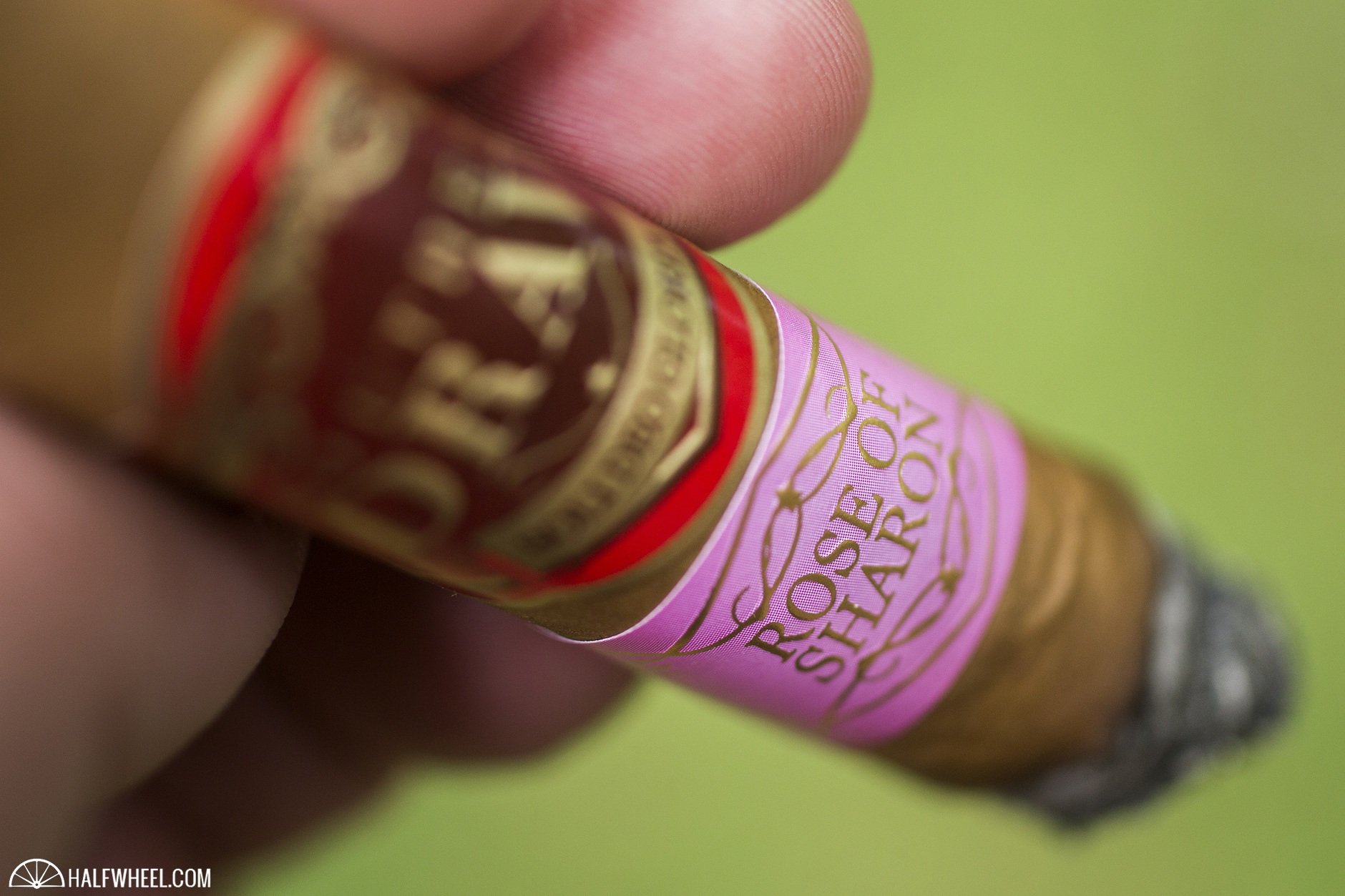 The final third of the Southern Draw Rose of Sharon is quite similar to the second third, with the same oak and creamy peanuts combination as the dominant notes, followed by other flavors of earth, grass, cinnamon, roasted coffee beans and a touch of floral. Although the strength of the white pepper has remained about the same, the cotton candy sweetness on the the retrohale has decreased noticeably, leading to a much less complex profile overall. The draw remains great, and while the burn has started to waver, it is not close to needing to be touched up. The strength has continued to climb, and ends up just below the medium mark by the time I put the nub down with a little more than an inch to go. I am always on the lookout for exciting Connecticut-wrapped blends, and the Rose of Sharon hits quite a few of the notes I am looking for: creamy and slightly sweet, with some obvious white pepper on the retrohale—especially in the first third—and a noticeable strength that is not aggressive enough to overwhelm any of the flavors. Having said that, the overall profile is quite delicate and flavors are easy to miss if you are not concentrating on finding them, especially if you are not retrohaling. A very nice cigar to start the morning with, and one that I have no problem recommending if you are a fan of Ecuadorian Connecticut-wrapped blends.