Over the years, various cigar companies and charitable organizations have gone hand in hand and a new series of limited editions from Southern Draw Cigars continues the trend.

Dubbed Ignite, the new series of cigars is made up of partnerships with specific retailers around the country that is intended to raise money for three types of different charities: helping active-duty, deployed, military veterans and their families; premium cigar rights and cigar retail associations; and organizations that help the needy, homeless and hungry population, many of whom are U.S. military veterans.

In terms of packaging, the different limited edition cigars will encompass a total of 5,000 10-count jars—2,500 in black and 2,500 in white—that are tagged with the slogan “Ignite Some Good.” In addition, inside each jar will be a humidification pack donated by Boveda and an informational brochure insert about the charity being donated to, as well as a sticker on the lid detailing said charities. As part of the program, both Southern Draw and the retail partner will each contribute $3.75 per jar—a total of $7.50 per jar—with a total donation of $37,500.

So far, there have been two different releases in the new series: the first was a 6 1/2 x 40 box-pressed lancero that debuted on April 12 at the Texas Cigar Festival in collaboration with Serious Cigars and Casa de Montecristo that benefited Operation Cigars for Warriors, a charity that sends cigars to active duty military. That cigar is the Southern Draw Jacobs Ladder Lancero, 6 1/2 x 40 box-pressed lancero featuring the exact same blend as the normal release version: a Pennsylvania broadleaf wrapper covering an Ecuadorian maduro binder and filler tobaccos from Nicaragua.

“We are excited to partner with Robert and Sharon Holt and the Southern Draw family on the release of the IGNITE project,” said Ernie R. Watson, senior merchandise manager for Casa de Montecristo, in a press release. “As the largest brick and mortar cigar lounge chain in the country and the first retailer to receive and offer these for purchase, we feel that our customers will be just as excited as we are to try these exclusive items.” The first release consisted of 1,000 jars of 10—500 black and 500 white—with 100 sold at the event and each cigar retailing for $9.99. In addition, 400 went on sale at other Casa de Montecristo locations around the country while the remaining 500 jars are scheduled to be released at a future time. The cigars are being rolled at Tabacalera AJ Fernandez Cigars de Nicaragua S.A.

The second event was held on May 12 at Easton, Pa.-based retailers Famous Smoke Shop & Leaf Cigar Bar, where the 6 x 56 Rose of Sharon Perfecto was introduced. A third event introducing two new cigars will be held in later in the year at Cigars International.

There are now four different vitolas in the Jacobs Ladder lineup: There is no doubt that the Southern Draw Jacobs Ladder Lancero is visually striking from the first look, with a rustic, close to black wrapper that is surprisingly smooth to the touch. It has virtually no oil noticeable and the combination of small nub cap, cedar wrap, box-pressed vitola and closed foot are all nice touches. Aroma from the wrapper is a combination of gritty earth, cedar, manure, sweet almonds, hay, dark chocolate and black pepper, while the cold draw brings flavors of creamy cedar, nuts, leather, earth, tree bark, espresso beans and dark fruit sweetness.

Starting out, the Southern Draw Jacobs Ladder Lancero features two dominant flavors in combination, earth and cedar, both of which all but drown out the lesser notes of leather, freshly roasted coffee, cocoa nibs and floral. There is quite a bit of black pepper on the retrohale early on as well as some noticeable spice on my tongue and I pick up a small amount of dark cherry sweetness on the retrohale that is pulled over from the cold draw. The draw is excellent after a simple straight cut and the burn is very close razor sharp, needing no attention so far. Smoke production is about average off of the foot and the overall strength hits a point closer to medium than mild by the time the first third comes to an end. Consistency is the name of the game for the Jacobs Ladder Lancero in the second third, with the same earth and cedar combination once again easily taking the top spot in the profile. There are other notes that flit in and out as well, including leather, barnyard, floral, dark chocolate and bread, all of which are strong enough to recognize without coming close to being strong enough to overtake the main flavors. While the spice on my tongue is long gone by the halfway point, the amount of black pepper on the retrohale has actually increased slightly and the dark cherry sweetness from the first third is close to the same level. Construction-wise, both the burn and draw continue to impress, while the overall smoke production has increased a touch in both density and amount. The strength increases a bit, but still ends the second third just a bit below the medium mark. 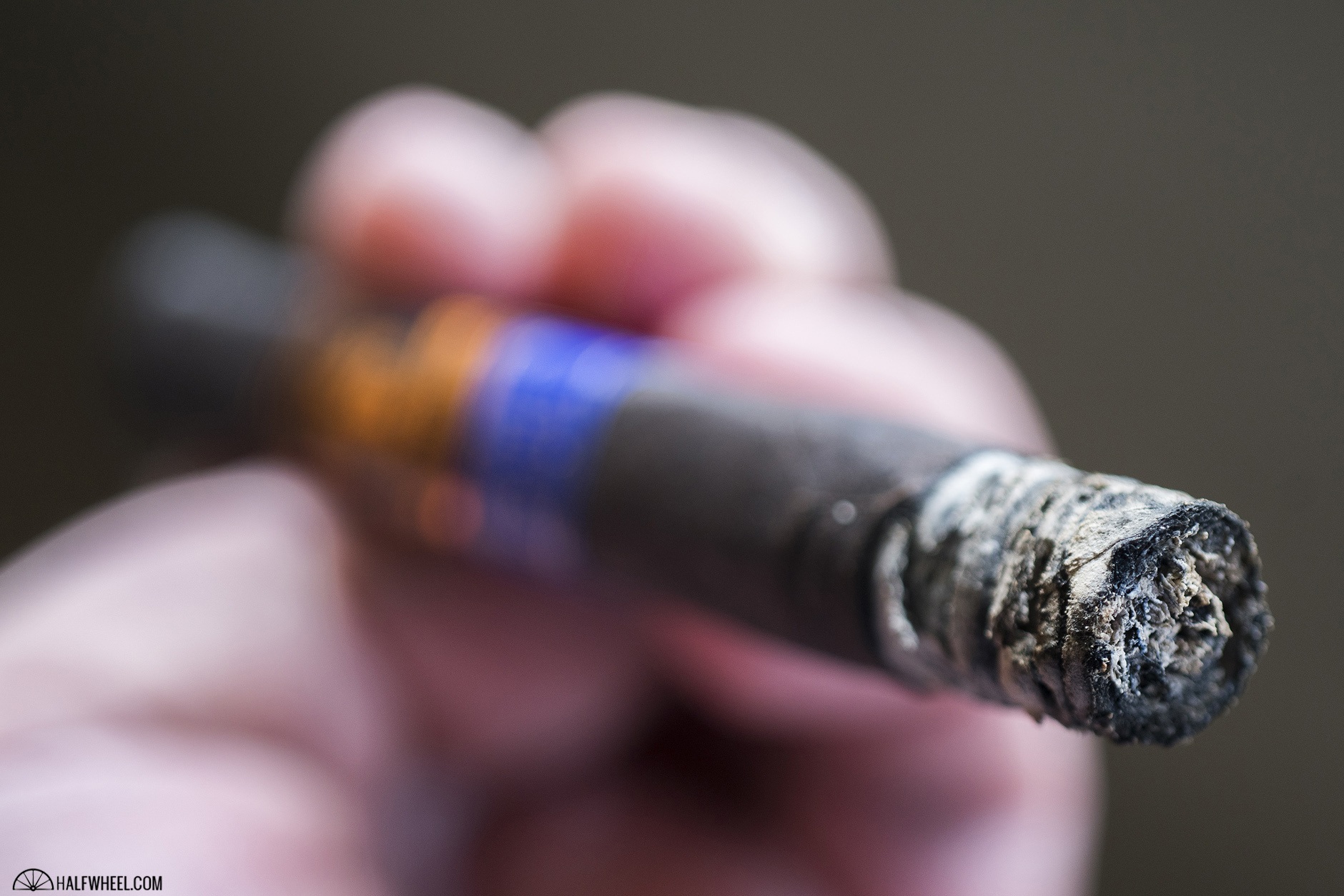 Unfortunately, the profile of the Southern Draw Lancero during the final third does not hold many surprises, although the black pepper on the retrohale does decrease slightly. The gritty earth and creamy cedar are still very much dominant on the palate, while other notes of leather, hay, asparagus, cloves and salted peanuts fill in the gaps. In addition, the cherry sweetness on the retrohale is still noticeable without being strong enough to make much of a positive impact and the black pepper on the retrohale has receded noticeably from its high in the second third. Both the burn and draw continue along their excellent path, while the overall strength finally breaks through the medium mark—albeit barely—just before I put down the nub with less than an inch left. While not the most complex or nuanced of blends, the Southern Draw Jacobs Ladder Lancero is an easy smoking, nicely distinct profile that lovers of earthy and woody profiles will find particularly appealing. Construction was close to perfect on two samples, and while the third cigar had some burn issues, it was not enough to detract from the overall experience all that much. Yes, the Rose of Sharon is the better blend, but the Southern Draw Jacobs Ladder Lancero is an enjoyable cigar in its own right and the fact that it is helping such a worthy cause is just icing on the cake.