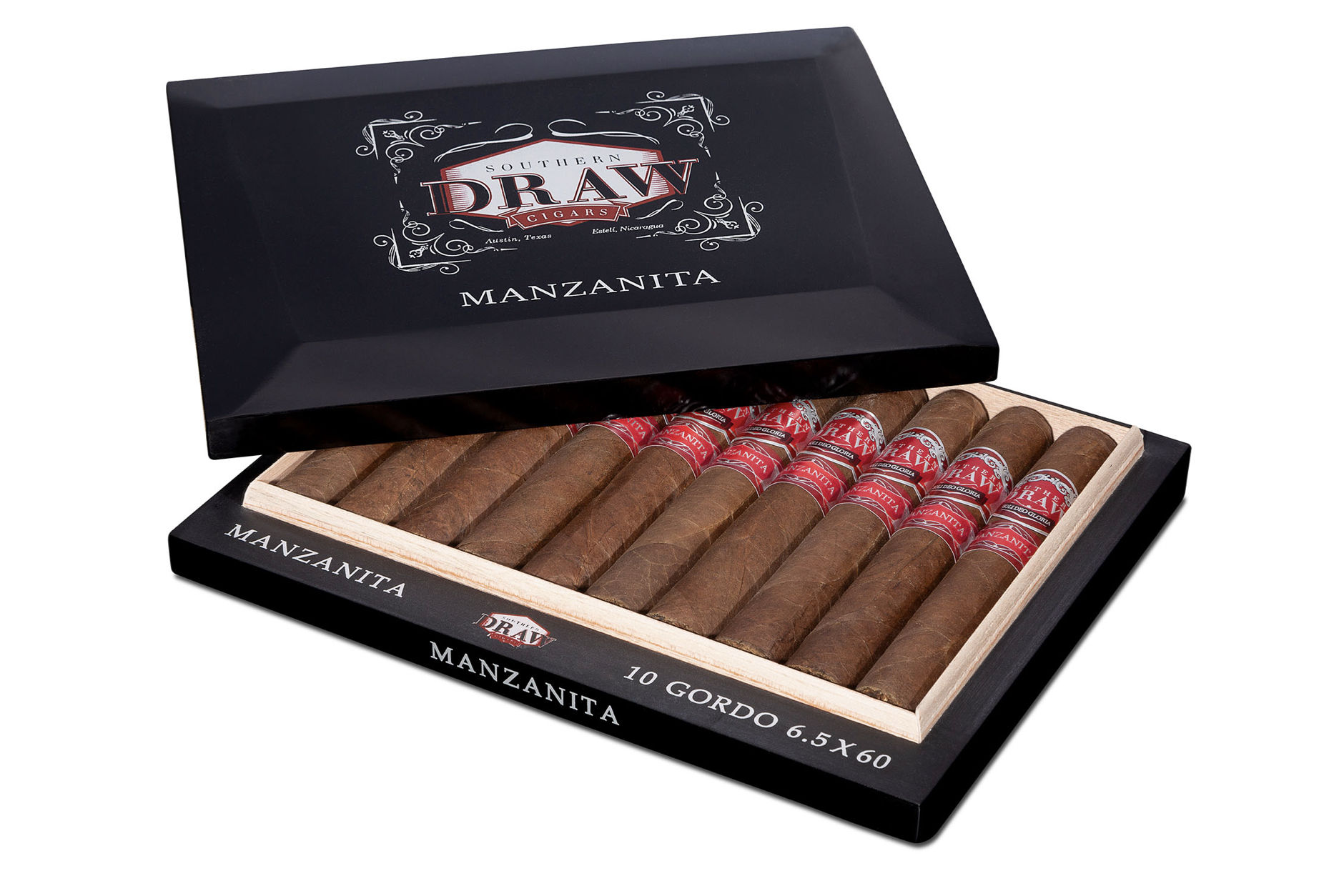 Southern Draw’s Manzanita line has recently expanded from one vitola to three.

Launched late last year, Manzanita uses a hybrid habano wrapper over a habano binder and fillers that include pelo de oro, corojo 99, and ligero tobaccos. The company purposely isn’t disclosing the countries the tobaccos come from, hoping consumers focus more on the tobaccos if they don’t know where the origins of the tobaccos. When the Manzanita Toro launched last year, Southern Draw said that there would be more sizes coming in 2021, late last month the two new sizes began shipping to stores.

Robert Holt, Southern Draw’s co-founder, told halfwheel that he has increased the planned production to 75,000 cigars per size, up from the 60,000 per vitola that was originally announced.

A portion of the sales is being donated to First Nations Development Institute, an organization that works to improve economic conditions in Native American communities. Southern Draw previously said it hoped to donate $30,000 to the group’s Nourishing Native Foods & Health.