During the 2015 IPCPR Convention & Trade Show, Steve Saka’s Dunbarton Tobacco & Trust debuted its first release to some of the most intense hype of any new cigar company in recent memory. Dubbed Sobremesa, the brand was introduced in five different vitolas, with an additional size shipping just a month later.

In June, Saka announced that there would be two additions to the line at this year’s IPCPR trade show, the 7 x 50 Elegante en Cedros and the 4 3/4 x 48 Short Churchill. Packaged in boxes of 13 and 14 respectively, the new vitolas are produced at Fabrica de Tabacos Joya de Nicaragua S.A. and started shipping to retailers immediately after the show.

“Rather than just regard it as a ‘gotta do it’ and just produce it, I decided to take the opportunity and revisit the liga and tweak it specifically for this short plump format. Although it remains true to the core blend, it is slightly increased in the strength department which I find extremely palatable. ”

There are now nine different vitolas in the Sobremesa line-up. The Sobremesa Short Churchill is fairly petite, both visually and when held in my hand, and is covered in a mocha brown wrapper that feels like very fine sandpaper. There is a bit of oil present, and virtually no veins are visible, while the cigar is a bit spongy when squeezed. Aroma from the wrapper is a combination of hay, dark cocoa, sawdust, oak and leather, while the cold draw brings flavors of oak, leather, black pepper and creamy peanuts.

Starting out the first third of the Sobremesa Short Churchill, and the dominant flavors are a combination of sweet oak and roasted almonds, followed by notes of dark chocolate, bread, earth, toast and espresso beans. There is a nice vanilla sweetness on the retrohale, where it combines a small amount of white pepper, both of which seem to be getting stronger as the first third burns down. Construction-wise, the draw is excellent so far and while the burn is a bit wavy, it is not bad enough to need correction yet. Smoke production is above average off of the foot, while the overall strength barely makes it out of the mild range by the time the first third comes to an end. 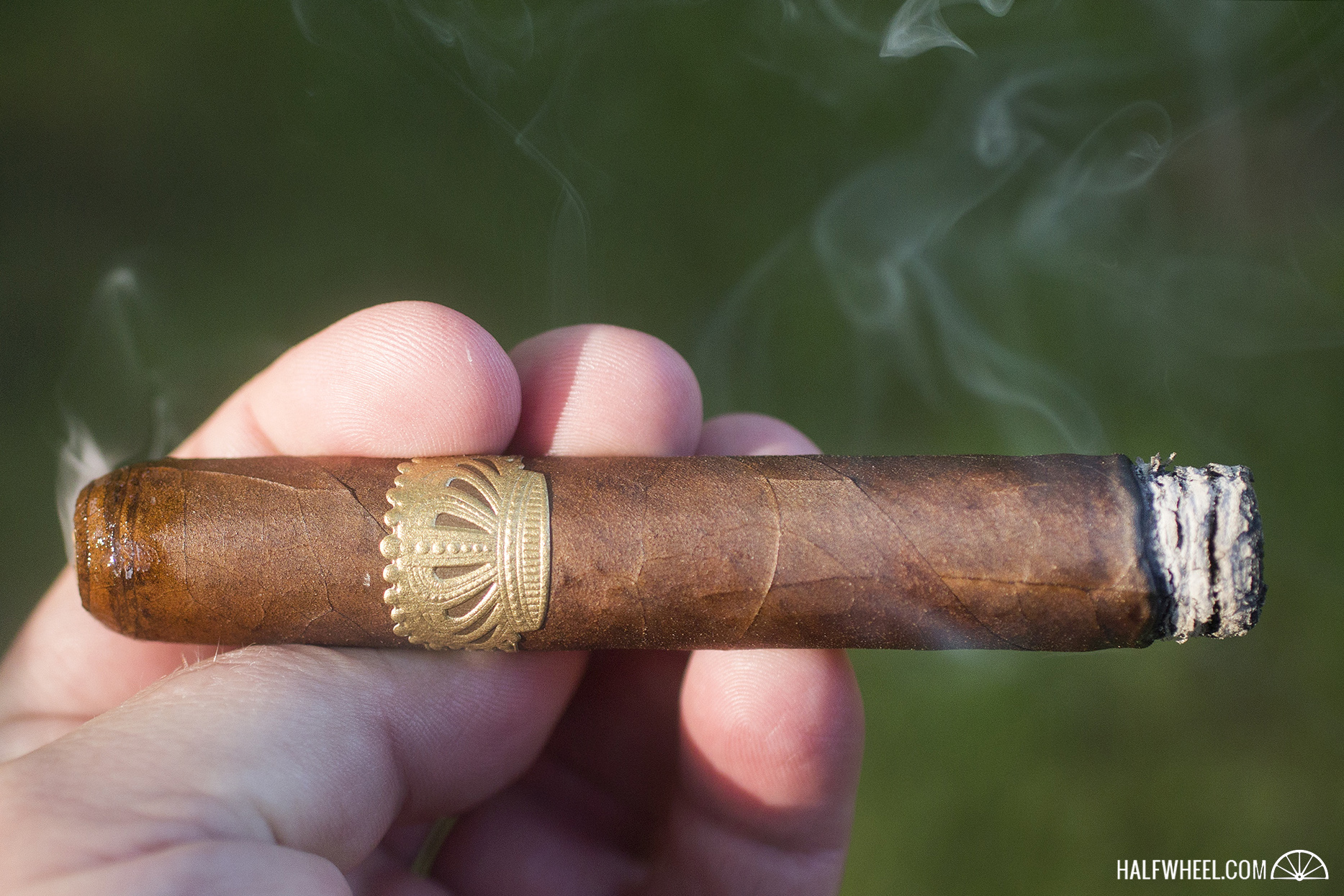 Both the vanilla sweetness and the white pepper are stronger on the retrohale as the second third of the Short Churchill begins, while the dominant flavors remain the same combination of sweet oak and roasted almonds. Other flavors of gritty earth, leather, hay, salty bread and dark cocoa flit in and out, while the smoke production has increased. The draw continues to impress, and the burn has evened out nicely, and the strength has increased noticeably to end the second third close to the medium mark. The final third of the Sobremesa Short Churchill features the same roasted almond note from the first two thirds as the dominant flavor, bur the sweet oak that was present has been relegated to background with other notes of grass, earth, leather, barnyard, ground coffee, dark chocolate and a nice meatiness. While the vanilla sweetness and white pepper are still obvious on the retrohale, the strength of both notes is noticeably reduced from their high in the second third. The draw remains excellent, while the burn has started to wander again, forcing me to touch it up a few times close to the time when I am done. The smoke production remains about the same and the overall strength level hits point solidly in the medium range by the time I put the nub down with less than an inch to go. 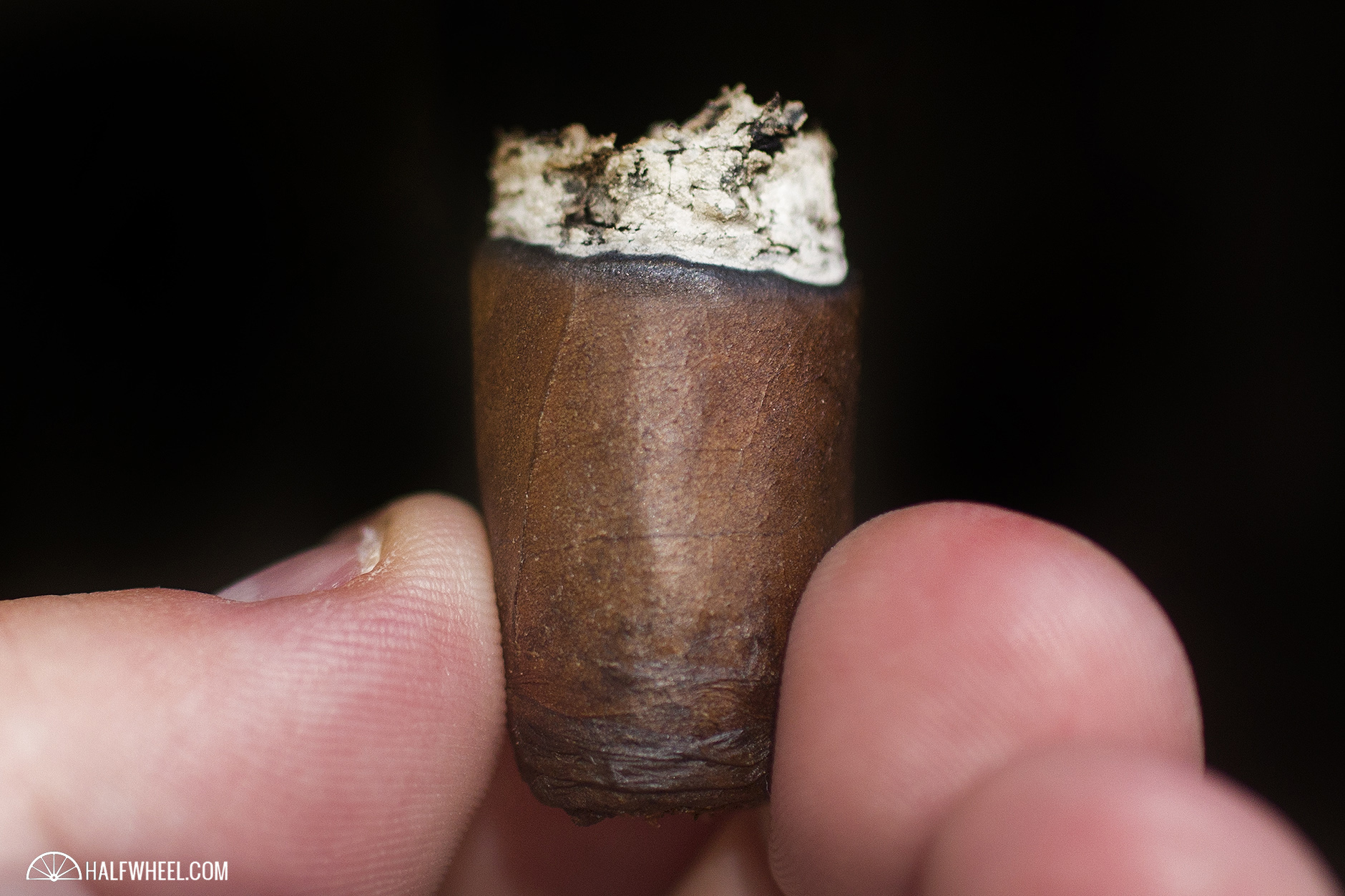