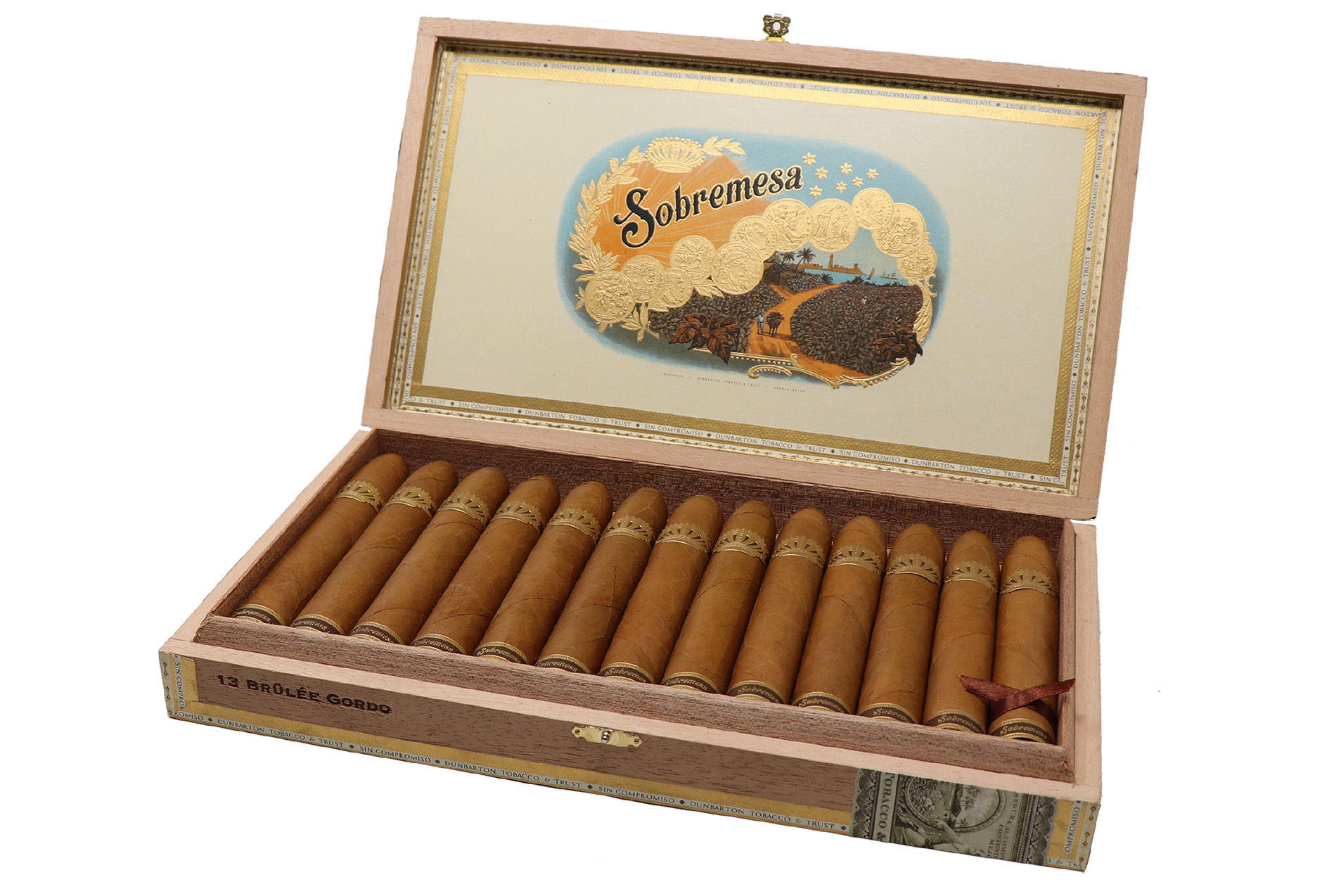 It’s not not your Father’s Connecticut cigar.

At this year’s IPCPR Convention & Trade Show, Dunbarton Tobacco & Trust will show off a new line of cigars, one that heads in a different direction from the brand’s stronger offering.

The release is Sobremesa Brûlée, a new Connecticut line that is made to harken back to the classic milder cigars that have fallen out of fashion with new age smokers but remain strong sellers for many brands. Steve Saka, Dunbarton Tobacco & Trust’s founder, told halfwheel he didn’t want to make a new age Connecticut, rather a classic cigar with high quality materials.

“I have always been reluctant to do it as there are so many classic Connecticuts in the marketplace and most of my consumers couldn’t care less for this style of cigar, but I started re-smoking many of the mainstays,” said Saka. “Somewhere over the years they have just become too bitter and grassy.”

The line is scheduled to debut at the 2019 IPCPR Convention & Trade Show, which begins June 29 in Las Vegas. Saka said he expects to ship the cigars in July, following the trade show.

Update (June 24, 2019) — Dunbarton Tobacco & Trust sent out a press release about the cigar, which updates a few details about the line. The Gordo is a 6 1/4 x 60 and has an elongated, 109-style bullet head, whereas it was originally listed as being six inches long. Additionally, the shipping date has been moved up from mid-August to July, though Saka cautioned that the cigars still need to go through the importation process. The blend has also been clarified, with an Ecuadorian Connecticut shade G2BW wrapper, Mexican Matacapan negro de temporal binder, and Nicaraguan fillers, including Condega C-SG, Pueblo Nuevo Criollo, La Joya Estelí C-98 and ASP Estelí hybrid ligero.

Finally, the following image was sent out:

This story was originally published on March 26, 2019.