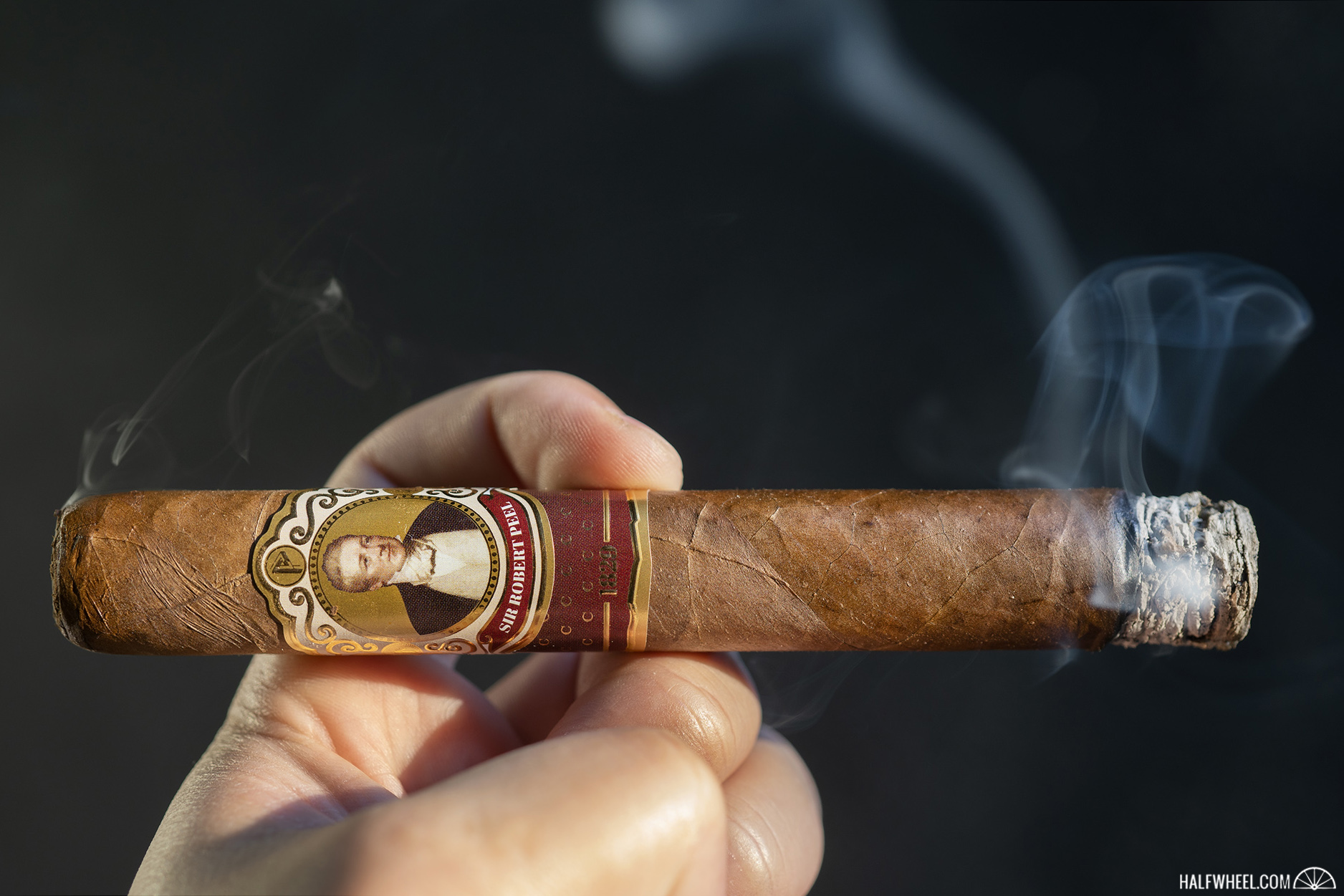 One of the best backstories for a cigar I’ve heard all year is that of Sir Robert Peel.

When I saw the news of the cigar, I was a bit confused. Sir Robert Peel, a British prime minister, just didn’t seem like a product from a brand whose hashtag is the #powerofthep.

And yet, it’s entirely on brand.

Cubariqueño Cigar Co., the company behind Protocol, was founded by Bill Ives and Juan Cancel, both of whom are police officers. Its brands to date have generally had some sort of law enforcement-related branding whether Probable Cause or John Doe Series.

Sir Robert Peel is—amongst many other things—the founder of Metropolitan Police Service and its famous headquarters, Scotland Yard. As such, he’s known as the founder of modern British policing. And given that he did so in the 1820s, when the British Empire was under rapid expansion, Peel’s concept became prevalent around the world.

There are two blends as part of the brand: a Natural using an Ecuadorian rosado wrapper and a Maduro with a Pennsylvania broadleaf wrapper. Both use a Nicaraguan binder and Nicaraguan fillers. 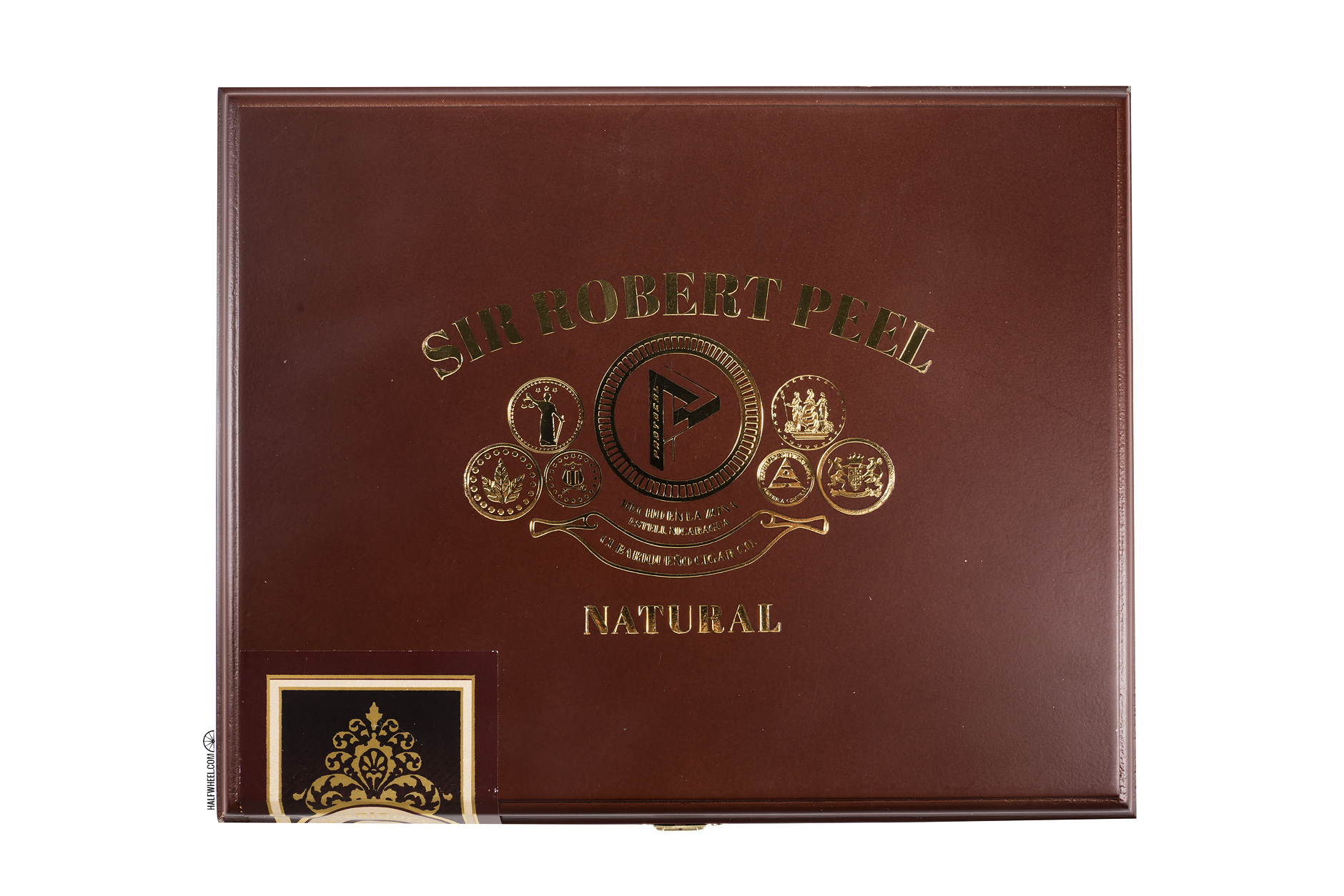 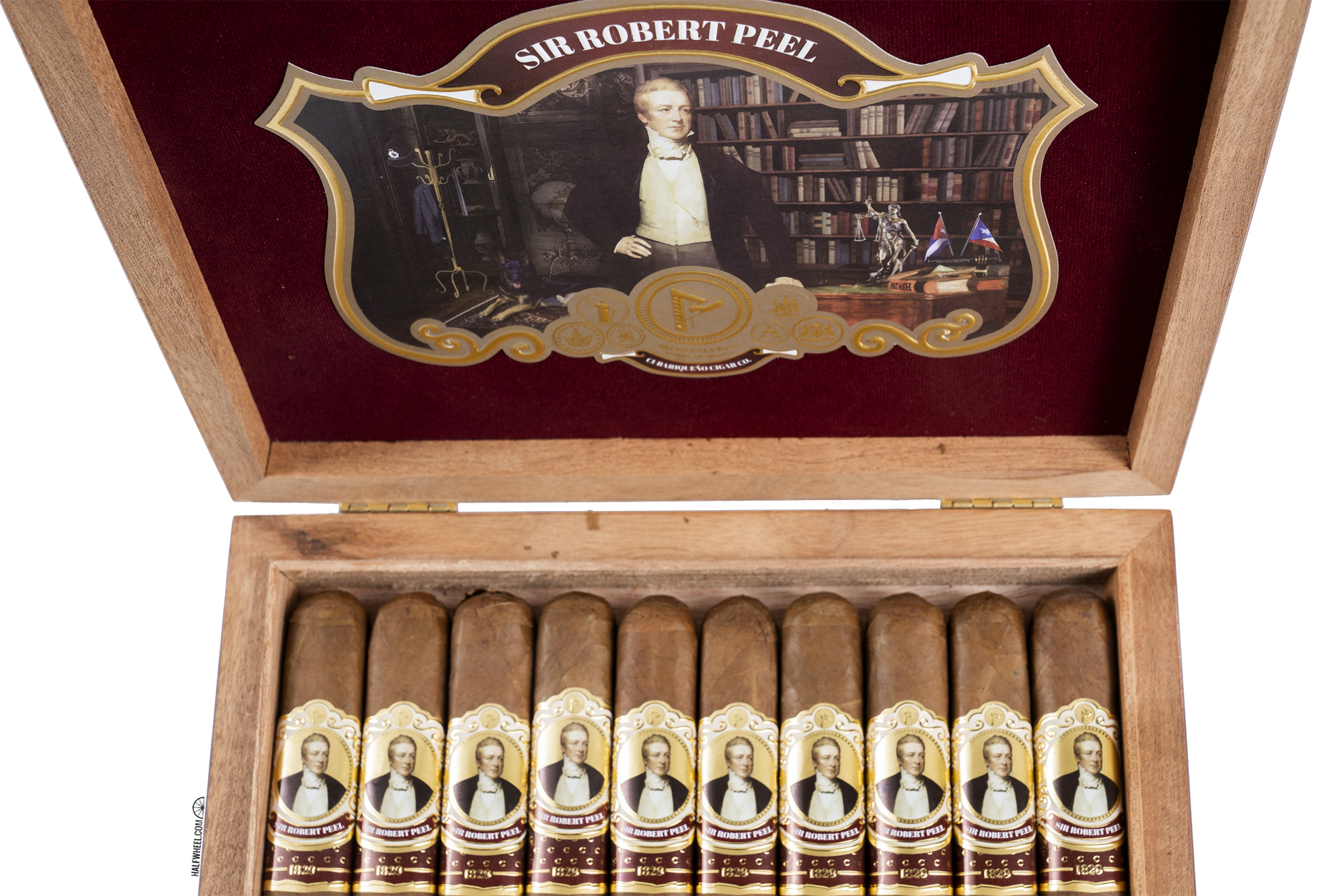 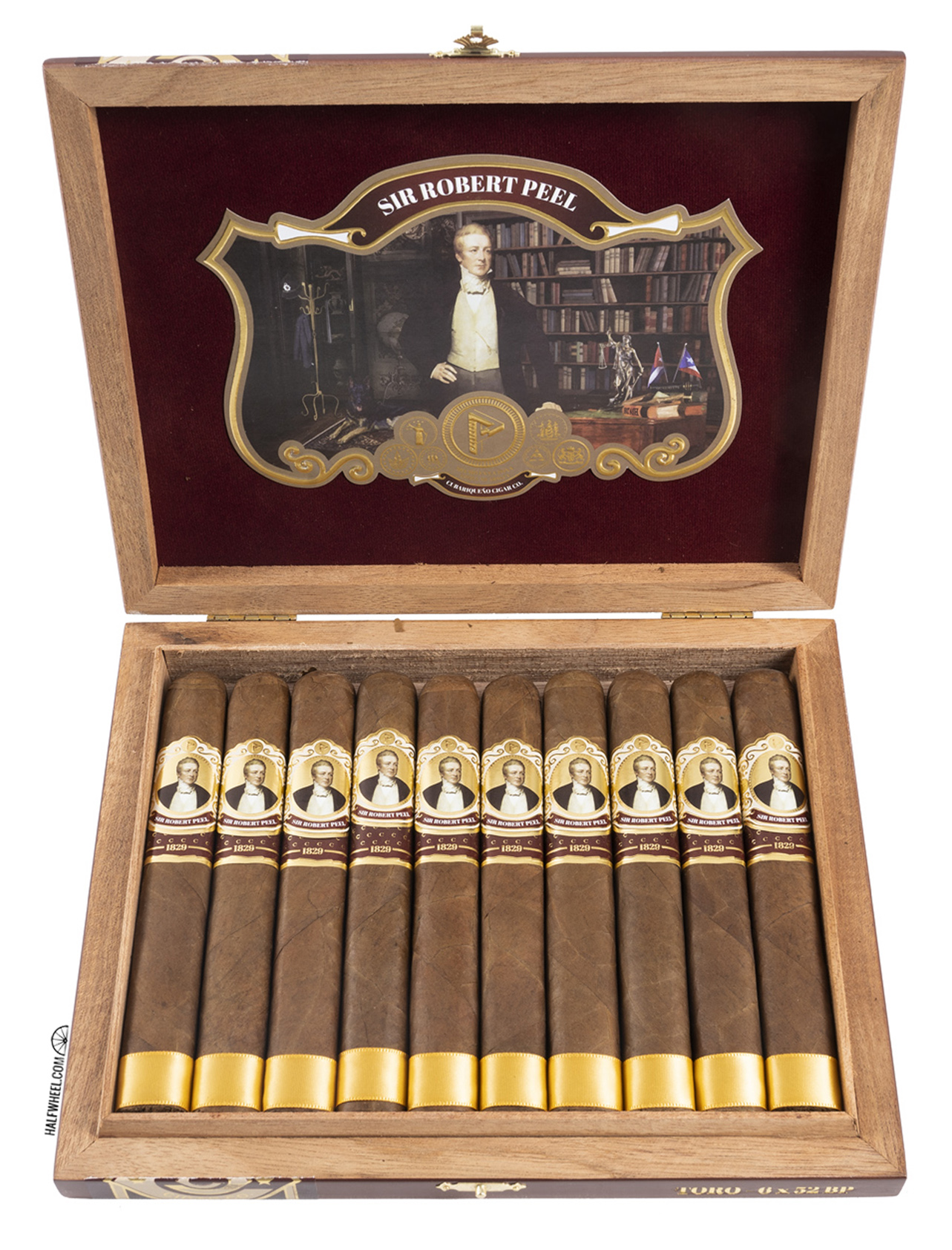 Like the rest of the company’s portfolio, they are made at La Zona Cigar Factory in Estelí, Nicaragua. 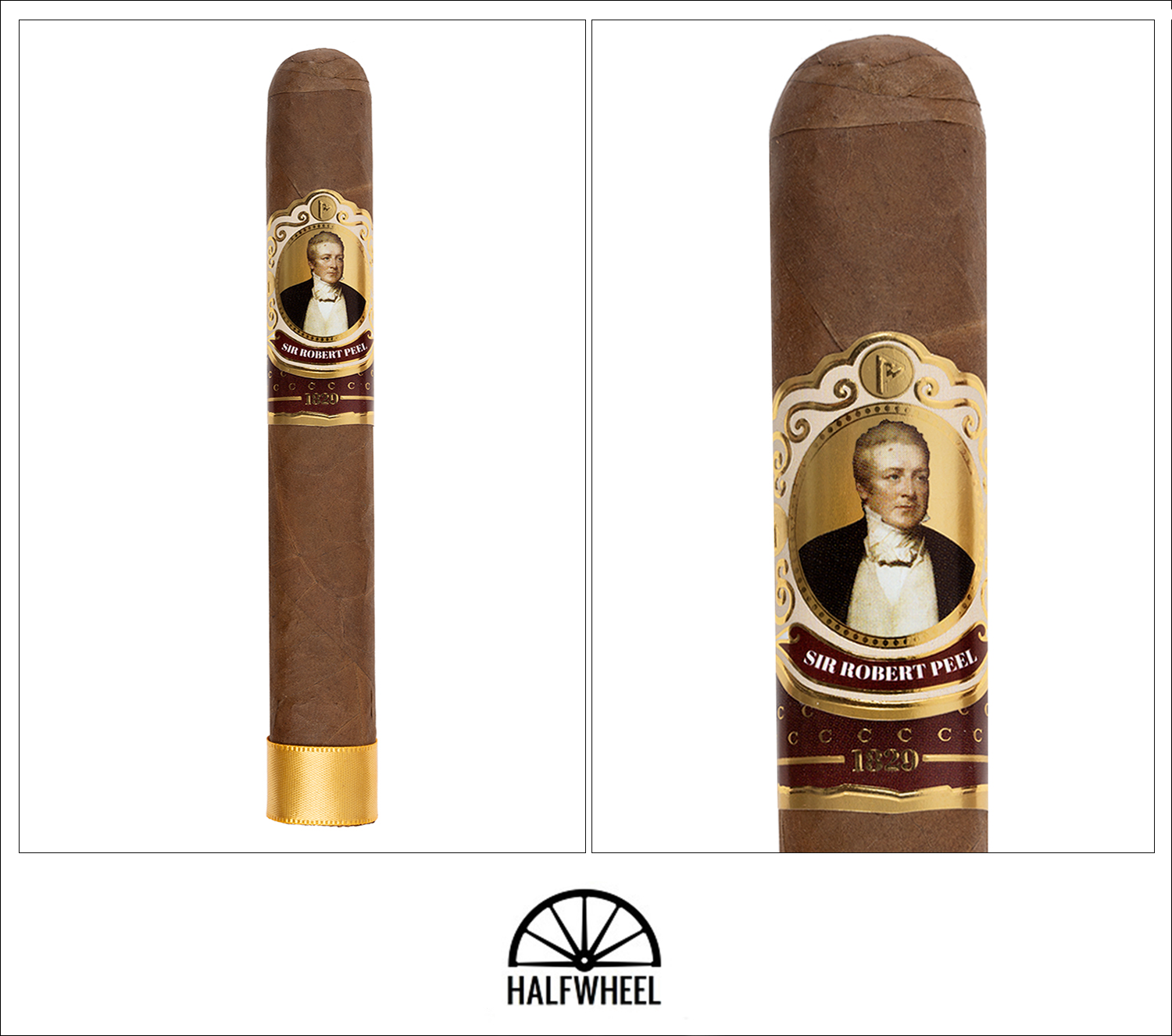 Under no circumstance would I think this is a Cubariqueño product based on appearance. The boxes, the bands—event the foot band—all look very classic, a sharp departure from the modern branding that the company has used for its other products. There is a lot of barnyard coming from the wrapper along with earthiness and milk chocolate, around medium-full. The foot is much sweeter with caramel and something that smells like blueberry jam. The flavors are a bit challenging to identify, but it’s medium-plus and pleasant. From the cold draw, there is a lot of sweet cocoa, a milder red pepper, Nilla wafer sweetness and some artificial sharpness, around medium-full.

There are two very different starts to the Sir Robert Peel Natural. Two have rich cashews, some Worcestershire sauce and a bit of a black tea flavor. The other starts with just a blast of pepper. While there are some notable differences between the progressions, there are some similarities. Both are quite dry and have sweetness in the retrohales. On the two less pepper-laden samples there is a mixture of cashew and granola in the mouth, while the retrohales have some cranberry, apple juice, some white pepper and some indeterminate burnt flavors. With the other cigar, it’s challenging too pick up much in the mouth beyond the pepper, though the retrohales can provide some relief with Worcestershire, macadamia nuts and grassiness. Both cigars are medium-full in flavor and nearly full in booth strength and body.

One of the two less pepper-driven Sir Robert Peel Naturals decides to take a sharp turn towards an extreme amount of red pepper. It’s a refined version of the sensation—like what happens if I stand over a pot of cooking red pepper flakes—but ultimately, it’s too much. Underneath that is sweetness, grassiness and crackers. The other two cigars—including the one that started with far more pepper—are much more forgiving. Red pepper remains the dominant flavor, but without being completely overwhelming. Underneath that is sweetness, grassiness and some dry crackers. Retrohales can be great: apple sweetness, citrus, burnt bread and black pepper. However, sometimes the finish adds even more pepper, and on one sample, a metallic flavor. Across the board, everything is full, if not whatever the next level of fullness is. I’m forced to touch up two of the samples, which isn’t really surprising given how full the cigar is. 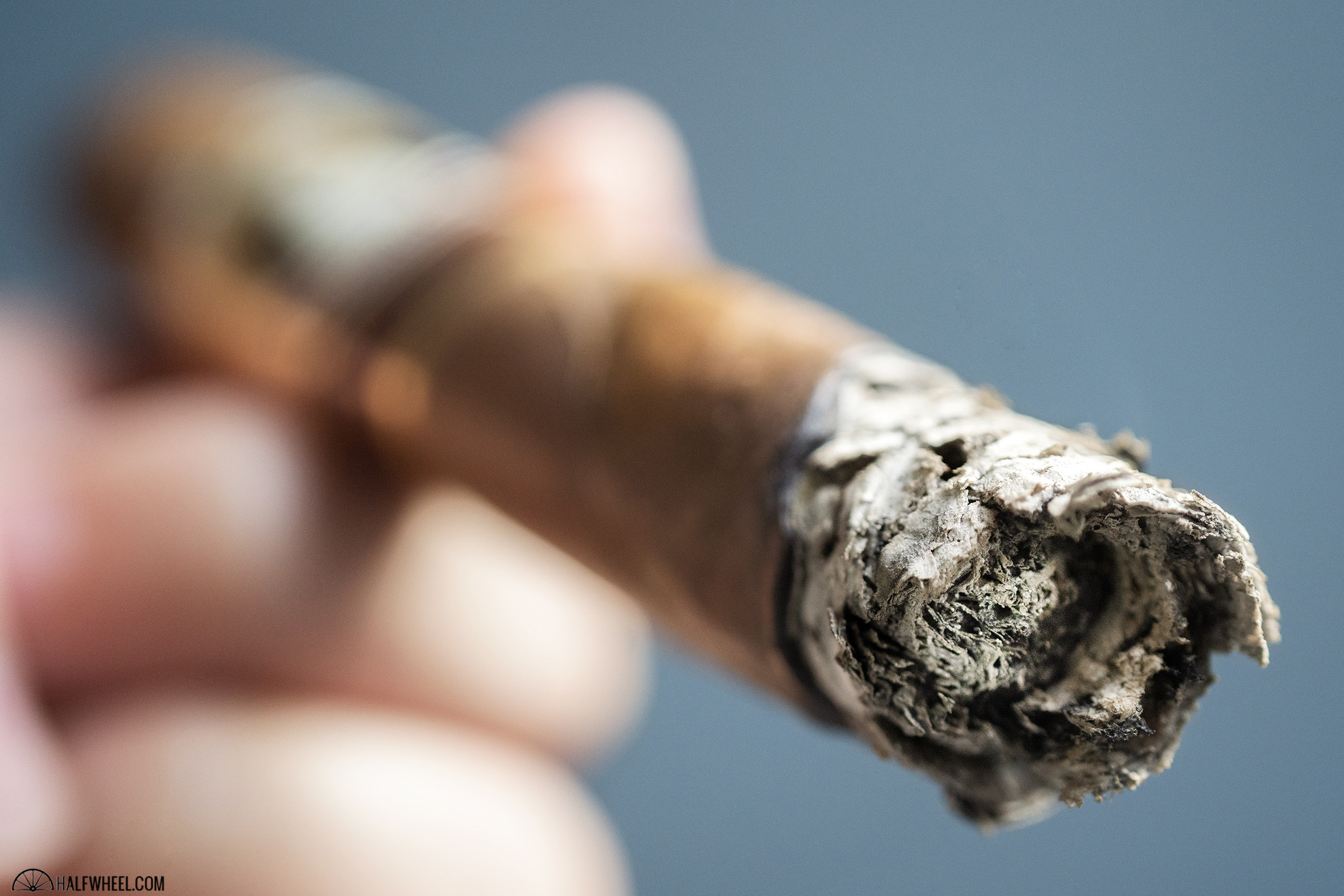 The sample that went off course in the second third is still very much not pleasant. It’s a mixture of red pepper, black pepper, some generic wood flavors and a dryness that does little to help the overall enjoyment. Fortunately, the other two Sir Robert Peels are much better. They are still a bit dry, drier than the rest of the cigar to this point, but with a cleaner mixture of nuttiness and brown rice upfront. Retrohales on all three cigars provide an interesting cardamom flavor, along with varying degrees of citrus and pepper, albeit, mainly white pepper at this point. Flavor is full, body is full and strength is either medium-full or full, though a notch down from the second third. 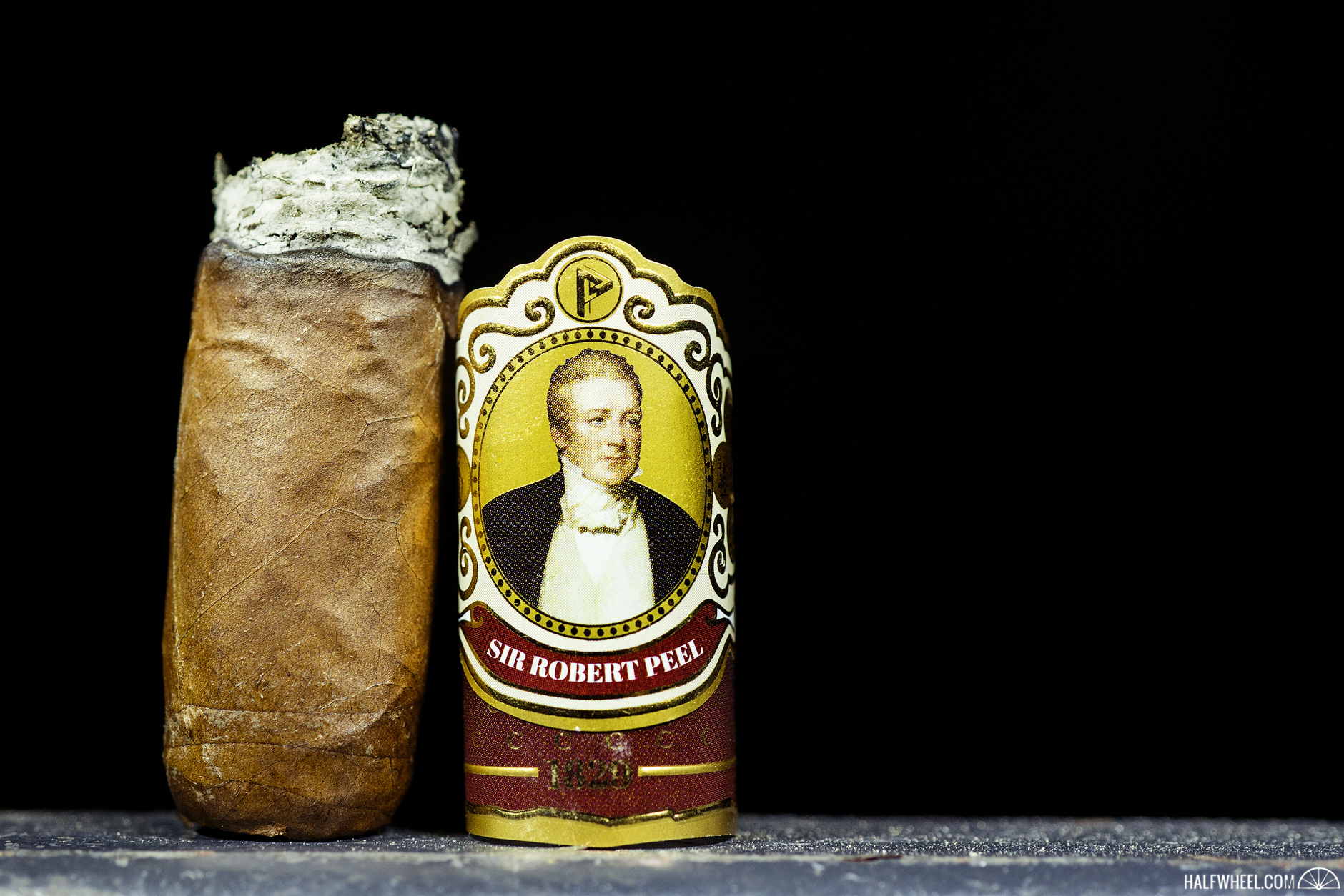 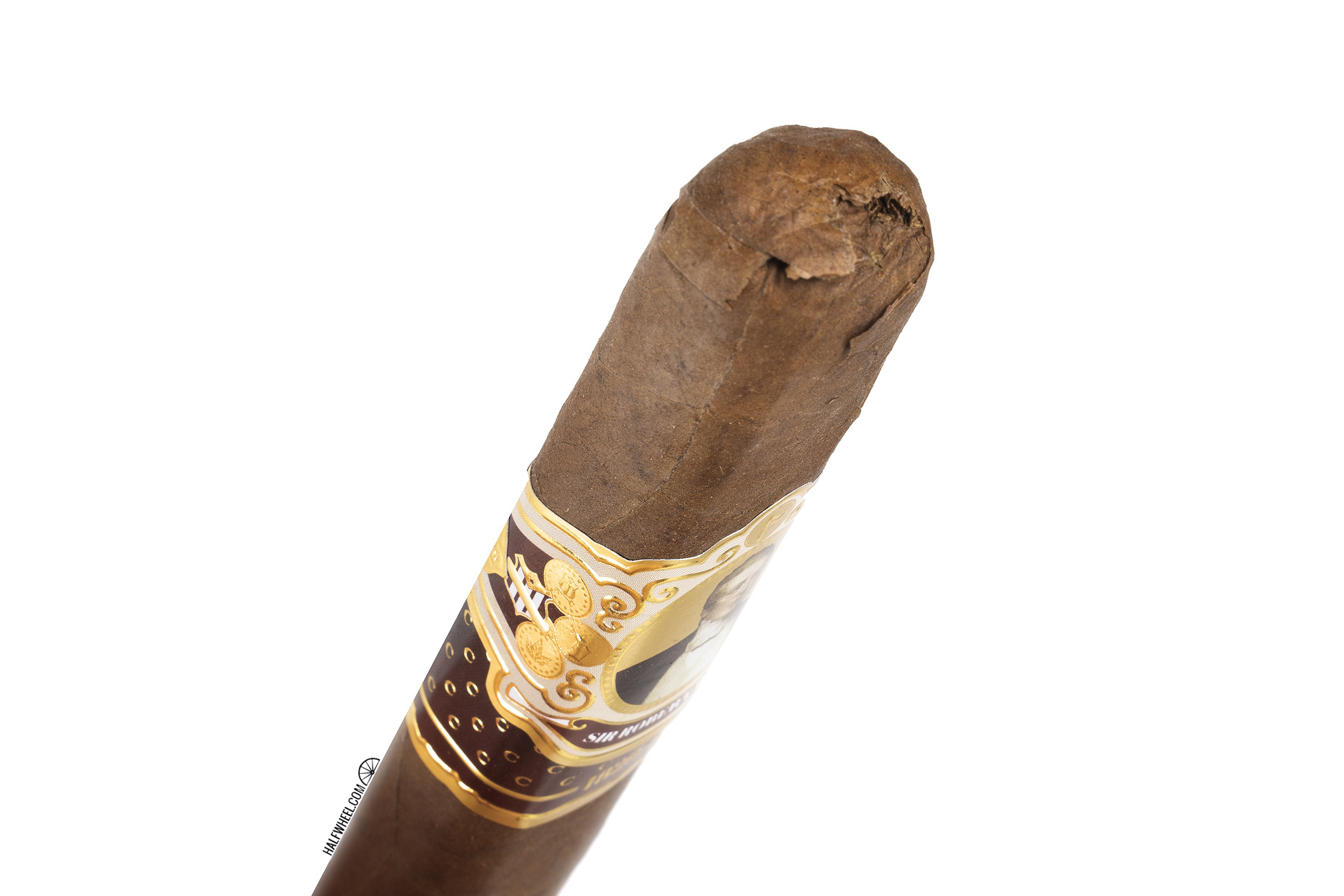 I am all for an over-the-top nicotine powerdrive, so long as the flavors aren't equally unhinged. Unfortunately, at various points of the three Sir Robert Peel Natural cigars I smoked, the profile was not pleasant. If I could piece the best parts of each of the three cigars together, there's a fantastic powerhouse cigar that would satisfy the fans who crave nicotine bombs. Unfortunately, none of the three cigars were able to deliver that picture from start to finish. I'm curious to try the maduro and see if the wrapper change is able to reign in the pepper just a tad because that's all it needs, just a bit more beyond pepper.