For a couple of years now, Sinistro Cigars has been selling cigars in three blends, each coming in four sizes. Those blends are called Mr. White, Mr. Red and Mr. Black.

In December, each of these regular release blends got a limited edition size added to the lineup called the Scala,  a unique perfecto shape featuring a shaggy foot and a twisted rope of tobacco wrapped around the outside of the cigar.

Today I’ll be looking at the Mr. Red Scala, which with the addition of this size, rounds out the total to five different sizes available. 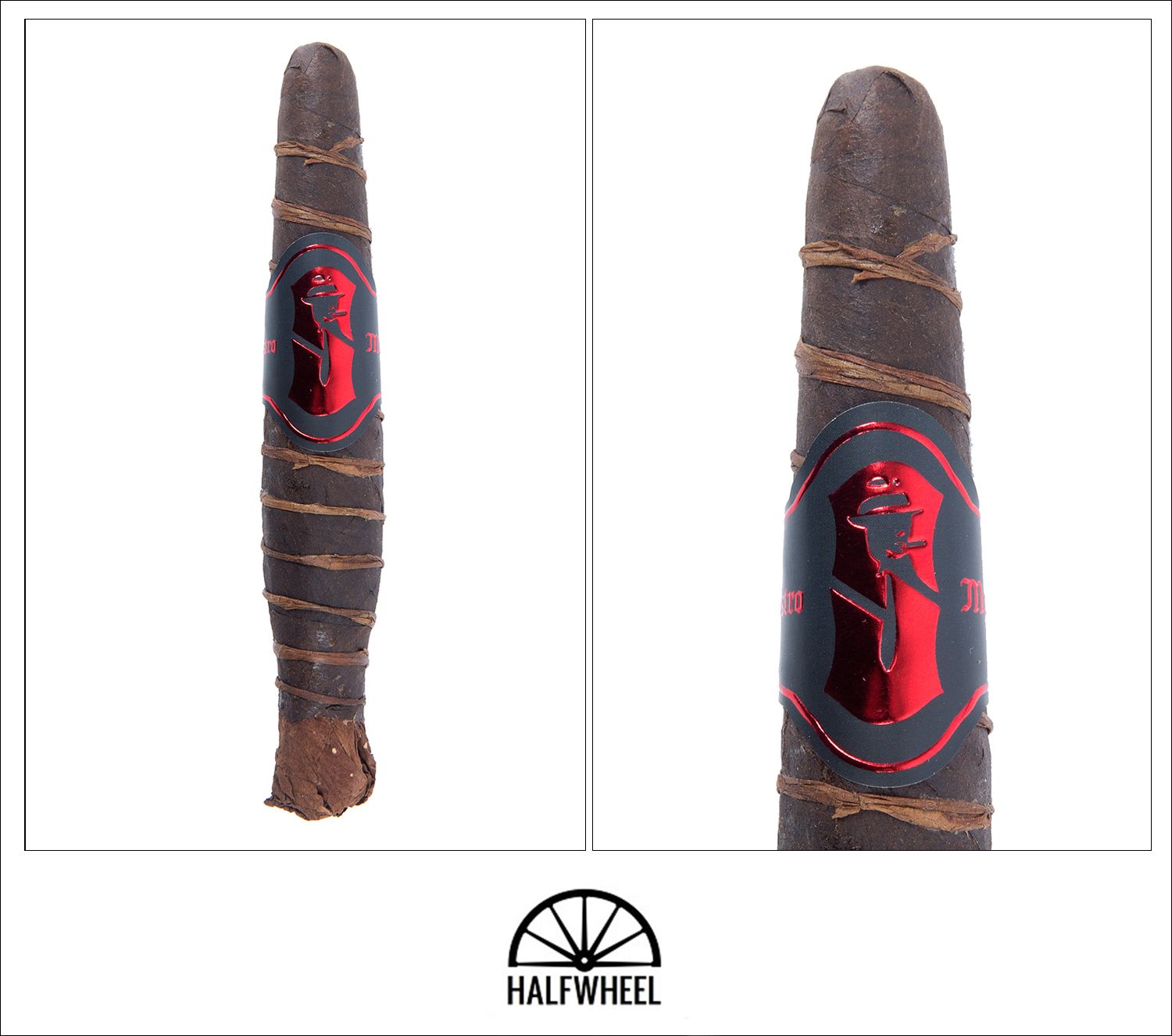 This is probably one of the most visually interesting cigars I’ve ever reviewed, with a unique look and shape. Despite most of my attention being grabbed by the cigar itself, the shiny red on matte black band is still striking enough to make an impression as well. One small thing that is visually detracting is the amount of wrapper glue spots all over the cigar where it was used to attached the twist of tobacco – not a big deal, just something that’s very noticeable. While the tobacco rope wrapped around the edge definitely makes it difficult to run your fingers along the wrapper, it does have that slightly rough, oily texture that I’ve come to expect from a San Andrés wrapper. A rich cinnamon, hay and general damp plant aroma comes off the wrapper, while the cold draw has a burst of black pepper on the lips and tongue, with some dry cocoa, bread and hints of spicy peppers.

Starting out with the shaggy foot, I get lots of pepper and some generic tobacco notes to start out with. Once I get to the wrapper things really get going, with a nuttiness that’s part salty peanut and part hazelnut, some lighter pepper, a touch of spice and a bit of a mineral note in the background. Because of the shaggy foot, the cigar didn’t get the most even of starts, so a touch-up is already needed to keep things even. Not counting the loose tobacco on the end, there is a bit of flakiness to the ash—part of which is the twisted tobacco on the outside, though that doesn’t seem to be the only part. It does hold on well however, not looking like it wants to fall off even as it approaches the inch mark. The pepper hasn’t faded away like it appeared it was going to, staying up front near the nuttiness and spice, followed up by an earthy mineral note, a touch of dark roast coffee grounds and some cocoa. 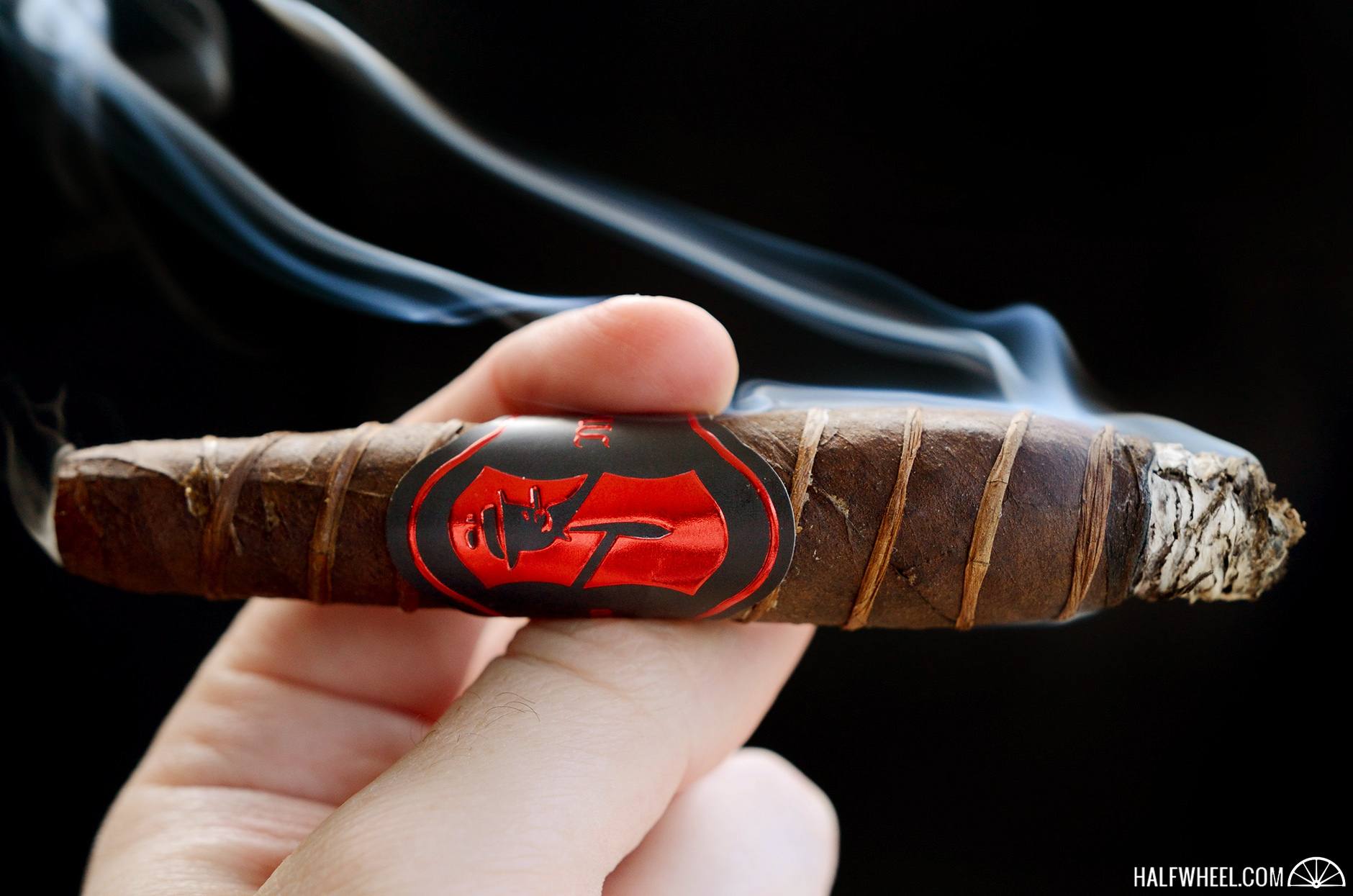 Moving into the second third the Sinistro Mr. Red Scala continues much the same, with pepper, nuts and spice up front, with the earth, coffee and cocoa in the background. The burn has mostly kept even since the initial touch up in the first third, while the ash has become slightly more dense while still holding on to around an inch. The mostly dry, earthy profile continues with pepper that doesn’t quit up front, with the nuts and spice having faded slightly, joining the earth, coffee and cocoa. 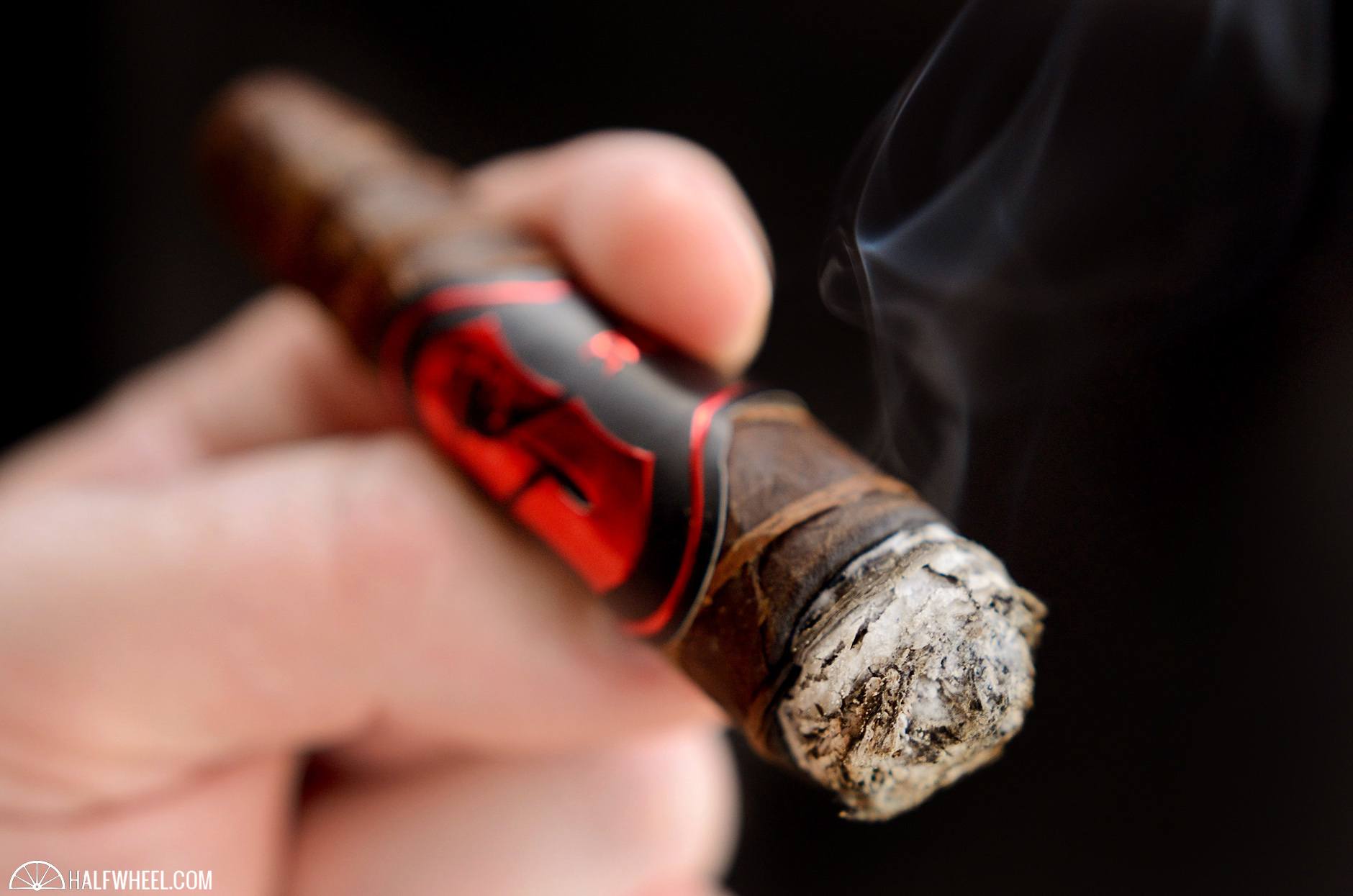 The final third sees a bit of harshness join the profile in the form of slightly stronger pepper and a bit of bitter cocoa notes. The spice, nuts, earth and coffee don’t have much to counteract it, and the whole profile is starting to getting a little unpleasant. The burn continues to be mostly even, though one of the twists of tobacco on the outside does seem to have somehow hampered the burn and needs a little help. Reaching the last inch, the profile is still quite dry and slightly harsh with the background notes mostly having faded leaving the pepper, bitter cocoa and some earth as the parting flavors. 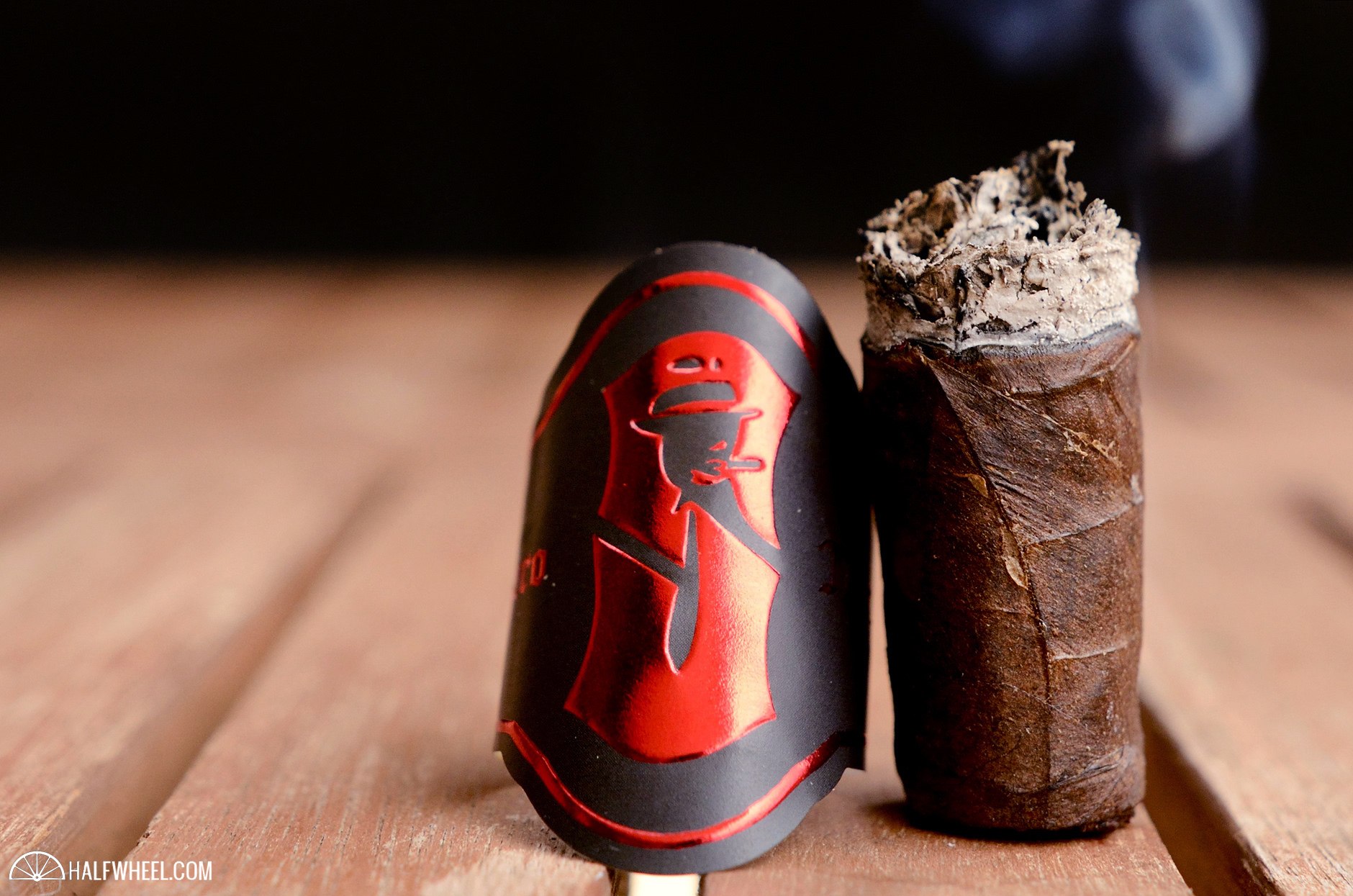 This unique looking cigar caught my attention as soon as I saw it in the package that arrived from the halfwheel office. My fascination with the Mr. Red Scala didn’t stop from the moment I smoked it to the time I finished the third sample. I’m not sure if the intention was just to make something unique and fun looking, or if it was specifically to catch people’s eye on the shelf of a shop, but they certainly achieved something that does both. As far as the profile goes, there were certainly some good flavors in the Mr. Red blend, but I did find myself wishing that the cocoa was a slightly sweeter milk chocolate, or I was tasting a mocha note instead of coffee grounds. It was good, but the lack of sweetness left the profile slightly unbalanced. I’ll certainly be interested in trying the other two blends Sinistro has to offer, but in the meantime if you run across some of the limited Mr. Red Scala size, I wouldn’t hesitate to pick one or two up to try for yourself.