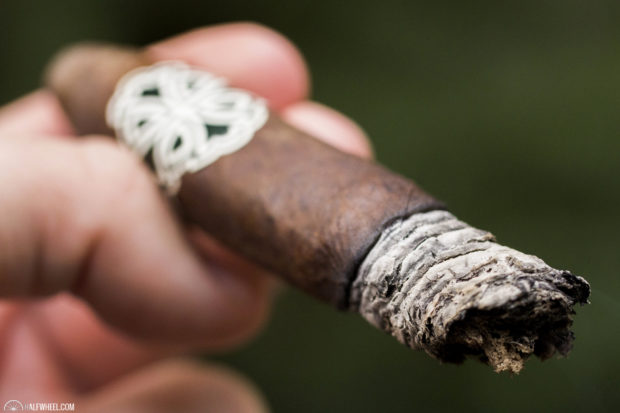 If there has been a phrase that feels a bit overused when it comes to cigars, it’s long-awaited. In the case of Sin Compromiso from Steve Saka’s Dunbarton Tobacco & Trust, it’s a phrase that gets uttered after nearly three and half years of waiting.

Word of the cigar first emerged in June 2015 when Saka launched Dunbarton Tobacco & Trust, his post-Drew Estate venture. A search of trademark filings revealed the name, along with Sobremesa, Todos Las Días and Lote Limitada. It would show up on a price sheet the following month at the 2015 IPCPR Convention & Trade Show, with 10 vitolas available for a line that Saka said “was not close to being ready,” and for which he had just started to purchase tobacco. What we did know, by Saka’s own words, was that the cigar was to be “a  Nicaraguan Puro of only the absolute best of everything that is being crafted at JDN – absurdly priced, your wallet would be wise to ignore. 13 amazing cigars for ridiculous money…” 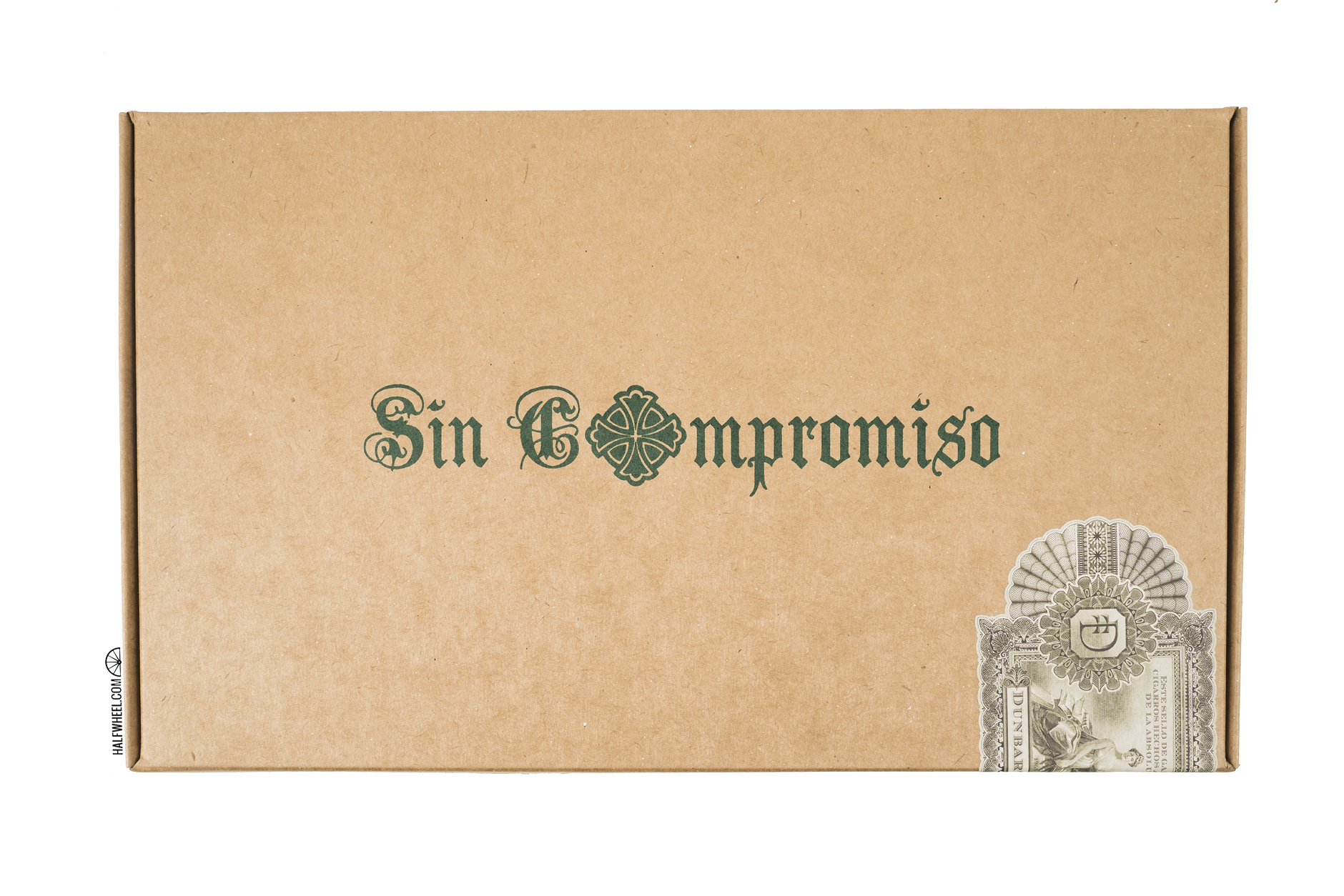 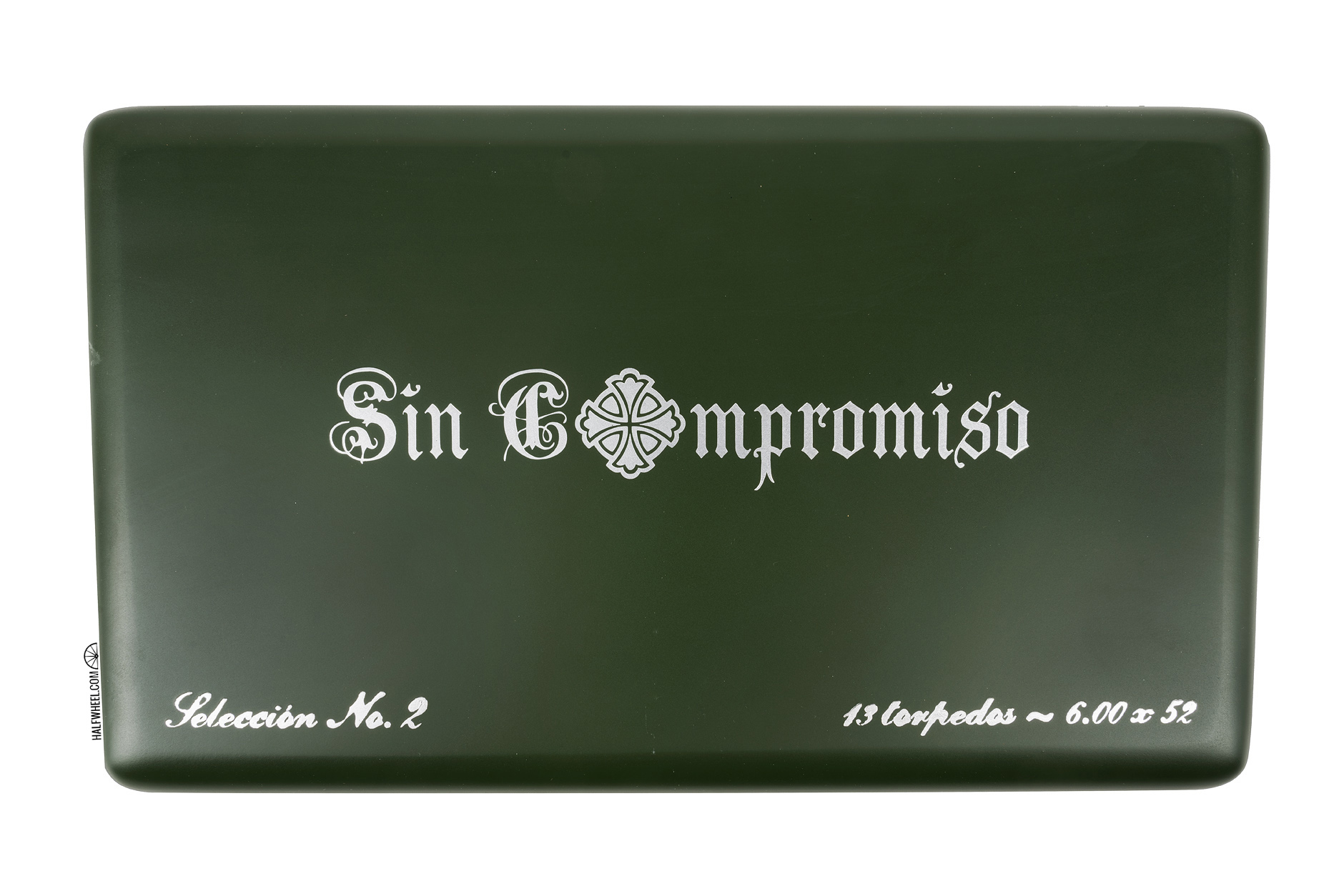 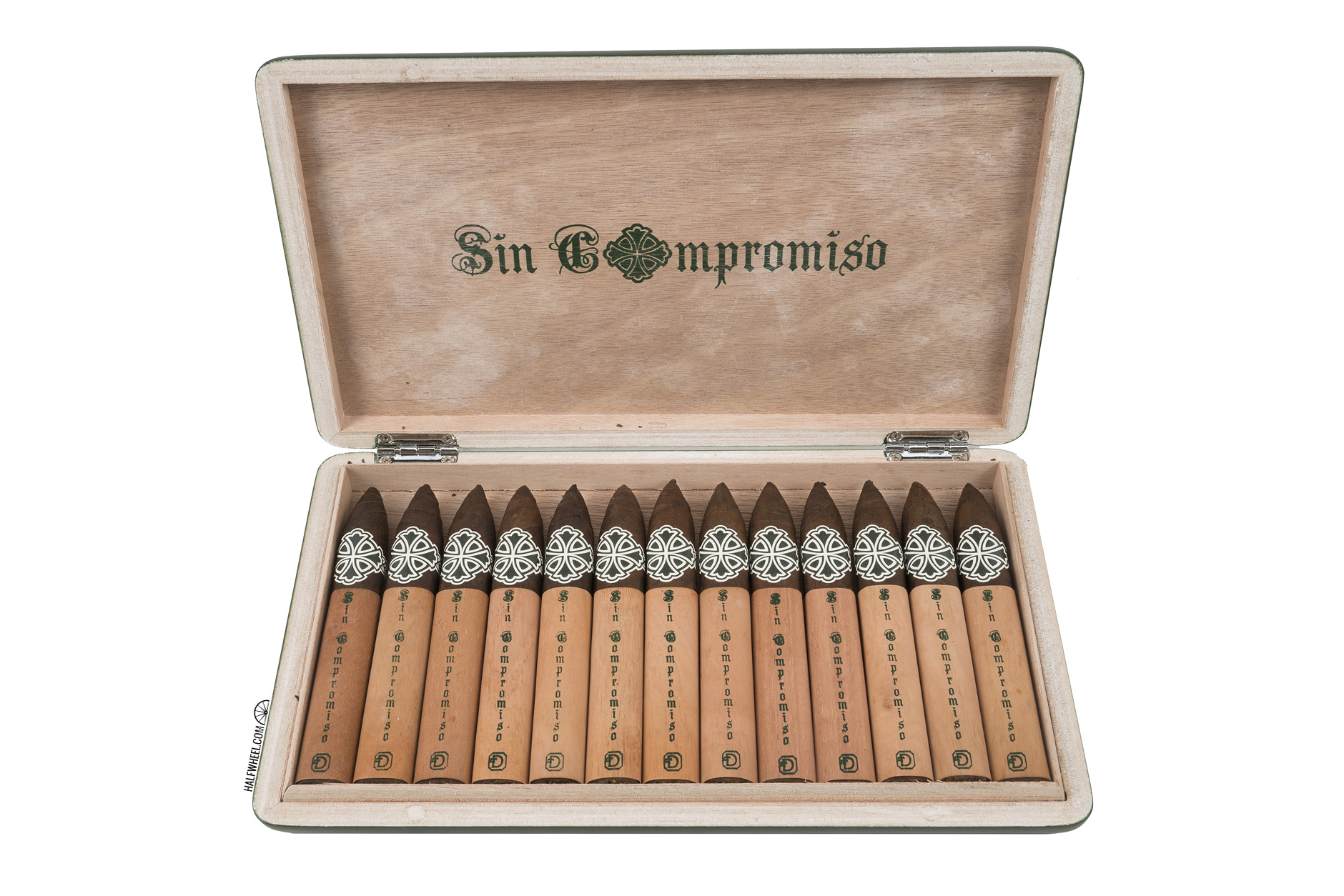 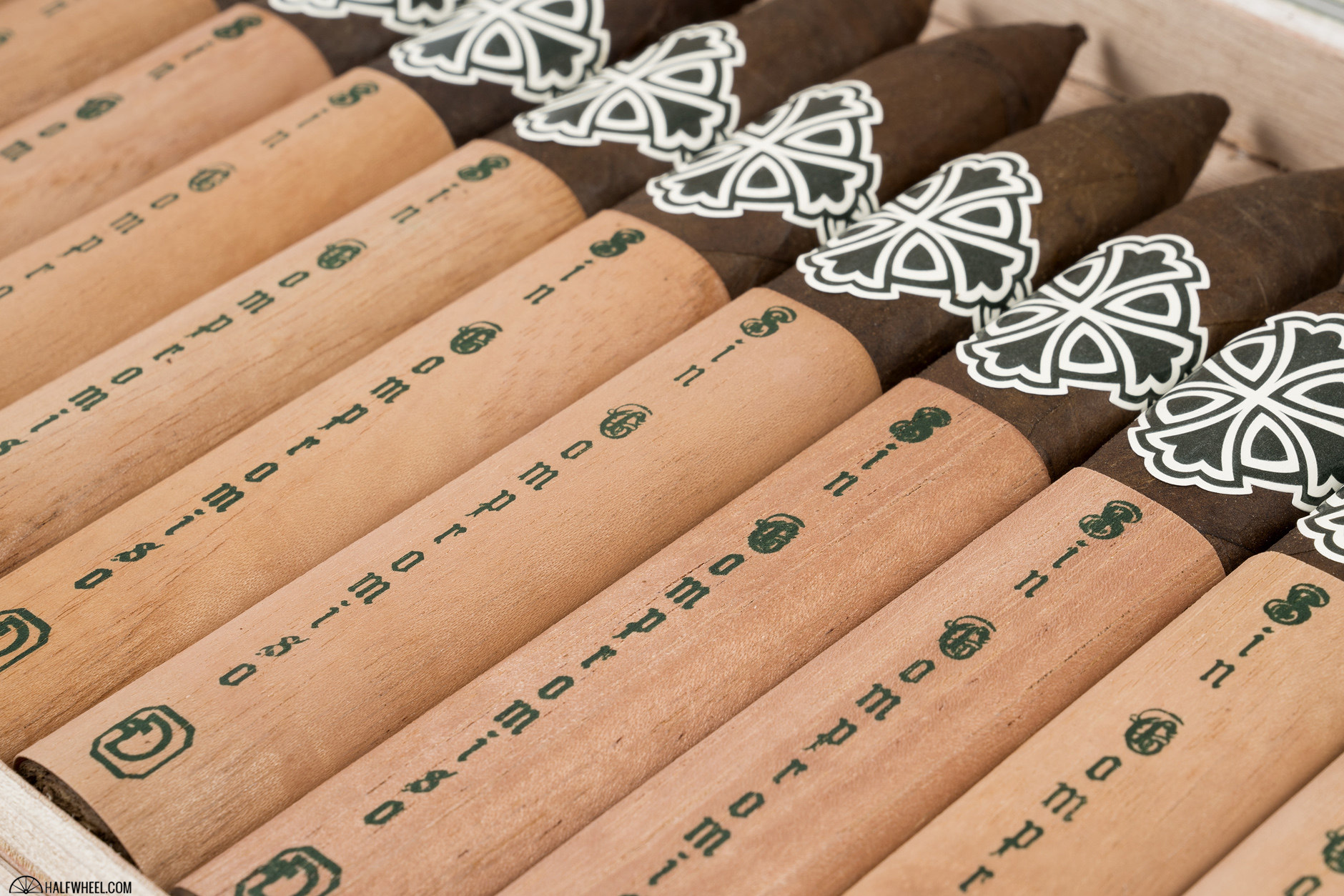 The cigar world would get a look at the box via social media in July 2016 ahead of that year’s trade show, though the cigars were not on display there.

Jump ahead to the summer of 2018, and it appeared that the Sin Compromiso was finally ready to be released. Saka announced in June that the cigar would be ready for the IPCPR Convention & Trade Show the following month, and they were, though with a different blend than the Nicaraguan puro promised three years earlier. Instead, it uses a Mexican San Andrés Negro “Cultivo Tonto” wrapper, an Ecuadorian habano binder and a Nicaraguan filler.

In September, the line began shipping in five soft-pressed sizes, with pricing ranging from $15.95-18.45 per cigar. 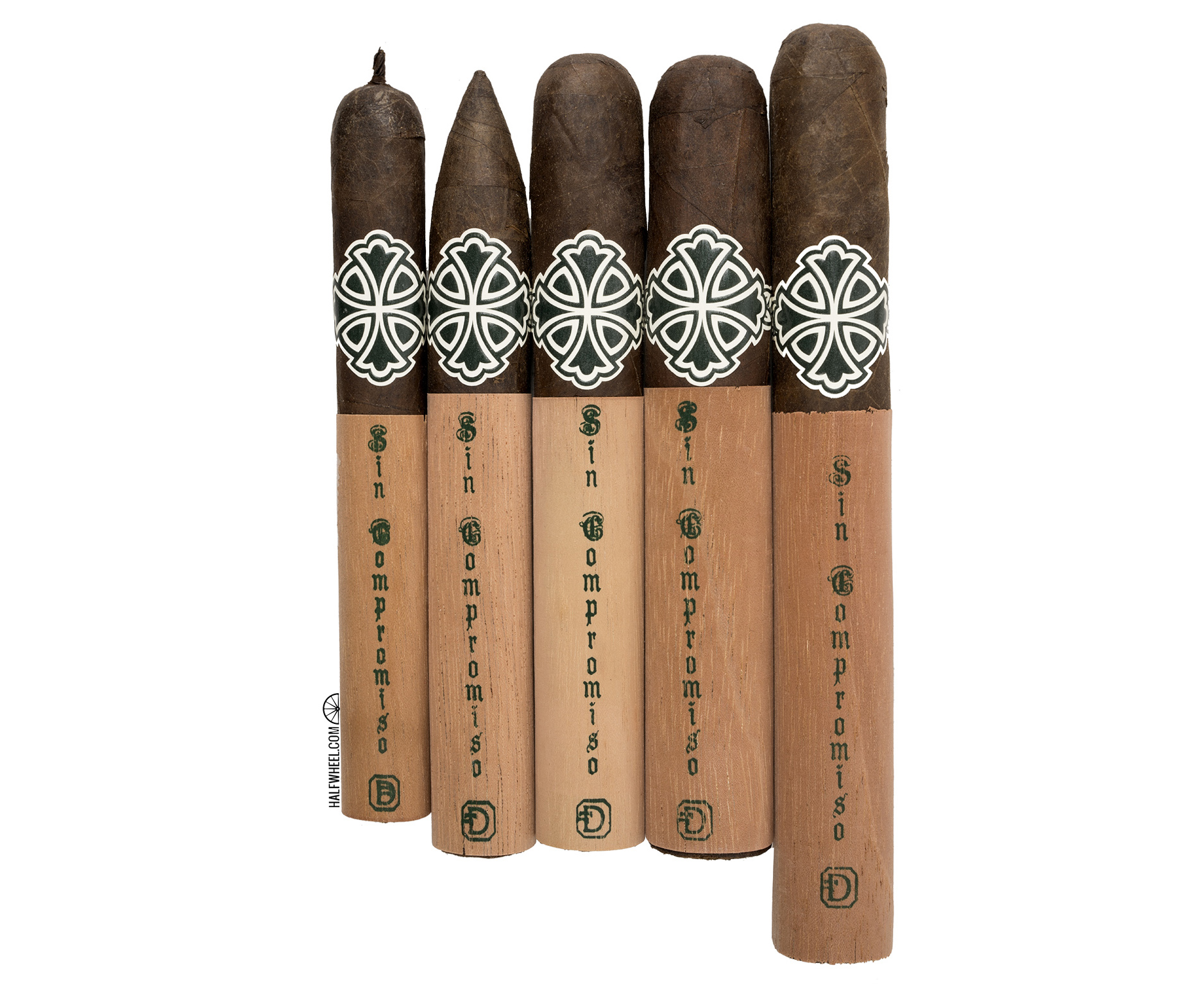 Each cigar is packaged in a Spanish cedar sleeve and while the line is considered regular production, it is limited in supply due to the tobaccos used. 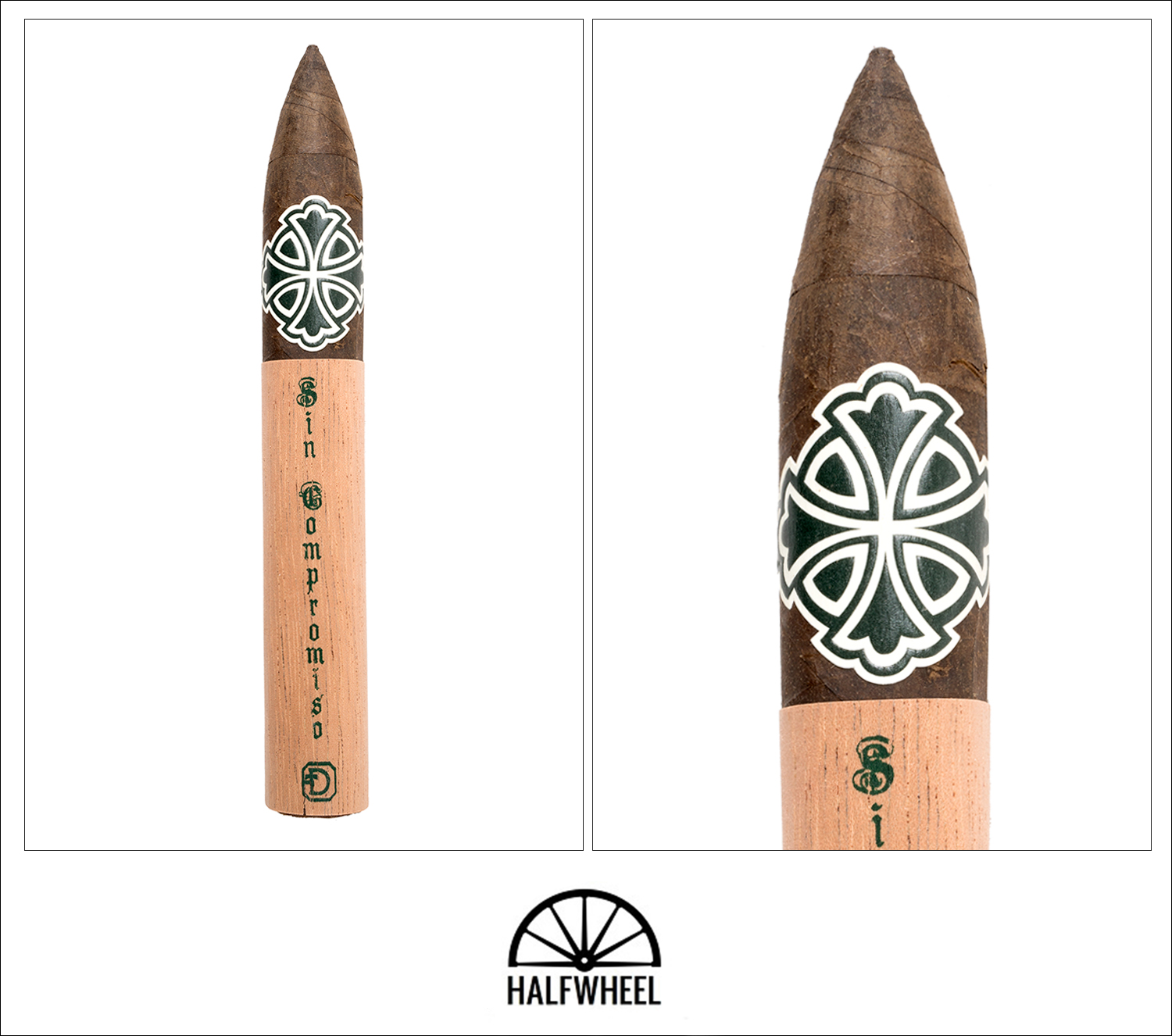 The cedar sleeve that wraps the Sin Compromiso Selección No. 2 prevents the majority of the wrapper from being seen, and when I go to slide it off, I’m met with enough resistance on two of the cigars that I’m left to peel off the tape instead and remove it that way. With the cedar removed, I’m greeted by a rich, dark chocolate brown wrapper that is only marred by the occasional stray glue mark. Seams and veins are both flat, the box press is seemingly perfect, and other than the primary band being a bit closer to the head than I would prefer, there’s nothing with which I can find much fault. The cigar is firm with just the slightest bit of give, a familiar sensation for those who are aware of such a sensation that this particular treatment delivers. Aroma off of the foot gives me a very mild earthiness, almost like what I’d expect to find in a planter that hasn’t been watered or fertilized in a while. There’s a bit of cherry pie and liquid chocolate sweetness in the subsequent sniffs, and while occasionally mild and slightly thin, is by far the preferred sensation. The cold draw is a tick firm but ideal for what I tend to like in my cigars, while the flavors show a spin on the earthiness, giving it a chocolate top note with a bit of custard in the background.

It’s not long into the Sin Compromiso Selección No. 2 that the pepper kicks in by way of a retrohale, delivering a blunt punch of pepper into my olfactory nerves. But this doesn’t seem to be just a strength machine; once the pepper dies down it delivers some very subtle sweetness in the aroma that still seems rooted in the chocolate note but now manifests almost as Cadbury Mini Eggs, in particular, the coating of the candies. There’s still a good amount of earth and pepper to be found, but they are balanced well by the sweetness, creating a fairly lush and enjoyable profile that seems to counter every hit of strength with a bed of sweetness. The burn line gets slightly tilted in the first sample, which is the cigar that was photographed, unable to correct itself without a quick touch-up from the lighter. It was a fairly isolated incident with other samples burning well with smooth draws and plenty of smoke. 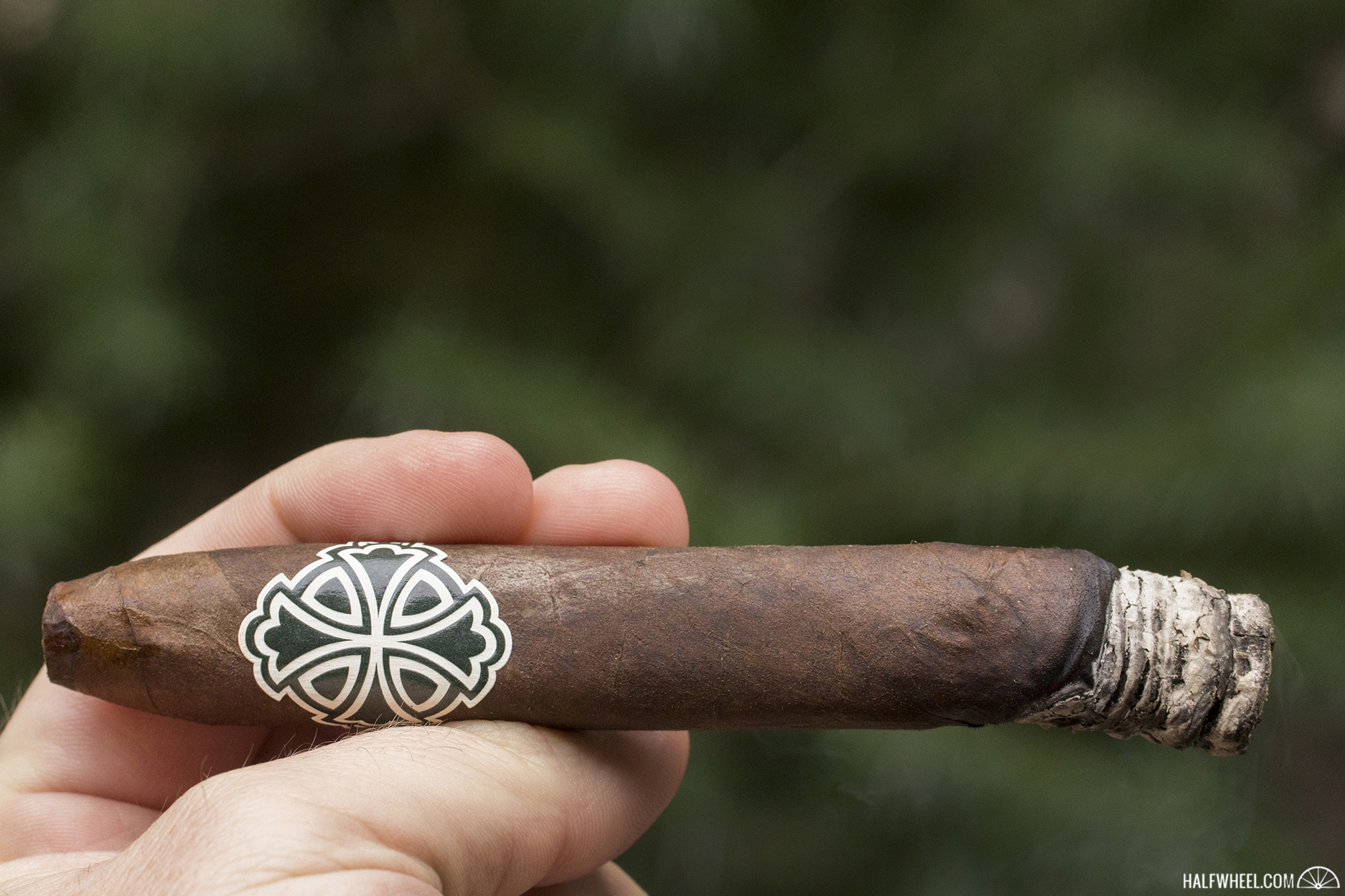 Entering the second third, the Sin Compromiso picks up a more chocolate-forward profile, reminding me a bit of malted milk balls for a few puffs before shedding the flavor that the core of those candies deliver in favor of a richer chocolate brownie note. From there, the profile seems to dabble in woods and a return to pepper, pushing a good bit of the sweetness out of the way to achieve this new profile, though with some thick creaminess, reminiscent of condensed milk at times, that carries the cigar through the transition. I also get these suggestions that the cigar is going to take on a coffee profile but it never seems to, giving me a bit of a freshly brewed cup through the nose before darting away from it. As an avid coffee enthusiast, I find it both enjoyable yet frustrating to be teased in such a manner. There’s still plenty of smoke to be found with each draw, which continues to offer just the right amount of resistance. Flavor is a hearty medium-plus to medium-full, accented to full through retrohales and the occasional puff that happens to be more pepper-laden than others. 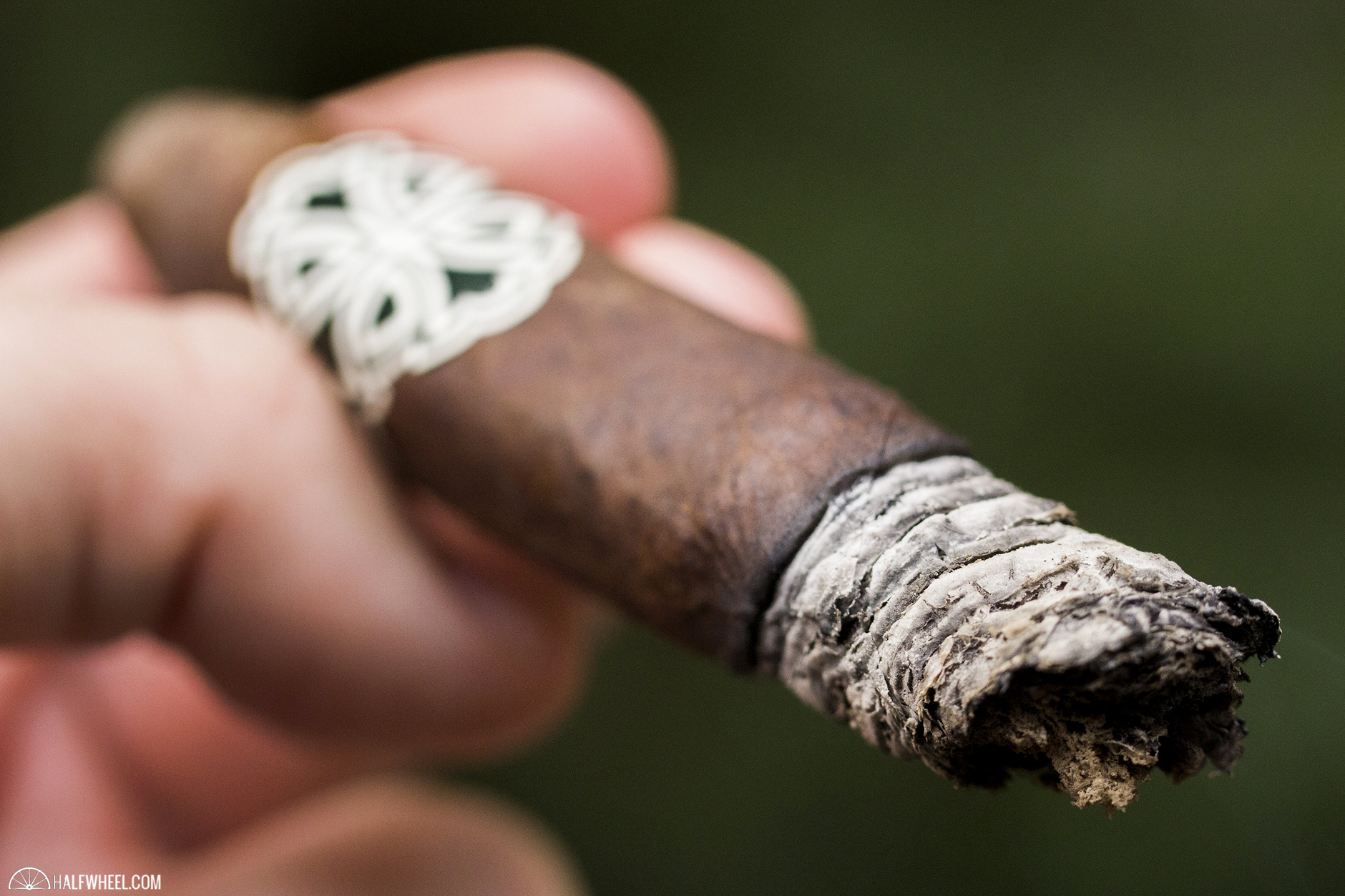 The Sin Compromiso Selección No. 2 pivots its flavor profile as it heads into the final third, taking on the notes of plain black coffee for a few puffs before moving towards a rocky earth that finishes with a bit of dry candy bar chocolate. I don’t know if it’s the holiday season and my winter cravings kicking in, but my attention seems continually drawn to the chocolate notes that the cigar has been offering, as it provides a substantial balance to the other flavors, and gives the cigar the kind of complexity I search out and find so enjoyable. In the final puffs, I find just a bit of marshmallow sweetness coming through in the profile, a very subtle but welcomed addition to the profile that adds both balance and complexity. While the profile has been flirting with some coffee notes at times, the final puffs taste like a mocha made with heavily roasted beans, an enjoyable profile that largely masks any underlying robustness from the earthy core notes. 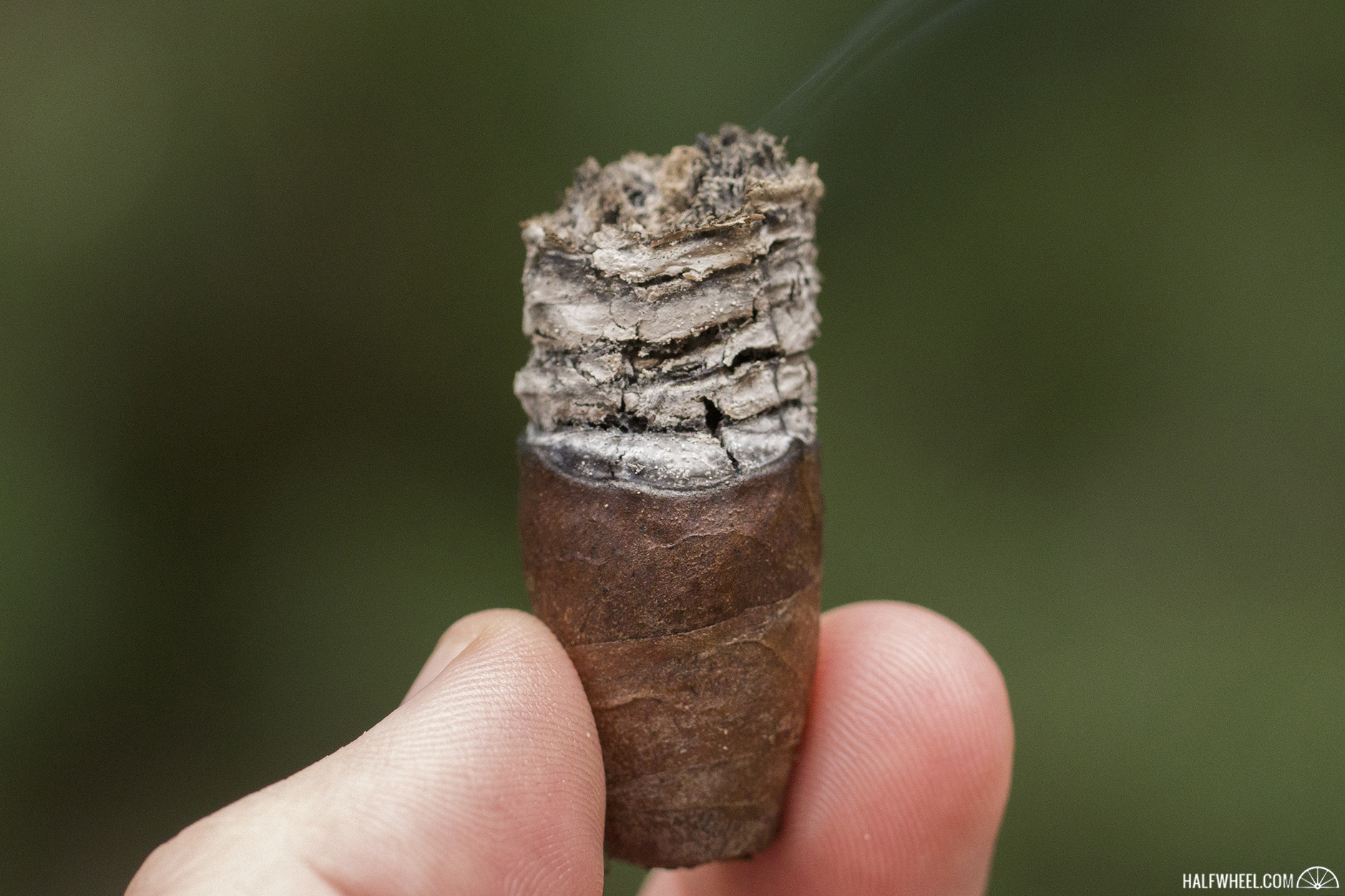 To paraphrase him a bit, Steve Saka has long proclaimed that he would rather people either love or hate his cigars rather than just simply like them or find them to be okay. In the case of the Sin Compromiso Seleccion No. 2, I find myself leaning more towards love than any other hate, and certainly think it’s more than just an okay cigar. There’s a certain richness that I think might be missed or at least under appreciated if not smoked with both intent and attention, or at least at the right time of day. I’m hesitant to call it a dessert cigar, but the chocolate and richness that it conveys has me thinking of the term, something to be enjoyed on such occasion when dense, rich and hearty flavors are sought.