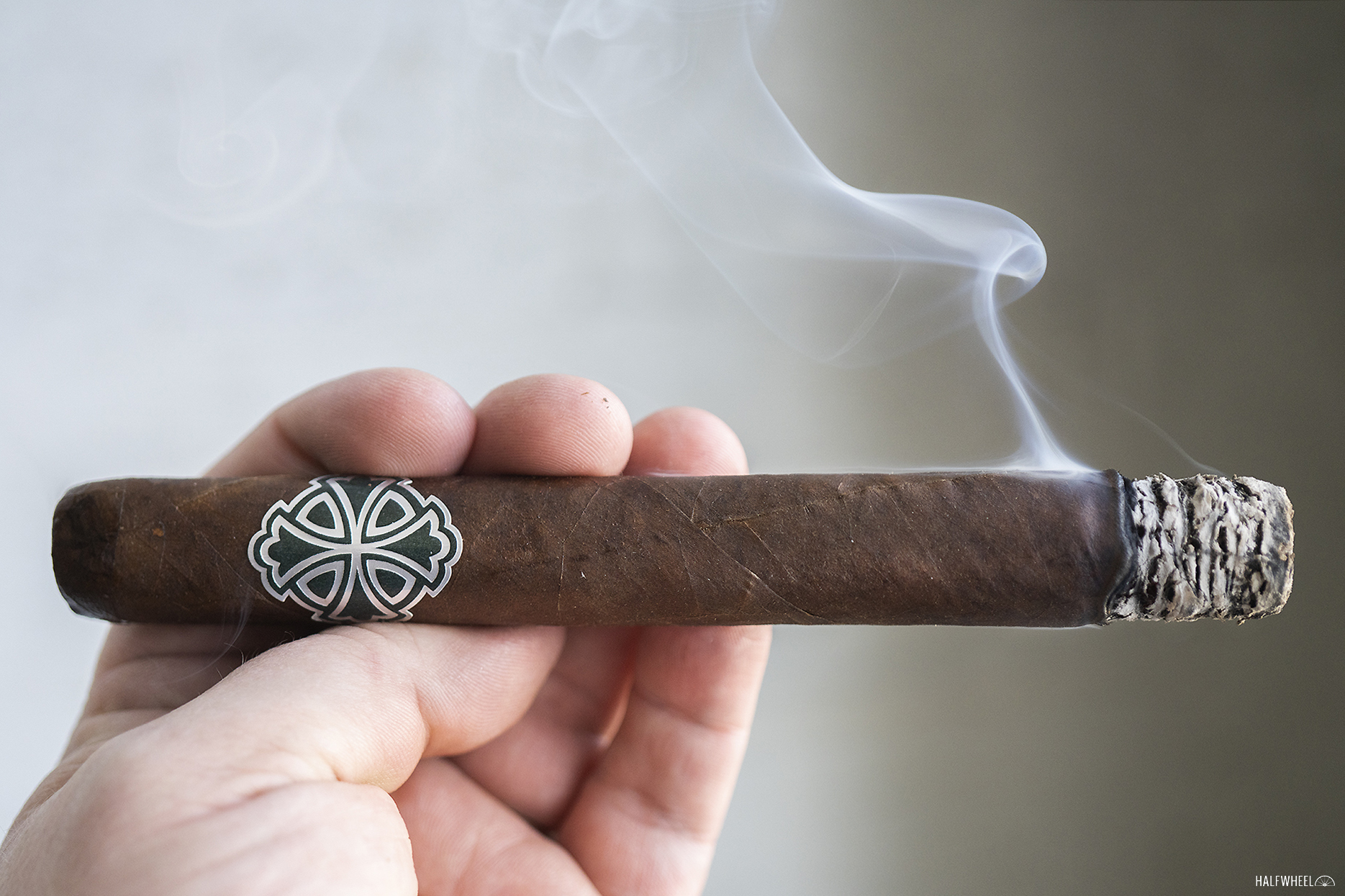 In June 2018, Dunbarton Tobacco & Trust released a new line named Sin Compromiso, which translates to without compromise from Spanish. While the line had been teased for the first time seven years ago during the 2015 IPCPR Convention & Trade Show, at the time brand owner Steve Saka stated that the cigars were not close to being ready, indicating he has just started buying tobaccos for it.

Sin Compromiso debuted in mid-2019 with five different soft-pressed violas, but six months later, Dunbarton Tobacco & Trust shipped Florida retailer Corona Cigar Co. a 6 x 60 exclusive version of the line named Selección No. 6. That was followed by another 6 x 60 incarnation in September 2019 named El Amsterdammer which was made exclusively for Cigaragua, a retailer located in Amsterdam.

Last July, Dunbarton announced the newest release in the Sin Compromiso: Paladin de Saka, a 7 x 50 box-pressed Churchill that uses the same basic varietals as Sin Compromiso. However, for this incarnation, Saka has indicated that the blend is made from the best leaves that were separated from the tobaccos the company selects for the rest of the Sin Compromiso line. Like the regular Sin Compromise, it uses a Mexican San Andrés negro “cultivo tonto” wrapper covering an Ecuadorian hybrid habano binder and filler tobaccos sourced from Nicaragua.

However, there are three other main differences between the newest release and the rest of the Sin Compromiso vitolas: first, the Paladin de Saka features the addition of Pennsylvania ligero in the filler, which—according to Saka—makes the blend “a touch more robust” compared to the other releases in the line. Second, the new cigar also features a regular box press instead of the softer press found on other Sin Compromiso vitolas. Finally, it uses a slightly different color scheme for the band. 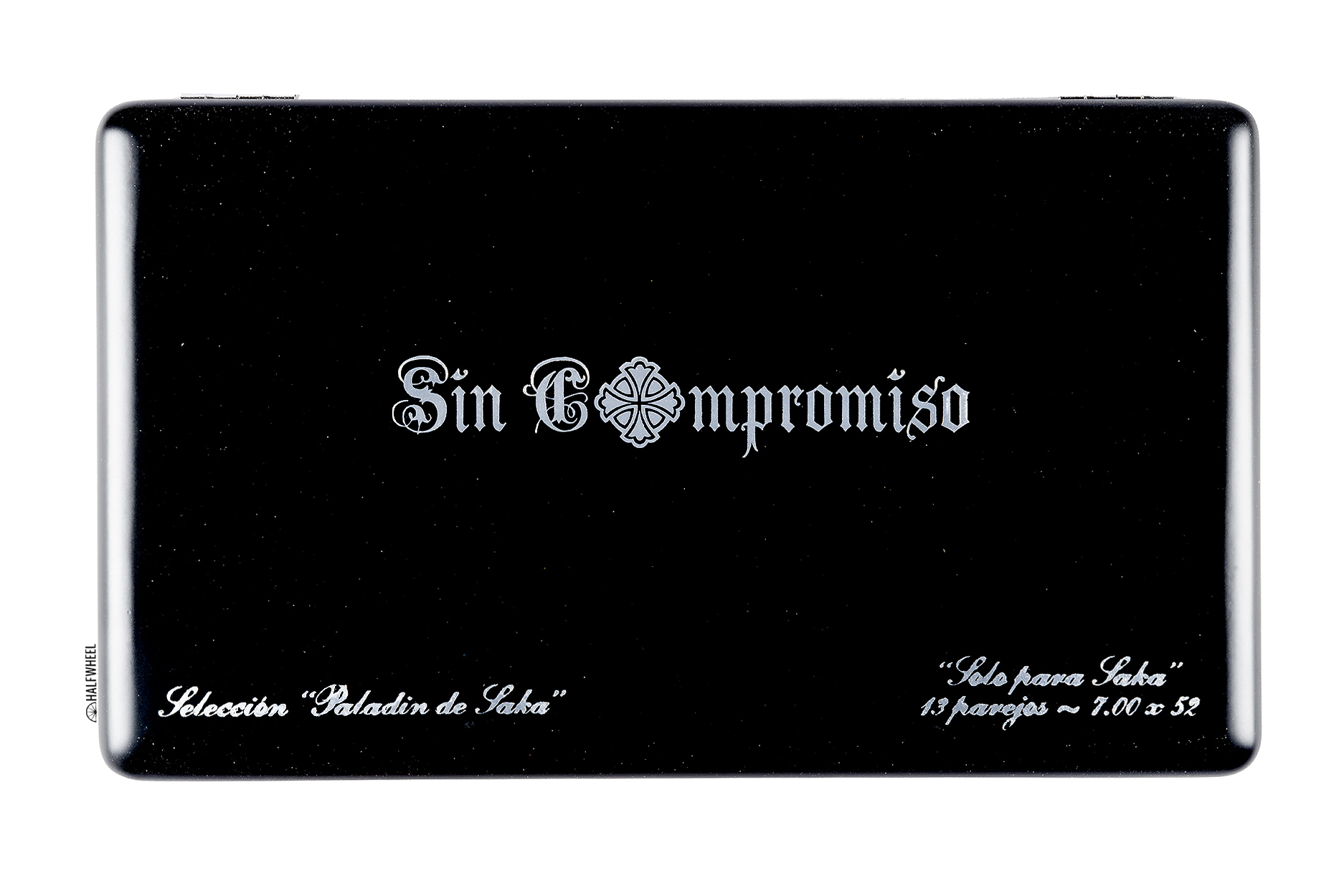 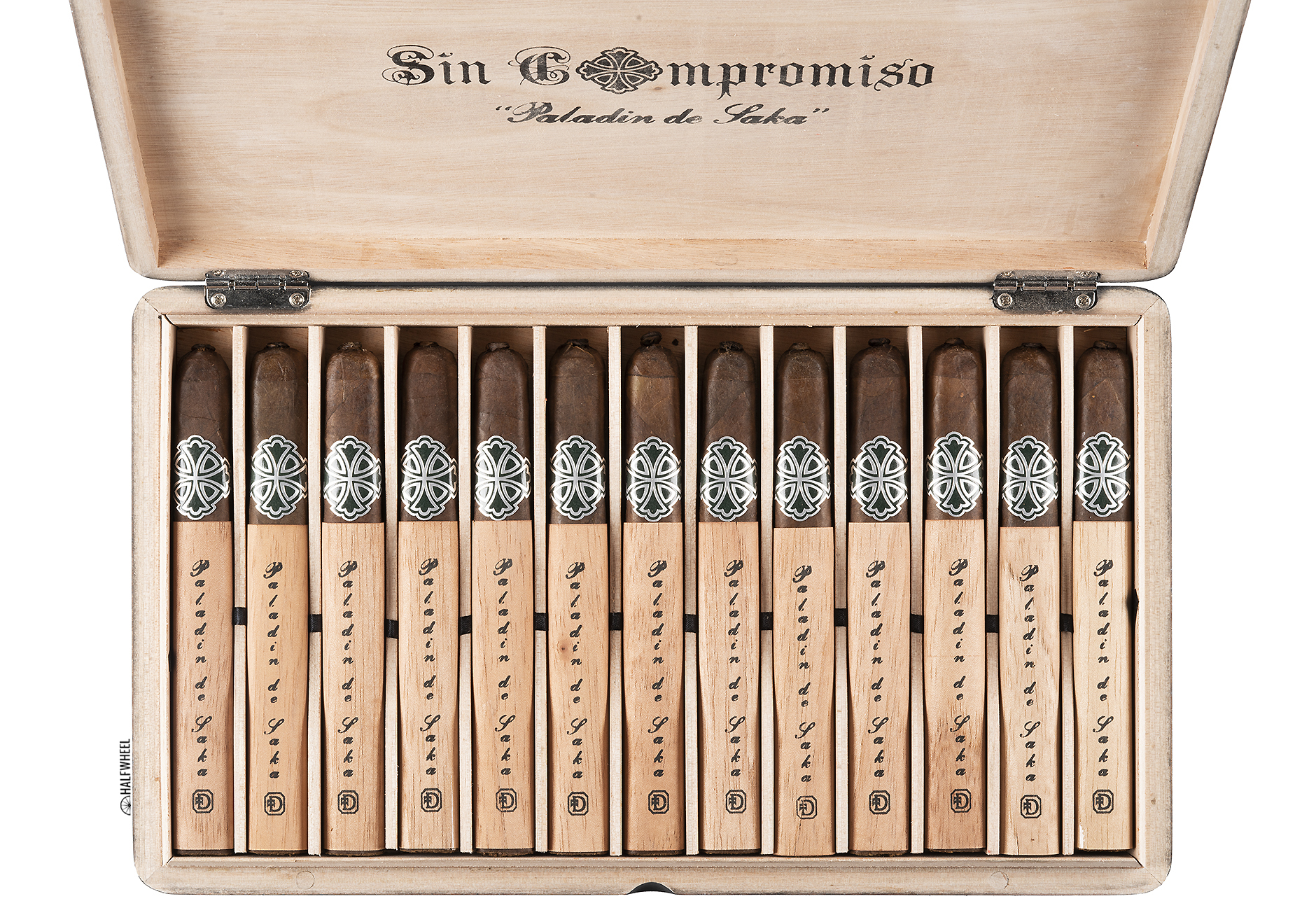 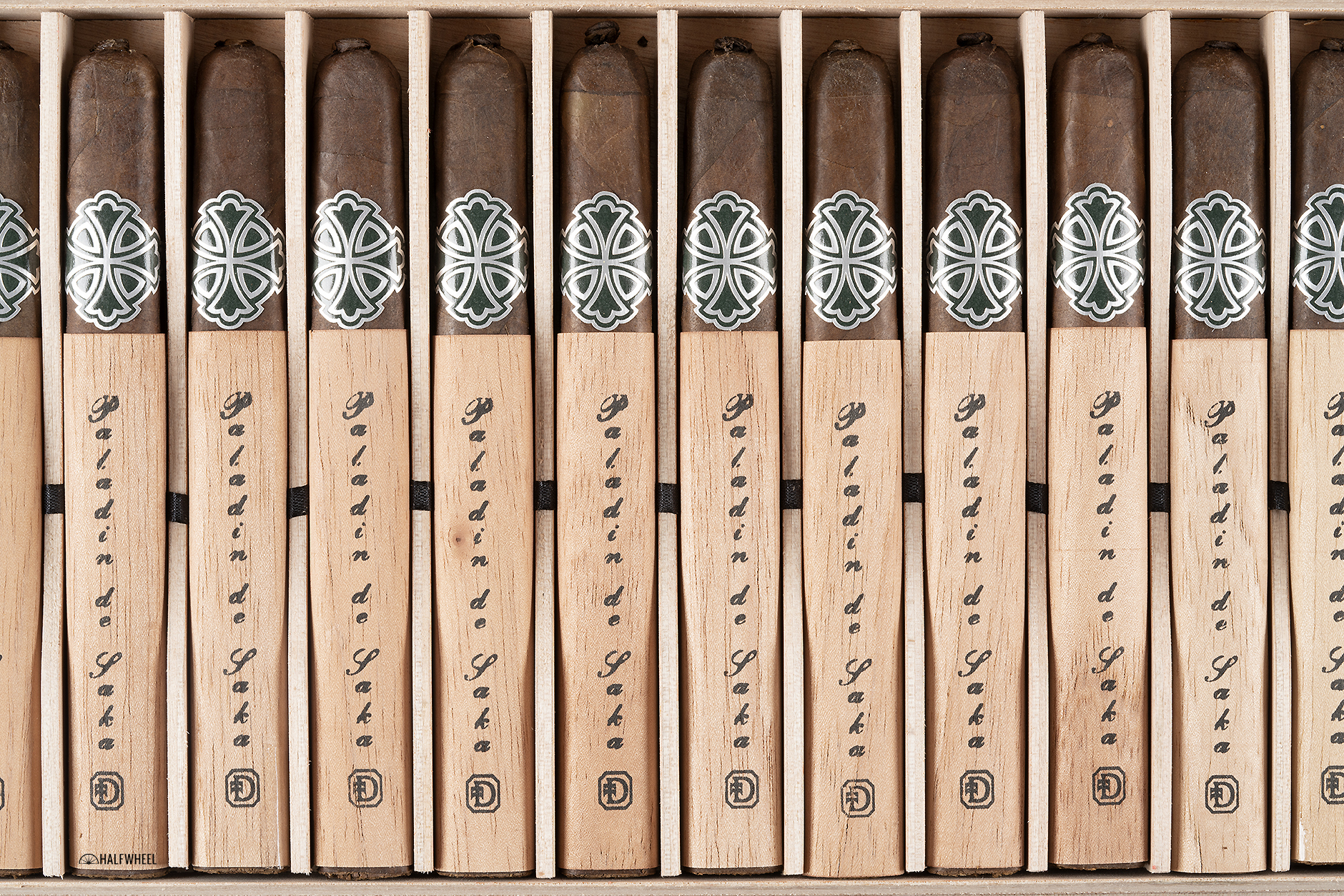 Like the rest of the Sin Compromiso line—other than the aforementioned El Amsterdammer, which is the brand’s only limited edition—Paladin de Saka is a regular production release packaged in boxes of 13, with each cigar carrying an MSRP of $29.75, meaning every box is priced at $386.75. The cigars are rolled at Fábrica de Tabacos Joya de Nicaragua S.A. and started shipping to retailers in late December.

There are currently eight different releases in the Sin Compromiso line. 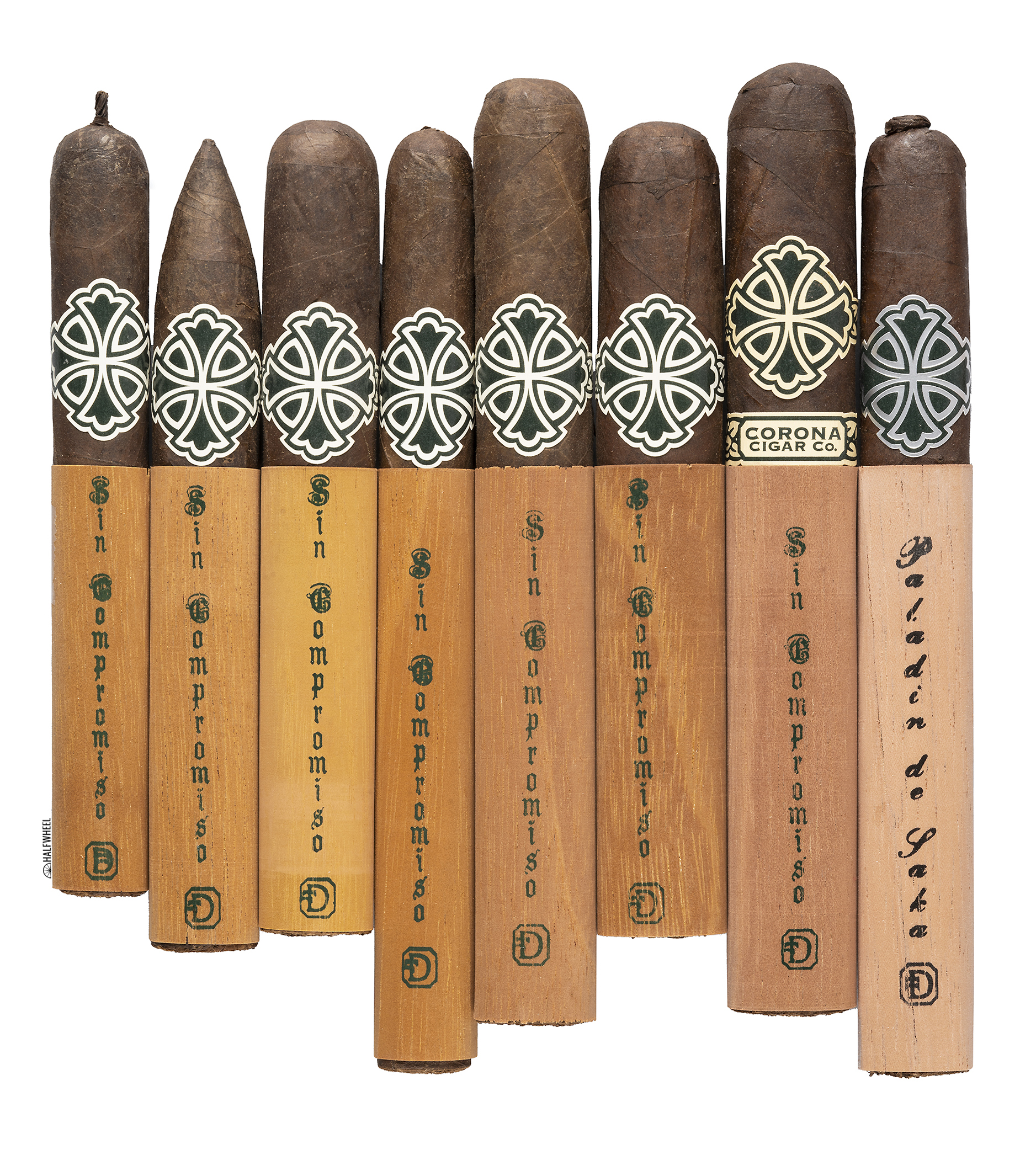 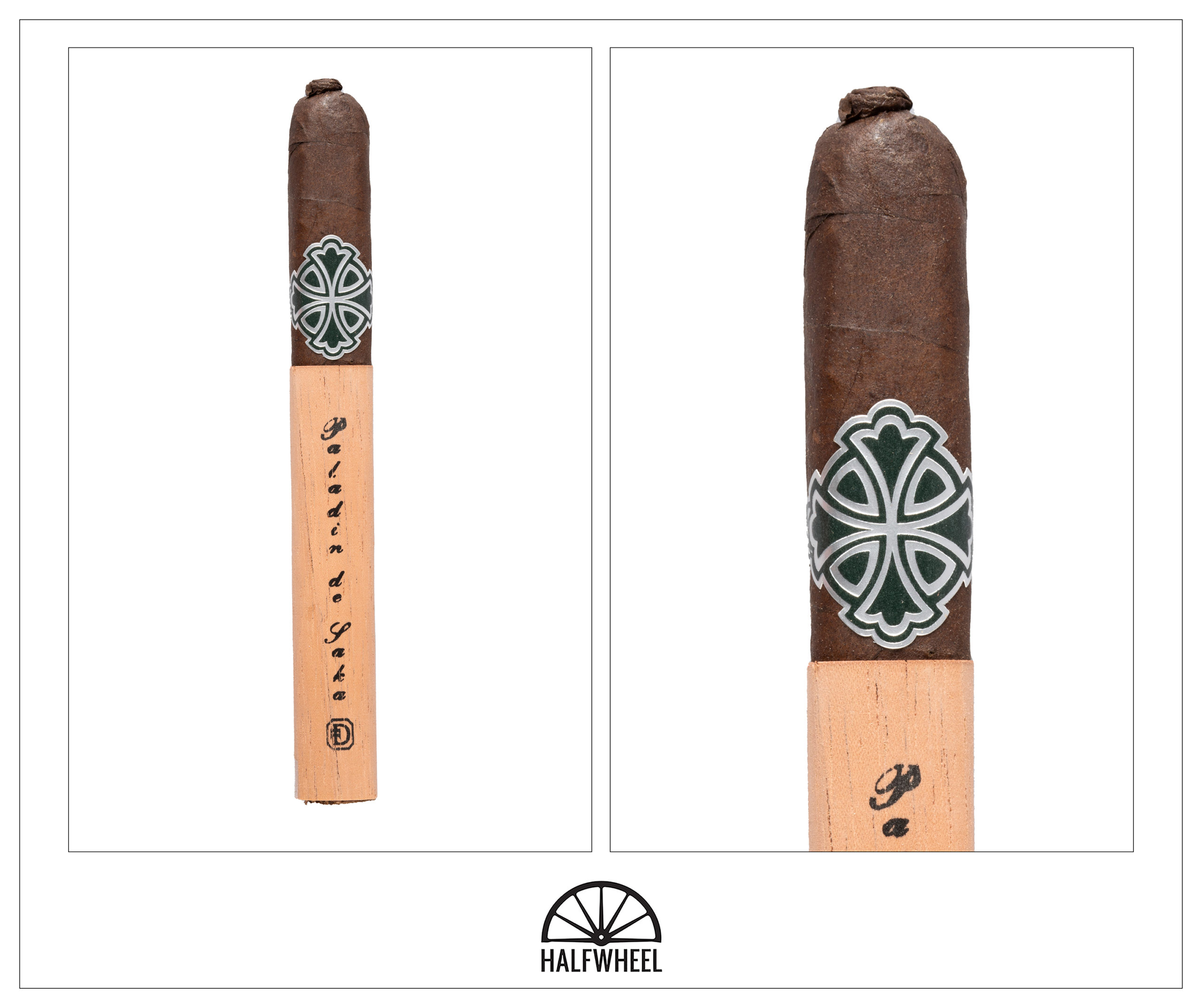 Physically, the Sin Compromiso Paladin de Saka is a large cigar, both before you pick it up and once you actually have it in your hand, where it fells like it weighs quite a bit more than it should. The combination of cedar wrap and main band take at least 80 percent of the total real estate of the stick, but once I remove the massive cedar wrap, I can easily see a gorgeous espresso bean-colored wrapper that is sandpaper rough to the touch and looks as though it was dipped in oil before being packaged. In addition, the cigar features a soft box-press and a small pigtail on the cap, and two samples have a small discolored spot: one just under the main band and one right above the edge of the foot. The aroma from the wrapper includes not only very strong earth and hay notes, but also leather, coca nibs, barnyard and a light campfire note. That campfire aroma is quite a bit more aggressive from the foot of the cigar, where it combines with additional notes of cloves, manure, gritty earth, mesquite, espresso beans, leather tack and generic sweetness. Finally, after a straight cut the cold draw is inundated with strong mesquite, roasted espresso beans, tea leaves, earth, cinnamon, cloves and slight berry sweetness.

Peat and cracked black pepper are the first things to greet my palate just after lighting the foot of the Paladin de Saka, but while the latter becomes part of the general profile, the former begins to fade before being replaced by a combination of mesquite and charred meat that have become the top flavors. Additional notes of gritty earth, aged leather, cinnamon, hay, cocoa nibs and brewed coffee flit in and out, while the retrohale includes both that aforementioned cracked black pepper and a distinct—albeit not overly strong—berry sweetness. Construction-wise, the draw and smoke production are top notch on all three samples, and while the burn is a bit wavy, none of the cigars need any sort of correction so far. Flavor and body both end the first third at a solid medium but rising, while the strength finishes just under the medium mark.

While the profile of the cigar mellows a bit beginning just after the start of the second third—including noticeably less cracked black pepper on the retrohale, although there is still a bit present, just not near as evident as it was in the first third—the flavors are still coming hard and heavy, with the same charred meat and mesquite combination leading the way. Secondary flavors include hay, creamy almonds, gritty earth, leather tack, bitter dark chocolate and cloves, along with a touch of a floral note that is there and gone almost before I can register it. As previously mentioned, there is now less cracked black pepper on the retrohale, which in turn allows the berry sweetness to have a larger impact on the profile. In terms of construction, two samples run into enough trouble to need corrections with my lighter, while both the draw and smoke production continue along their excellent path. Flavor has increased to medium-full, body has reached a point just over medium and the strength is at a solid medium by the end of the second third. 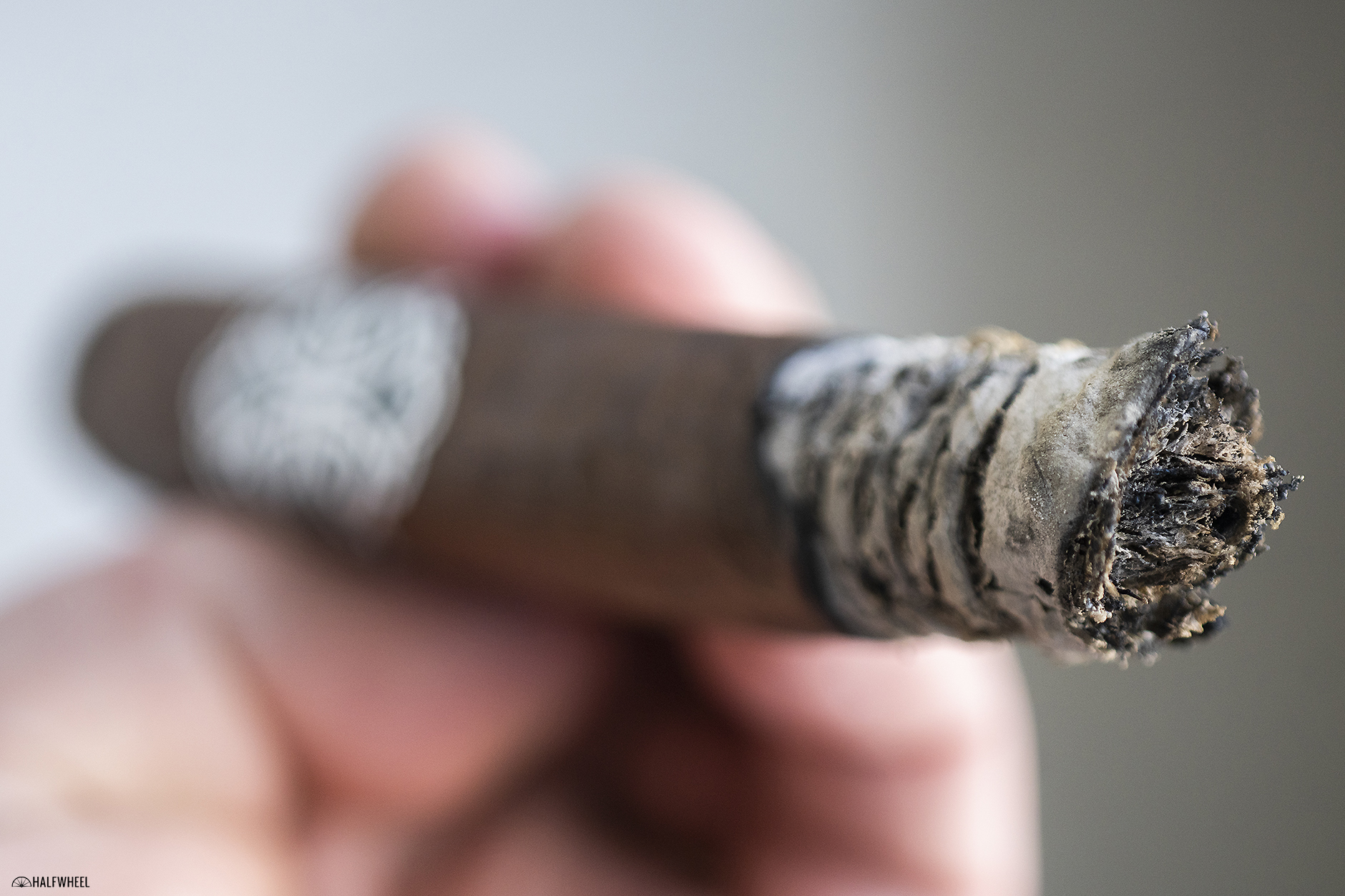 The final third of the Sin Compromiso is virtual carbon copy of the second third, a fact that disappoints me not at all. Mesquite and charred meat continue to lead the way in the profile, a wonderful combination that is only enhanced by the light cracked black pepper and slightly stronger berry sweetness that continue to dominate the retrohale. In addition, flavors of cloves, earth, leather, cinnamon, powdery cocoa nibs, roasted coffee beans and almonds make themselves known at various points, but sadly, there is no return of the floral note from the previous third. Thankfully, the burn has evened up nicely and gives me no more issues on any of the samples, while the draw and smoke production remain a high point of construction until the end of the cigar. Flavor ends just under the full mark, but the body barely moves from its point at medium-plus and the strength hits medium-plus just as I put the nub down with slightly less than an inch remaining. 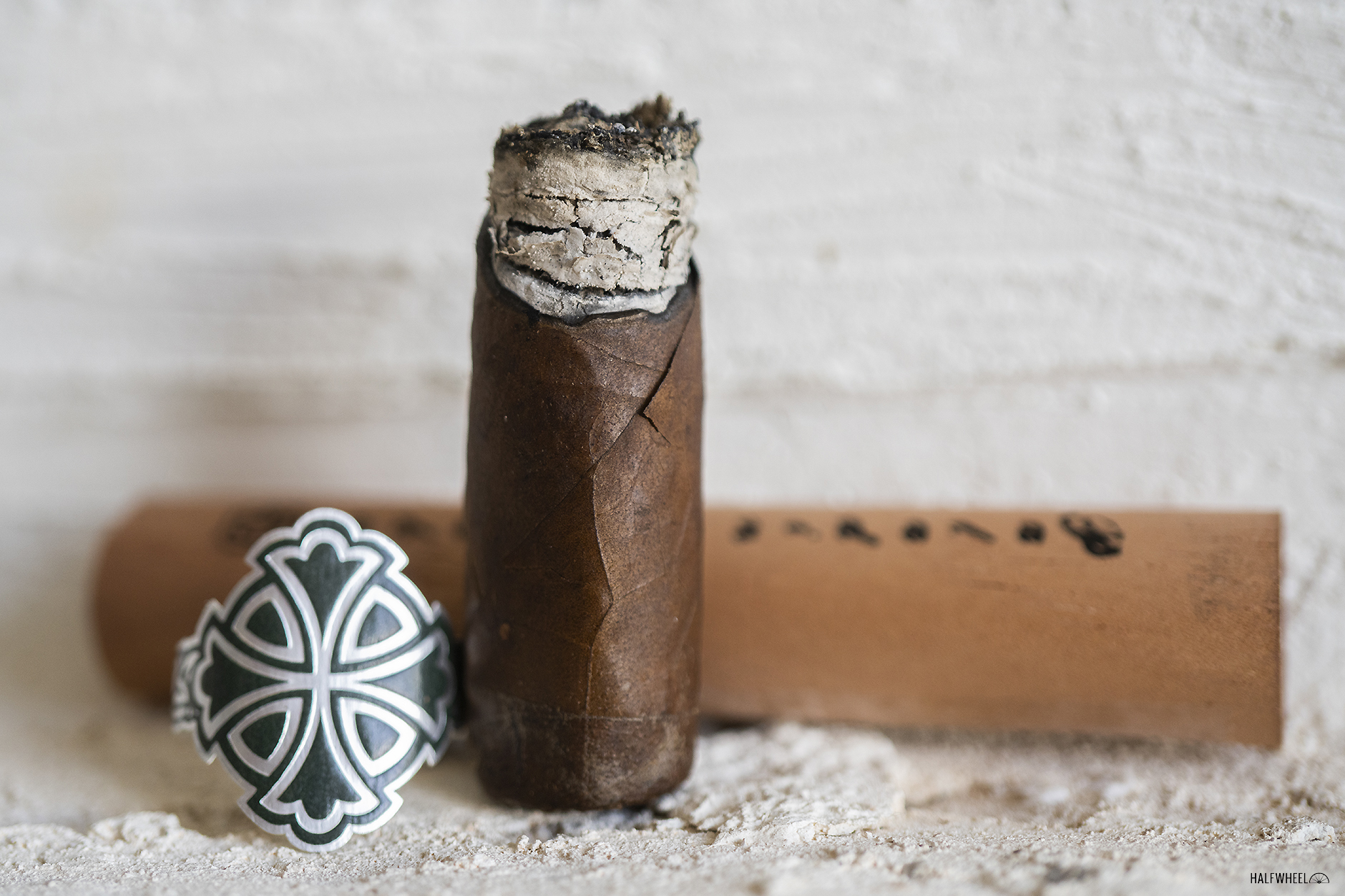 Bold but balanced, the Sin Compromiso Paladin de Saka is a flavor bomb from the first puff, never letting up until you put the nub down. The profile starts out peaty before shifting to mesquite and charred meat, while the berry sweetness on the retrohale combines with some black pepper to keep things interesting. In addition, while there is a noticeable campfire component in the profile, it is never overwhelming; in fact, it adds quite a bit of complexity to the blend that is missing in the other vitolas in the line, making it one of the best cigars I have smoked this year so far.