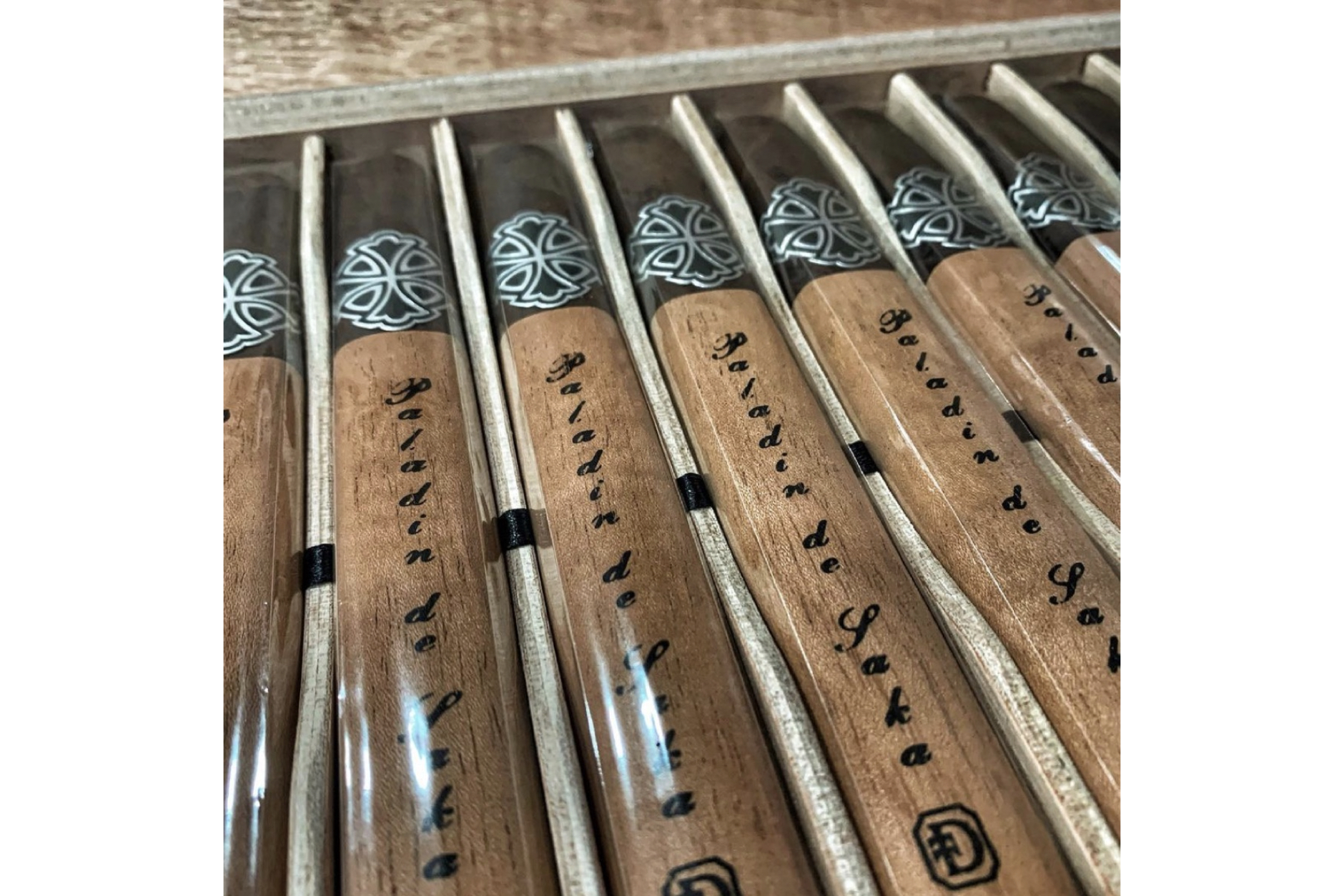 If you are wondering what an even more selective version of Dunbarton Tobacco & Trust’s Sin Compromiso line tastes like, you will have your chance to try it.

For the last two years, Steve Saka, Dunbarton Tobacco & Trust’s founder, has been smoking a version of Sin Compromiso that is made with the best leaves amongst the tobaccos that the company selects for Sin Compromiso, Dunbarton’s flagship brand. Now, that cigar will get released as Paladin de Saka.

Paladin de Saka is a 7 x 50 box-pressed Churchill that uses the same basic varietals as Sin Compromiso: a Mexican San Andrés negro “cultivo tonto” wrapper over an Ecuadorian hybrid habano binder and fillers from Nicaragua. The one difference is the addition of Pennsylvania ligero in the filler.

“Cultivo Tonto” refers to a unique growing method, inspired by how farmers in Japan grow certain fruit. Farmers remove the plant’s lower leaves so that the maximum amount of nutrients can be sent to the upper leaves. Because of this, the yields of these plants are lower and the prices for the tobacco are much higher.

Saka told halfwheel the blend is “a touch more robust” than the regular Sin Compromiso. The cigar also receives a regular box press instead of the softer press found on Sin Compromiso. They are also aged for a year after rolling.

The MSRP is set at $29.75 per cigar and it will be offered in boxes of 13 cigars. Saka told halfwheel he expects the cigars to ship in October.

Paladin de Saka is packaged similar to the regular Sin Compromiso line, though the lighter part of the band is pewter-powdered, slightly different than the cream color found on the normal band.