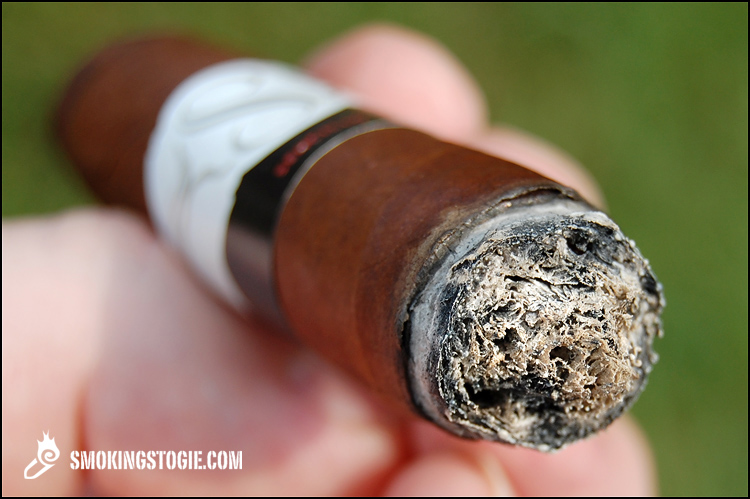 Today we will be taking a look at a cigar from the people at Prometheus/God of Fire, the Sencillo Black! A few month back I met Keith Park at event in New Hampshire and I got to speak with him for a little bit and one of the cigars he handed me was a Sencillo Platinum, I had previously never heard of it and I was excited to try something new. I was definitely impressed with the cigar and was glad to know the price point was consistent with an everyday cigar. While speaking with him he told me about a new Sencillo they were coming out with, the Sencillo Black and that it would be available around June and most likely be officially released at the 2011 IPCPR trade show.

Recently we received a press release about the Sencillo Black and it had this to say about it:

The new Sencillo Black is a collaboration between Nestor Plasencia Jr. and Keith K. Park, the man behind God of Fire and Angelenos cigars and Prometheus accessories, and is sure to win the brand even more acclaim.

According to Keith K. Park, Founder and CEO of Prometheus International, Inc. and God of Fire, Inc., the first release of 5,000 cigars in five sizes (1,000 cigars per size) will be delivered to 15 authorized Sencillo dealers in the week of June 20th, and the second release to all authorized Sencillo dealers in September. Park states, “Nestor and I had been talking about doing a project together for many years. When we decided to add a Nicaraguan blend to our brand portfolio, Nestor and I worked on the Sencillo Black blend together for over a year. The cigars were ready last year, but we decided to age them longer to deliver a more polished and flavorful taste to our customers. I am so happy that we are finally releasing Sencillo Black.”

Here is a photo of the original Sencillo Platinum with the new Sencillo Black for comparison…. 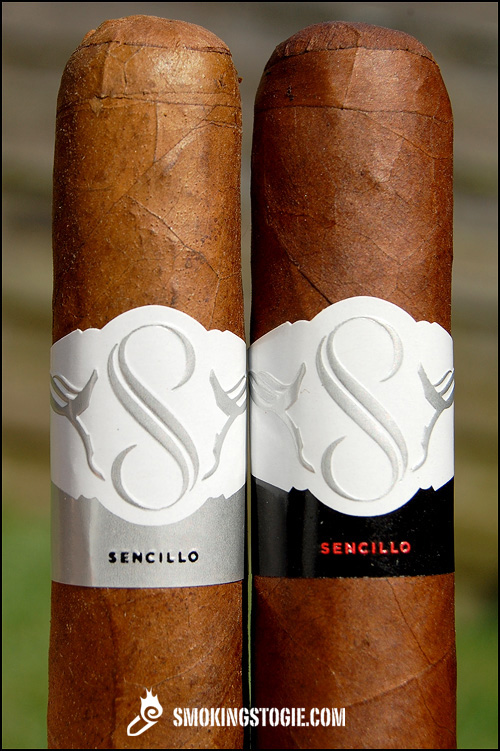 Lets get into it shall we? 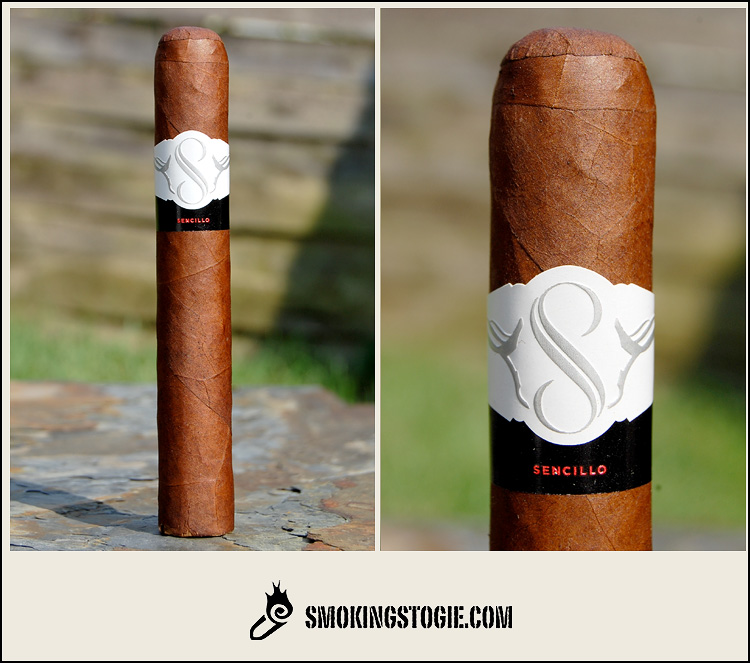 From the start I love the look of this cigar, I am a huge fan of Colorado shade wrappers and this has a gorgeous one with a silky, red/brown shade to it, some veins here and there but an overall uniform look with invisible seams and a tight pack. It has a perfectly applied triple cap and a flat head. The pre-light aroma smells of manure, cedar and leather, the foot absolutely reeks of leather, it smells like an old baseball glove. The pre-light draw is quite mellow with an earth and leather combination.

Starting off in the First Third the cigar produces a very smooth medium body smoke with a touch of spice and pepper however the spice quickly dies down. The cigar has a very rich flavor profile with coffee, touch of cedar, some creaminess and an extremely long, dark chocolate and pepper finish, very nice. 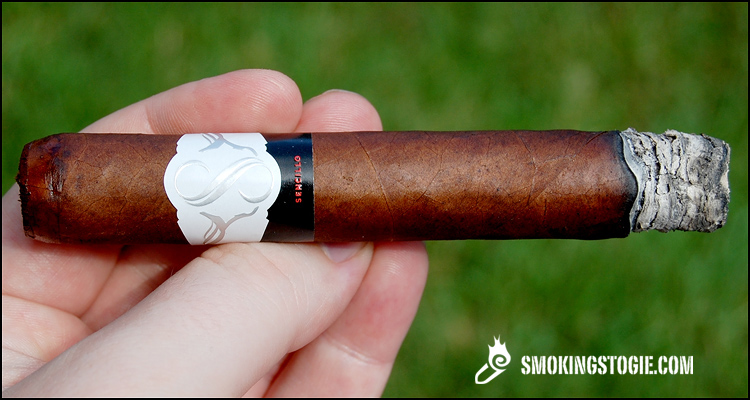 Coming into the Second Third, the creaminess fades and I start to get a lot of semi sweet chocolate notes, along with coffee and pepper. It’s very peppery in taste only, there is very little of that pepper tingle, it’s simply just the taste of pepper. Woody flavors are present as well with a little bit of leather. Construction is near perfect, with a great burn and nice draw.

Finishing up in the Final Third the cigar pretty much holds its course with a few minor changes. The profile is still mainly dark chocolate, wood and leather. The coffee has completely disappeared and in its place is a black licorice type flavor, overall a lot of deep, rich flavors that meld well together. 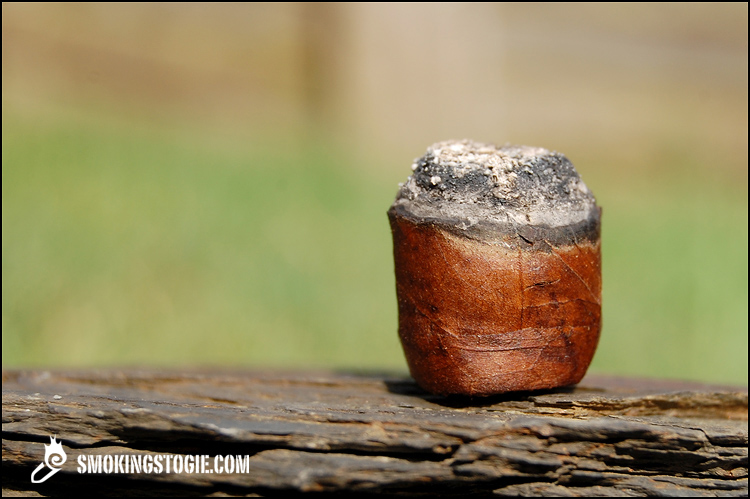 The Bottom Line: This cigar is marketed as an “everyday cigar” and I found that it was definitely just that, it never got over medium body and it never got over medium strength but it had big, bold flavors so it’s the type of cigar that will satisfy the hardcore smoker but also satisfy the average smoker because it doesn’t kick your ass. It’s totally something you could smoke everyday, anytime of the day. I will definitely keep some of these on hand…