There have been very few significant changes to the basic act of cutting cigars over the years, but the Select Draw Cigar Cutter is one of the newest unique options on the market. Launched in December 2018, the company was founded by businessman Mark Weissman and inventor Marc Alston, who thought up the idea of putting three sharp spikes onto a metal base that could be used to punch multiple holes in the cap of a cigar until the desired draw is reached.

To that end, the company released The Select Draw Original late last year, which is made up of a base composed of 770 aircraft grade aluminum, while the three spikes are made of steel. Weighing three ounces and measuring 3 1/2 inches x 1 3/4 inches, The Original features a polished sliver finish and carries a retail price of $33.99 each. Four months later, Select Draw added another option to its lineup named The Obsidian. While the physical specifications are identical to The Original in every way, the newest version features a glossy black finish and is priced at $33.97 each. In addition, each Select Draw comes packaged in a velvet bag that is opened and closed via draw strings.

According to an interview on All Thing Cigars, Select Draw is currently working on at least two new products: a mini version of the cutter as well as a a custom cigar holder.

While it may look a bit daunting the first time you see it, the actual process is fairly easy: after unscrewing the cap and exposing the three spikes, you hold the knob of the Select Draw in one hand—in my case, the right hand—while holding the cigar in your other hand. Next, you carefully line up the three prongs with the cap of the cigar and push the spikes slowly into the head about halfway down before pulling them out. From there, you can add holes in any number of places: quite a few times, I inserted the middle spike into the main hole which I placed in the center of the cap and just rotated the cutter 180 degrees and pushed down again, ending up with five holes. If the draw was still too tight—and it inevitably was, at least for my tastes—I inserted the middle spike back into the middle mole and rotated it another 90 degrees, and so on until I felt like I had the best draw I could achieve.

However, you are not limited to just punching holes in the cap: the company has made it clear that it thinks that there are times when using the Select Draw in various other places can lead to better results. These locations include around the edge of the cap—usually utilized by using the three spikes horizontally instead of vertically—and even vertically down the side of the cigar on four sides, meaning 12 additional holes in the cigar. The latter choice is an interesting choice that I tried out on a couple of samples, and while it did lead to a slightly more open draw compared to when I just punched through the cap alone—not exactly surprising, since more holes means more air being able to be drawn through the cigar—it also led to one instance of the wrapper unraveling a bit since two of the holes had to be placed below the cap of the cigar.

Unlike a straight cut or v-cut—both of which are basically one-and-done—the Select Draw gives you almost unlimited control on just how tight or loose you make the draw on any given cigar. This can be done by adding holes one by one until you are totally happy, and as noted above, there are a plethora of places you can add holes until you get the draw you want. Smoking a lancero and one hole in the middle of the cap is not enough? Then you can use one of the spikes to push additional holes perpendicularly around that hole—or even down the side of the cigar—until you are happy.

Of course, each additional hole you punch into the wrapper of a cigar increases the chances of issues—more damage to the cap, more tar buildup, potential damage to the wrapper—but there is no doubt that the level of control that you have over the draw in any given cigar is hard to beat with more traditional cutting methods. Due to the somewhat unique way that you are supposed to use the Select Draw, there are very few competitors on the market that I know of. However, the most obvious is the Shuriken Cigar Cutter, which uses six sharp blades to cut thin lines into the cap of cigars. 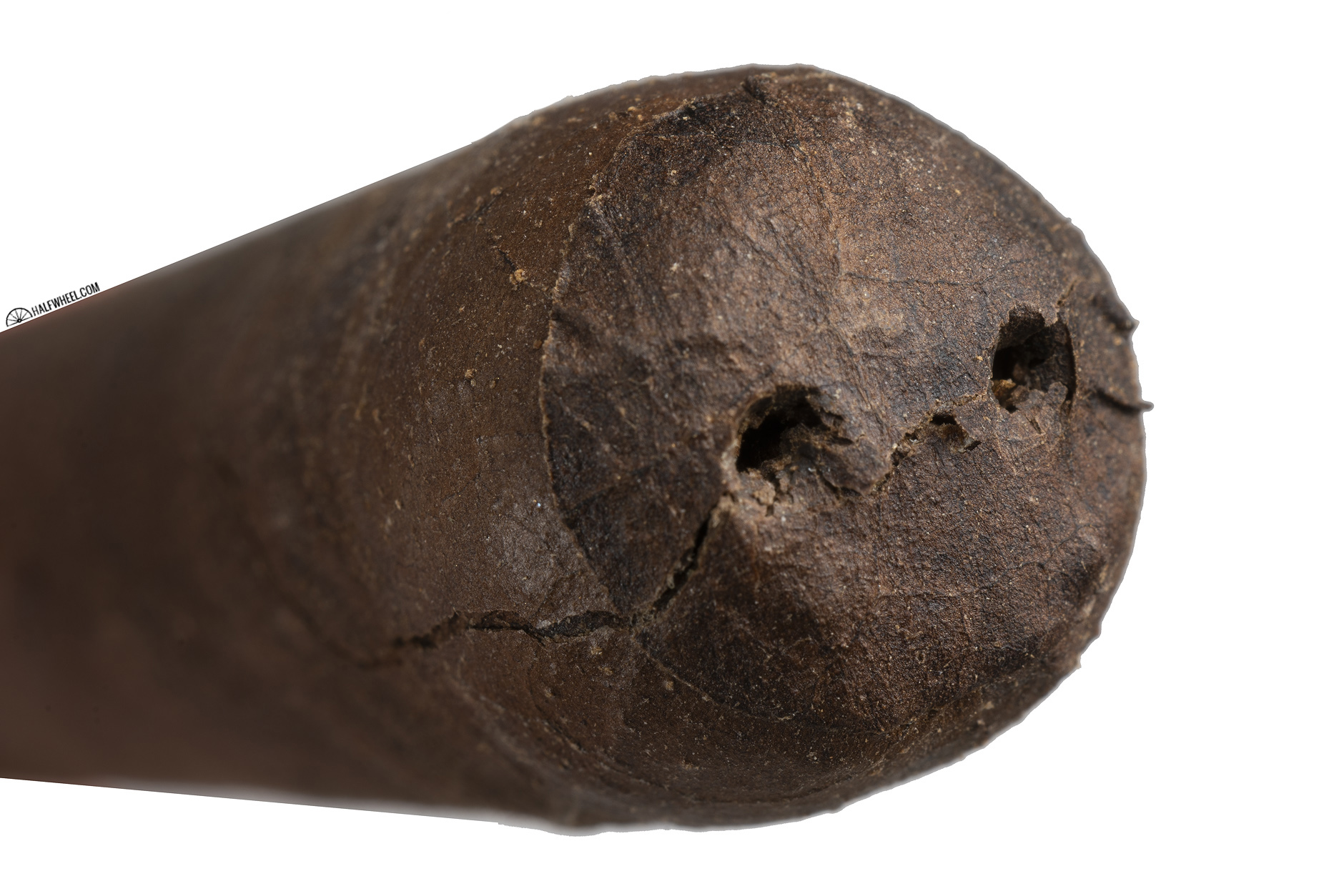 As outlined above, there are a number of significant issues with the Select Draw, but the main problem is not necessarily that it does not work in most situations, it is that there are a limited number of situations in which you will get the optimal results. One of the greats thing about a straight cutter—and one of the main reasons it continues to be as popular as it is—is its versatility: you can cut just about any cigar on the planet with it in under three seconds and end up with a smokable cigar. Unfortunately, the Select Draw seems to be designed to put obstacles in your way when it comes to not only ease of use, but also the amount of time and effort it takes to get even a basic draw out of any cigar. Throw in the not insignificant number of times I dealt with tar and you are left with an product that would be more usuful as a a chess piece than to cut cigars.