Scrim By HutcH, the studio behind XIKAR’s high Xi models with coral and ivory will once again be at the IPCPR Convention & Trade Show with a variety of custom XIKAR Xi models crafted by Rick Hutchings. 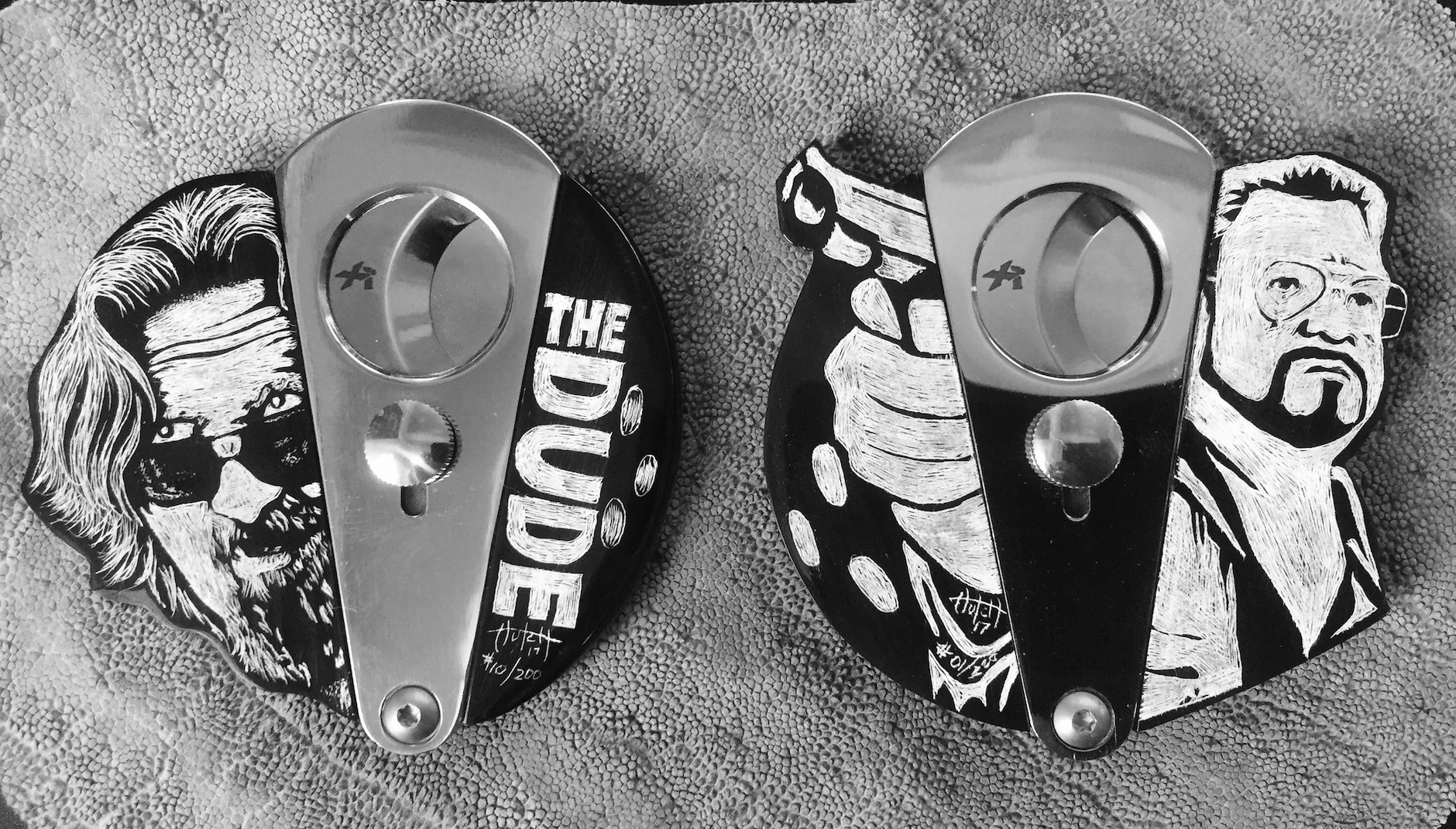 First up is The Big Lebowski set, two buffalo horn cutters based off the film. One features Jeff Bridges’ character, Jeffrey “The Dude” Lebowski, and the other Walter Sobchak played by Jeff Goodman. There are 25 numbered sets, sold for $800, and an additional 250 of each cutter will be made, priced at $400. 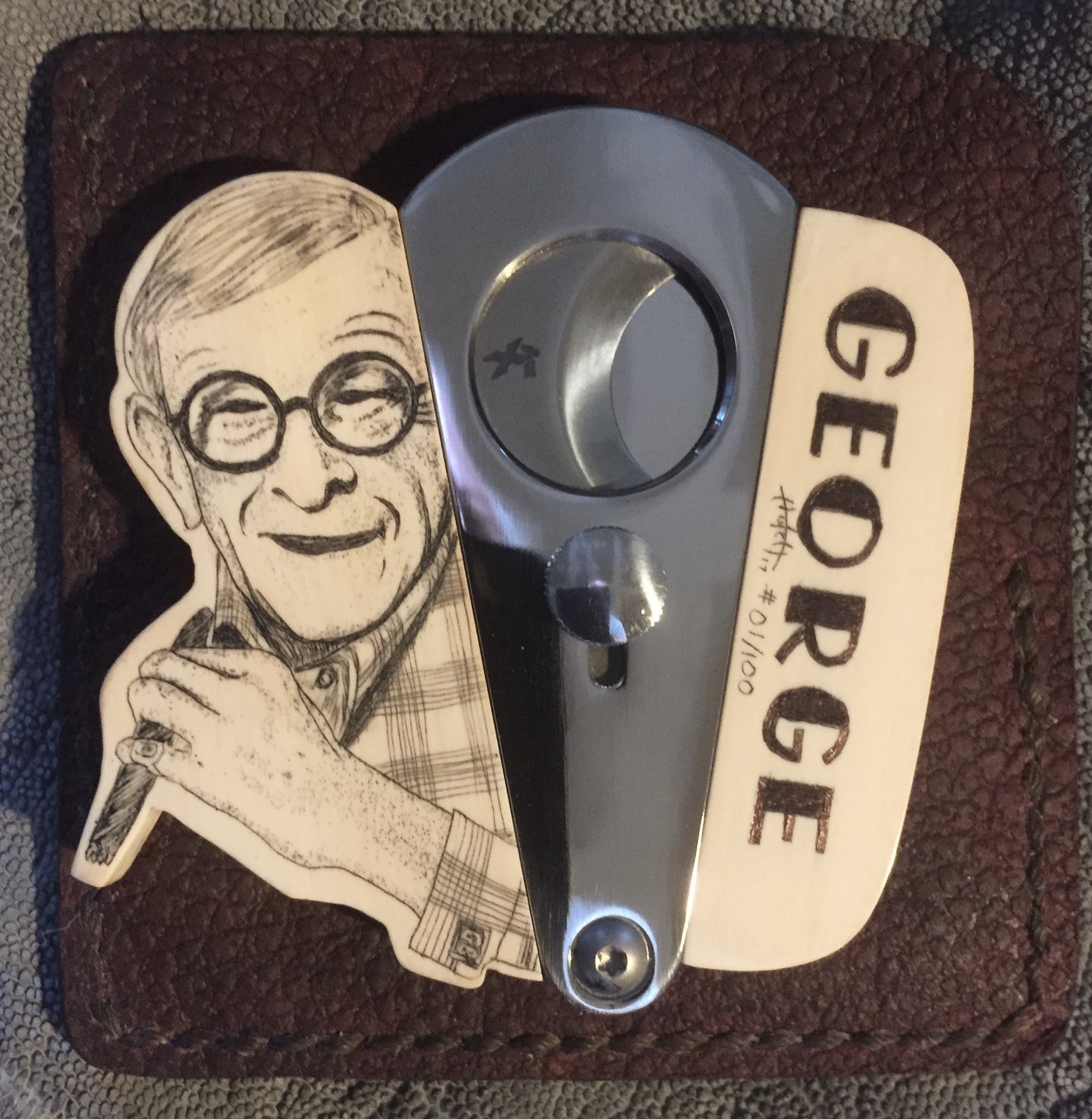 George Burns and Groucho Marx, both legendary comedians and actors—as well as noted cigar smokers—will also be memorialized in the form of a cutter. The George Burns version is made from 10,000-year-old mammoth ivory and retails for $500, while the Grouch Marx cutter is made from Buffalo Horn, priced at $400. 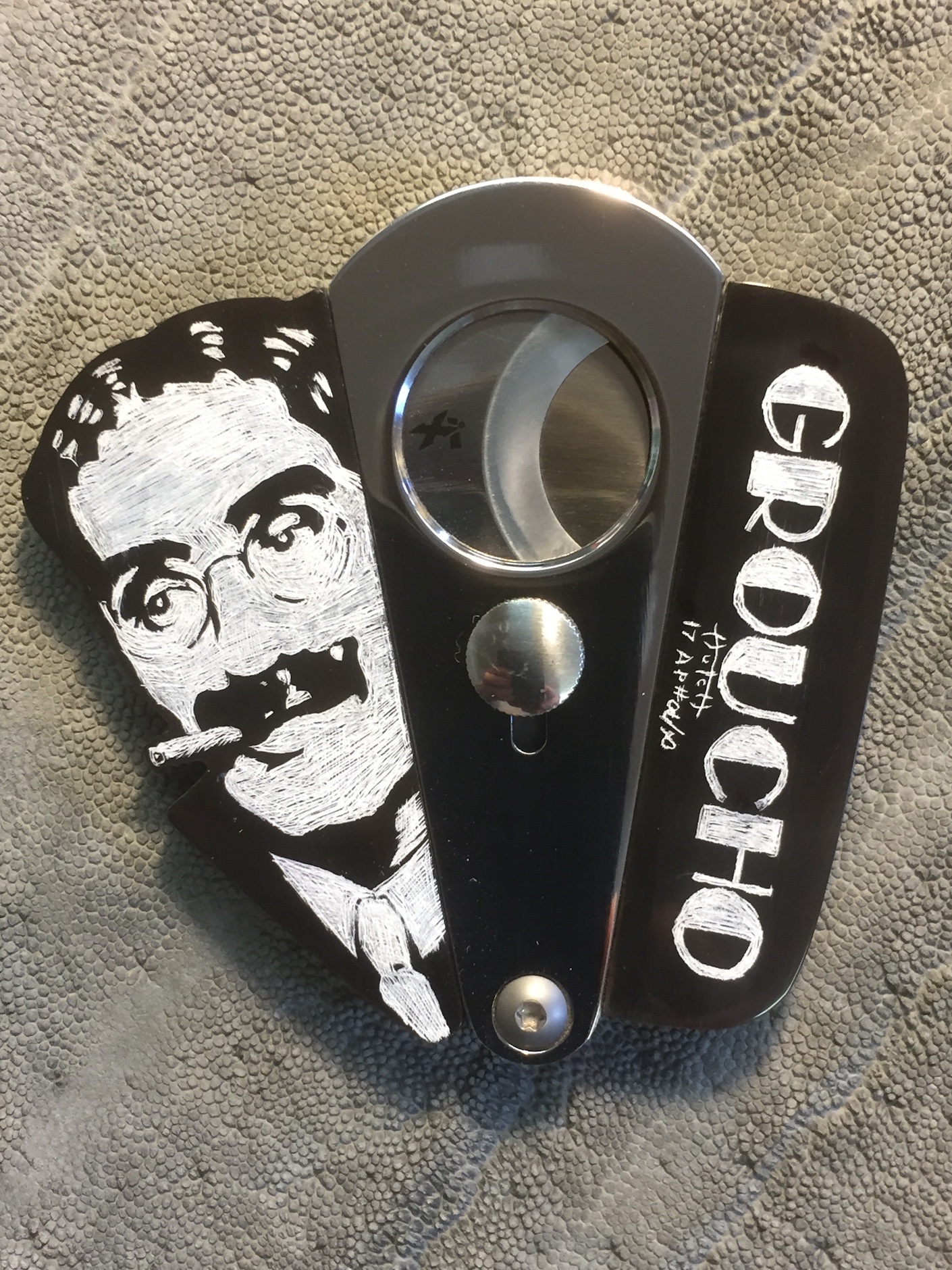 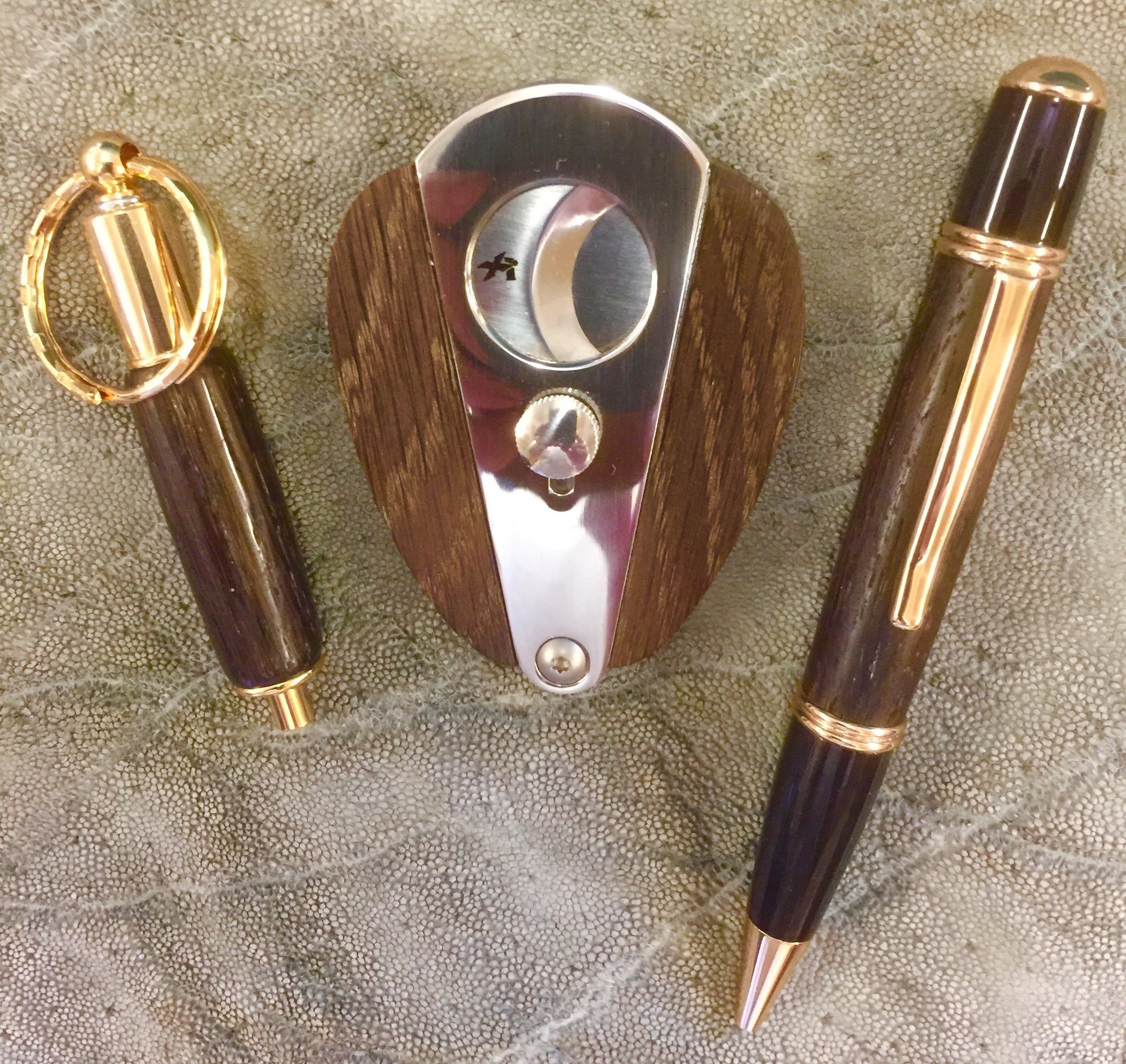 Hutchings is also making cutters from a Maker’s Mark barrel. Those are priced at $250 and come with a buffalo leather pouch. There’s also a $120 pen that also comes with a leather case. 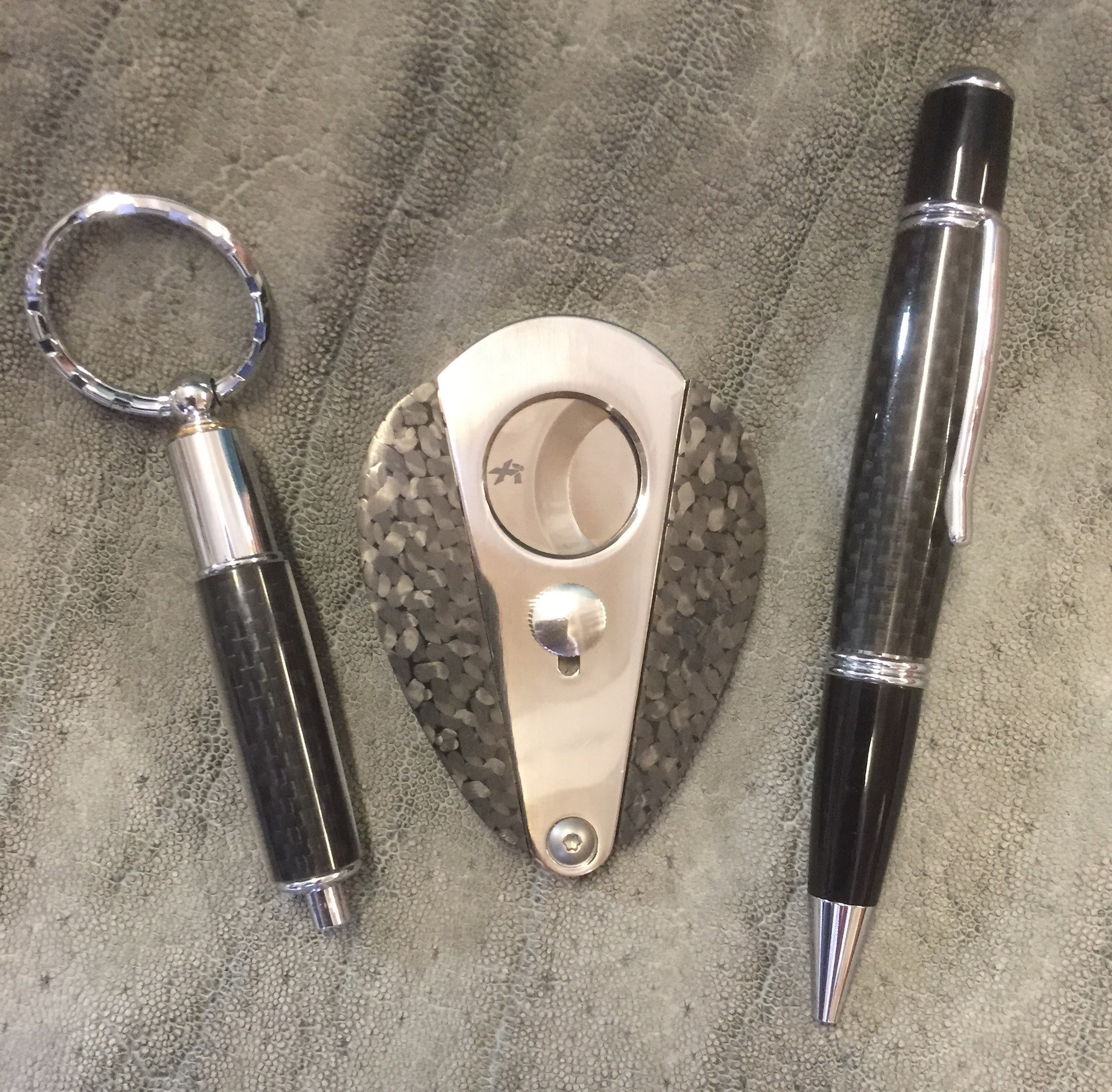 Carbon fiber versions of the pen and cutters are also offered. The pen retails for $120 and the cutter for $300.

Neither of those collections are limited, though Hutchings told halfwheel he is discontinuing the punch cutters due to a waning supply of parts. Finally, those attending the IPCPR PAC VIP Cocktail hour will have a chance to win the cutter shown above on the right.