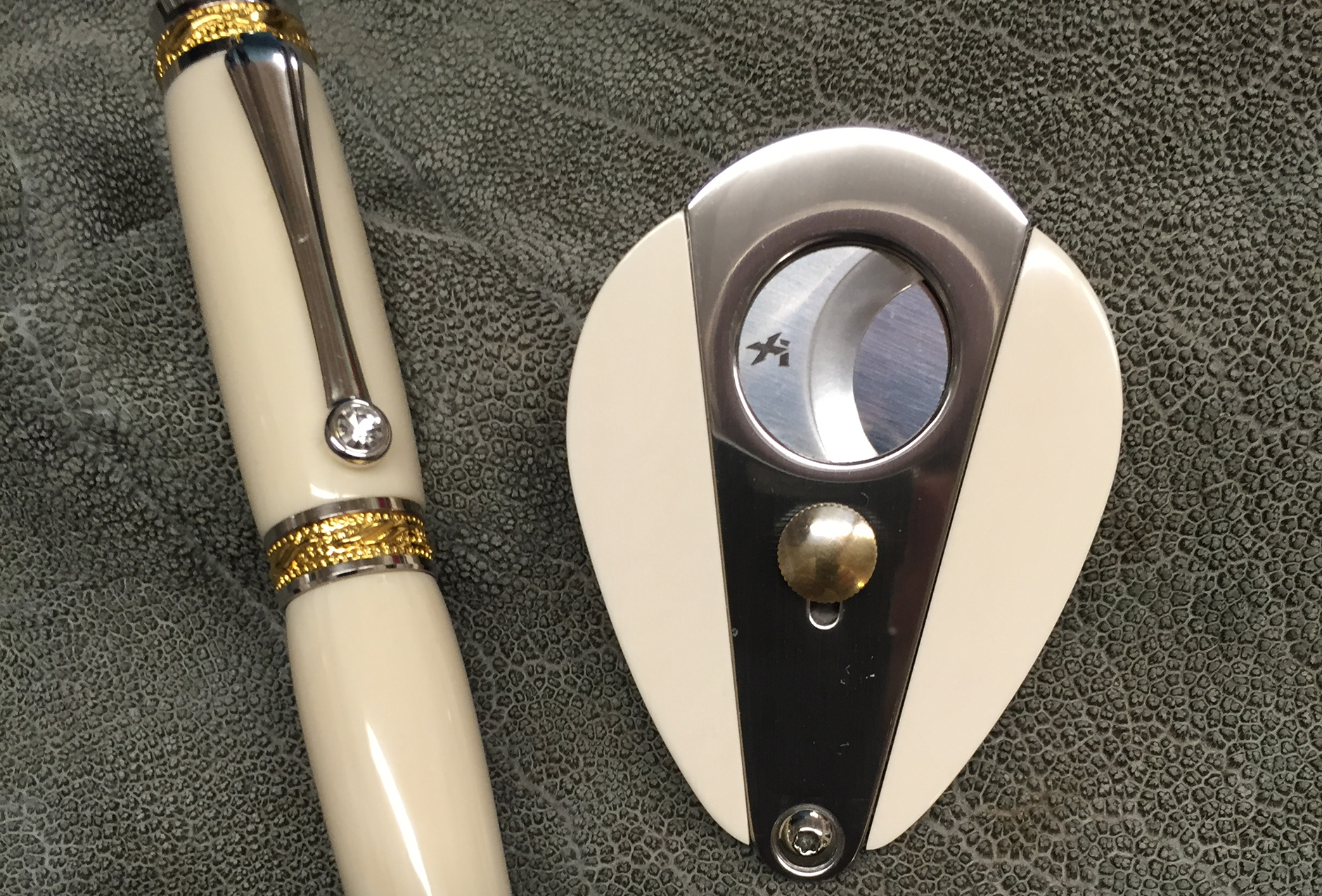 Just as the holiday shopping season is set to get into high gear, Scrim by HutcH Studio has released a pair of limited edition gift sets featuring a cigar cutter and matching pen. The first option, pictured above, features an ivory presentation, using mammoth ivory for the cutter handles and an imitation ivory for the pen, as mammoth ivory is too thin to turn for the specifications needed for the pen barrel, Rick Hutchings told halfwheel. That configuration is priced at $700 for a set, or the cutter can be made with the same ivory alternative for $600. The other set uses buffalo horn for both the cutter handles and the pen. “Buffalo horn turns great for making the pen,” Hutchings said. The set is available for $600.

For the body of the cutter, Hutchings uses a XIKAR Xi3, a dual guillotine cutter that features 440 stainless steel blades with an HRC of 57 and can cut the caps of cigars up to a 58 ring gauge.

Both sets are limited to a run of 25 individually numbered sets, though Hutchings noted they do not necessarily need to be purchased together. He added that he can scrim a person’s initials onto both items at no additional cost. They are currently available for order via the company’s website, or can be purchased through authorized retailers.