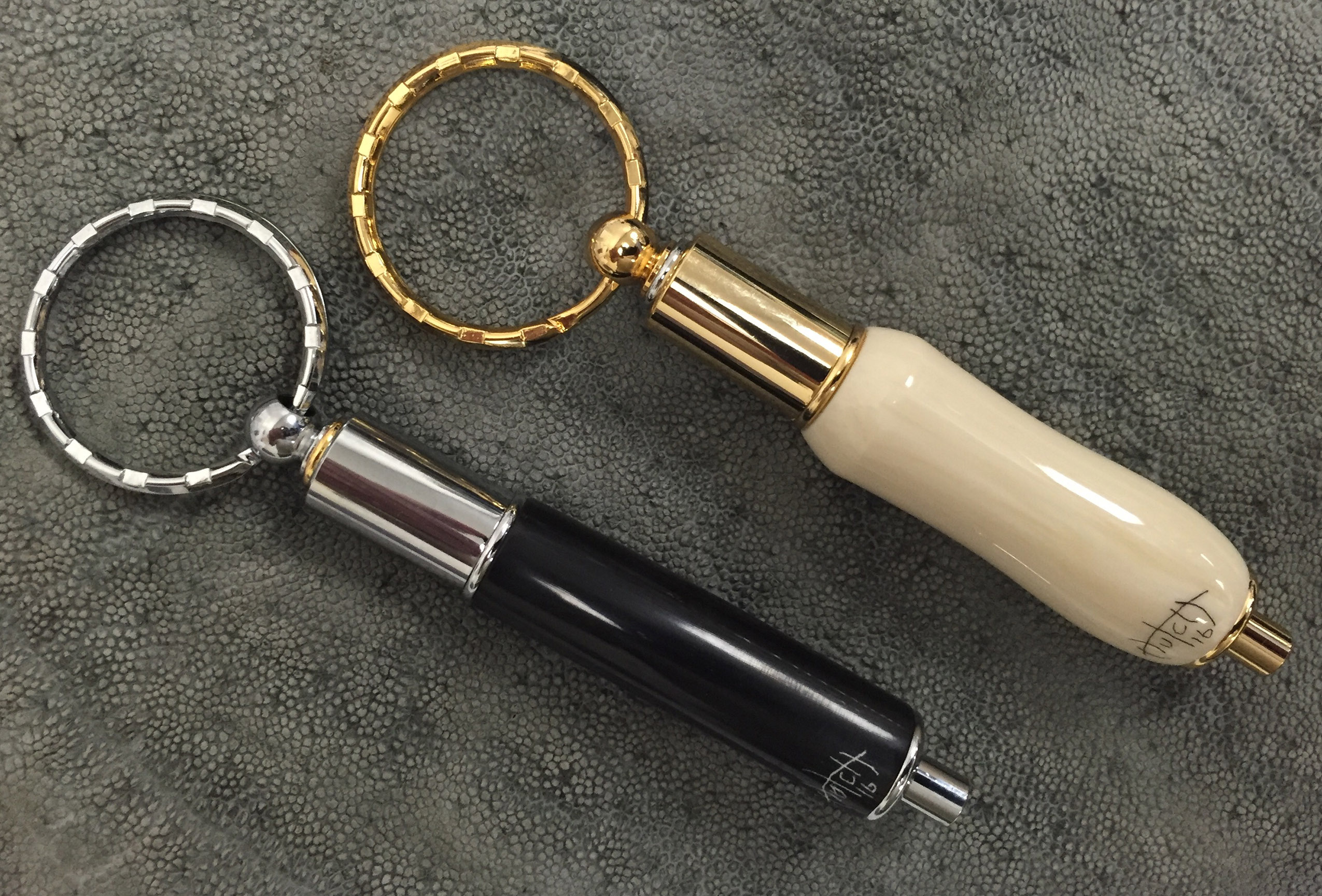 After a hiatus of several years, Scrim by HutcH Studio has brought back its key ring punch cutter with a number of new design options available.

The cutter is available in either chrome or gold, while the body is available in a number of options, including buffalo horn, alternative ivory, Kirinite, bourbon barrel, turquoise, carbon fiber and a number of assorted woods. Rick Hutchings told halfwheel that he’ll be able to customize some of those body options with a person’s initials via scrim.

Each cutter comes with two 8 mm blades, with a spring loaded plunger used to clear the head of any tobacco debris.

Pricing is set at $120 per cutter and can be ordered directly via Scrim by HutcH Studio.