The blend was known for its use of six different filler tobaccos with leaves coming from Connecticut, the Dominican Republic, Mexico and Nicaragua. A year later, the line returned—once again in the same two sizes and once again limited—however, the blend was changed slightly. While there are still six different fillers, none of that tobacco is coming from Connecticut.

In addition, both cigars are now $1.50 more than the original release.

The line shipped in early October right before the holiday took place. 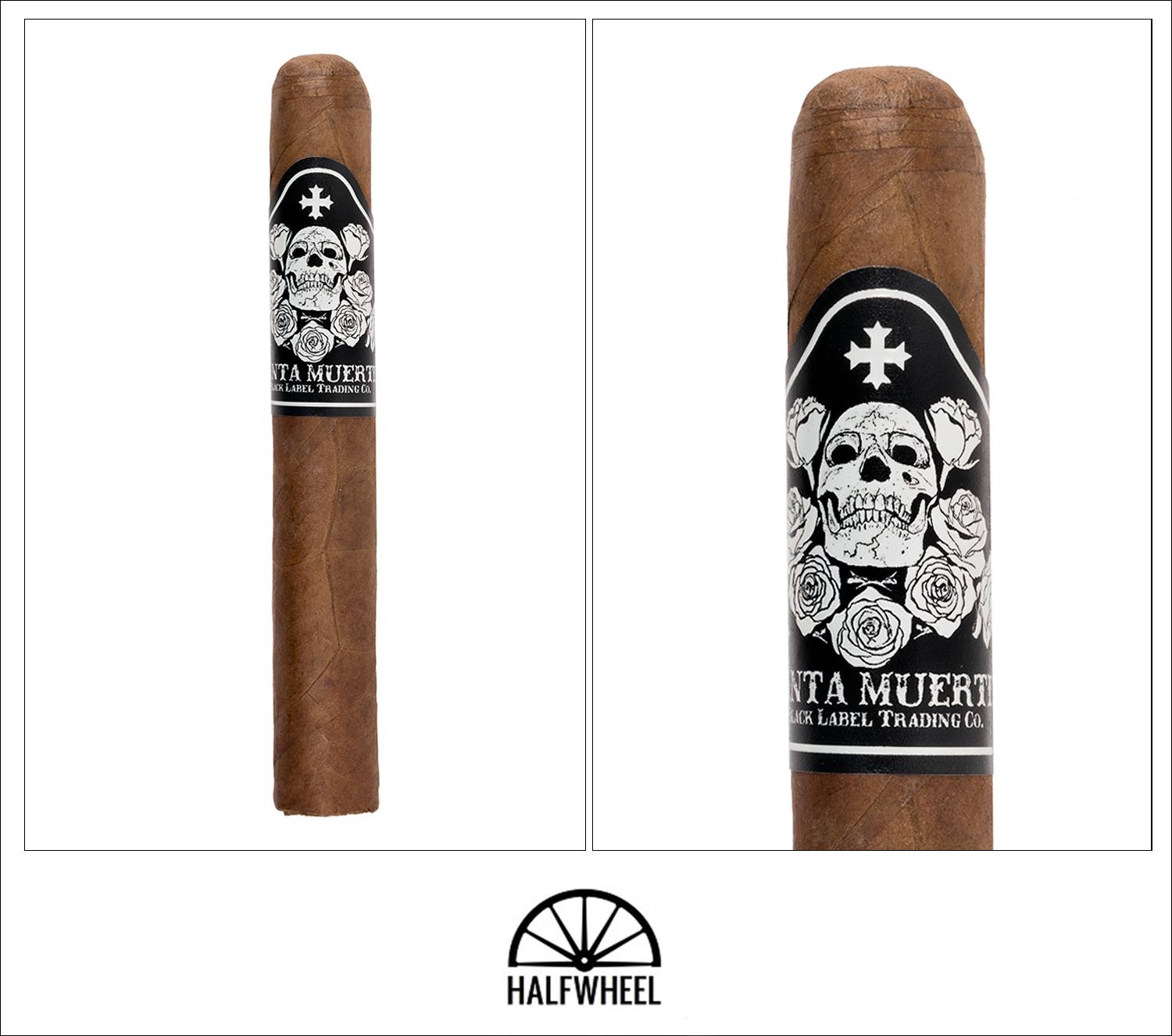 The wrapper is extremely soft, similar to a soft leather. Unfortunately, the aroma of the wrapper is similar: very mild with a bit of leather and some earth. The foot creates much more intrigue with a fair amount of baker’s spices over licorice, apple brandy and some earthiness, though only at the medium-plus level. And then there’s the cold draw. It’s super spicy with a lot of flavors I found in Nicaraguan cigars earlier in the decade—super sweet chocolate and sharp pepper—as well as some bread in the back, though it’s challenging to take a full cold draw due to the irritation caused by the pepper.

Despite an intimidating cold draw, the Santa Muerte is hardly a pepper bomb once lit. It’s medium-plus with lots of damp woods, earth, some spice on the outside of the tongue and pepper on my lips. Each puff lessens the blow of the pepper and eventually, there’s a pleasant earthy core with creaminess, peanuts and oatmeal. Burnt strawberries are through the nose and there’s no spice or pepper unless I consecutively take big retrohales. Flavor is medium-full, body is medium-full and strength finish medium-plus. All three samples avoid any construction issues for the first third. Earthiness gets an even larger role in the Santa Muerte, particularly as the damp woods leave. A buttery sweetness contrasts nicely against some black pepper, while a cedar emerges in the middle of the tongue. Retrohales still have the strawberry flavor, but I’m getting more and more citrus as the profile progresses. The finish is also sweet with some apple pie sweetness joined by something that I can only describe as pizza crust. Flavor and body remain medium-full while strength dips a bit to medium. Construction remains great. 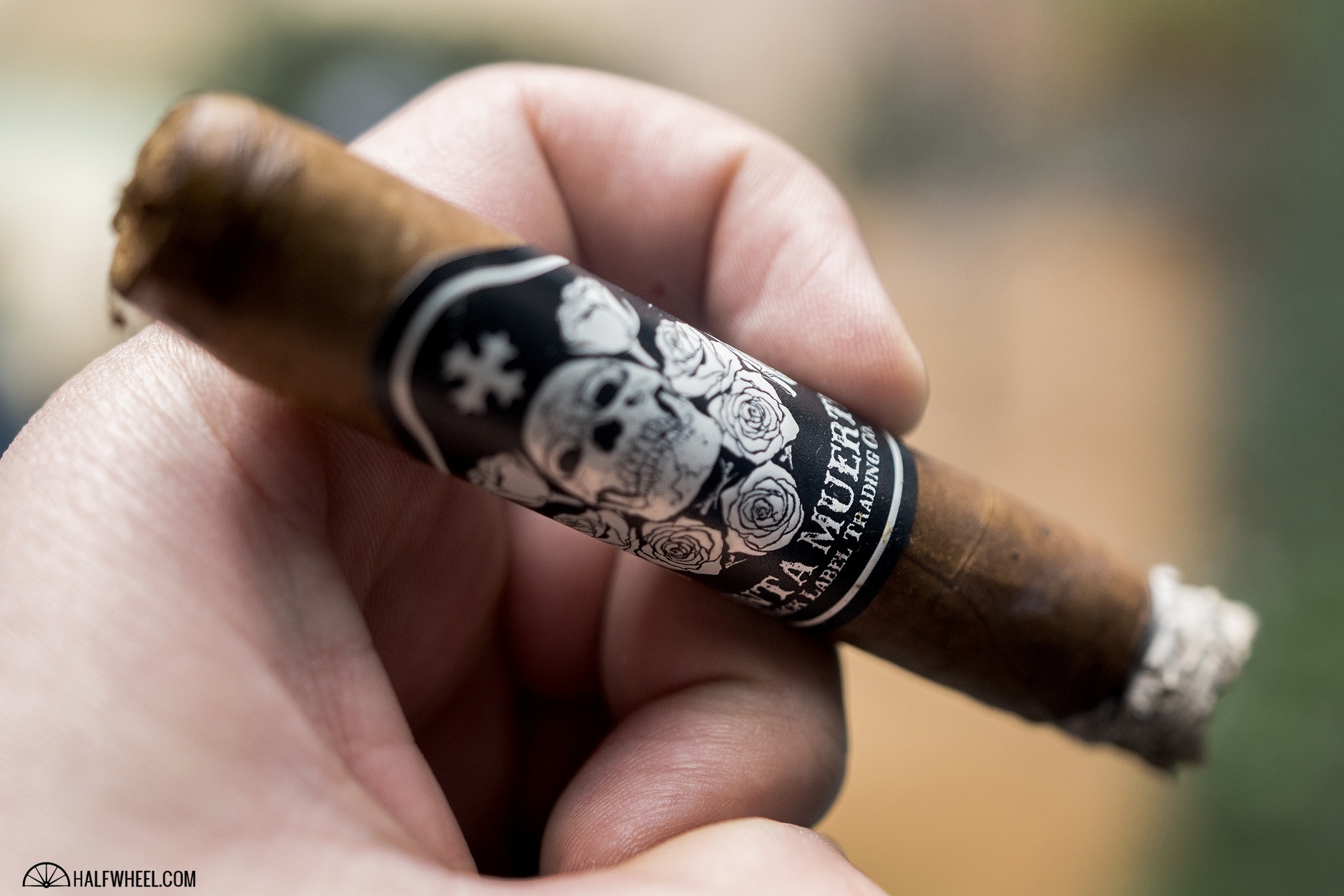 Like clockwork, each cigar had issues staying lit right as the final third begins. Flavor-wise, the cigar remains extremely earthy with bread, a lemon citrus, creaminess and blueberries behind it. The retrohale becomes a similar story with a lot of earth covering a grape-like sweetness, baker’s spice and black pepper. The flavor remains medium-full while body drops to medium-plus, the same place as the strength. 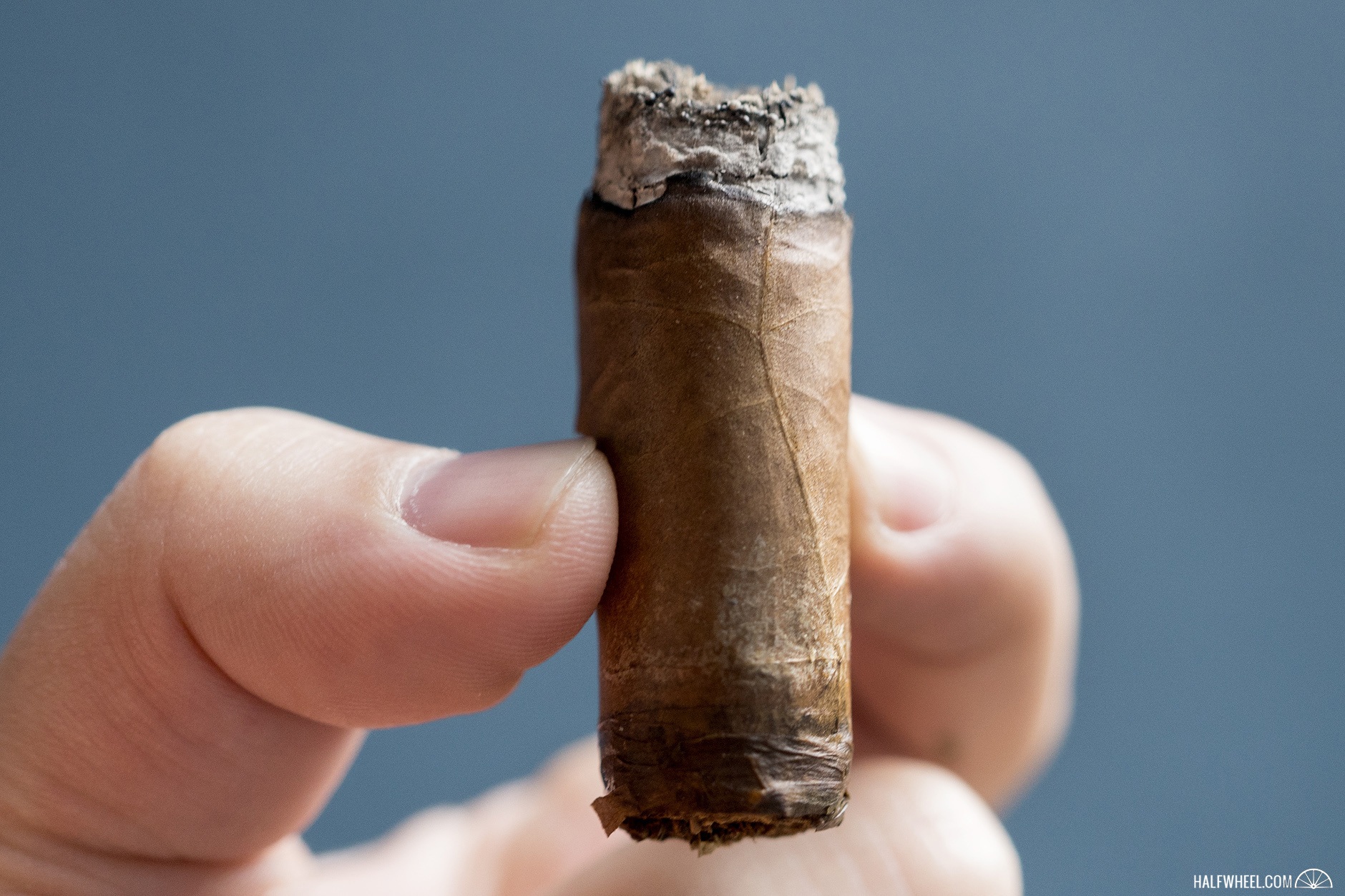 There is nothing inherently wrong with the Santa Muerte, but it’s very earthy. There are a lot of other flavor descriptors, but it would be very easy to dismiss this cigar as just earthy, particularly if you aren’t smoking this while trying to list flavor descriptors. Even on a fresh palate, I struggled with how difficult it was to find the additional flavors, and even when I did, they were never strong enough to complement the earthiness. This is another good cigar from Black Label, but I’m still waiting for the one to call excellent.