Since its debut, Sans Pareil has always been known for producing limited amounts of its cigars as a byproduct of its strict quality control requirements, but its new series of limited editions will get even more limited. 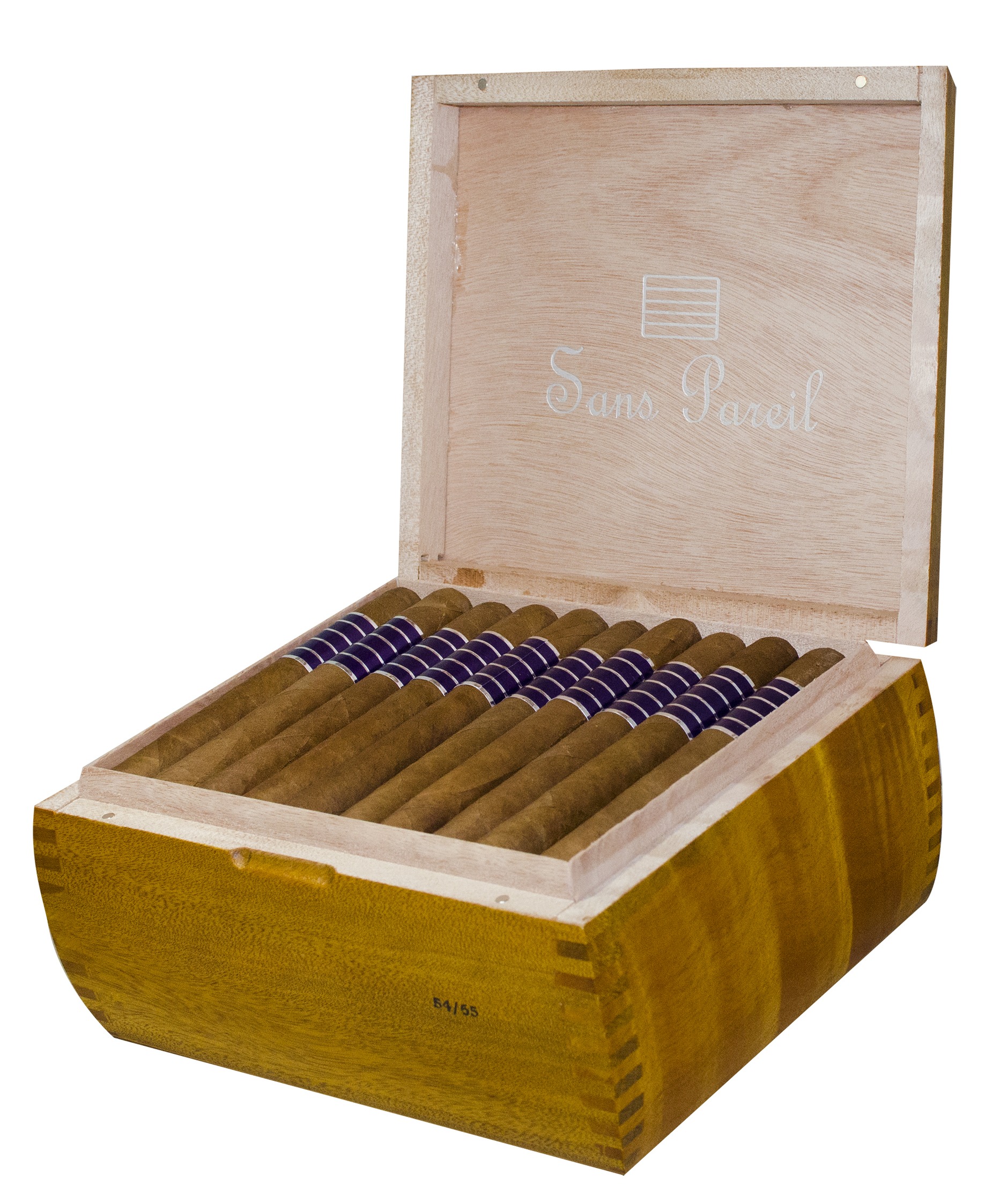 Aaron Saide has announced a new series of limited editions that will collectively be known as The Cabinets, with the first release to be a 5 3/4 x 46 corona in the Sans Pareil Purple line blend, which uses an Ecuadorian Sumatra wrapper over a Dominican binder and filler. Saide said the corona’s blend is true to the rest of the line, though has been slightly tweaked to make it fit the vitola.

Like the other sizes in Sans Pareil’s portfolio, this new cigar won’t come cheap, priced at $30 per cigar. It comes packaged in 50-count cabinets, with just 44 individually numbered boxes produced. Saide told halfwheel that he had originally intended to produce 60 boxes for retail, but multiple rounds of quality control and a revision to the tolerance for each cigar’s weight cut that number down quite a bit. While the picture above shows a box numbered 55, Saide said that only the boxes numbered one through 44 were used.

The cigars are made at Tabacalera Palma in the Dominican Republic and are expected to begin shipping during the first week of April.