While it’s not as well known in the stateside, Royal Agio is one of Europe’s leading cigar brands, known mostly for its little cigars, which are made at its European factory. However, Royal Agio produces long filler brands at its Dominican Agio Caribbean Tobacco factory that is located in the town of San Pedro de Macorís. During this year’s IPCPR Convention & Trade Show, the company showed off two additions to its growing premium cigar line-up named after that city: San Pedro de Macorís Brazil and San Pedro de Macorís Ecuador. 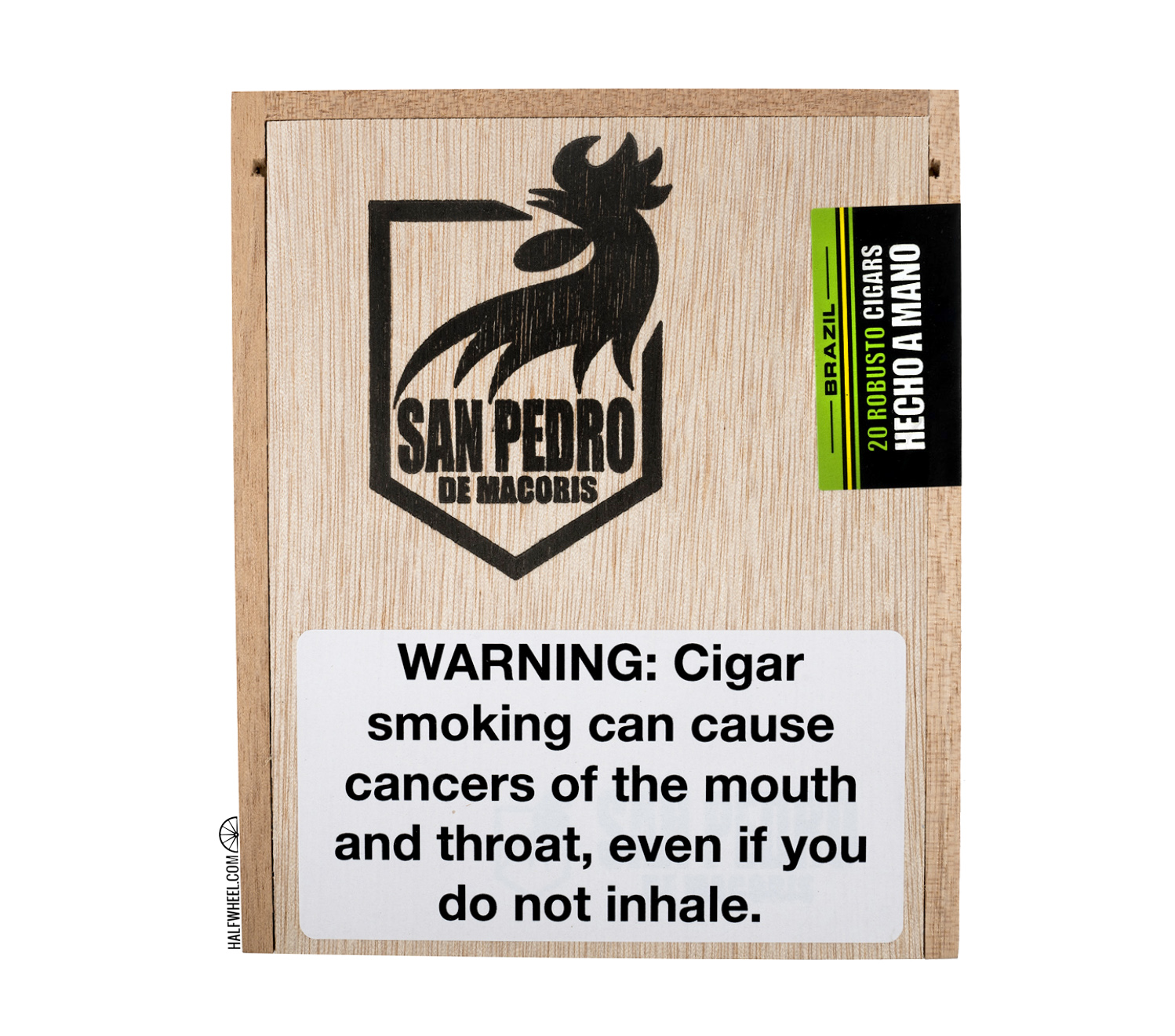 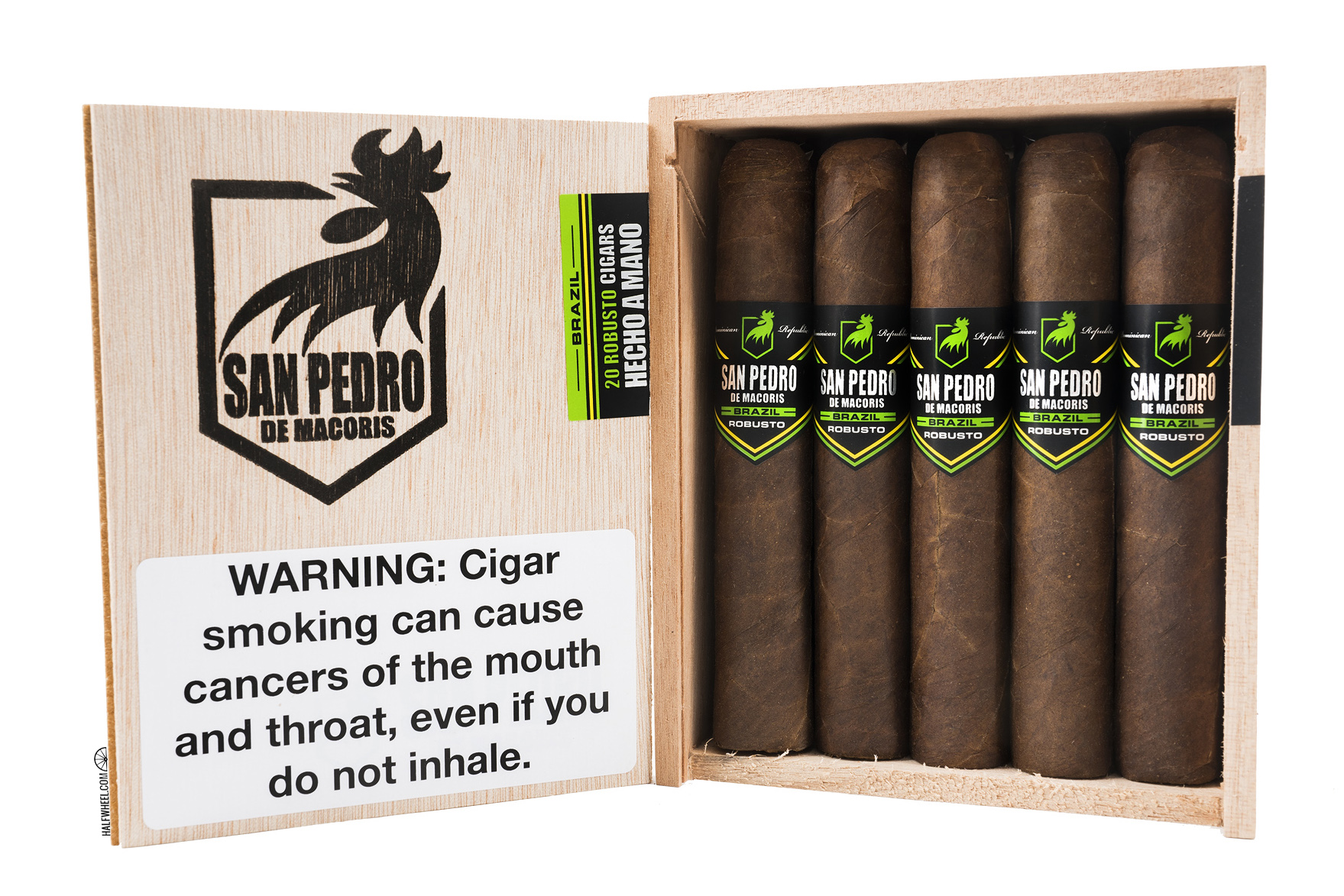 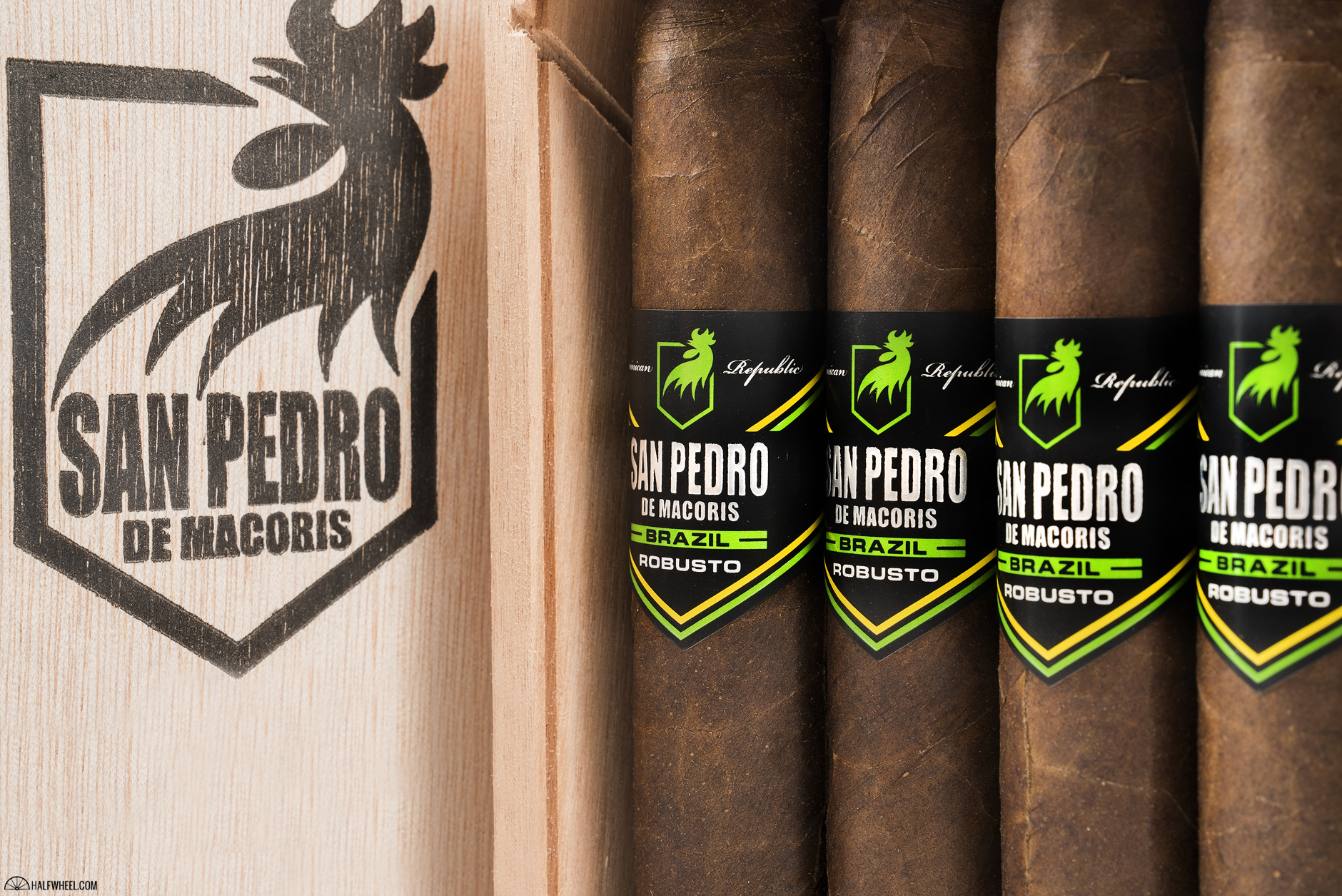 Those three sizes are:

“We set out to craft a uniquely sophisticated, everyday premium cigar, one that would exceed cigar smoker expectations and rewrite the rules on the level of quality and distinctiveness one could expect at a reasonable price,” said Jaime Florez-Estrada, vp of marketing for Royal Agio, in a press release. “It was a tremendous challenge, as expected, requiring years of development with high-grade premium tobaccos to create these final blends.” 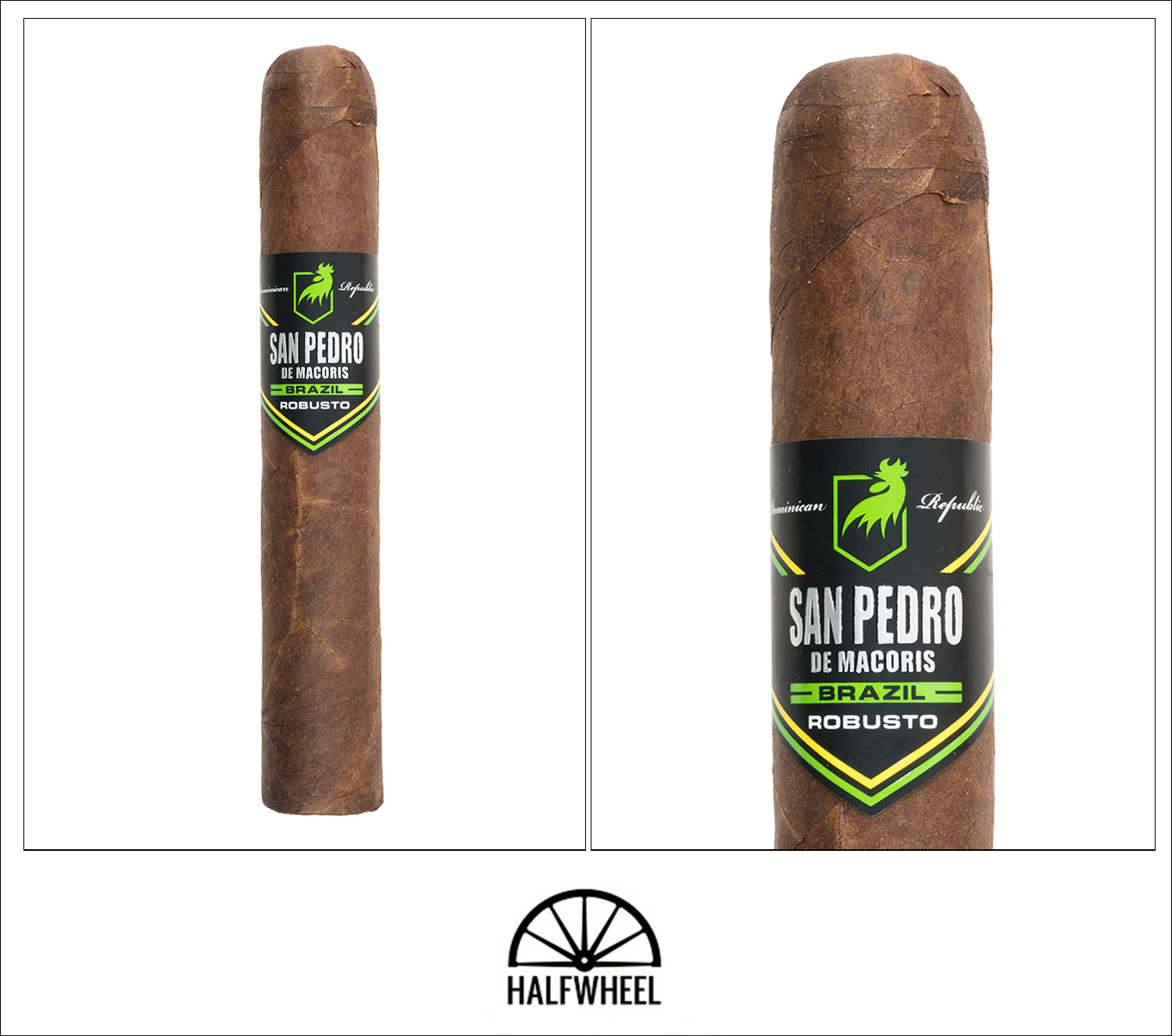 Visually, the San Pedro de Macorís Brazil Robusto is covered in a medium reddish brown wrapper with a very distinctive rooster logo and color scheme—incipiently, the same colors as the Brazilian flag—as well as a wrapper that is so rustic, it almost looks like the leaf was applied inside out. There are a number of extremely overt veins running up and down the length of the cigar and it is quite rough to the touch. Aroma from the wrapper is a combination of sweet hay, manure, earth, coffee beans, leather and plum sweetness, while the cold draw brings notes of cedar, leather, barnyard, almonds, vegetal and slight varnish along with some slight spice on the tongue.

After easily lighting the foot, the first third of the San Pedro de Macorís Brazil Robusto features a dominant leather and hay flavor combination, with other notes of cedar, sweet grass, dried tea leaves and salted peanuts. There is some significant spice on my lips that sticks around for quite a while, along with some sweet vanilla and black pepper on the retrohale. Construction-wise, the draw is excellent after a simple straight cut while the burn is extremely close to razor sharp, not needing even a little attention so far. Smoke production is extremely high off of the foot and the strength is quite mild so far, hitting the midpoint between mild and medium by the time the first third comes to an end. 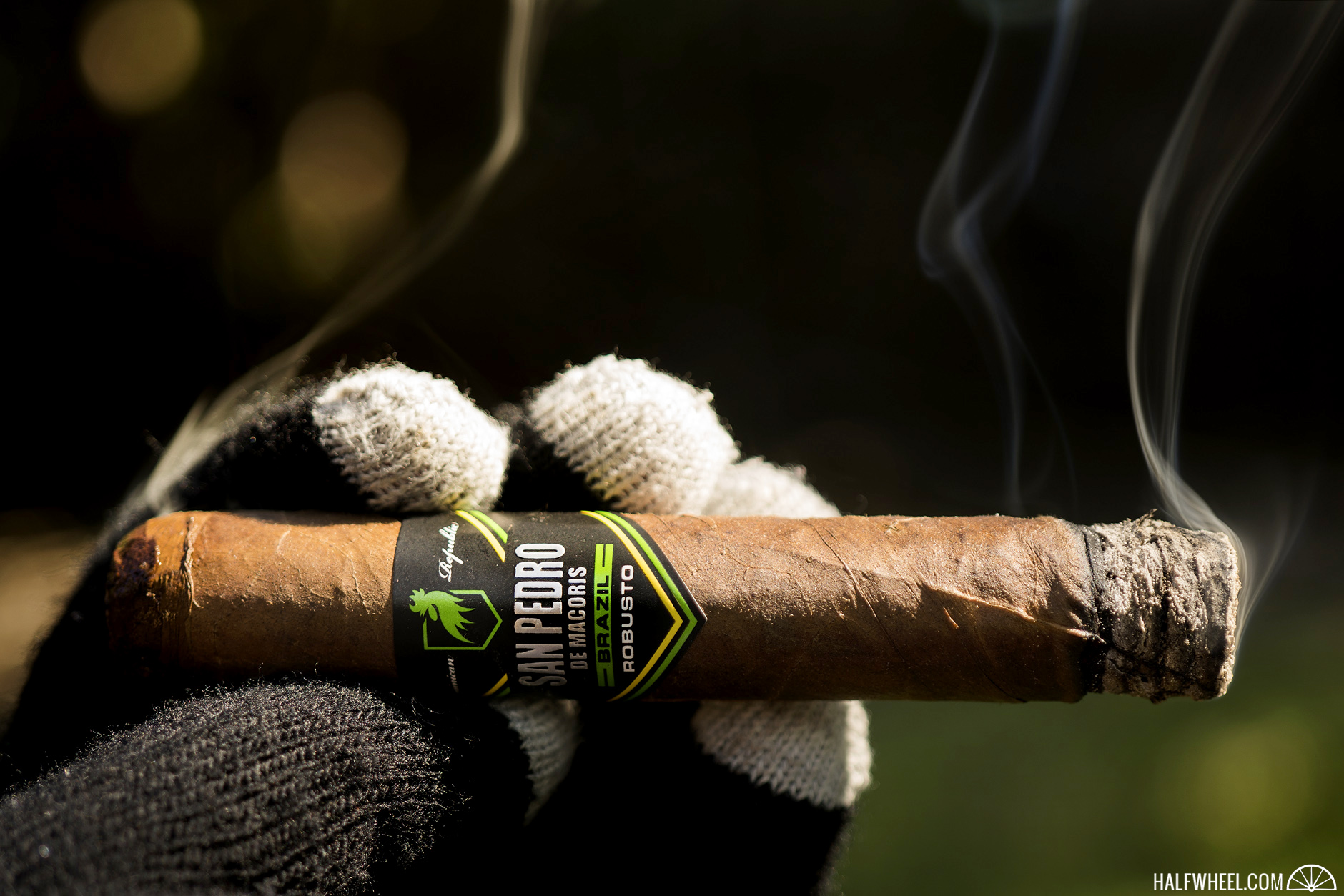 The spice on my lips is long gone by the time the second third of the San Pedro de Macorís Brazil Robusto begins, but the rest of the profile is quite similar to the first third, including the dominant flavors of hay and leather. There are additional flavors that flit in and out, including a floral, roasted espresso, creamy oak, almonds and a touch of varnish. While the black pepper from the first third has not totally disappeared, it does not seem like it is going to stick around much longer, and the vanilla sweetness on the retrohale is no longer making much of an impact. Both the burn and the draw continue to give me no issues whatsoever, but the smoke production has decreased noticeably. Finally, while the strength increases, it’s still not at the medium mark by the end of the second third. 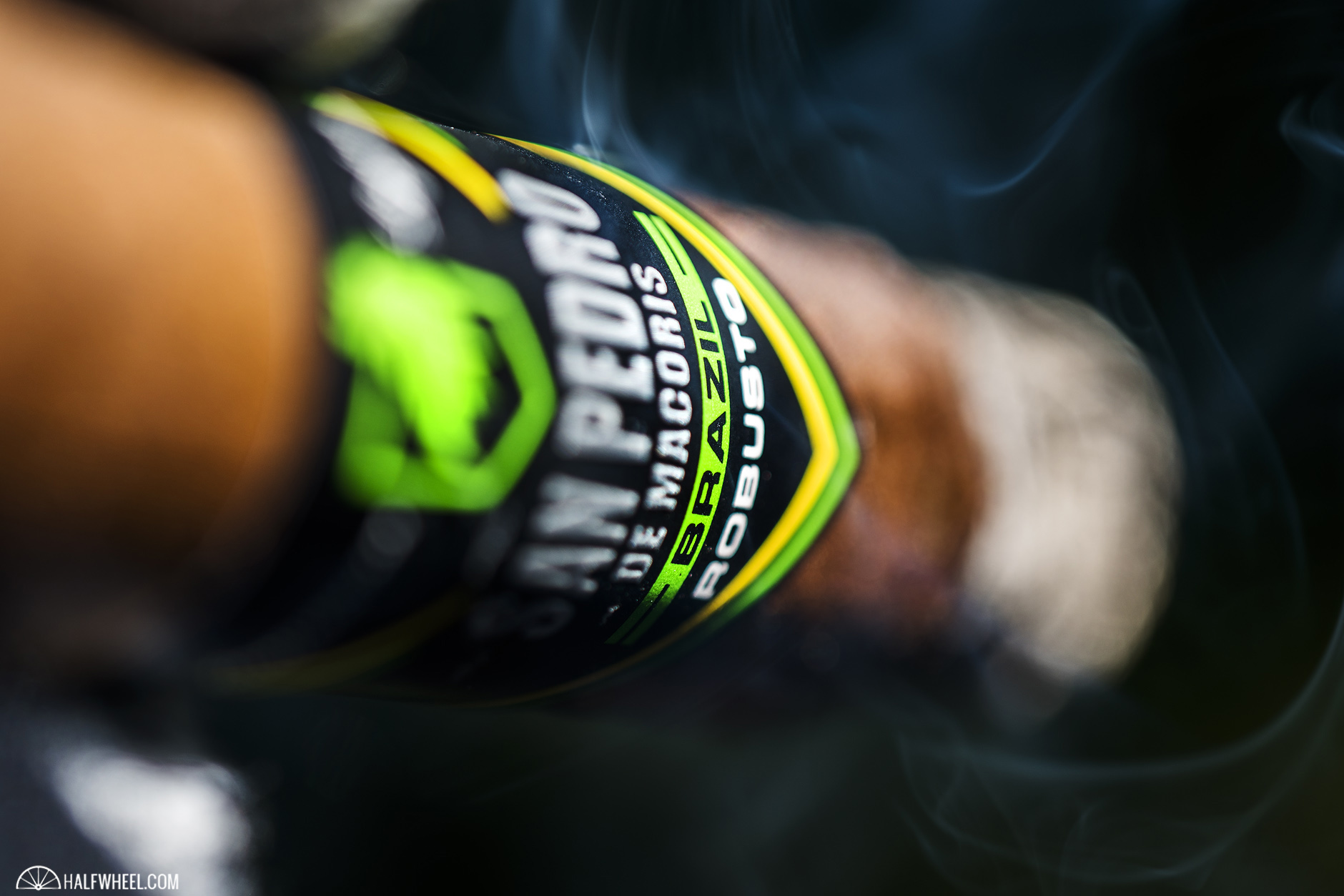 Although the profile seems to become a bit muddy and less distinct in the final third of the Pedro de Macorís Brazil, the flavors that are present seem to be almost exactly the same as the second third, namely a dominant leather and hay combination followed by bitter espresso, oak, creamy almonds, dark cocoa nibs and earth. In terms of construction, the draw is as good as ever, but the burn has started to get out of control, forcing me to touch it up a couple of times, while the smoke production is once again at a very high level. Strength-wise, the San Pedro de Macorís ends up still just a tad short of the medium mark by the time, I put the nub down with less than an inch left. 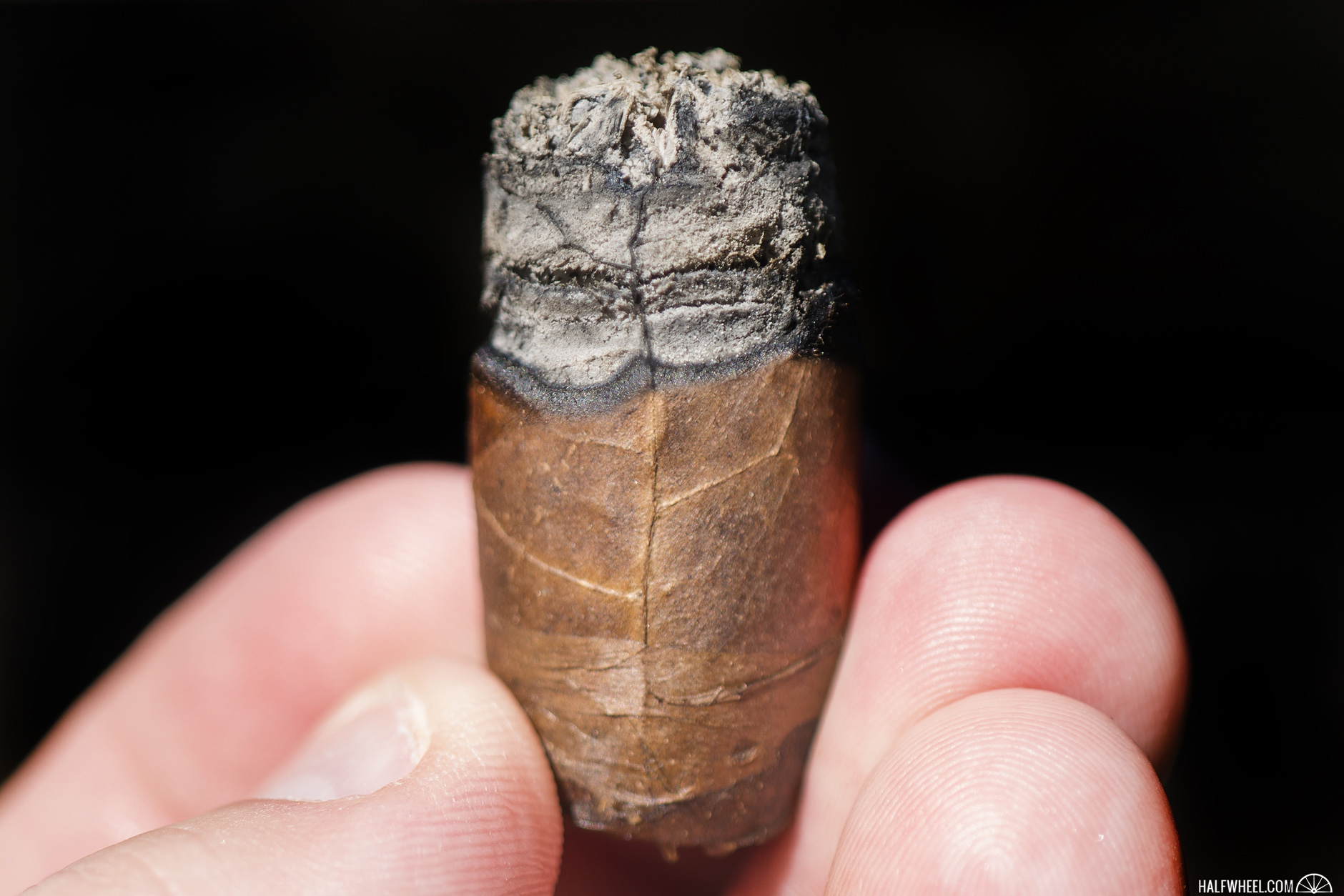 Although it does start off with a bang and tends to get a bit muddy near the end of the smoke, the San Pedro de Macorís Brazil Robusto features plenty of flavor for a cigar that most people reading this have probably never heard of. I am always on the lookout for a less expensive option that smokes above its price point, and the San Pedro de Macorís Brazil easily fits the bill, with a moderately complex profile, very good balance and excellent overall construction, leading to a final product that smokes like it costs $3 more than it does. And in this day and age, when the average price of a premium cigar seems to be close to the $10 mark, that is high praise indeed.