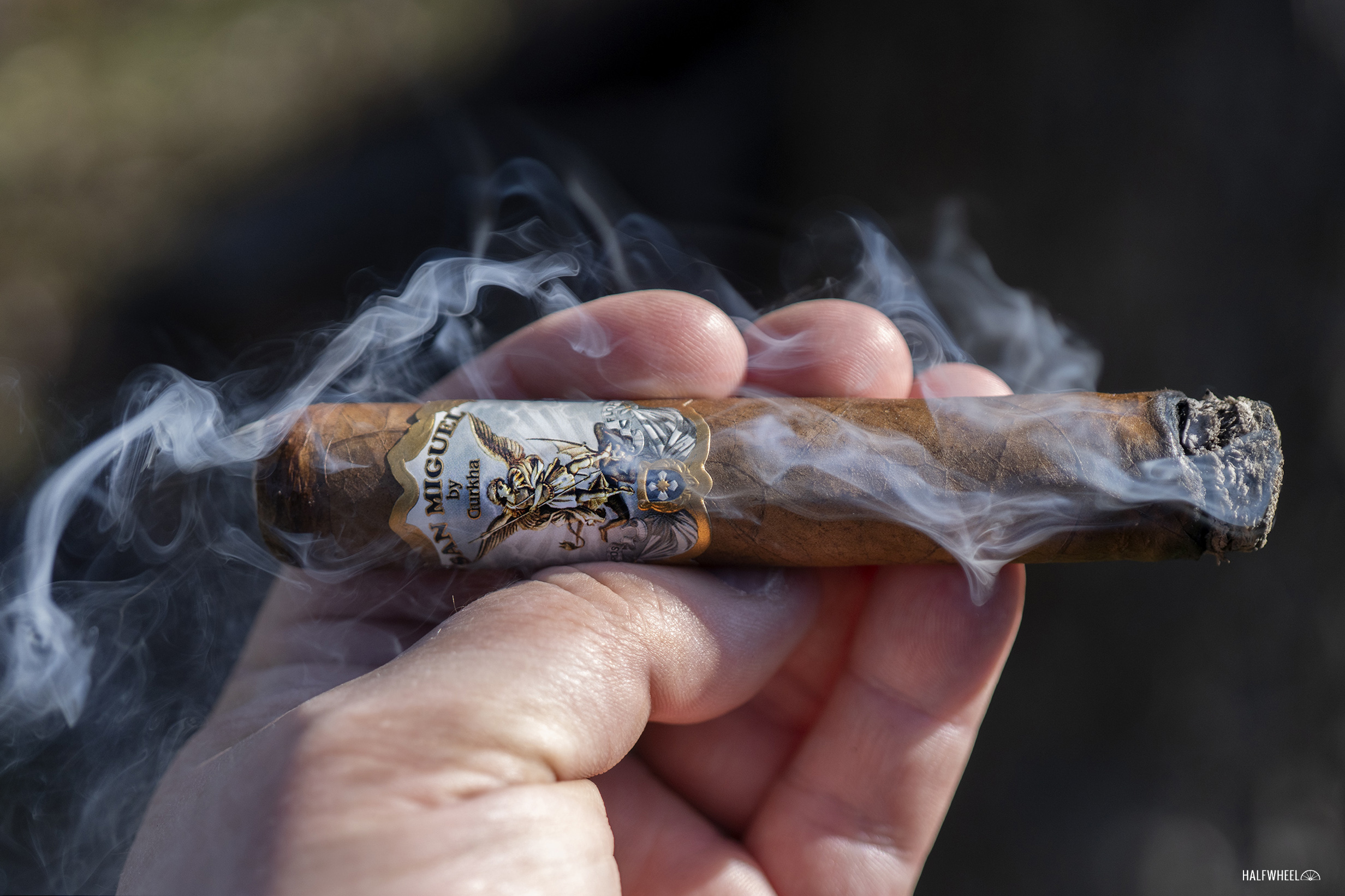 Prior to 2019, Gurkha had never had a cigar produced by the Tabacos Valle de Jalapa S.A. (TABSA) factory in Estelí, Nicaragua. Now, for the third time in less than one year, Gurkha has a new blend coming from the factory: San Miguel by Gurkha.

However, the San Miguel by Gurkha line is actually not an entirely new brand, rather, it’s an existing brand that Gurkha has remade. In its original incarnation, the brand used an Ecuadorian Sumatra wrapper and the cigar was produced at an undisclosed factory in the Dominican Republic. The newest incarnation could hardly be more different: not only is it being produced in an entirely different country, but the blend is a Nicaraguan puro made entirely of AGANORSA tobacco.

That three-viola line is highlighted by a shade grown corojo wrapper that covers a double binder and Nicaraguan tobacco in the filler. The newest version of the San Miguel by Gurkha began shipping to retailers in September packaged in boxes of 20: 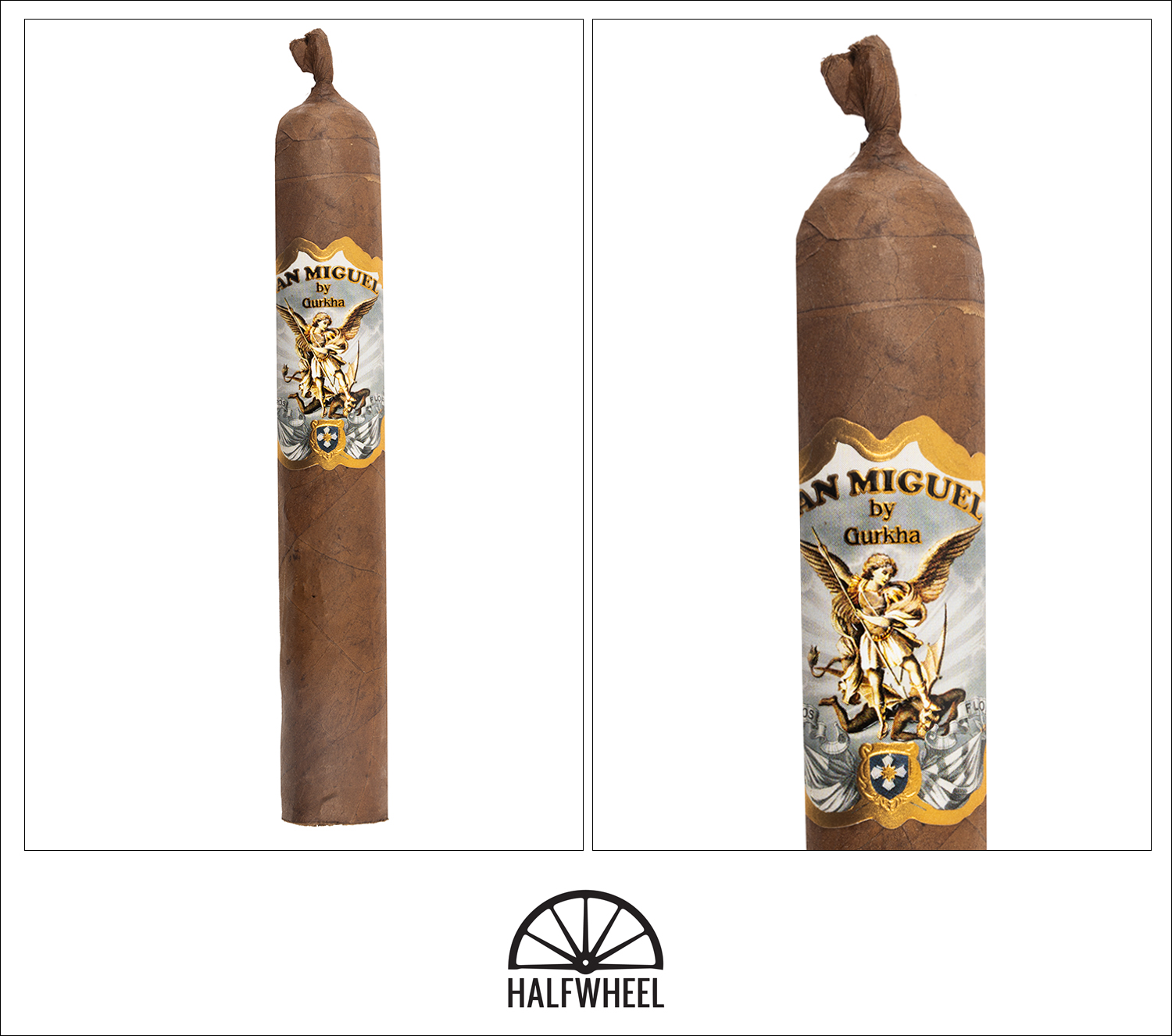 Visually, the San Miguel by Gurkha is covered in a gorgeous-looking milk chocolate wrapper that is silky smooth to the touch, due at least in part to the obvious amount of oil that is present. In addition, there is some mottling as well as a number of small veins, and the short pigtail on the cap is a nice touch. Aroma from the wrapper is a combination of sweet almonds, creamy cedar, leather, manure, dark chocolate and hay, while the cold draw brings flavors of bitter cocoa nibs, creamy leather, peanuts, cedar, coffee grounds, black pepper and a slight marzipan sweetness.

The first third of Gurkha San Miguel features a strong creamy peanut note that is dominant out of the gate, with other flavors of earth, creamy cedar, bitter espresso, baker’s spices, leather and a small amount of floral. There is a slight marzipan sweetness that seems to be taken directly from the cold draw as well as a bit of black pepper on the retrohale, as well as a surprising amount of spice that is present on my tongue as well. Construction-wise, the draw is excellent so far after a v-cut, while the burn is nowhere close to needing correcting and smoke production is massive off of the foot. In terms of strength, the cigar starts out closer to mild than medium, but it does increase enough to reach halfway between the two by the time the first third ends.

An interesting toasted bread flavor replaces the peanut note that was so prevalent in the first third, although the latter flavor is still very obvious as a secondary note. Lesser flavors of cinnamon, creamy leather, earth, espresso beans, hay and a touch of floral flit in and out in various amounts as well, all jockeying for position in the profile. The marzipan sweetness on the retrohale continues at about the same level, while both the black pepper and spice have not faded in any significant way. Unfortunately, the burn begins to falter enough that I touch it up before it gets out of control, while the draw and smoke production remain excellent. Strength-wise, the Gurkha increases enough to come close to the medium mark by the halfway point and seems to still be increasing as the final third begins. In many ways the final third of the San Miguel is a return to the first third: the familiar creamy peanut note easily takes the lead spot, followed closely by additional notes of cedar, hay, dark cocoa, barnyard, leather tack and a touch of cinnamon. The floral sweetness and white pepper are still present on the retrohale, but both are reduced quite a bit compared to the first two thirds, and the spice on my lips is long gone. Fortunately, the burn evens up nicely and the draw continues along its excellent path, while the smoke production continues to be at a level that is well above average. Finally, the overall strength increases noticeably compared to the second third to end just above the medium mark, and I put the nub down with a little more than an inch remaining. I am oftentimes amused by people who dismiss any Gurkha creations out of hand—usually because of “the marketing” or the fact that they are “just too expensive”—especially when it comes to releases like the new San Miguel, which is made up of AGANORSA tobacco and rolled at Tabacos Valle de Jalapa S.A. factory. What I found was a profile that—while not overly complex or nuanced—is full of very enjoyable flavors like creamy peanuts, toast and cedar, along with a slight marzipan sweetness and as well as more spice and pepper than I expected. Throw in the excellent construction and you end up with a very good release from Gurkha that would probably go a long way towards winning over some converts if they would give it a chance.