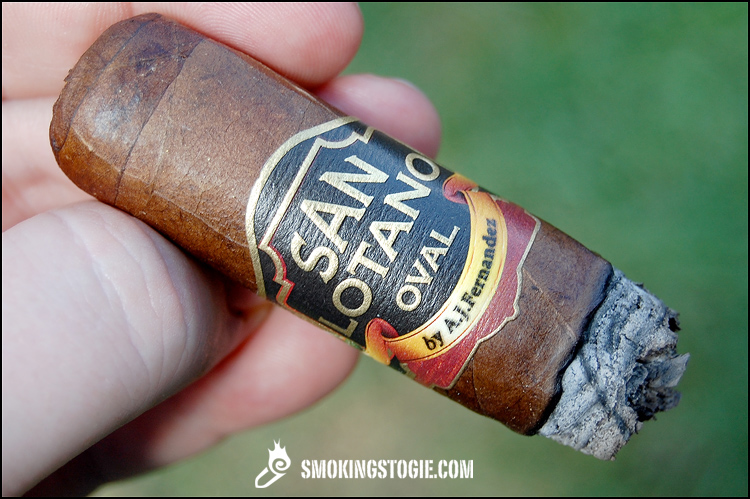 It was almost a month ago that we started our 2011 IPCPR cigar reviews, and we are still going strong, there are so many cigars to find and review that it makes this time of year very time consuming, but fun!

In continuing we arrive at today’s review, the new San Lotano Oval made by none other than AJ Fernandez at his factory Tabacalera Fernandez in Estelí, Nicaragua! Not too long ago I reviewed the San Lotano Habano which was AJ’s first solo nationally distributed cigar and is a cigar that was reborn (so to speak) in that the name was taken from a cigar brand his grandfather created in San Luis, Cuba many decades ago.

Alex Svenson of Cigar.com had spoken to AJ personally about the San Lotano Oval blend and Alex had this to say:

The wrapper is h2000 grown in Ecuador. It is top ligero priming which he has just enough of to jive with the limited release qty. So think ruination wrapper but darker and stronger. He is also using some of that special Honduras stuff from the new region in the filler. Aside from the Honduran filler which is still pretty new, all other tobaccos are at least 4 years old and some up to 7 years aged. He says the cigar is made from a lot of his favorite tobaccos from vintage years and he is very excited about it.

The San Lotano Oval will be available in six sizes and contrary to earlier reports, are being sold in boxes of twenty. Sizes are: The cigar itself is very unique looking, it shows a lot of similarities to the San Lotano Habano I reviewed previously, but it has a much darker shade wrapper which comes from the high priming Ligero they chose to use. The cigar has an interesting shape to it. It’s simply oval (go figure!) with a sort of flat bottom and rounded top, it has a few prominent veins running along the side. It’s slightly toothy but has a smooth feel and an overall leathery look to it. It smells of sweet chocolate, manure and coffee. The cold draw brings on flavors of aged wood, leather and a mushroom type flavor that is very pleasant.

Starting off in the first third the cigar is quite smooth and flavorful right away, I get flavors of coffee bean, leather, dark chocolate and a touch of spice and pepper, its medium body with a long woody finish. 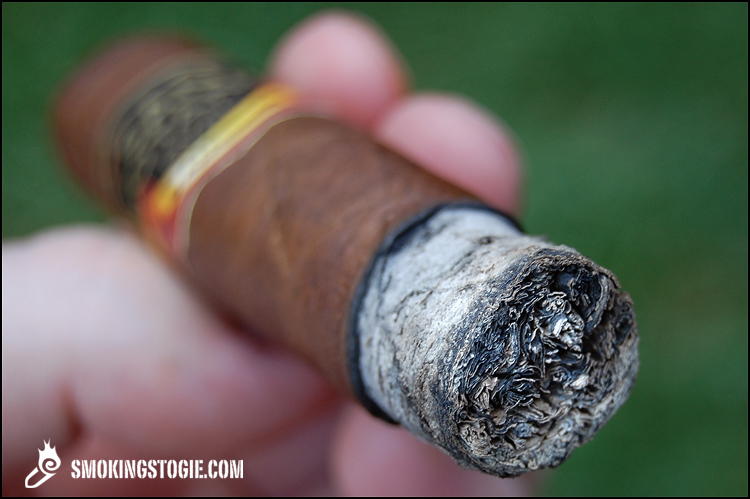 Coming into the second third the cigar transitions nicely, I start to get a nice mellow cedar as well as some dark chocolate, coffee and leather. The spice and pepper is still present and it leaves a little tingle on the tongue and through the nose. There is a touch of nuts, chocolate sweetness and wood on the finish. Great burn, great performance

Finishing up in the final third the cigar switches up again and gets very toasty, there is a real rich nuttiness but it’s a roasted type of nut flavor, there is also a core earthiness, it tastes of wet earth, vegetation and mushrooms. The finish is long and complex with dark chocolate, toasty flavors, earth and leather. The pepper and spice are present as well giving it great balance and complexity. 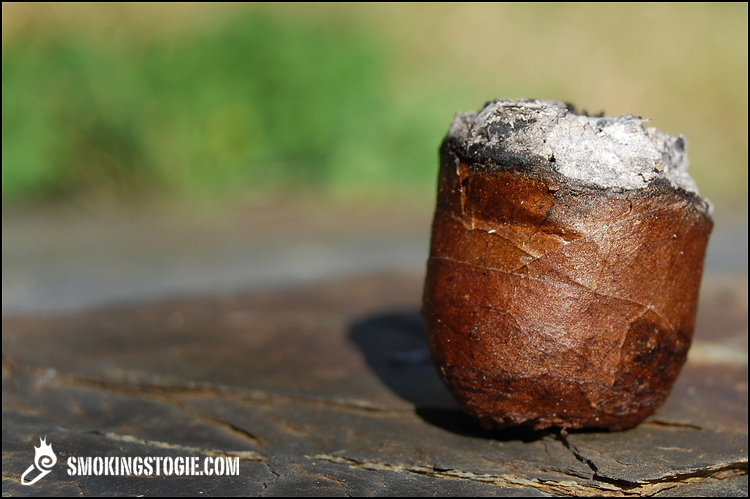 I could definitely see this cigar as being on my top ten list for the year so far, I could say that about the regular San Lotano Habano line, but this takes it even further for me, a great innovative shape, perfect vitola, wonderful smooth flavor profile, a complex and interesting smoke. I will definitely be buying some of these and checking out the rest of the sizes because i was extremely impressed with this cigar.