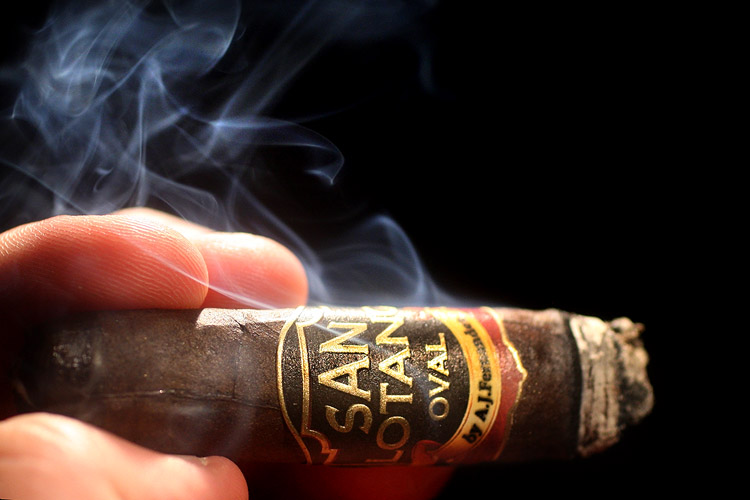 Late in 2011, rumors started flying around the web that A.J. Fernandez would be adding a Maduro wrapped version of its extremely popular Oval line. The new cigars have the exact same filler and binder as the normal Oval, but they replace the Ecuadorian Habano 2000 wrapper with a Habano Maduro one.

The San Lotano Oval differs from the existing San Lotano line as it is blended with “ultra premium aged tobacco. This provides the cigar a very distinguished balance,” according to AJ.

While the Oval Maduro’s wrapper is dark, the wrapper on the regular Oval is quite dark.

The San Lotano Oval Maduro comes in boxes of 20, with five vitolas currently shipped. They are: 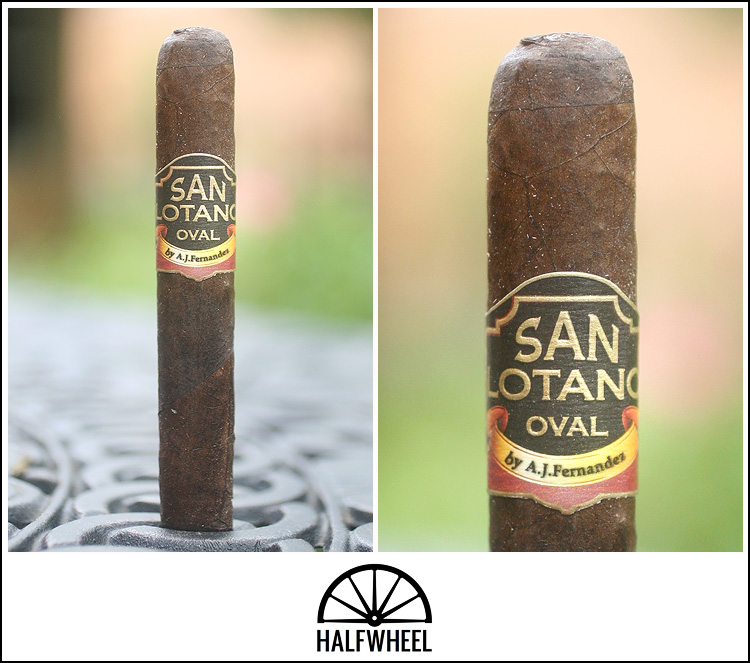 The San Lotano Oval Maduro is impressive to see, if just for the unique Oval box-press. It’s extremely dark chocolate brown and while there are no seams present, the Oval Corona is smooth to the touch. The wrapper smells strongly of coffee, leather, barnyard and pepper. When squeezed, the Oval Maduro is a little spongy, but not enough to cause concern.

The first third of the Oval Maduro starts out with strong black pepper, both in the mouth and on the retrohale, along with a bit of spice on the tongue. Flavors of leather, wood, espresso and earth all combine together at various levels. The pepper dies down a bit after a few puffs, but continues to be strong enough to affect the profile while the spice is almost totally gone by the end of the third. Burn and draw are fantastic. Oddly, the strength is stuck at a low medium so far and shows little sign of getting any stronger. 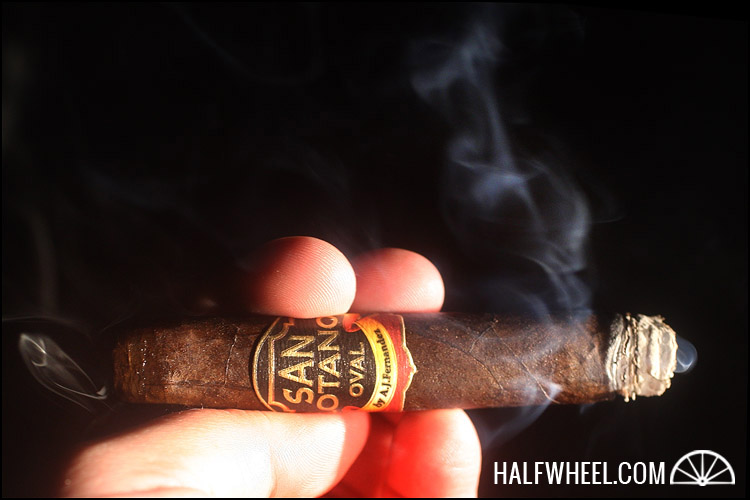 Coming into the second third of the Oval, the pepper is still around as a background note, but not much else, and the spice is long gone. Flavors are pretty much the same with the slightly bitter espresso dominant and other notes of leather and a tiny amount of earth. Construction is wonderful, and the strength increases to a solid medium. 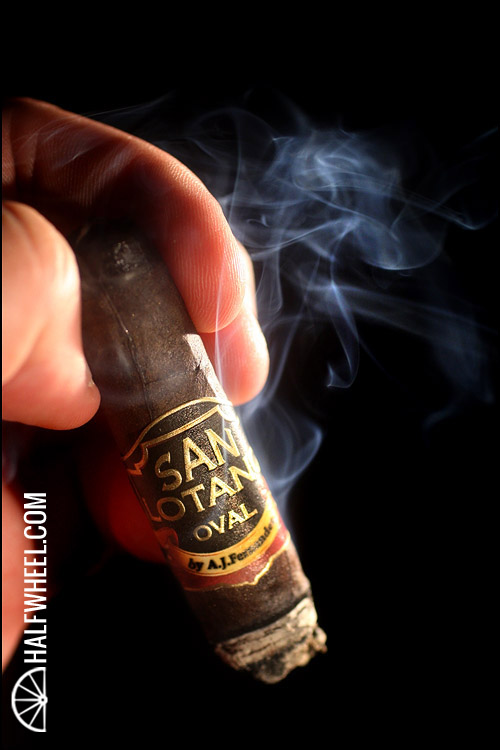 The final third of the San Lotano stays the course both in construction and flavors. Not much change at all, although the spice does come back just a bit stronger right before the end of the smoke. Construction remains excellent to the end, although the cigar does get a bit hot right before I put it down for the final time. 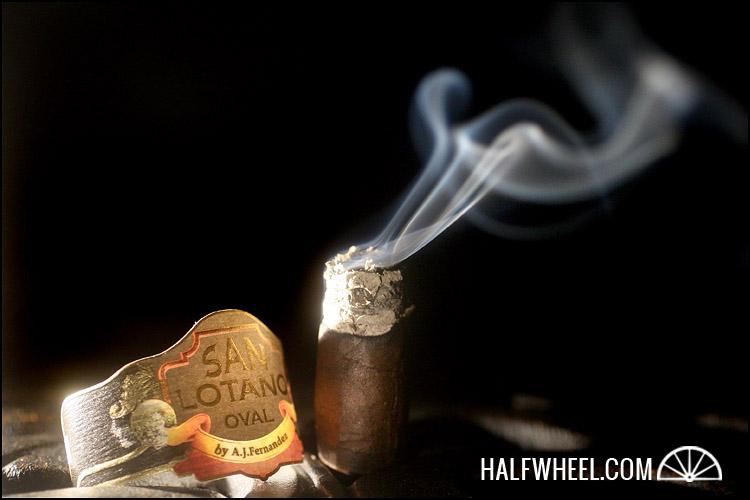 Although this is an good cigar, the Oval Maduro really does pale in comparison to its Habano wrapped brother. Somehow, the Maduro wrapper seems to have taken out much of the complexity and balance that is present in the Oval profile, and replaced it with fairly normal Maduro flavors and a bit more strength. Construction was excellent and there is plenty of smoke, but I just can't give more than a passing recommendation to the Oval Maduro when the original Oval is that much better.