It is the name of the street in Havana where Alberto Yarini, an infamous Cuban ganster, was killed in 1910. As for the cigar, it uses an Ecuadorian habano wrapper, a binder from the Jalapa region of Nicaragua and fillers from Estelí. The blend is offered in a single 6 x 52 box-pressed size. There’s a slight rectangular trunk press on the San Isidro. It certainly is noticeable, though there’s hardly anything close to a 90-degree angle. As for the wrapper, it smells largely of nuttiness and barnyard, though there’s also a very peculiar form of ammonia, not strong, but sharp—reminding me more of the type of ammonia I’d find in my high school science lab. Aroma off the foot is a lot of sweet chocolates, creaminess and nuttiness, i.e. rocky road ice cream with some amaretto. Jasmine rice over some mild floral flavors, a bit of sugar with a touch of pound cake on the finish. It’s certainly close to Cuban, but the San Isidro is missing the twang.

The San Isidro starts toasty with roasted acorns, some creaminess that reminds me of a hollandaise sauce and burnt chocolate chip cookies. The flavor is mild, but my biggest issue is the smoke flow to the mouth, which is relatively minimal. Flavors eventually develop into a medium intensity mixture dominated by earthiness surrounded by minerals, some sweet lemon, nuttiness, sugar cookies and cayenne pepper. There’s not a ton beyond the earth on the initial flavor in the mouth, thought the nuttiness and cayenne both make their presence known in the finish. Strength is medium-full, but the body and flavor are both medium. Earth dominates the mouth as the second third gets going. There’s breads in the front and some black pepper on the back, but the retrohale provides most of the flavors. It’s creamy and salty with sourdough bread, buttermilk and a milder rendition of the black pepper. A noticeable transition takes place shortly after the halfway mark with some San Peregrino flavor and peanut shells added. The mouth also adds an interesting salty and Cabernet flavor, akin to a freshly deglazed brown butter pan. I need to touch up the cigar to prevent it from going out, while the smoke production decreases. It’s still earthy, though the San Isidro is taking on a different kind of earthiness. The burnt butter from the second third continues, now joined by toastiness, some almond butter and a sweet flavor that reminds me of a floral perfume. As for the finish, it’s predictably earthy, though there’s some grass that isn’t present on the upfront flavors. I’m a bit surprised by just how strong the HVC has gotten as all three samples end within the full category, which is a bit out of whack considering the medium-plus flavor and body. 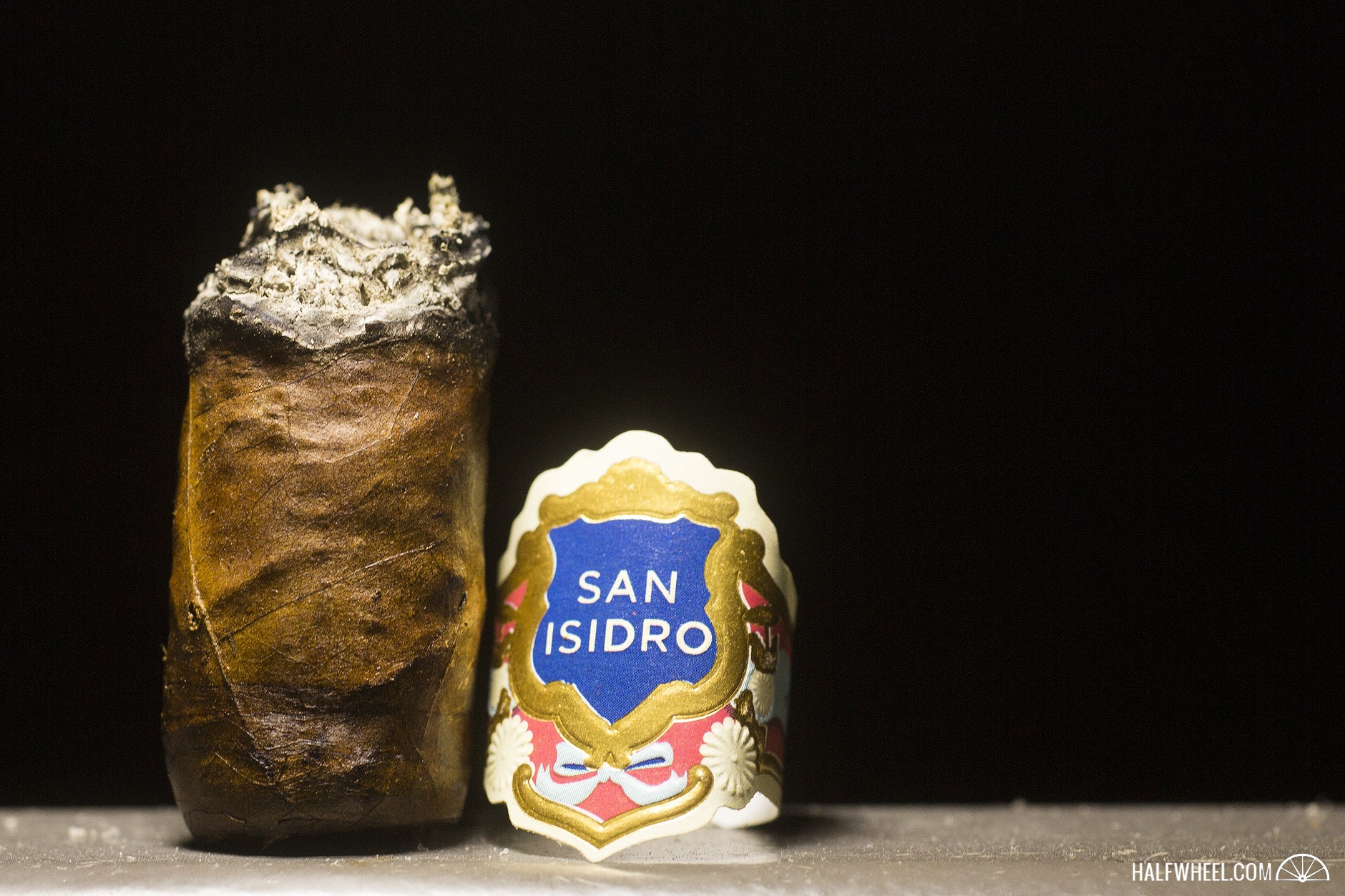 While there is no harshness, I feel like San Isidro could use some time. It delvers rich and complex flavors, but it requires a lot of work to dig through the earthy core. This certainly lacks some of the balance and vibrancy that I’ve come to expect from HVC Cigar Co., which in my opinion is putting out some of the best cigars on the market for a brand of its size. This is certainly on the shortlist to redux in six months, though I imagine the flavors will be in a much better spot in less than that.