The cigar was once again a project with My Father Cigars S.A. in its Estelí, Nicaragua factory, where other San Cristobal blends and the La Aroma de Cuba line are both made. This new release uses an Ecuadorian habano wrapper over Nicaraguan binder and filler that comes from the García family’s farms in the country.

With the release of Quintessence, the San Cristobal roster now includes an eponymously named cigar, as well as Elegancia, Revelation and the limited edition Ovation, which seems likely to get a new size each year. 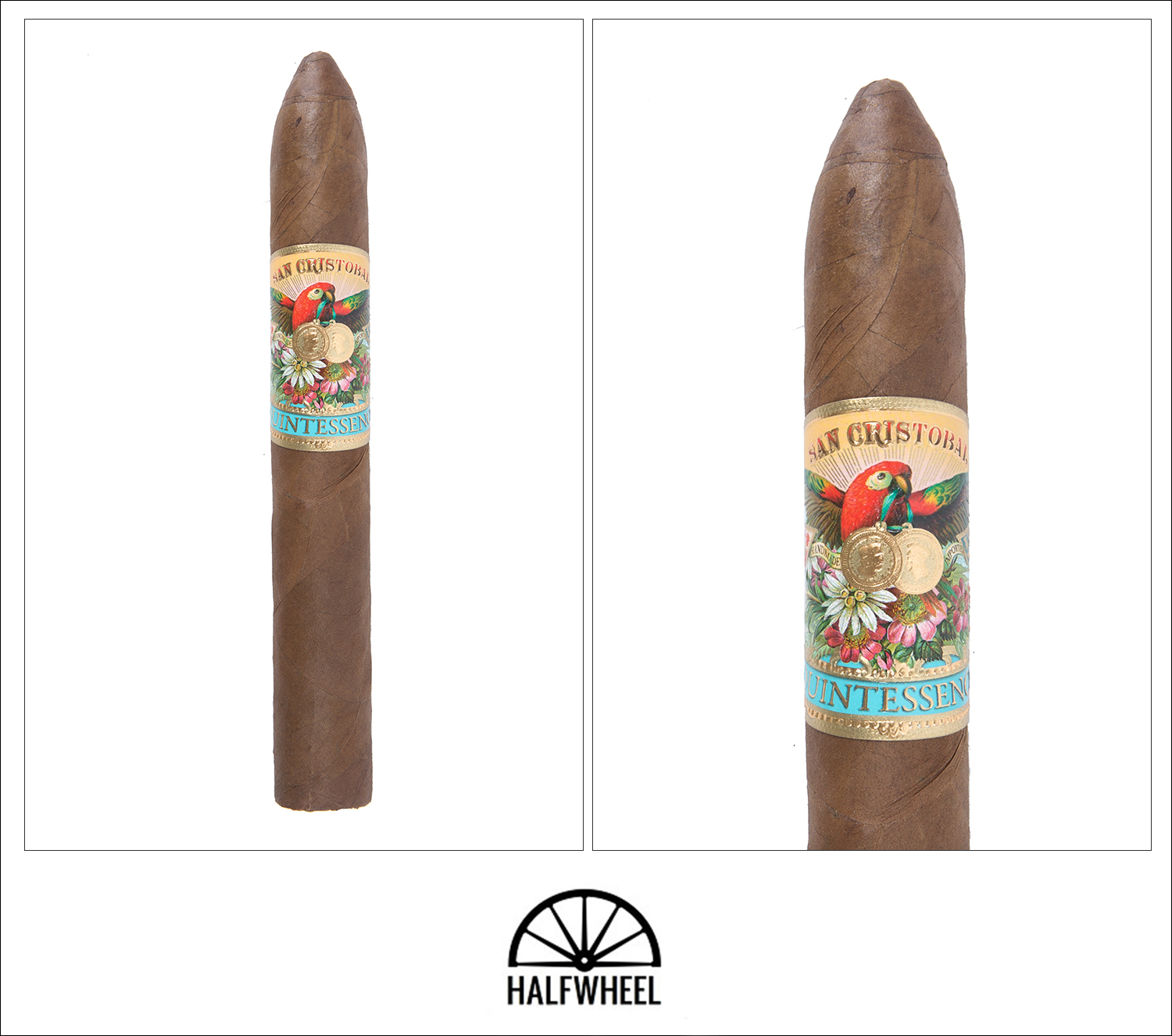 The Quintessence is a well rolled and fairly firm cigar in the hands, and the vibrant band commands most of the attention away from the wrapper, which is a matted brown sugar color with a fair amount of veins, tooth and visible seams. There are also a number of bumps under one sample in particular, as the fairly thin leaf can only do so much to hide what lies underneath. The aroma of the foot is surprisingly bright and doughy, and it’s hard to pin down the exact flavors other than a bit of mandarin and a thick chili sauce. The cold draw is firm and completely different from the aroma, as it has a thick note of peanut butter, wheat bread and some powdered chocolate, with just a faint sensation that conjures up baking spices or mild pepper.

The senses don’t have to search far to find pepper in the San Cristobal Quintessence, as it jumps right off the cigar after it has been lit and gets to business on both the tongue and nostrils. Behind that, the draw is a bit firm and offers notes that a mix of thick wheat roll and dry lumber, which enhance the pepper but keep it from getting too heavy, while also suggesting just a bit of sweetness that can take a Fig Newton turn on occasion. As with most cigars, too fervent puffing doesn’t do the Quintessence any favors, turning the smoke rough and slightly irritating, a not-so-subtle reminder to slow things down a bit. The sweetness has shifted into a bit of creaminess, while a very quickly dissipating campfire note hits the senses after each puff once the first clump of ash departs. A bit of sweet wheat bread crust comes in gets the cigar into quite an enjoyable and flavorful place, letting the underlying notes to this point mesh together without overpowering amounts of spice or pepper. 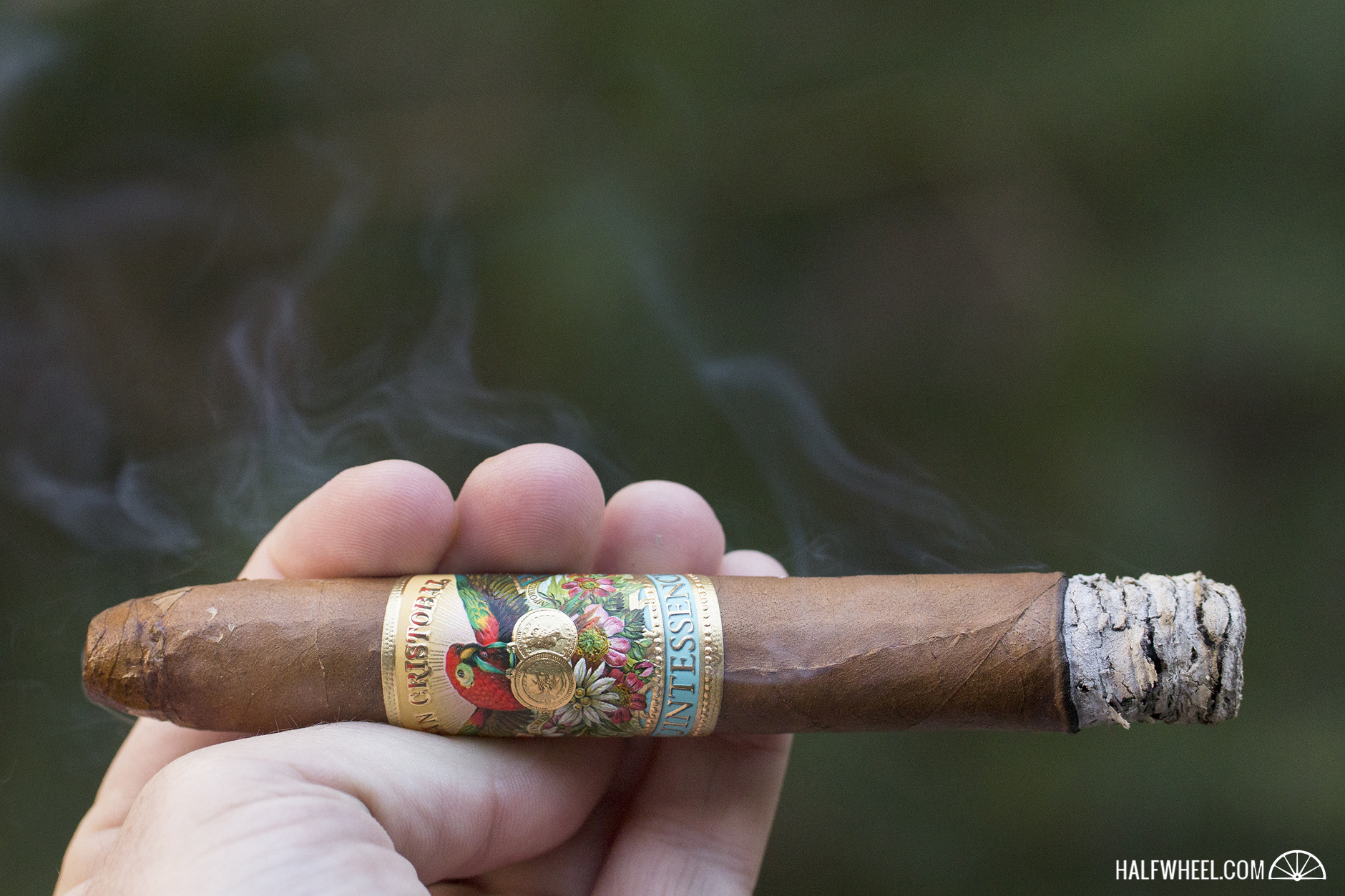 At the start of the second third, the pepper in the Quintessence comes rushing back, quickly livening up the profile but much like at the start never getting overly heavy. There are fleeting tastes of sourness and metal in certain samples and puffs, neither of which is welcomed on what has been a decent flavor journey so far. The profile gets a bit more robust at the midpoint as black pepper wrestles control of smoke, which results in more impact on the tongue and nostrils. It’s a profile that stays with the cigar through much of this section, though the sour metal taste does come back on occasion as the burn rate slows quite noticeably, necessitating the occasional relight. While the blend flirts with being full-bodied, it stops just short for my palate and hovers right at medium-full in terms of flavor and strength and the occasional sweetness helps to soften the rougher spots, as it is thick and syrupy at its best, conjuring notes of good sarsaparilla or the previously mentioned Fig Newtons. 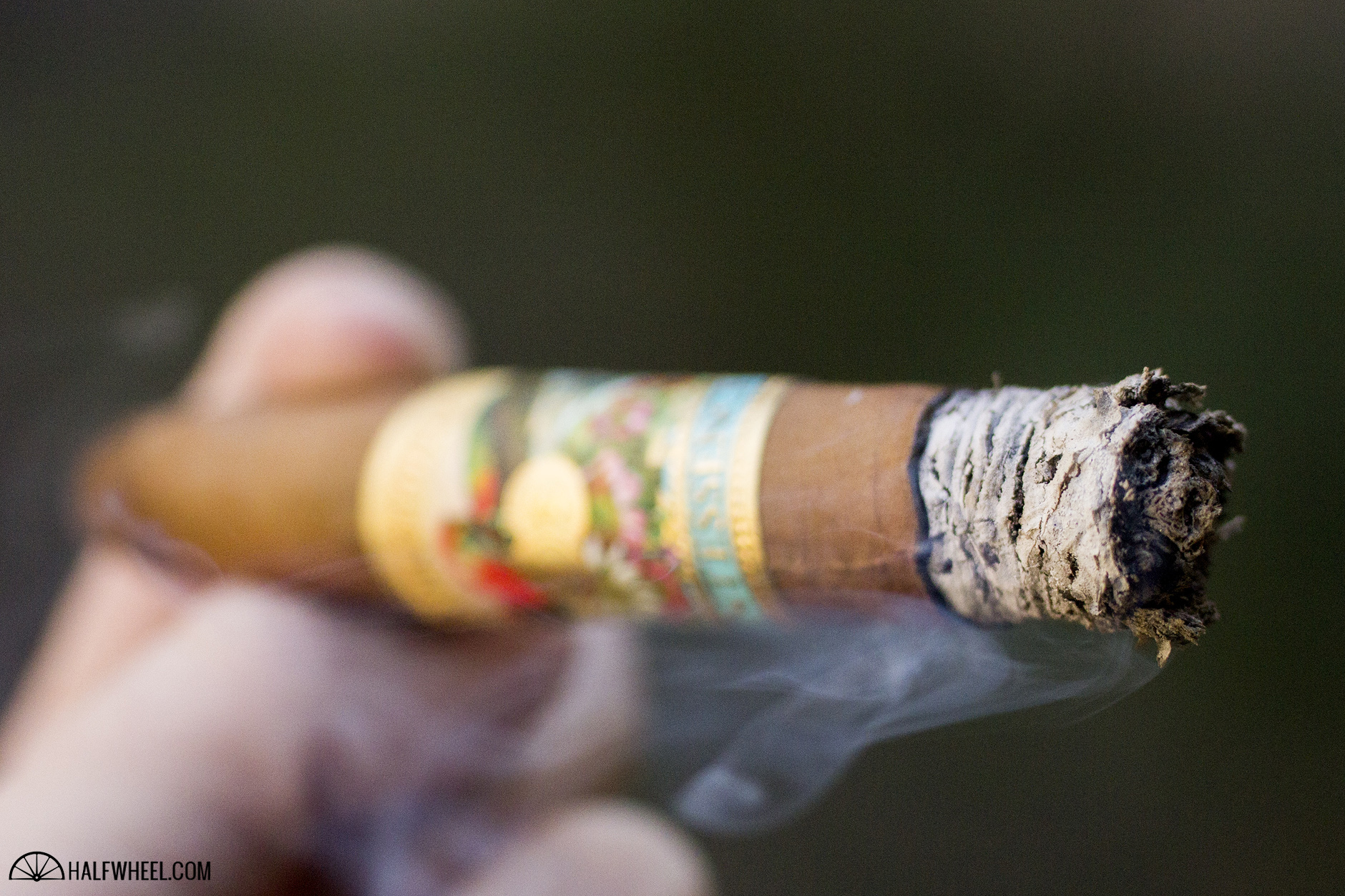 The San Cristobal Quintessence Belicoso continues its now slow crawl into the final third with an interesting complexity that offers a good bit of pepper as well as spicy popcorn and kettle corn sweetness. The profile stays pepper driven and gets a bit of chalk added in with about two inches left, providing a sharp turn to the palate as well as some sharpness in the back of the throat. Burn issues remain a challenge in one sample, forcing a few relights as the cigar has become uncooperative fairly quickly. The finish turns on me a few times, getting much rougher and slightly bitter as it settles into the back of the throat, while burn issues hamper things even more and necessitate a number of relights before the cigar must finally be put down amidst an air of futility and frustration, as the better samples show a very enjoyable robustness with bright top notes of light smoke and warm, dried fruits with a warm and doughy pretzel flavor joining in for support. 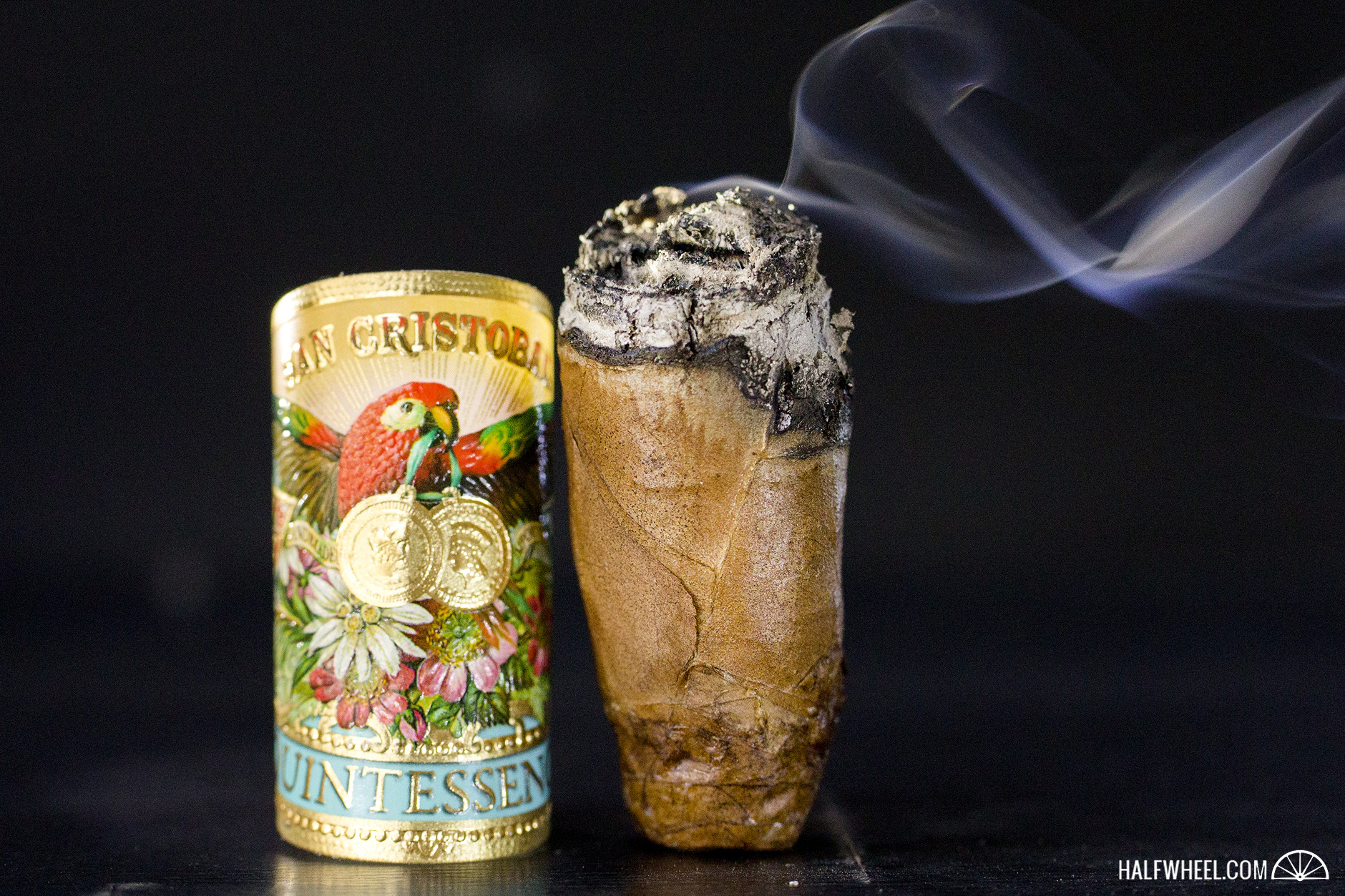 I have to admit that I don't smoke many of the San Cristobal blends these days, something largely attributable to the big ring gauges that have dominated many of the most recent releases. With the Quintessence, the blend takes on a fairly robust and pepper-driven profile that can get a bit rough at times though also finds itself redeemed by thick sweetness that range from fig to lighter dried fruits. Other than the touches of sourness and metals that plagued one sample, I can't say there's much to complain about with this blend assuming you're not shy about spending some time with a pepper-forward, medium-full blend.