A little over six months after we broke the story on Sam Leccia leaving Oliva Cigar Co., he returns with Sam Leccia Cigar Co. Personally, I would have assumed that his non-compete would have been a bit longer, In addition to a website, there’s a press release outlining his first line, dubbed “Debut.” Three sizes:

Blend is a mix of Nicaraguan, Honduran, Ecuadorian and Dominican tobaccos. No word on when this will be released, factory or price point, but he is taking orders. More info at his website: samlecciacigarco.com.

Updated (May 30, 2011) — Leccia has said that he will use American-made cardboard boxes. No word on the Honduran factory, but we should know in less than a month, given that’s the targeted release date, of the already sold-out cigar. Leccia has also said that he plans on placing “collector’s cigars” in one of twenty-five boxes, essentially he’ll place a limited edition cigar that is unavailable for purchase in place of ONE of the normal cigars. 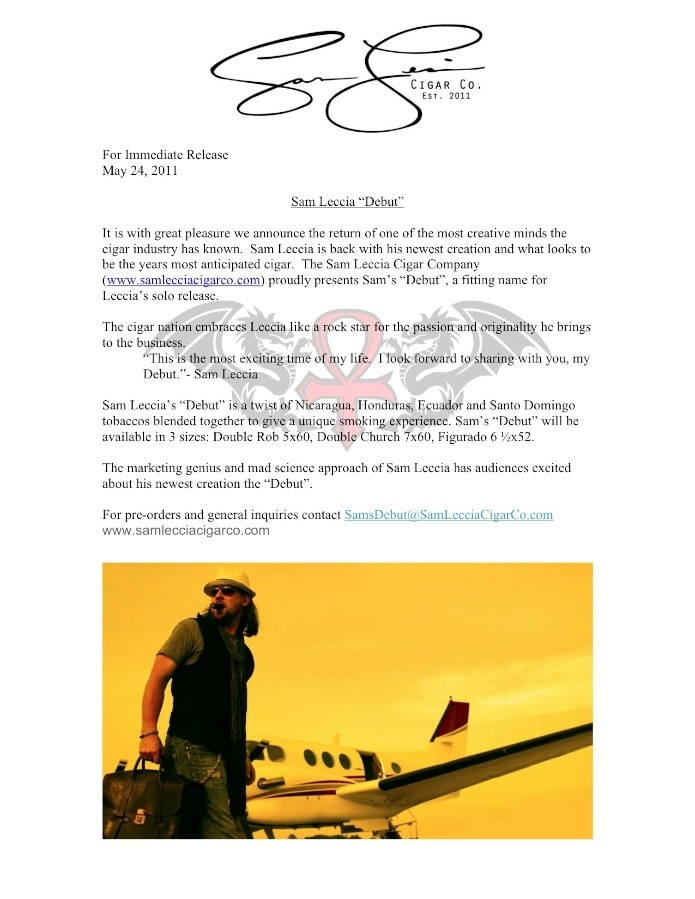