While some regions of the world have received many different Edición Regional releases from Habanos S.A. over the years since the program debuted in 2005—think Asia Pacific, Spain and Switzerland—Peru has only been given one: the Saint Luis Rey Incas.

The Edición Regionals program can be summed up nicely in these two paragraphs:

Interestingly, the Saint Luis Rey marca has had only four different Edición Regional releases thus far, all from different regions: Covered in a golden brown wrapper that is parchment rough to the touch as well as devoid of any obvious oil, the Saint Luis Rey Incas features a number of veins running up and down its length. The two bands combine to take up close to half of the available real estate on the cigar and it is quite spongy when squeezed. Aroma from the wrapper is a combination of manure, hay, cinnamon, leather, earth and sweet cedar, while the cold draw brings flavors of orange cream, earth, nutmeg, peanuts and white pepper.

Starting out this first third, the Saint Luis Rey Incas features strong lemongrass and creamy peanuts as the dominant flavors, followed closely by notes of espresso beans, dark chocolate, hay, earth, nuts and a slight floral note. There is a noticeable vanilla sweetness on the finish, but it is contrasted by a spiciness on both the palate that is surprisingly strong. Both the burn and draw are excellent so far, with the latter being the real standout, while smoke production is about average for the vitola. Strength-wise, the Incas shows no signs of anything aggressive, ending the first third just north of the mild mark. While the dominant flavors continue to be a combination of lemongrass and peanuts in the second third of the Saint Luis Rey Incas, the spice on my tongue has also become a bit more obvious. Other notes of hay, espresso beans, cocoa powder, leather, anise and slight floral flit in and out as well, while the vanilla sweetness on the finish increases just a little. Construction-wise, the burn gets poor enough that I am forced to touch it up once, while the draw remains just as good as it was in the first third. The strength increases enough by the end of the second third to hit a solid medium, although it seems content to stay there as the second third comes to an end. 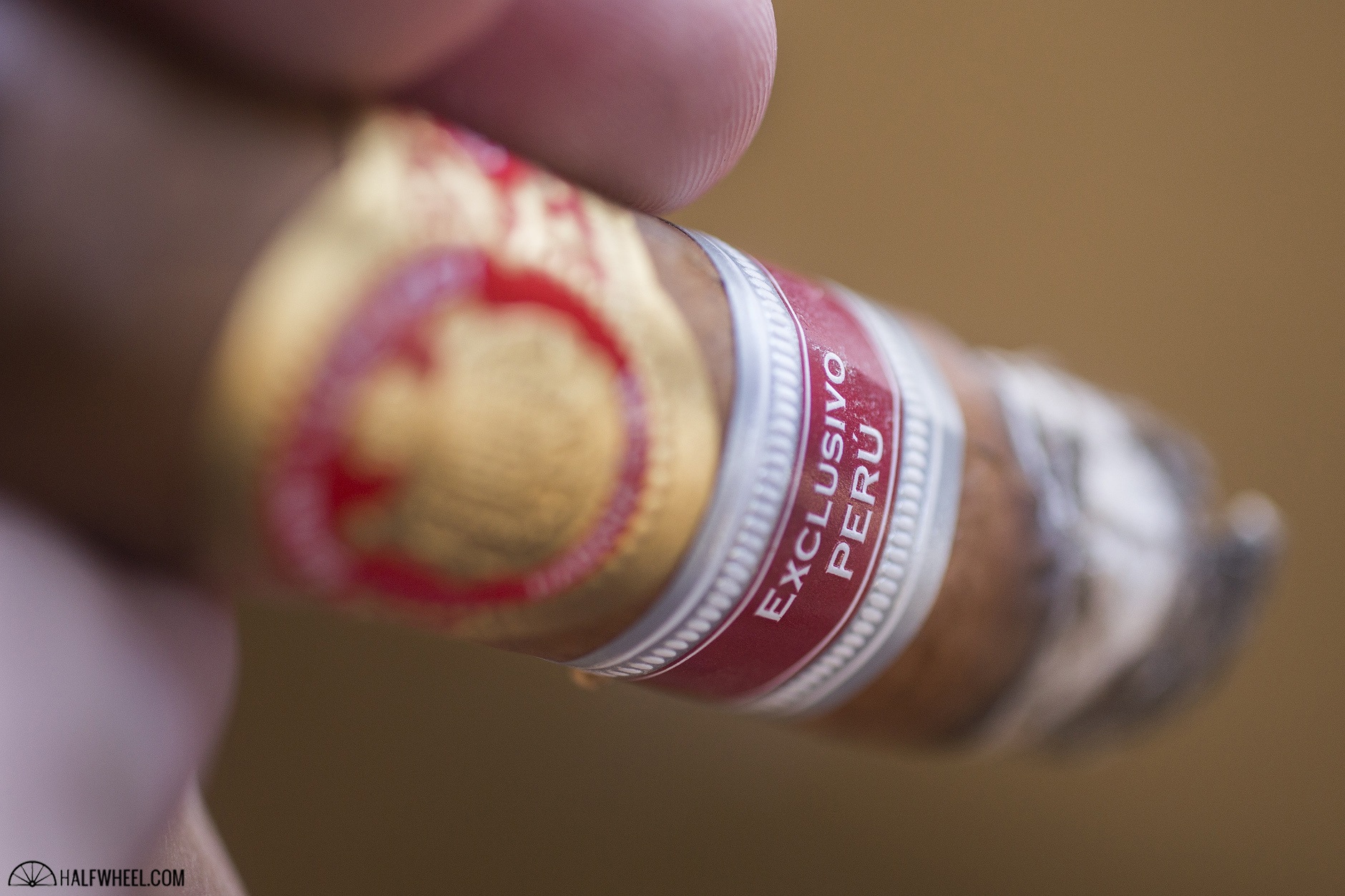 The profile really starts to hum in the final third of the Saint Luis Rey Incas, with flavors of mint, cloves, creamy peanuts, leather, earth, lemongrass, almonds and toast all mixing together nicely. The vanilla sweetness from the third two thirds is stronger now, seemingly bolstered by the decrease in spice on the palate and it really makes a positive impact on the overall profile. Thankfully, the burn has evened up nicely and draw continues to be excellent, while the smoke production remains at about the same level. Finally, the strength barely budges from where it ended up in the second third, meaning it ends up firmly in the medium range by the time I put the nub down with a little less than an inch left. There are only a handful of cigars I review that I wish were longer, and the Saint Luis Rey Incas is definitely one of them. The final third is easily the best in terms of flavor as well as complexity, and it seems to be getting really, really good just as it ends. Having said that, the rest of the cigar has no absence of flavors, most notably a combination of creamy peanuts, lemongrass and distinct vanilla sweetness. I never smoked this cigar when it was fresh, but at this point in its life it is well worth tracking down, especially if you are looking for a shorter stick with tons of flavor.