The Altadis U.S.A. website lists 20 different brands, which is more than I would have guessed the company currently offers, though I don’t find the number surprising. Some of the brands you’ve undoubtedly heard of, such as Montecristo, Romeo y Julieta; some you are likely to remember, Aging Room, Henry Clay; and some others—Las Cabrillas?—I didn’t even know existed.

Saint Luis Rey is one of those brands that is easy to forget is part of Altadis U.S.A.’s massive portfolio. It’s not one of the company’s better-selling lines and, as such, it doesn’t receive much attention. Though like the company has done with brands like Henry Clay and Trinidad, Altadis U.S.A. is trying to inject a bit more life to Saint Luis Rey in the form of an all-new line.

It’s called Carenas, a reference to Puerto de Carenas, the previous name of the Port of Havana. It uses a Nicaraguan wrapper, a Honduran broadleaf binder and Honduran fillers. 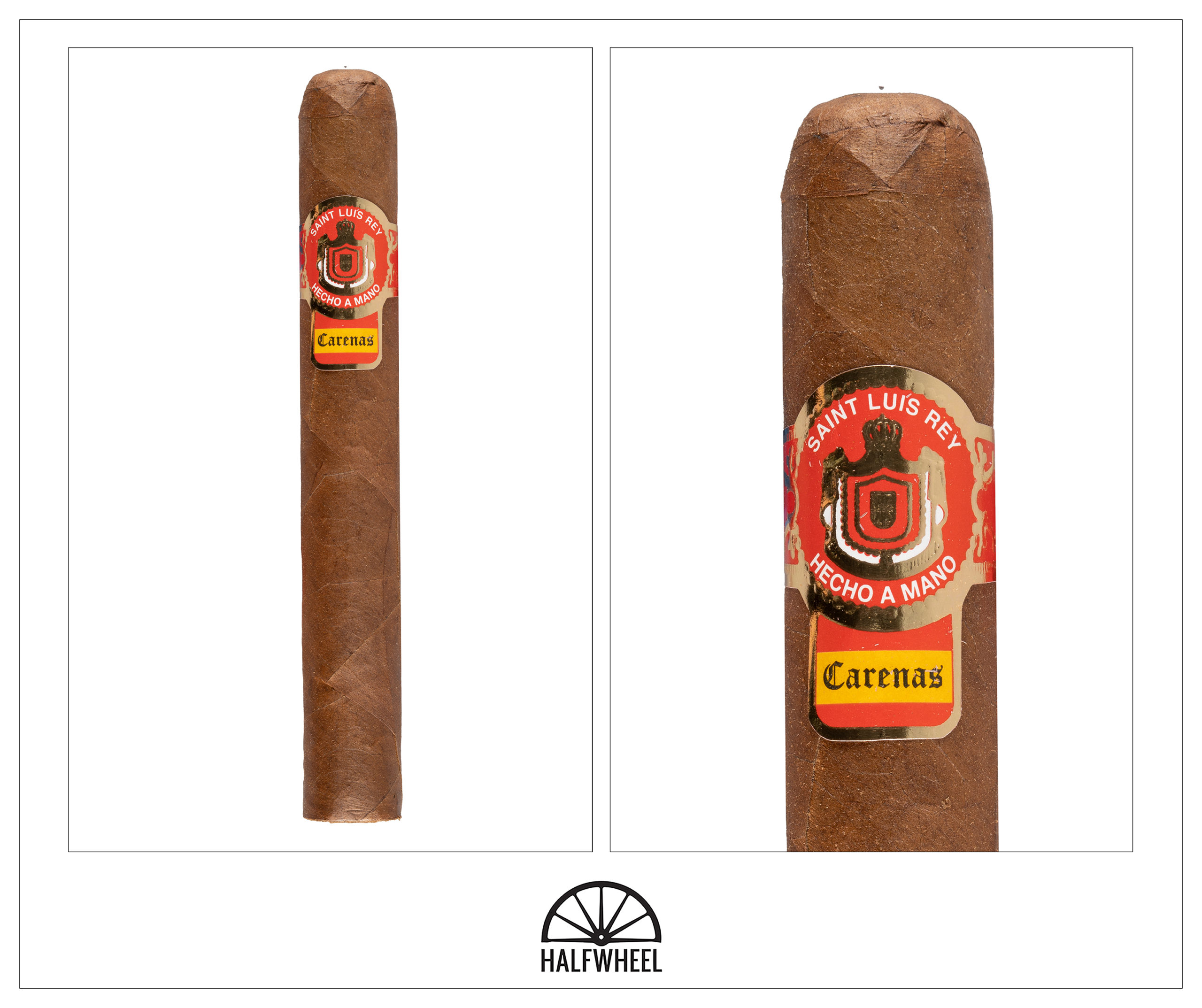 My first thought upon seeing the Saint Luis Rey Carenas is that I can’t remember when the last time I smoked any Saint Luis Rey was, but especially the non-Cuban versions. As such, I’m not really sure what I should be expecting, but the wrapper is just slightly lighter than average and the cigar seems well-rolled. The aroma from the wrapper is medium-full with a large chocolate sensation over nuttiness and acidity. As I take further sniffs of the wrapper, the acidity becomes more and more prominent. The foot is full, with chocolate over some red pepper and acidity. I don’t look up the specs of a cigar while I’m in the process of smoking it, but my notes read, “not going to be surprised to find out of this is Honduran or Nicaraguan.” The cold draw is medium-full in terms of intensity, muted cocoa, fruitiness and acidity; the latter is a combination that reminds me of POM Wonderful. One sample has a mild sensation that reminds me of paint that is a bit buried in the cold draw.

Much like with the look and smell of the cigar, I’m not sure what to expect, but the initial flavor wasn’t what I was expecting: it reminds me of an older Liga Privada No. 9 blend. There’s this distinct, deep woodiness and cocoa mixture that starts the cigar, followed quickly by some pepper and hickory. It’s only one puff and it’s not identical to a Liga Privada No. 9, but it does immediately trigger those memories. As the cigar develops, nuttiness is the most prominent flavor, though there’s a pretty potent mixture of secondary flavors including floral flavors, acidity, creaminess, saltiness and an artificial coconut. The Carenas finishes with nuttiness, cedar, acidity, cocoa and some roasted flavors. Retrohales have earthiness, liquid smoke, sweet green apple and artificial coconut. The finish of the retrohales is more of a trailing off—liquid smoke and nuttiness—though it’s got a great velvety texture. Flavor is full, body is medium-full and strength is medium-full. My one real complaint with the Saint Luis Rey Carenas is the burn, which doesn’t go out during the first third, but does seem to be closer to going out then I’d like it to be. As such, I’m having to pay more attention to it, which is a shame given how nice the flavor is.

At some point, the flavor morphs and I’m not sure it’s for the better, though things are still good enough that I sort of lose track of time while smoking through the Carenas. There’s earthiness over creaminess, nuttiness, herbal flavors, generic fruity sweetness and leather. As the last bit of smoke is leaving my palate, there’s some irritation. It’s not a classic pepper sensation, but it’s also not a harshness. The finish has some of that irritation, but there’s more nuttiness and bread flavors than harshness. One cigar has grassiness, which helps things. Retrohales have bread, raspberry, grains over secondary flavors of floral flavors, cedar and saltiness. In many ways, this tastes Cuban. It wouldn’t be the greatest Cuban cigar, but the flavor mixture is reminiscent of many Cuban cigars I’ve had, including some enjoyable ones. The finish is a lot more pedestrian with nuttiness leading dryness and bread sensations. Flavor is full, body is medium-full and strength is close to medium-full. Once again, the one issue I have with the cigar is that it struggles to stay lit. Unfortunately, two of the cigars in the second third need touch-ups, while one sample is able to avoid needing a touch-up but only because I’m babying it. One of the Saint Luis Rey Carenas Toros reminds me distinctly of the Grandma’s brand of oatmeal raisin cookies. While those notes present themselves on the other two, it’s not as alarmingly similar. Otherwise, there’s some generic nuttiness and earthiness. The finish isn’t the most exhilarating, offering a milder mixture of nuttiness, leather and creaminess. Retrohales are unique with nuttiness and lime over cedar, black pepper and white pepper. They also finish with a lot of meaty characteristics along with cedar, leather, black pepper and a touch of sugarcane. Flavor is medium-full, body is medium-full and strength is medium-full. Touch-ups are needed to help the combustion, which remains my only real frustration with this cigar. If you asked me to name the Altadis U.S.A. brand that was most likely to produce a great new cigar in 2021, Saint Luis Rey would have likely not been on the list. The list would have been Montecristo, Romeo y Julieta, Trinidad, H. Upmann, Henry Clay, Juan Lopez or Gispert. I’d also have pointed out that VegaFina and Aging Room are not what I consider “Altadis U.S.A.” brands. The problem for Saint Luis Rey is that I would have forgotten that it—like Don Diego and Por Larrañaga—is part of Altadis U.S.A. The Carenas is one of the best cigars I’ve had from Altadis U.S.A. with one notable issue: it struggles to stay lit. Flavor-wise, there’s a bit of everything: bold flavors reminiscent of Nicaraguan powerhouses, more delicate flavors reminiscent of sweeter Cuban cigars, and lots of woodiness and nuttiness to tie it together. Like the products or not, Altadis U.S.A.’s factories are known for making cigars very consistently, and if La Flor de Copan can keep this cigar consistent, it’s probably the best cigar the company is selling today, burn issues included.