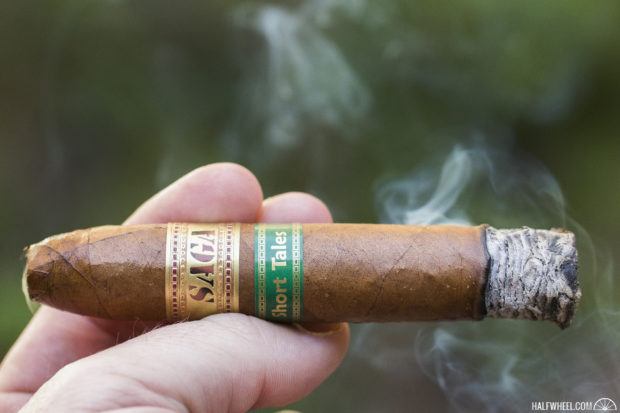 In 2016, De Los Reyes Cigars launched an ambitious project for its Saga brand, a 10-installment line of cigars that would be packaged in books and sharing the title Saga Short Tales.

The first cigar in the line was called Tales of High Priming, a short, stout and strong cigar. For the second release, the line focused on a region of the Dominican Republic called Cotuí, which is located in the Cibao region in the northern part of the country. Cibao, with some 3 million residents, is not only the most populated region in the country, but it is regarded as the most fertile land that the Dominican has to offer, which when combined with the waters of the Yuta River, make it an ideal place to grow tobacco.

The wrapper for the cigar comes from the Cotuí region, leaves grown by Monika Kelner, whose last name should be instantly recognizable as she is the daughter of Davidoff’s Henke Kelner. Underneath that is an Indonesian Sumatra binder and a filler that includes Dominican negrito and piloto leaves and Connecticut broadleaf. Measuring 4 7/8 x 52, the torpedo is longer and skinnier than its predecessor, which measures 4 x 58. 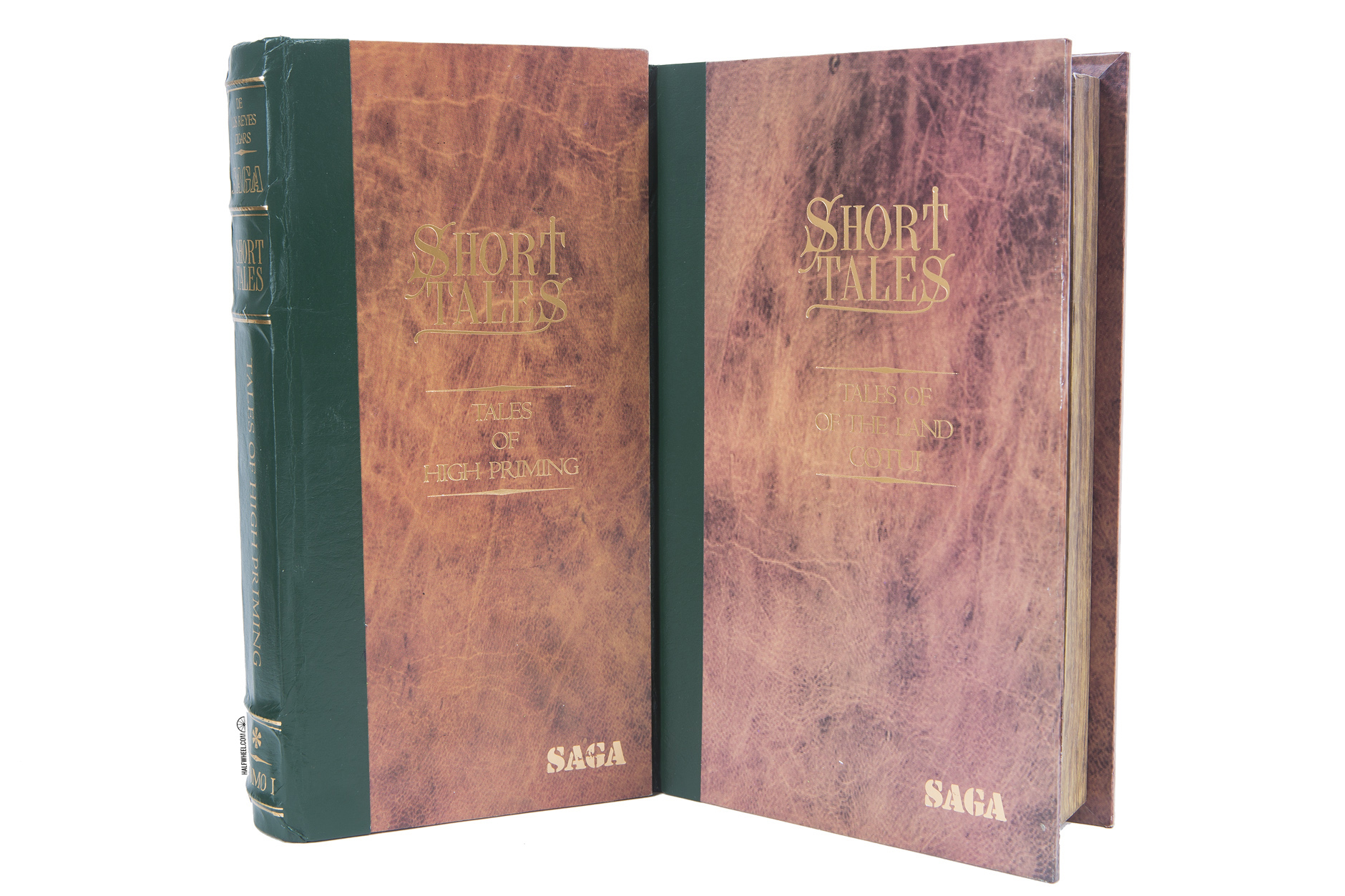 It is packed in 10-count boxes that are dressed up as books, with a mottled brown cover, green binding, and even some pages on the inside covering the cigars.

Here’s what I said about the Saga Short Tales: Tales of the Land Cotuí when I reviewed it in March 2017:

Tales of the Land Cotuí might be billed as a lighter cigar than Tales of High Priming, but don’t let that fool you into thinking its a pedestrian cigar; once lit the cigar offers a good amount of flavors, aroma and strength for the senses to dive into, and those who retrohale frequently will be rewarded with a more complete experience from this cigar. I’d love to see more flavors for the tongue as there are spots where it feels a bit ignored, though thankfully there are a good number of spots where it gets treated to some clean, dry flavors that play well with the abundance of pepper that the nose gets. I haven’t had the chance to smoke the first Saga Short Tales release, but I can safely say that the second is a solid addition to the collection. 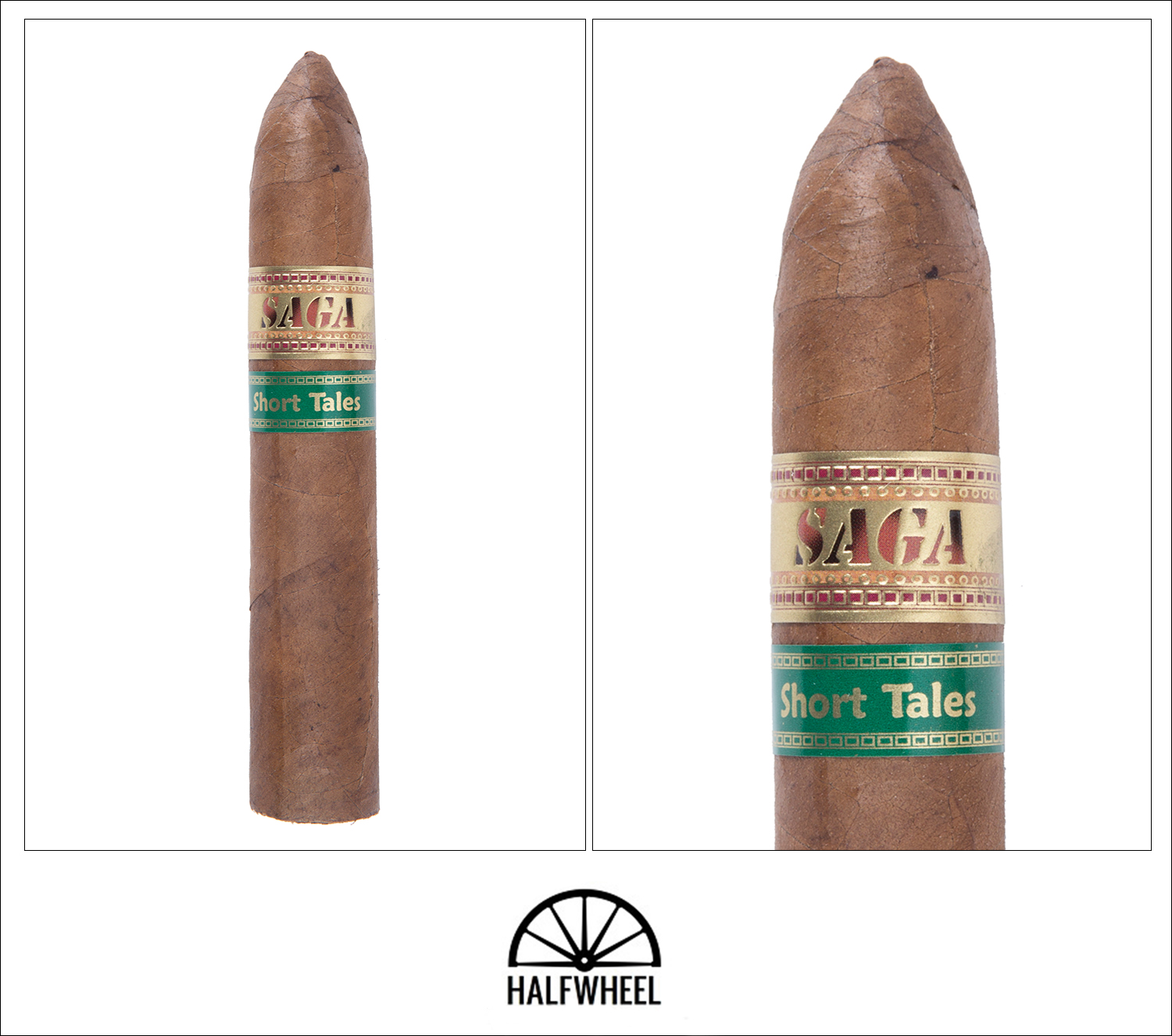 In my original review, I commented that the Saga Short Tales: Tales of the Land Cotuí reminded me a bit of a short Cuban belicoso fino, and that holds true still. The pointed head comes to a soft peak with gentle curves and a slight manipulation of the tobacco that creates a very small flap. The entire cigar is rolled well and shows no visible seams or imperfections, with the roll being firm enough that I might call it outright hard, though I’ve felt other cigars more deserving of that descriptor. The foot is fairly mild with touches of wheat and hay, capped off by a bit of buttery sweetness. The cold draw leans more toward popcorn, again with the butter complement, and offering a bit more intense experience than what the nose received.

The Saga Short Tales: Tales of the Land Cotuí starts off on a fairly mild note with more of the wheat note, though the sweetness is gone and replaced by a bit of pepper that starts to reframe the profile. The profile picks up a bit of dry peanut butter before the one-inch mark, similar to what you might find in the convenience store snack packs, before unfolding a more complex and developed version of it that hangs around for a few puffs. If anything, the nose is treated to an extended stay, as retrohales show an oaky depth with minimal amounts of pepper. The cigar holds fairly steady at medium levels of flavor and body through the first half, while not showing a ton of strength and the occasional subtle flavor change. The burn, smoke production and draw have all been quite good, though the cigar seems to burn on the slow side, much like it did when I first smoked it. 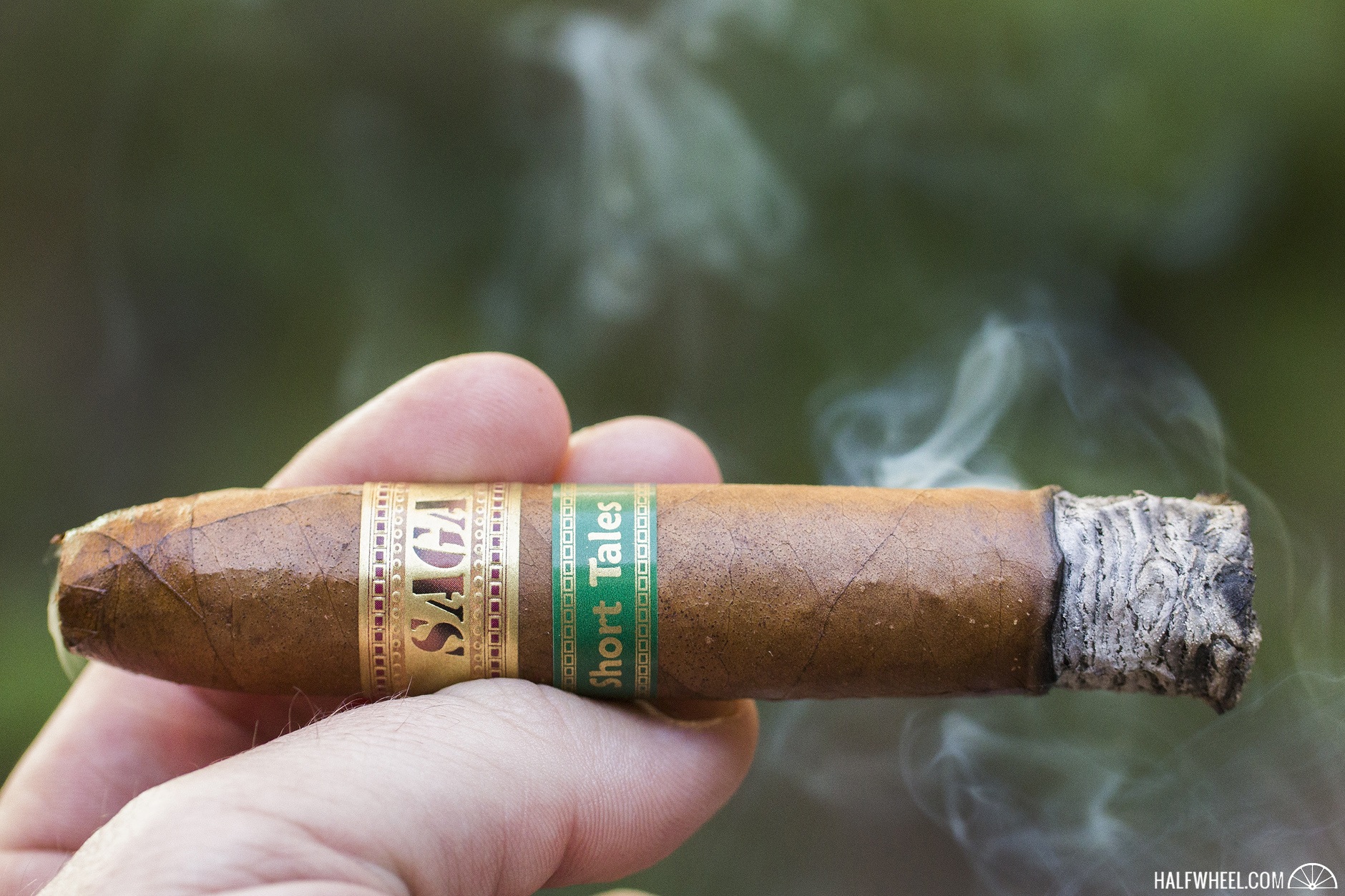 The peanut butter note continues to dart in and out of the profile, and I will say without hesitation that the flavor is much better when it is there than when it is absent. There’s also a minimal amount of pepper, which in some ways seems odd given the profile of the blend, but is far from a detractor as there is more than enough going on otherwise to keep the senses engaged. There isn’t much else in the way of changes until the cigar gets past the bands, when a bit of mint turns into a bit of a metallic twinge, before fading away and the cigar is able to finish with a bit of char on the final puffs, which come along at just over 90 minutes since the cigar was lit.

While I'm hesitant to call Tales of the Land Cotuí a great cigar, it has held up well with nearly a year-and-a-half of age, showing many of the same flavors that I remember while also mellowing in a few spots and showing the first signs of age. All of the flavors are very enjoyable, if a bit lacking in richness at times, while the draw, burn and smoke production are solid. It's a shame that the Saga brand doesn't seem to be very well-known among U.S. consumers, as the Short Tales line is impressive both in packaging and performance and would seemingly find a way into many more humidors than it's likely in currently.