A new collection of 007-themed S.T.Dupont accessories has hit the market via the Davidoff online store as well as Davidoff of Geneva — since 1911 retail locations. 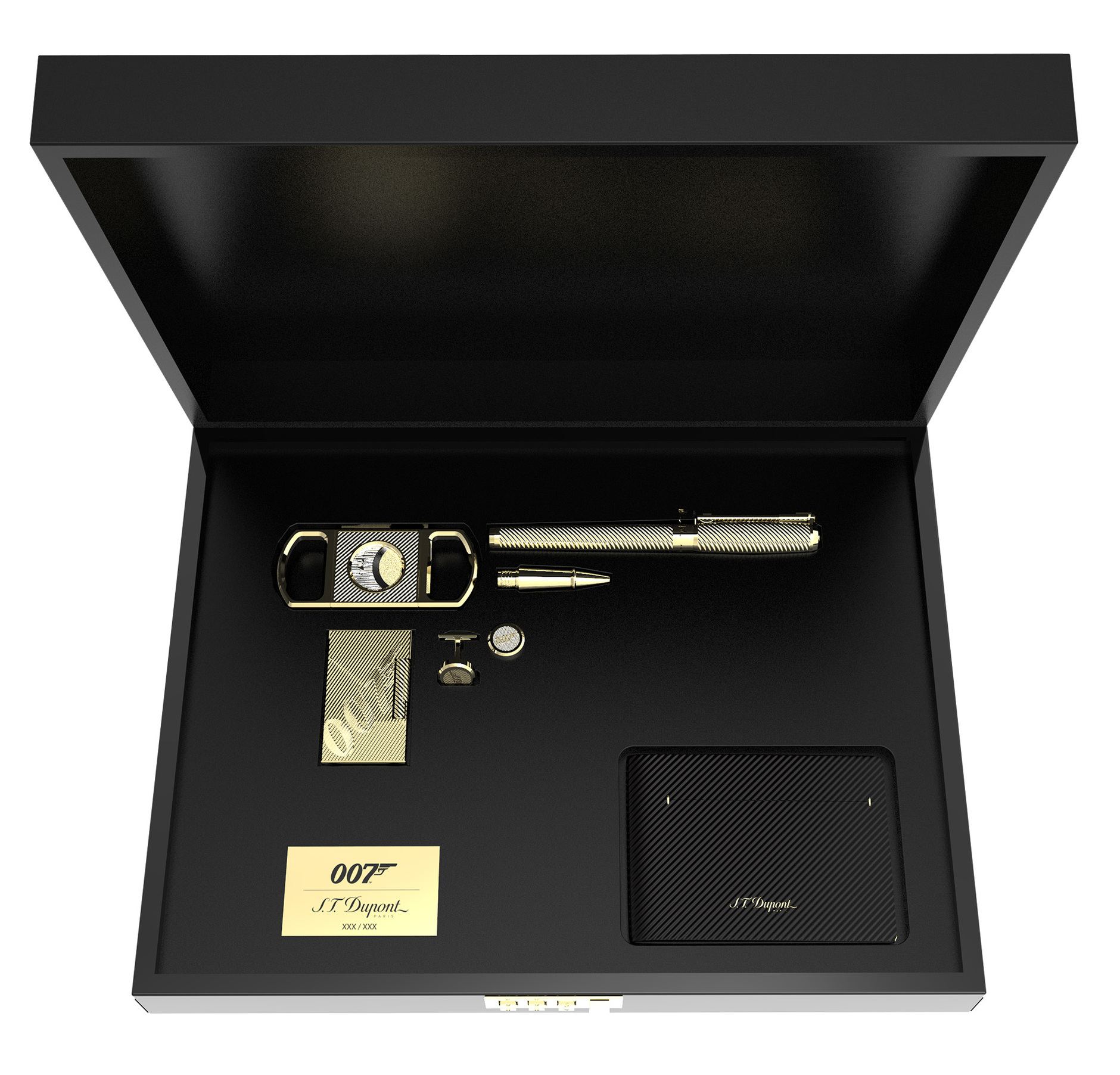 The French accessories maker has released several new cigar accessories and related items that bear the 007 logo, headlined by a limited edition collectors set that includes a Line D pen, lighter, cigar cutter, cufflinks and an extra roller nib. The accessories are packaged in such a way that pays tribute to Bond’s Walther PPK, with only 400 sets produced, each priced at $5,660. 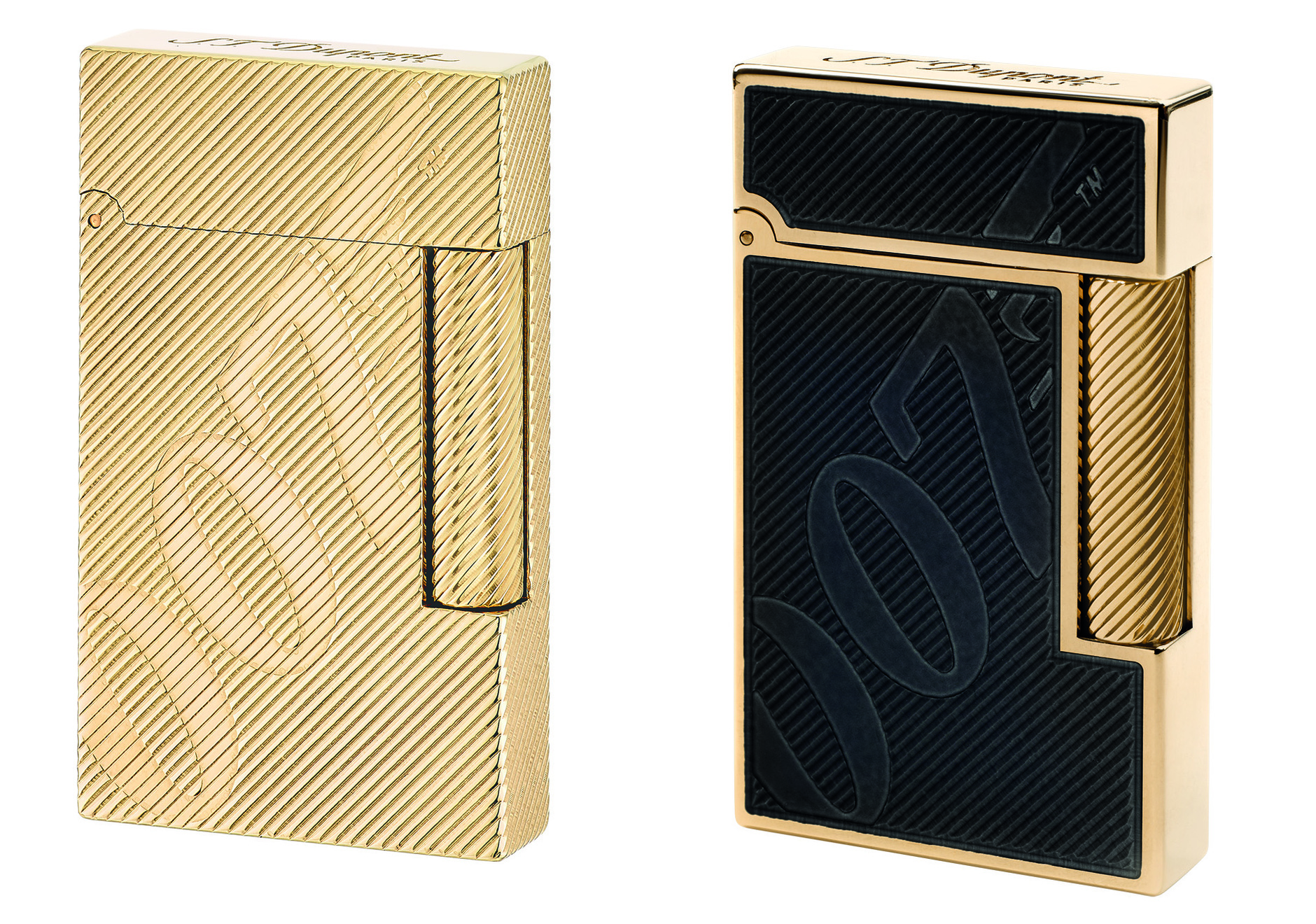 Also in the line are two styles of the Ligne 2 lighter, one in pale gold ($1,826) and the other in black lacquer ($1.965). Each lighter is limited to 1,962 pieces, a number that celebrates the year of release of the first James Bond movie, Dr. No. For those who prefer a torch lighter, the single-flame MiniJet is being offered in PVD gold or matte black finishes, each priced at $200. To complement the lighters, a cigar cutter is also being offered in gold guilloche, priced at $404.

While the initial launch includes most of the pieces, the full collection is expected to be available by early fall.