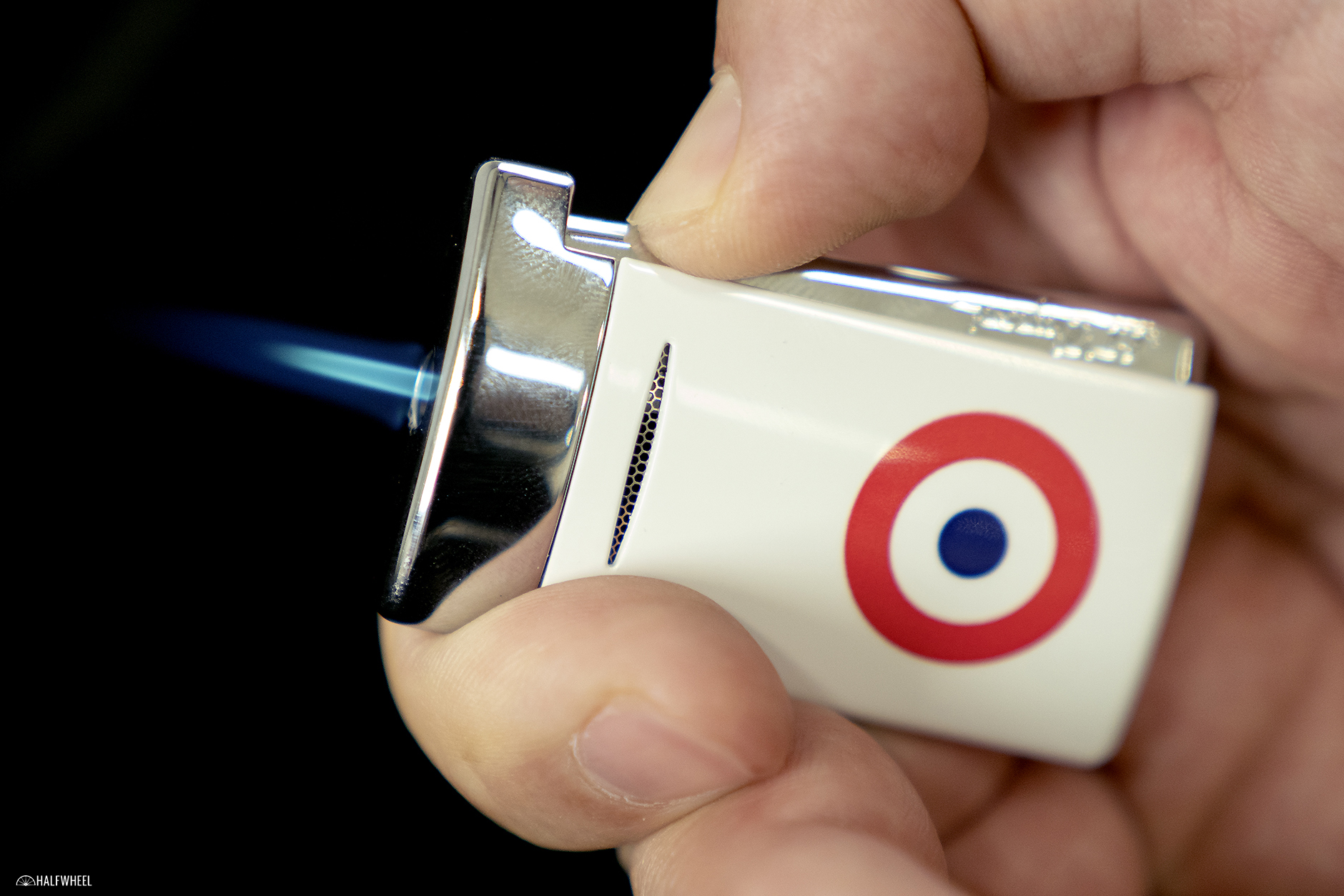 In our technology-driven world, we have seemingly got accustomed to product launches and then a series of updates. Certainly one of the most common examples is our computers and phones; there are the updates to their operating systems, the apps they run, and of course the hardware itself, each one attempting to fix or improve something from the previous version, or at least convince the consumer that their experience will be improved by having the latest and greatest.

One area where this doesn’t often get mentioned is in cigar accessories. It does happen, of course, with a mechanism getting replaced or retooled, ergonomics being changed, or one material being swapped out for another. But it seems to hardly get mentioned, usually, the new versions just show up on store shelves with the occasional “NEW!” graphic added.

But in September 2021, S.T.Dupont announced that it was releasing the third version of its popular miniJet lighter, which seemed to borrow from the design language of the larger megaJet, while also updating some of the mechanics of the miniJet.

I should first note that the S.T.Dupont megaJet is a flat flame torch lighter whereas the miniJet is a more standard, long and skinny flame. But as for the mechanics, the new miniJet extends the ignition level all the way to the bottom of the body, instead of stopping just short the way the previous version did. It also modified the air intake slots both in design and by adding two strips of active charcoal that are designed to filter out impurities from the air coming into the lighter. 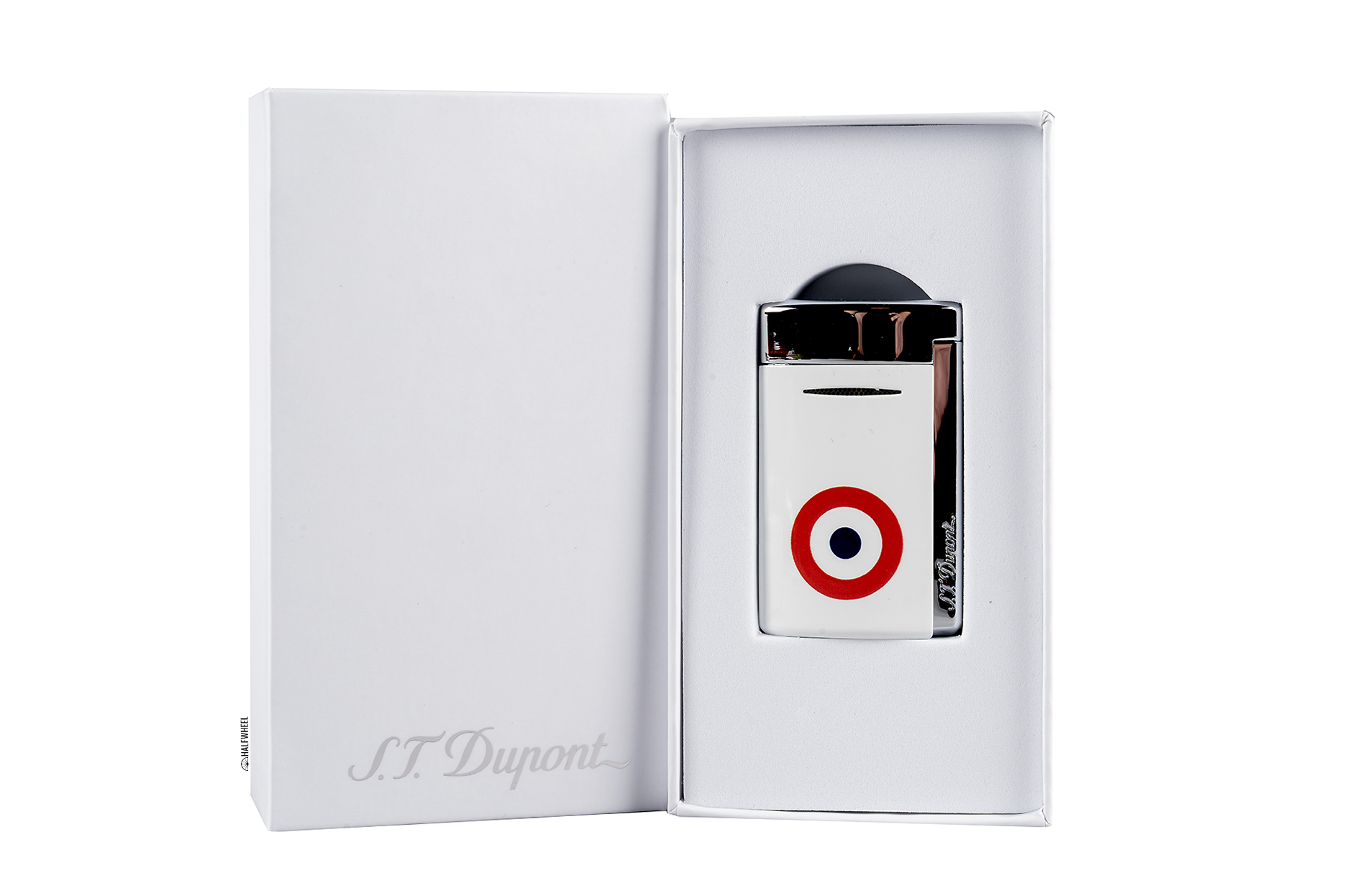 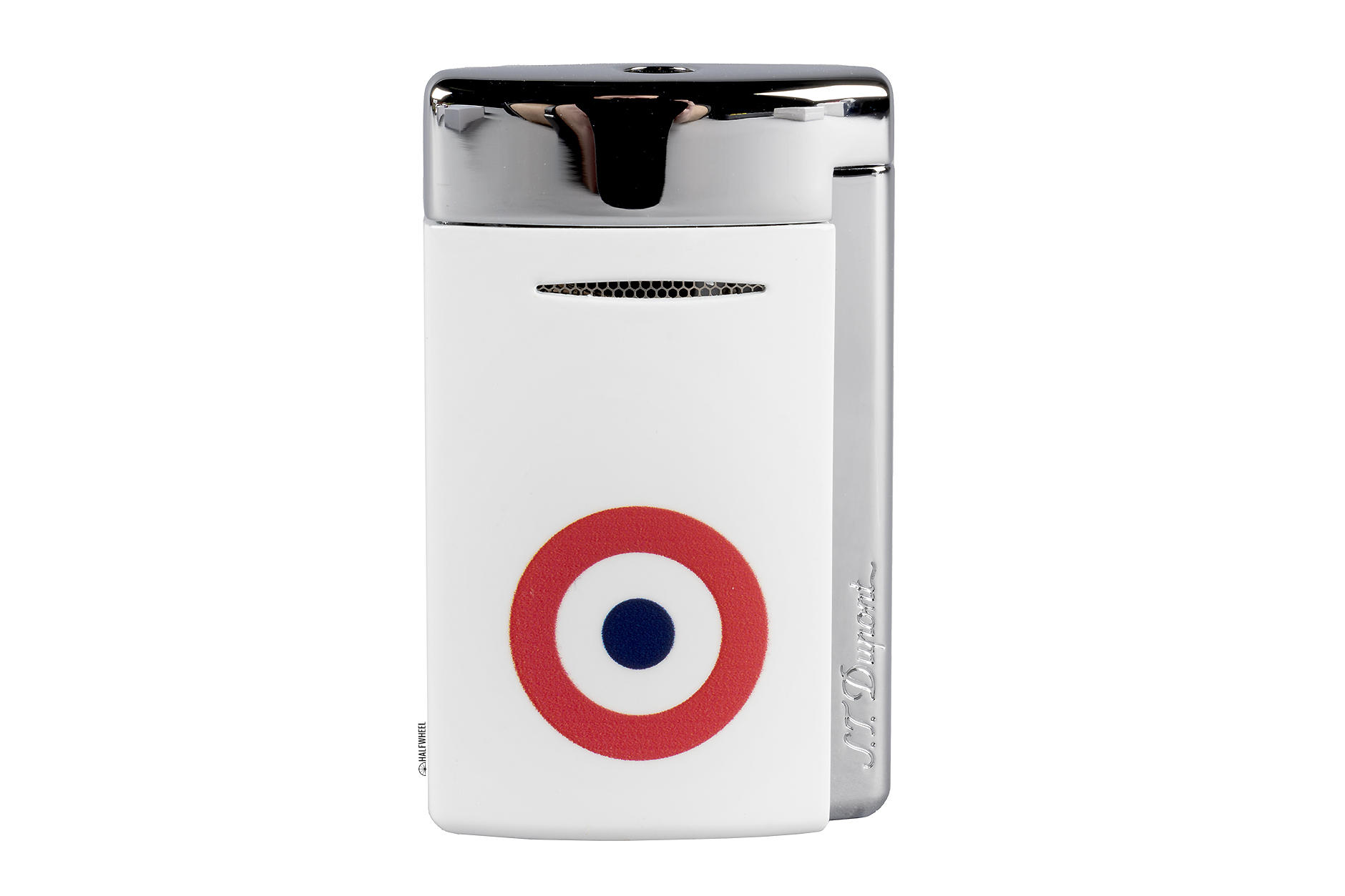 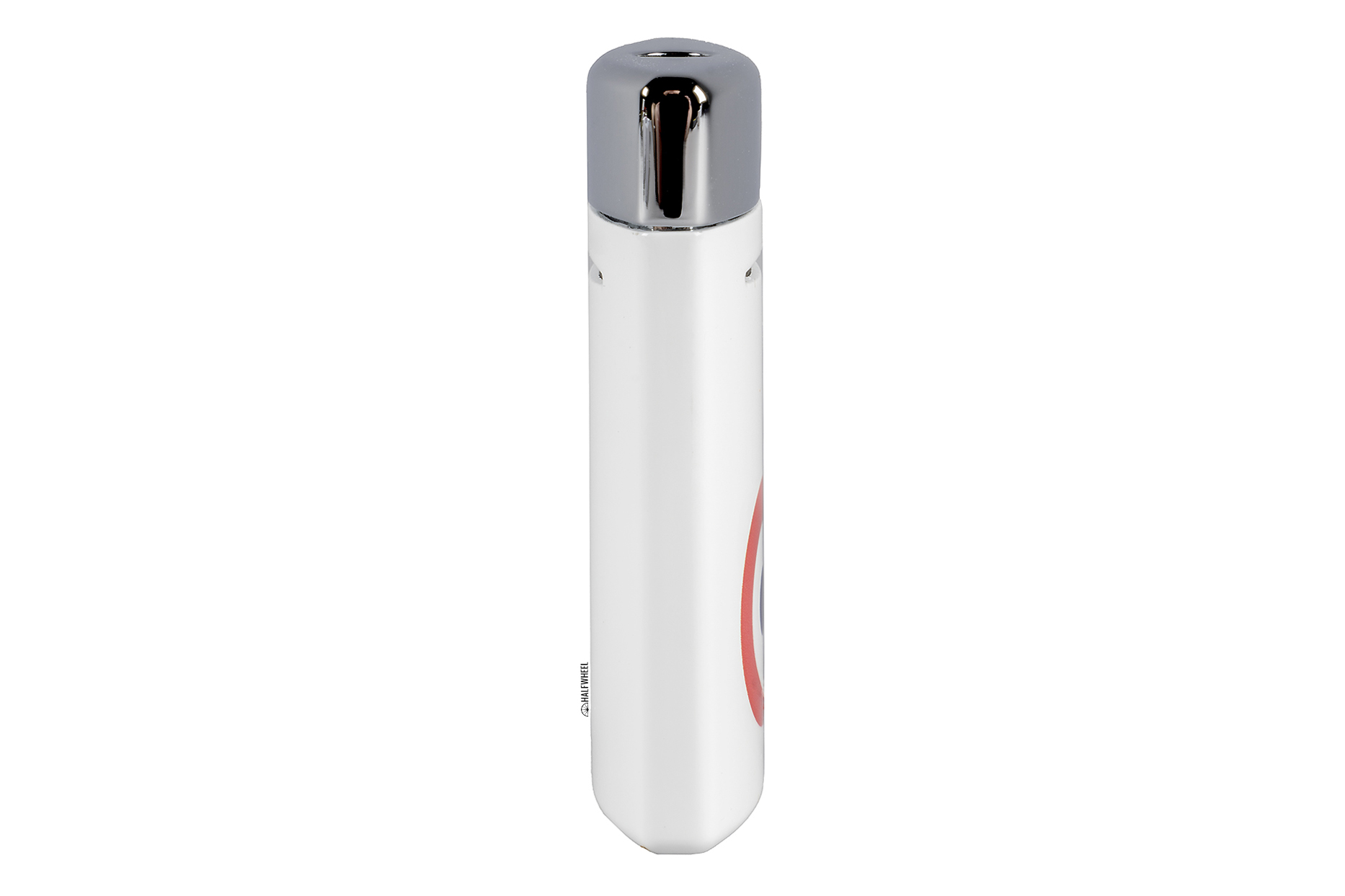 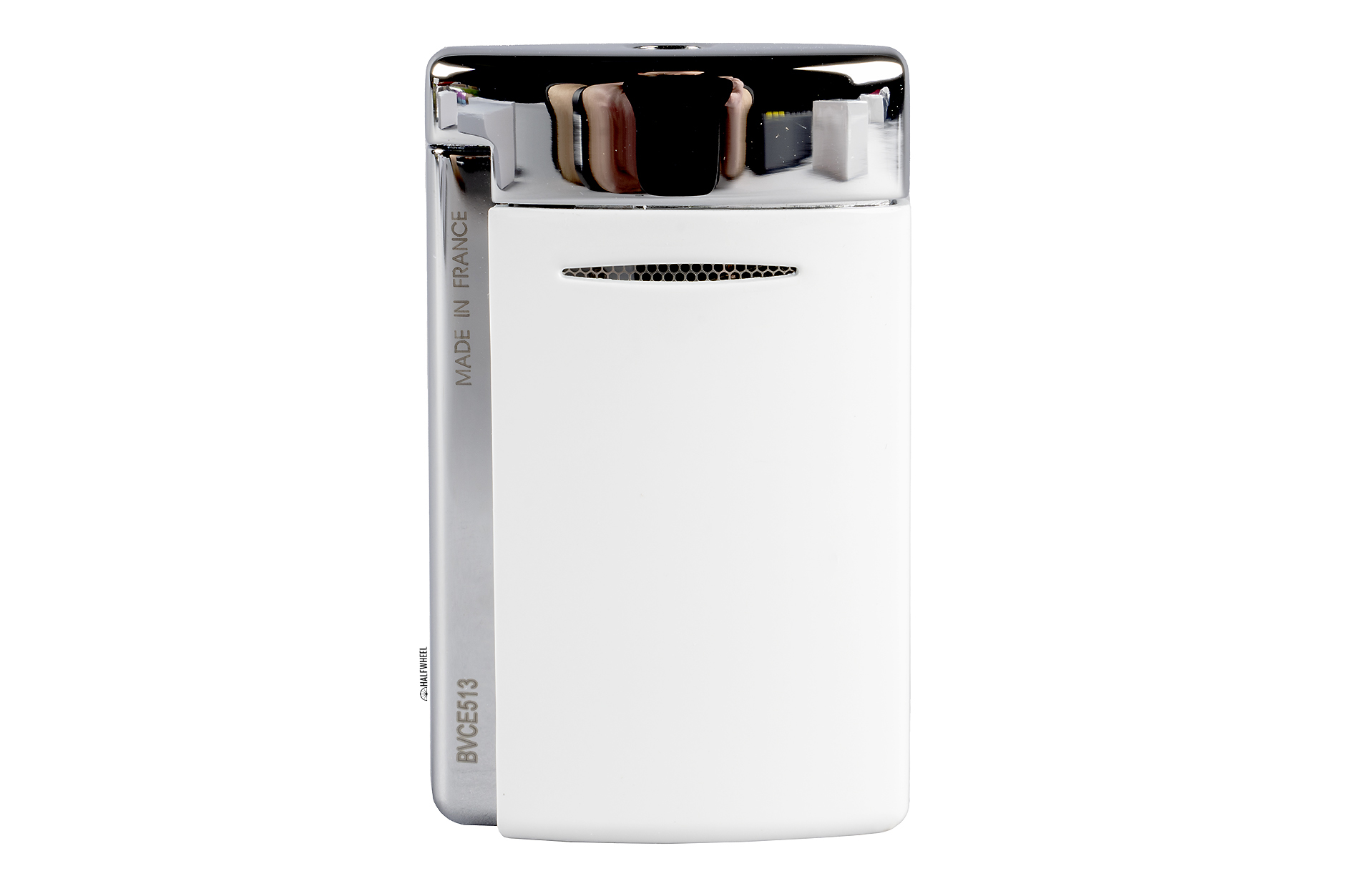 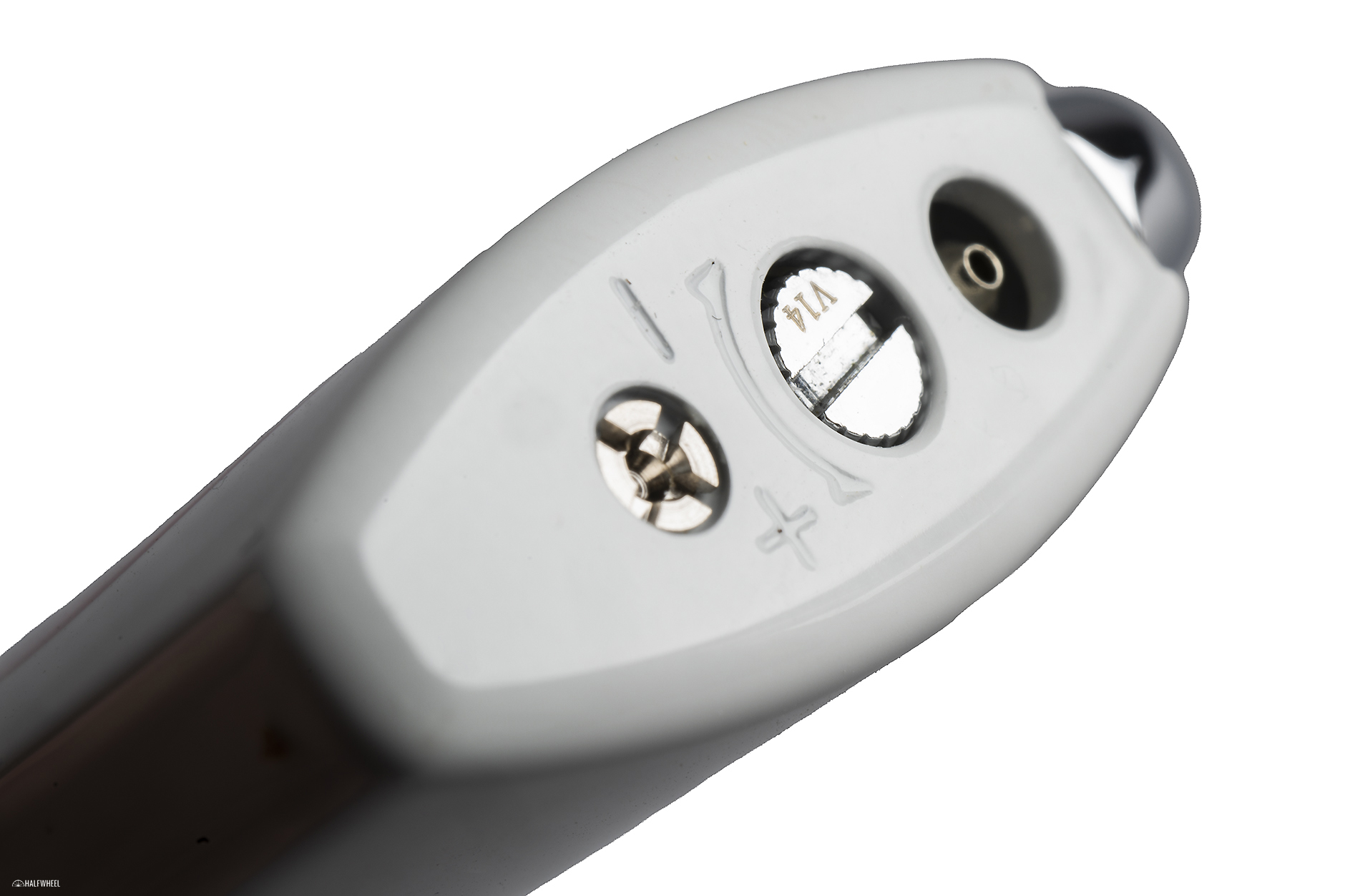 The S.T.Dupont miniJet is a compact single flame torch lighter that offers a single action, side-squeeze ignition but little else I the way of features. There is no built-in cutter, fuel window or cigar rest. According to S.T.Dupont’s website, its official measurements are 1.3 inches x 2.15 x 0.49 (33 mm x 54.5 x 12.5) and weighs 50g (1.76 ounces).

The 2021 edition of the S.T.Dupont miniJet has an MSRP of $150 for nine of its 10 colors. The 10th option, called Golden, has an MSRP of $160. Regardless of color, each lighter comes with a two-year product guarantee from the date of purchase, subject to normal usage.

Design-wise, the lighter that I’m using features this distinctive circle design that is reminiscent of the French Air Force’s roundel.

It is a two-stage, single-action ignition; simply squeeze the side ignition lever to begin the flow of butane and provide the spark that provides the flame, light your cigar, and release the lever to extinguish the flame. 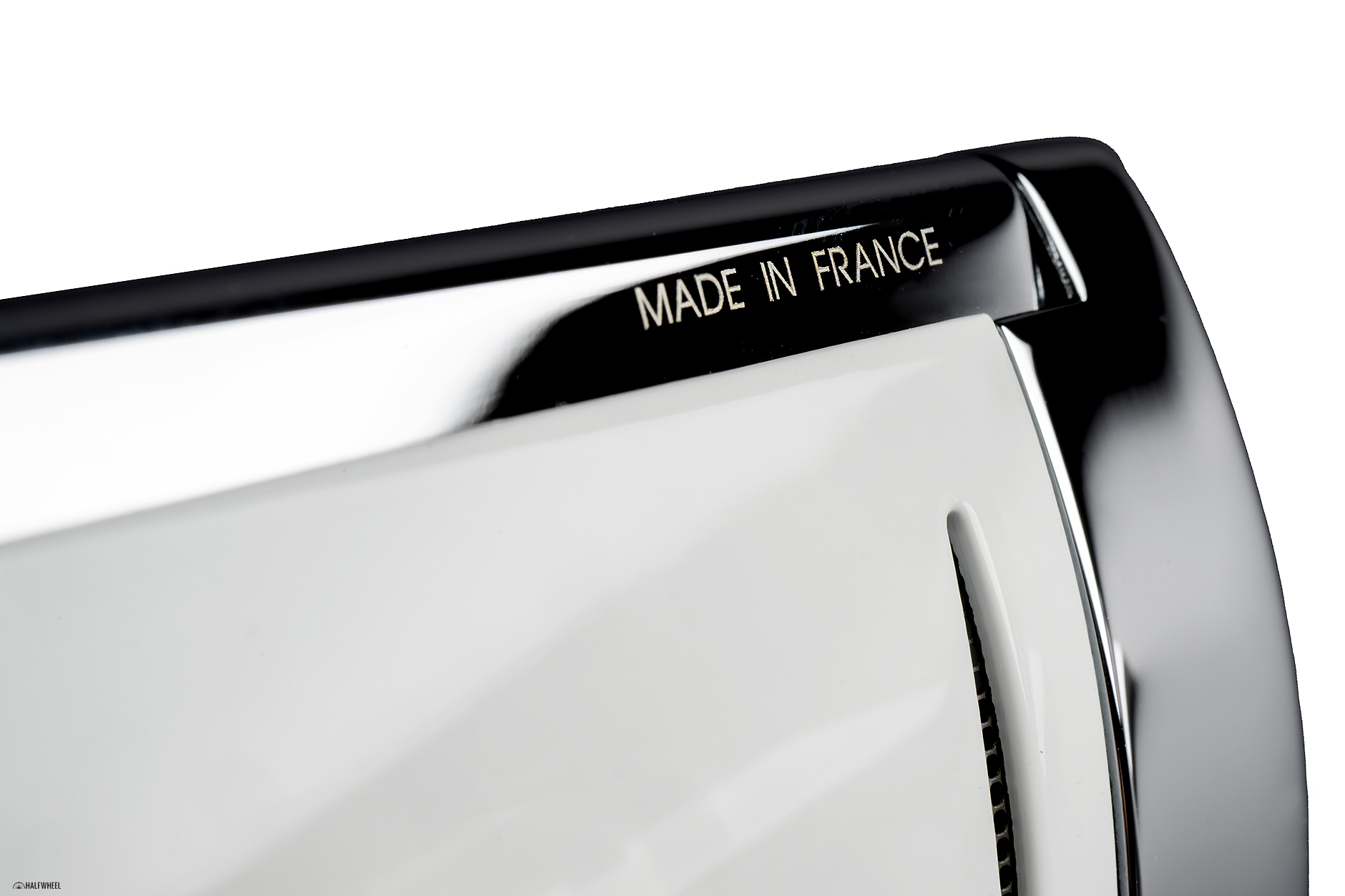 While the performance of this new version of the S.T.Dupont miniJet is quite good, its biggest feature is its size when it comes to taking the lighter with you. It slides in a pocket easily, though I almost always suggest a pouch to protect the finish even though it adds some bulk. If you carry a travel humidor, you’ll only need to leave it a bit of space to tuck inside securely.

Also, the previous two versions of the miniJet were produced in China. This lighter is made in France, a rarity for a torch lighter. 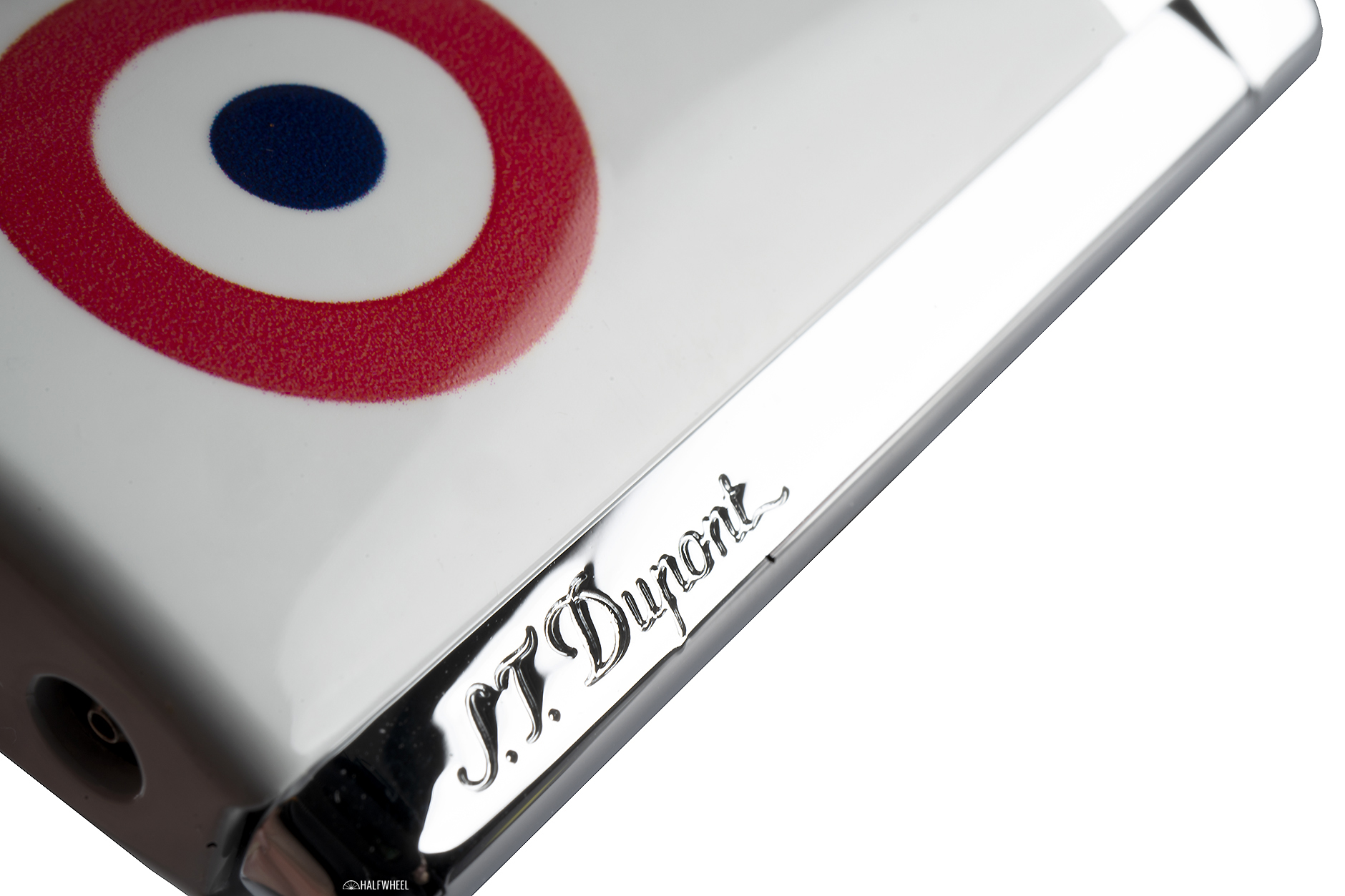 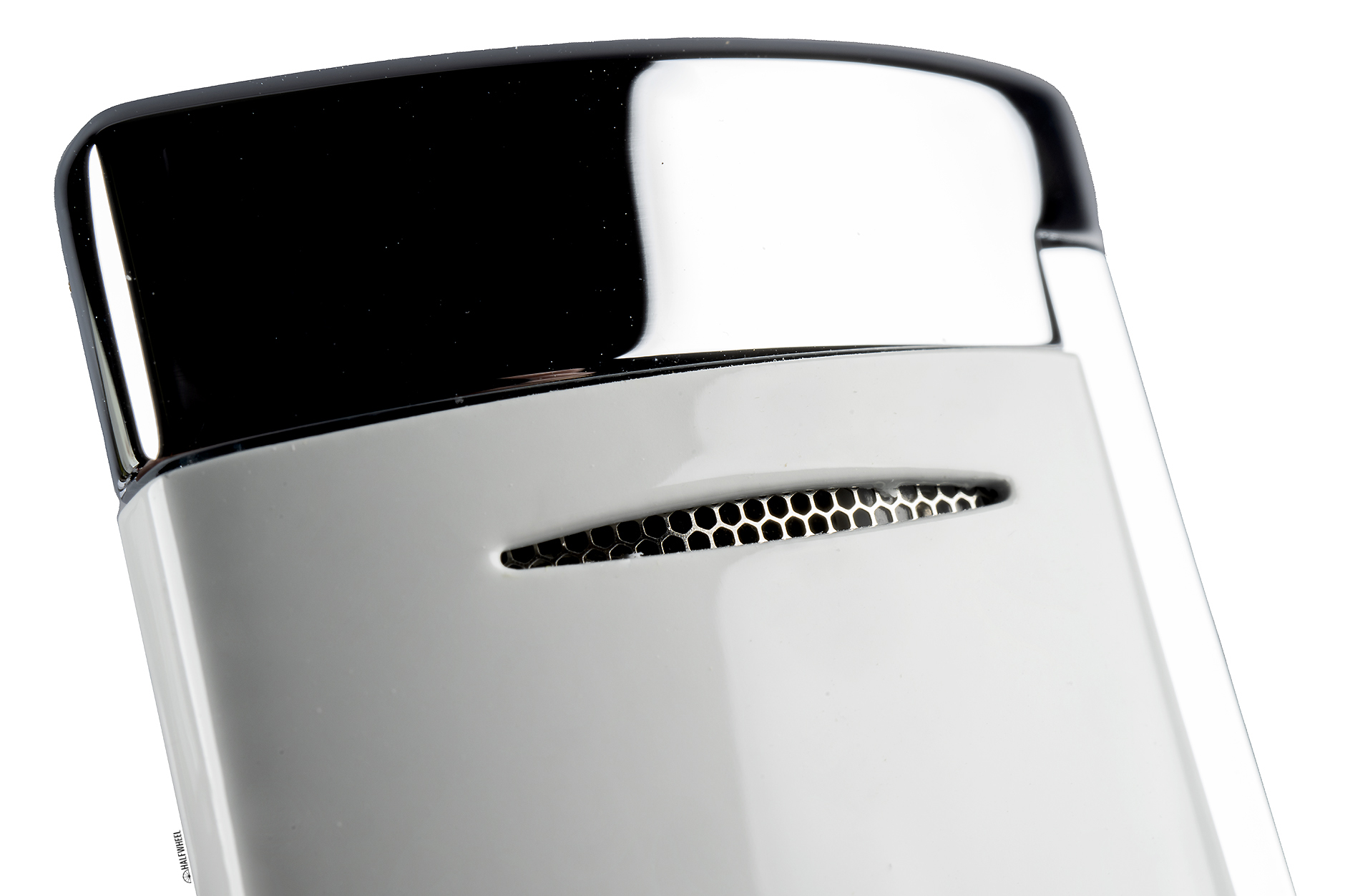 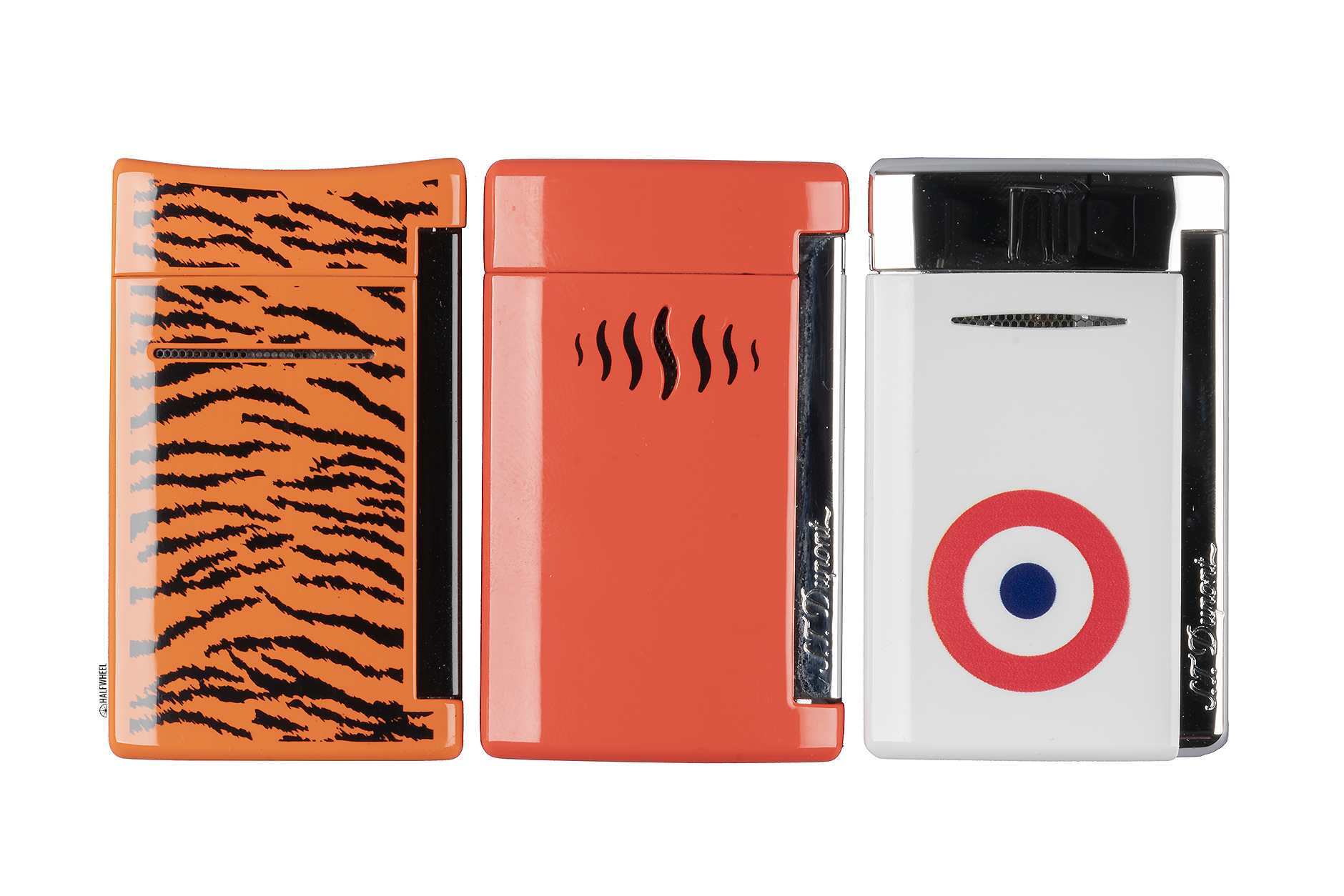 There are plenty of online stores where you can find either the original miniJet or miniJet 2.0 in stock, listed as new lighters. Prices on eBay start at roughly $70 for either option. In my experience, there is not a noticeable difference in function between this lighter and the miniJet 2.0 or probably the original miniJet, but it’s been some time since I used an original. If you have a miniJet 2.0 and are considering an upgrade, I cannot tell you a compelling reason to do so unless you really like one of the new designs from an aesthetics perspective. 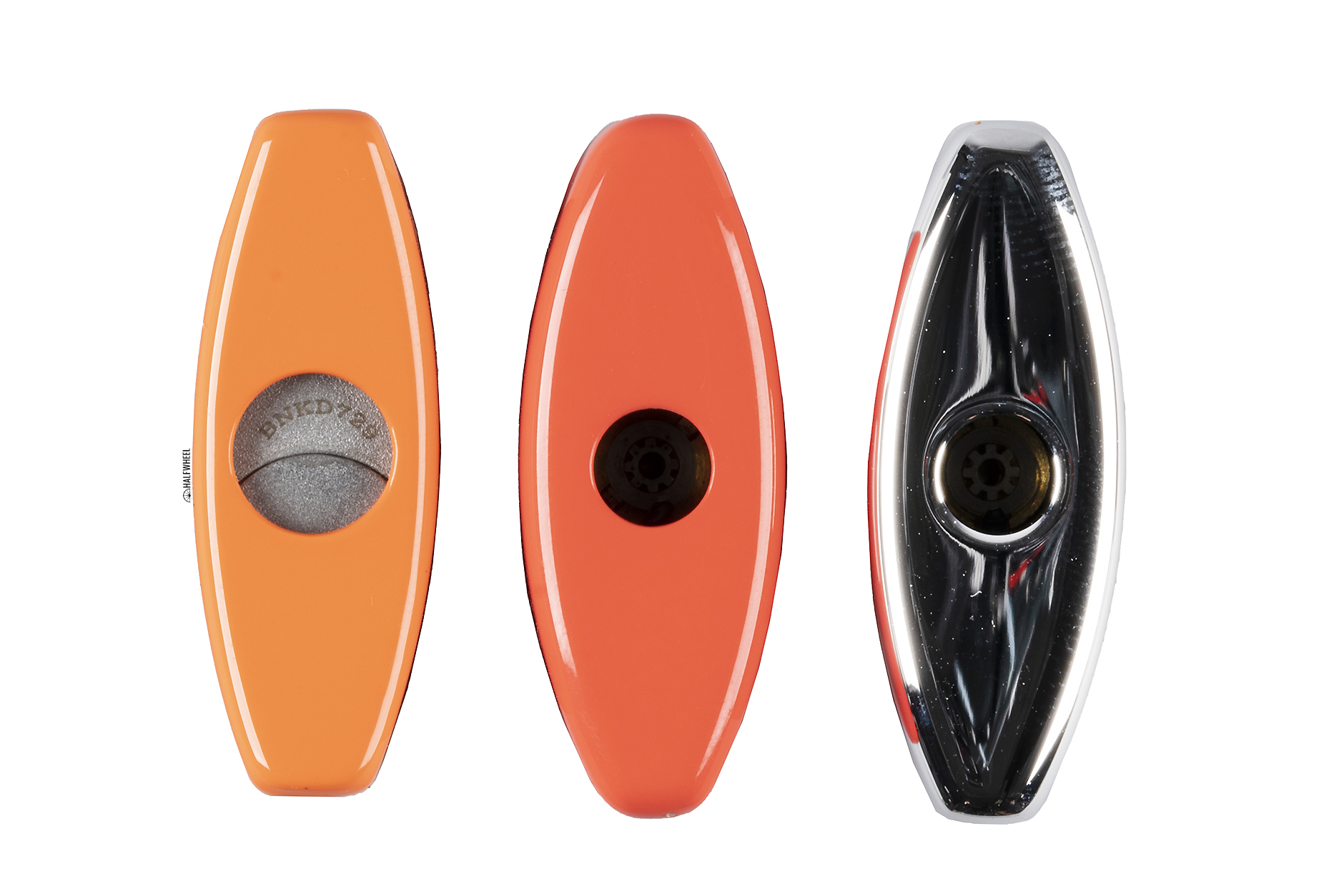 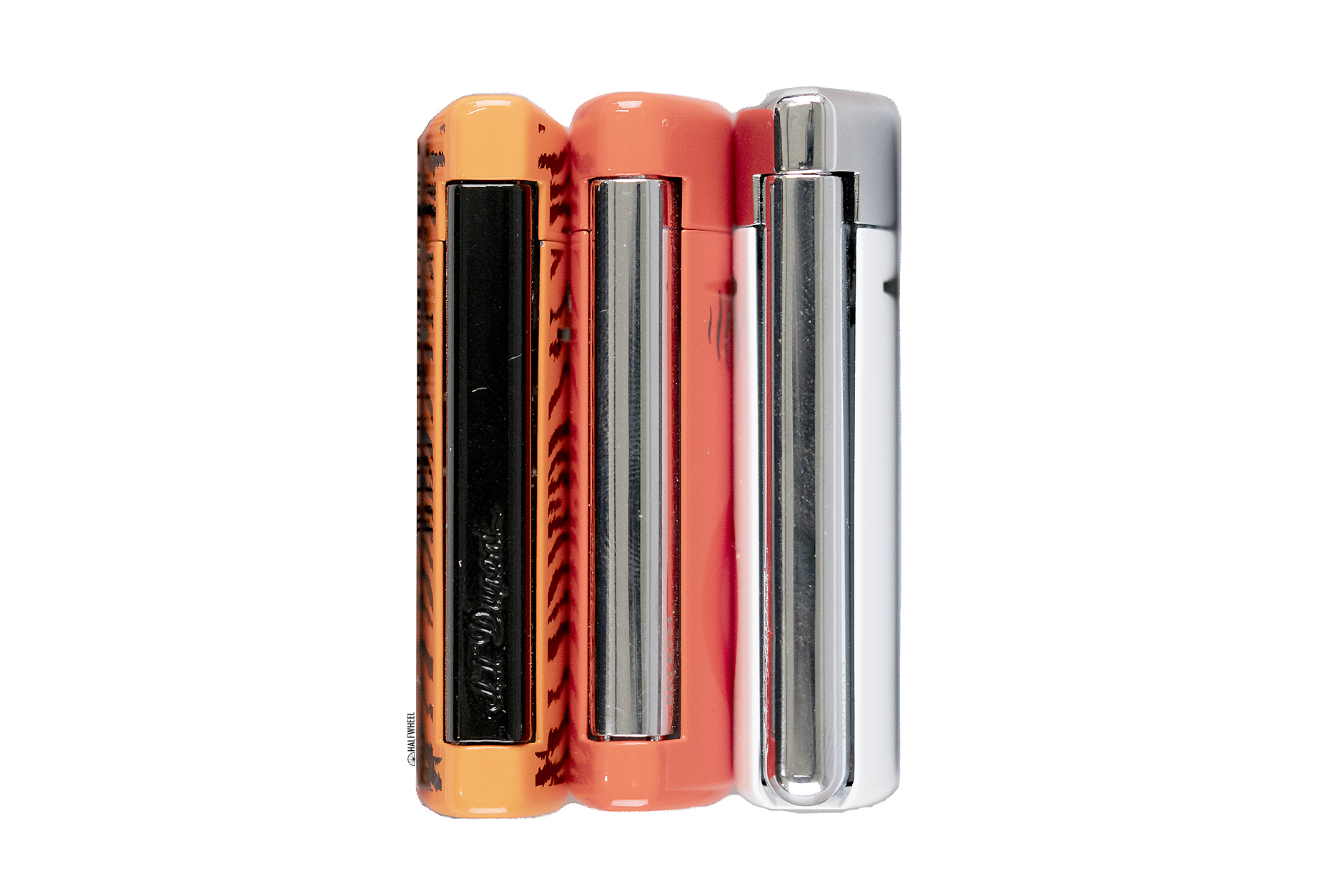 Two caveats stand out. First, buying from eBay carries its own risk, especially when it comes to whether or not the warranty might be honored. Secondly, if not having a fuel window is a dealbreaker, the first generation of miniJet has one whereas the two most recent versions do not.

If the S.T.Dupont miniJet is on your radar, it’s likely you’re looking for one of two things: as small and compact of a lighter as you can find, or something in the higher end of what you’re likely to find at your local cigar shop. It’s an interesting intersection of priorities, but there are some good options to consider. 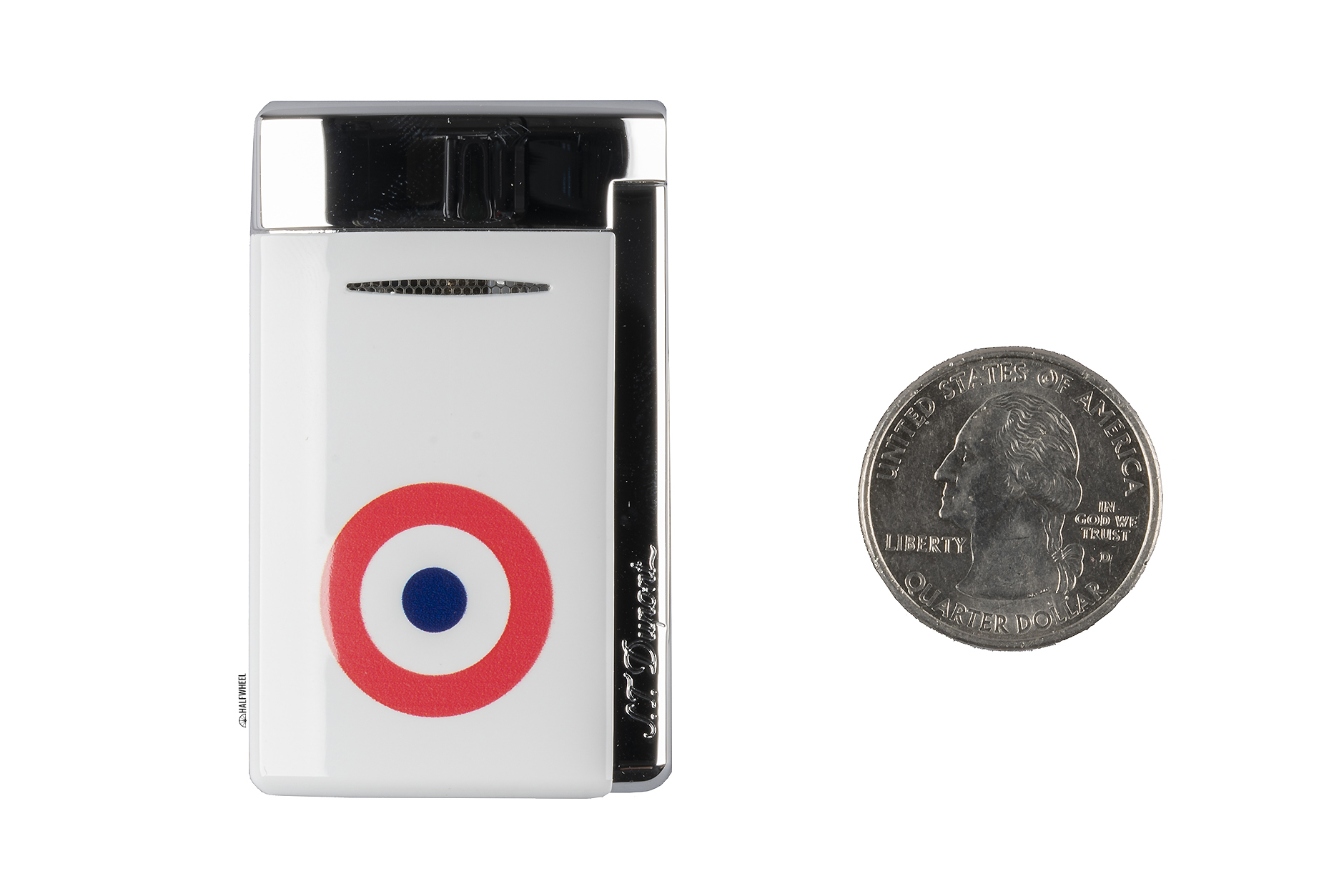 Yes. While the size of the S.T.Dupont miniJet presents some limitations, there are certainly no issues that stand out as to why you shouldn’t buy it. Much like buying a vehicle, you’re making tradeoffs based on your personal needs and preferences; a sports car may look great and be fun to drive, but it can’t carry a lot of people like an SUV can, for instance. If you’re fine with the tradeoffs that come with this incredibly compact lighter, and you want to splurge on a luxury item with which to light your cigars, the S.T.Dupont miniJet is certainly worthy of your consideration.