In 2018, Matt Booth of Room101 announced plans to create a series of small, micro-batch releases for individuals, groups and retailers, with the first such release going to a store that has been home to several other exclusives from the brand, STOGIES World Class Cigars in Houston.

This cigar, a 7 x 40 lancero, comes bearing Booth’s skull head on the band, with what appears to be a handwritten code of SHMB on the left side of the band and a large, printed MB on the right. As for the blend, it’s an Ecuadorian habano wrapper over a Sumatran binder, with the fillers coming from the Dominican Republic and Mexico.

Just 150 bundles of 10 cigars were produced by Tabacalera William Ventura, with pricing set at $9.50 per cigar. 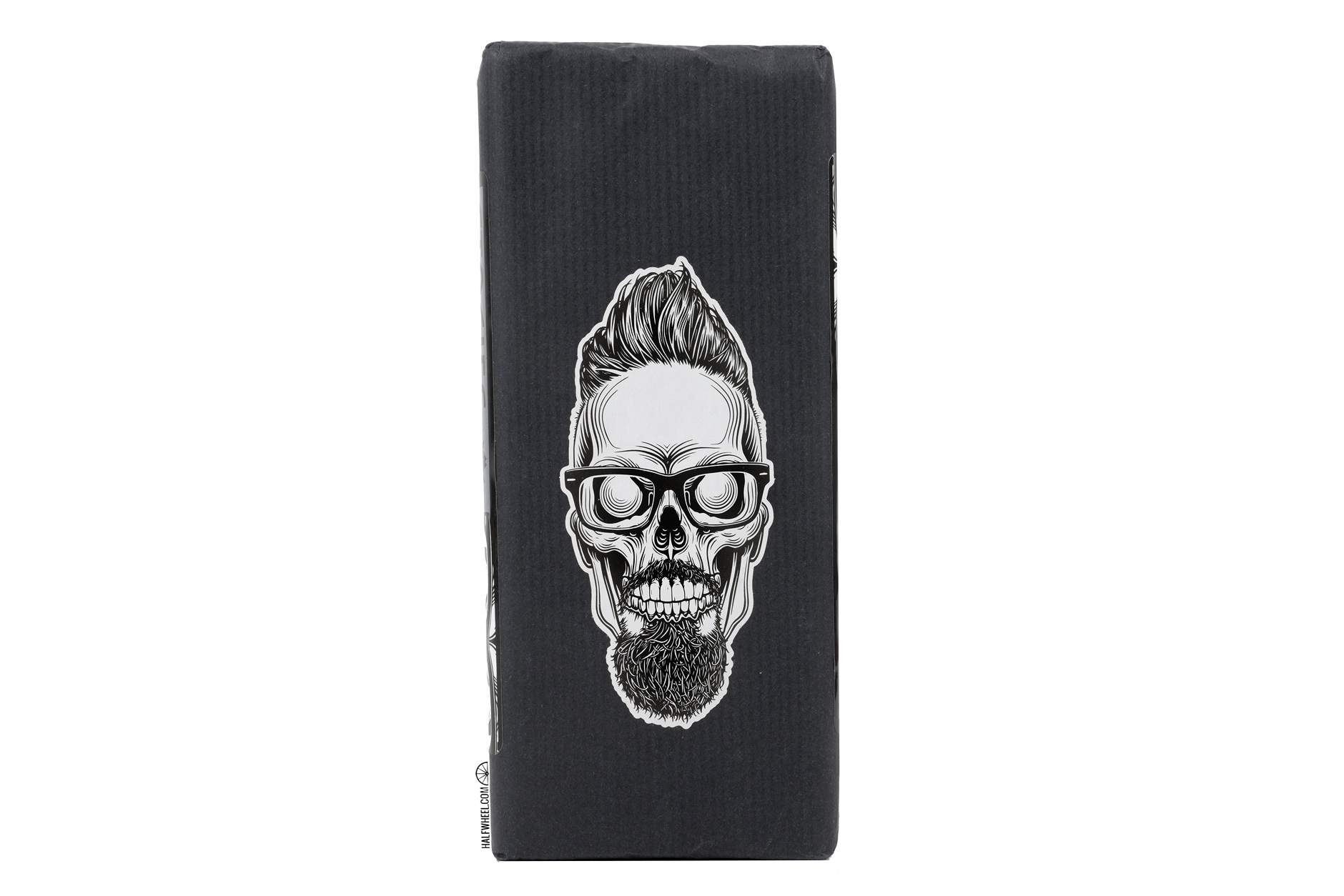 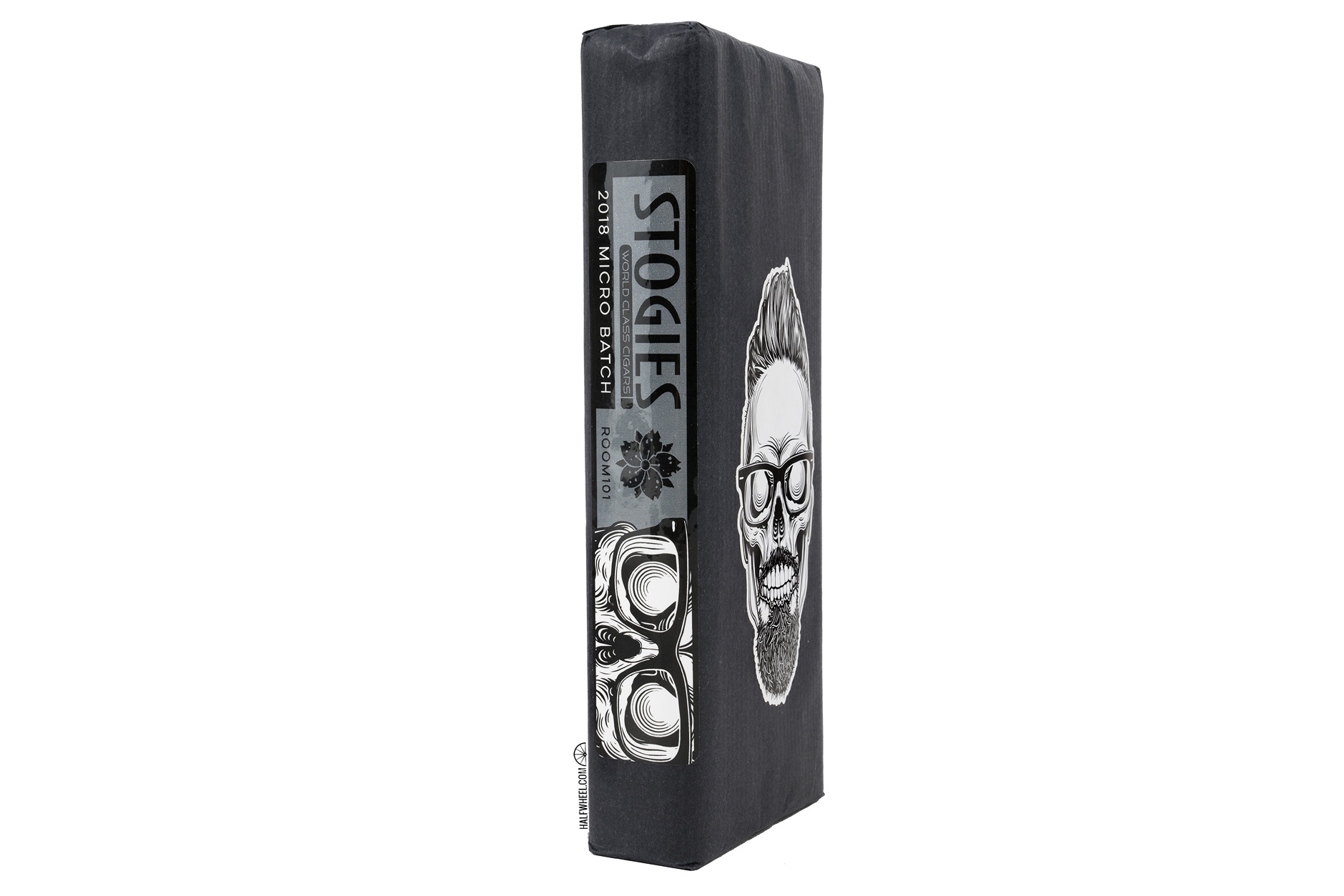 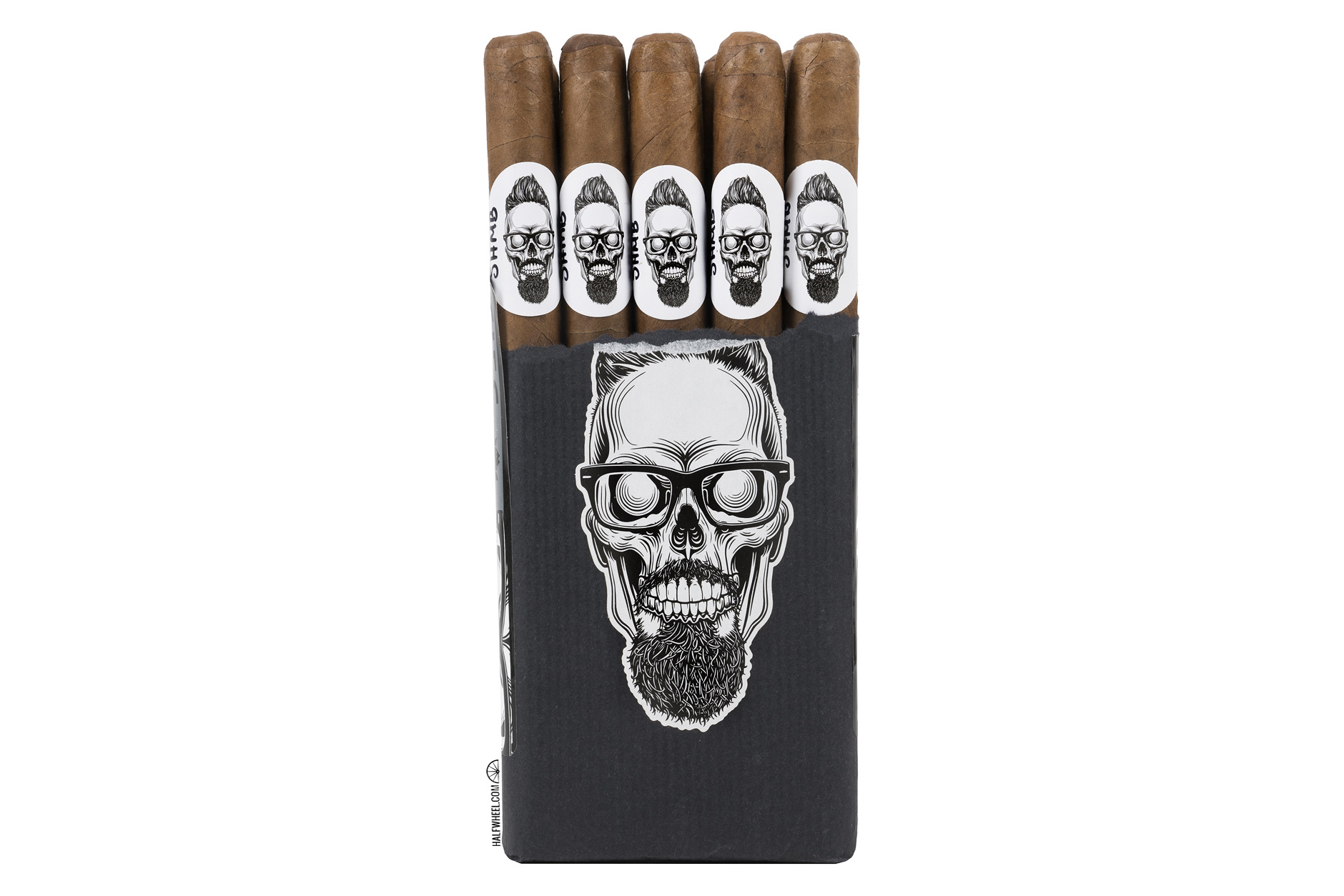 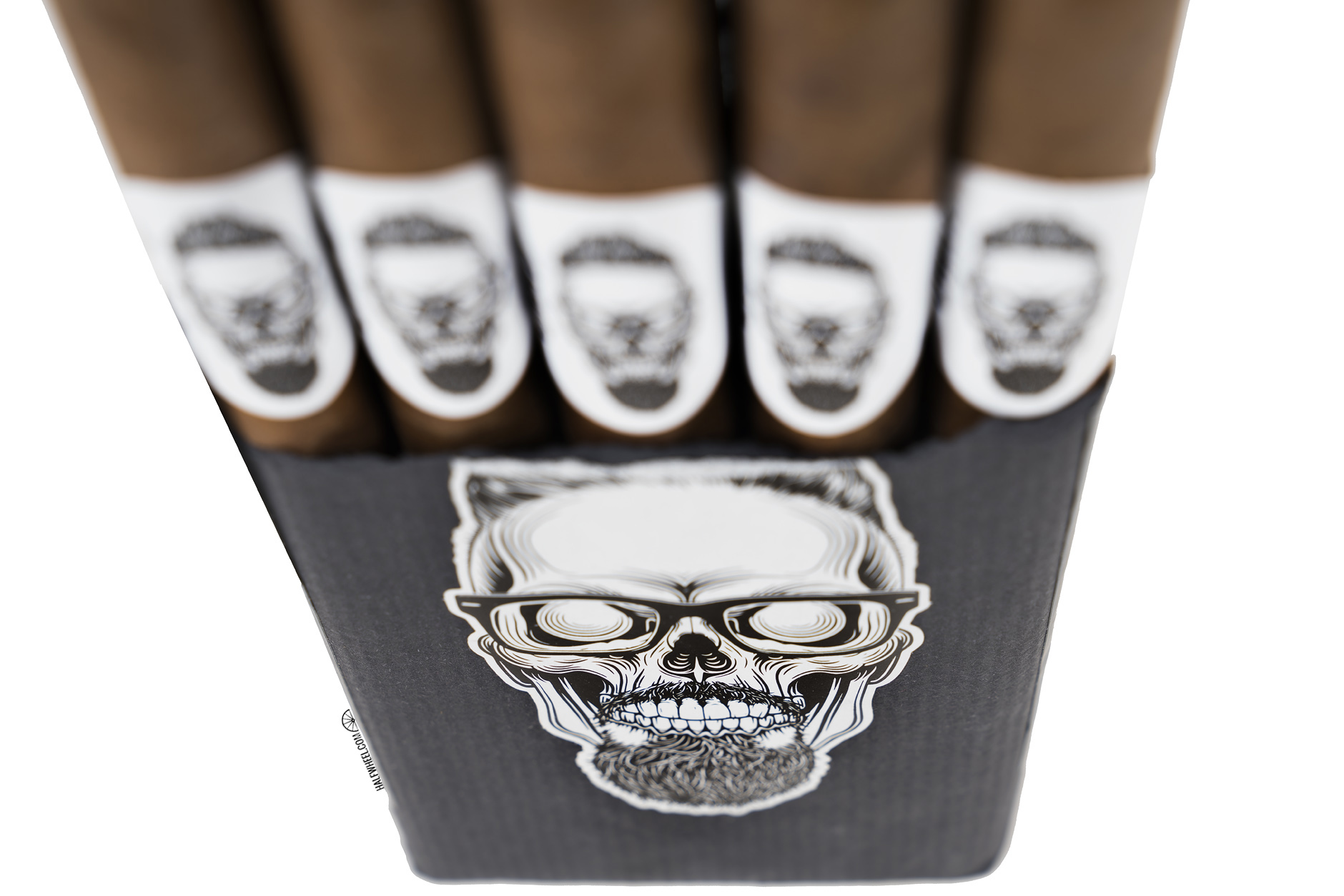 It should come as no surprise that the cigar is a lancero vitola, as the store has become famous for its H-Town series of lanceros from numerous cigar makers. Room101 has sent the store several exclusives, including the Ichiban Mutante in 2015 and the Namakubi Ecuador H-Town Lancero in 2013. The store celebrated its 20th anniversary in 2015 with the aptly named Room101 STOGIES 20th Anniversary Edition, though that was a 7 x 48 Churchill vitola. Additionally, Room101 launched its Uncle Lee cigar at STOGIES World Class Cigars in 2014. 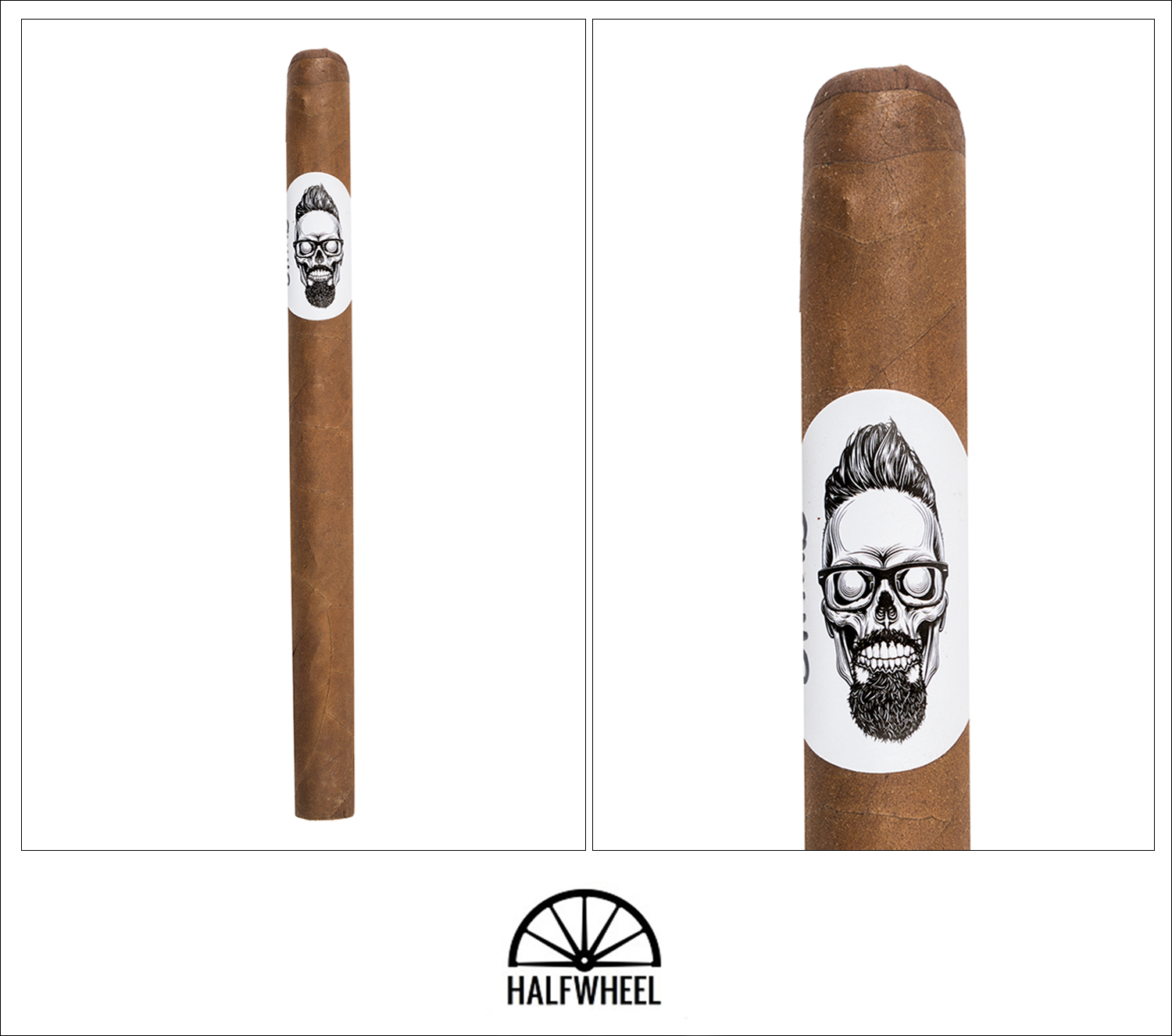 The cigar has a noticeable amount of give to it, with two of the three samples a tick on the spongy side. The roll is fairly clean, with visible seams and the occasional spot where a small section has puckered up. The caps leave a bit to be desired as one is applied at a bit of an angle and another has a wave to it, but otherwise, they look pretty standard. The wrapper leaf has a fair number of veins, and generally one more prominent one tucked away on the back side. Aroma off the wrapper is reminiscent of a bag of dry, unsalted pretzels, while the foot is a bit more along the lines of unsalted peanuts. Neither is overly vibrant, but both are fairly familiar. The cold draw is good as air glides easily through the cigar, carrying more notes of peanuts and peanut butter, as well as introducing some toast at times.

The first puffs of the Room101 STOGIES 2018 Micro Batch by Matt Booth keep up the peanut theme, though quickly give way to some earth and black pepper, remaining around in the first inch just enough to be appreciable. It’s not long before the cigar starts taking on what I would expect the blend to taste like, particularly from the Ecuadorian habano wrapper and Sumatra binder. The burn rate varies from cigar to cigar, with the first sample noticeably slower than the other two. There is also a bit of feeling out to be done to get the ideal puffing rate locked in, as one sample went almost completely out on me while at rest, though it didn’t feel like I had left it sitting for an extended period of time. The opening third closes out with a good amount of white pepper in the nose, backed by a bit of a chalky finish and aroma, the combination of which gets into the nostrils for a rather tingling sensation. There’s plenty of smoke to be had from this lancero, and the burn and draw are both quite good. 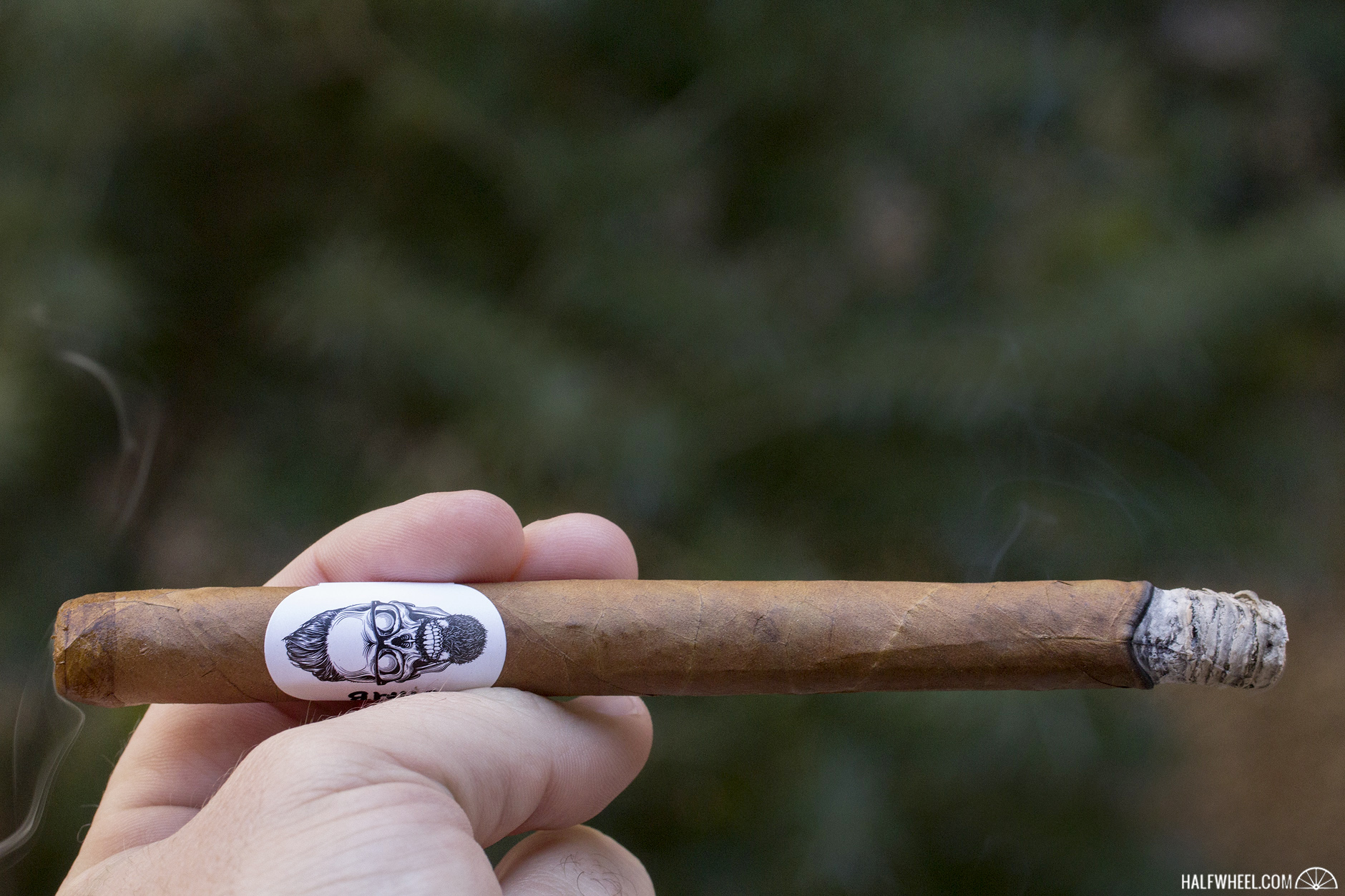 A light, dry wood settles on the tongue as the Room101 STOGIES 2018 Micro Batch begins its second third, a bit biting when combined with the pepper the cigar is offering but not overwhelming. If anything, it is making me aware that my mouth has become a bit dry from the smoke, which is still fairly plentiful. Right around the halfway point, the cigar picks up more pepper, and retrohales are particularly punchy and pepper-forward. It’s near the exact halfway mark that the third sample delivers the high point of all the cigars I smoked for this review, a combination of toast, dry woods, pepper and a bit of grill smoke in what is so complex and balanced that it snaps my senses to attention. The profile gets a touch drier as well in the back end of the second third and shifts the majority of the physical sensation to the back of the tongue and into the throat, and when the pepper and wood are hitting the palate in tandem, it can be a fairly intense sensation that does overstep a bit for my liking. Thankfully each of the cigars is still burning well without any need to touch it up, and every sample seems to burn better than the previous one. 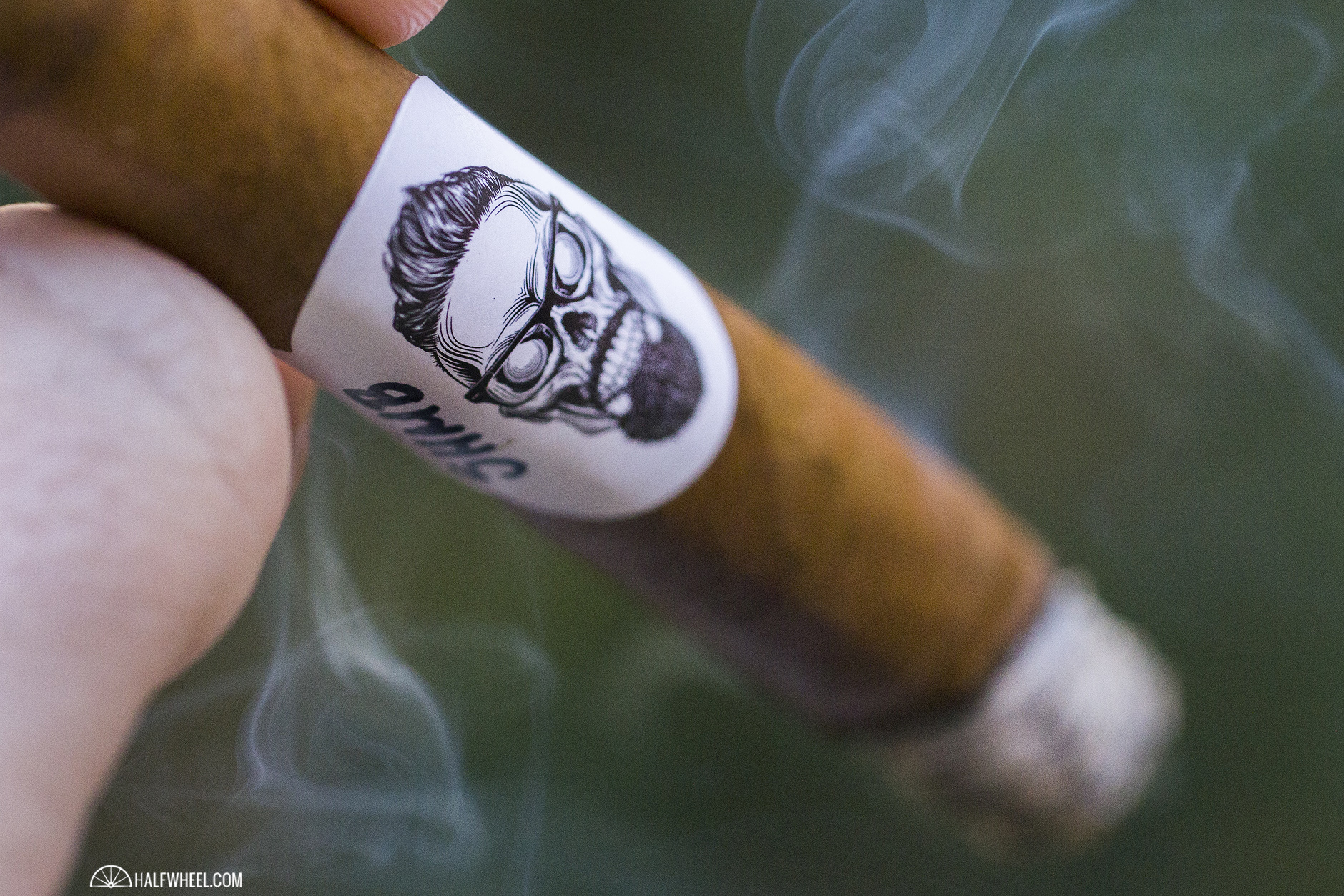 Peanut butter returns to the fold at the start of this Room101’s final third, and with the second third largely drying out my mouth, it’s nice to have a break from that and a shift to something a bit less aggressive. There are also a few spots where the texture of the smoke thickens up, which is also helpful in softening out the profile, which has begun showing the first signs of a bit of oak. The final two inches pick up a bit of creaminess, a new addition to the profile that feels like a direct result of the texture of the smoke changing, softening it out before earth and pepper come back strong in the final inch, with the tolerance for such intensity being the determining factor as to how far down to smoke the cigar as it burns quite well, still putting out good amounts of smoke in its final puffs. 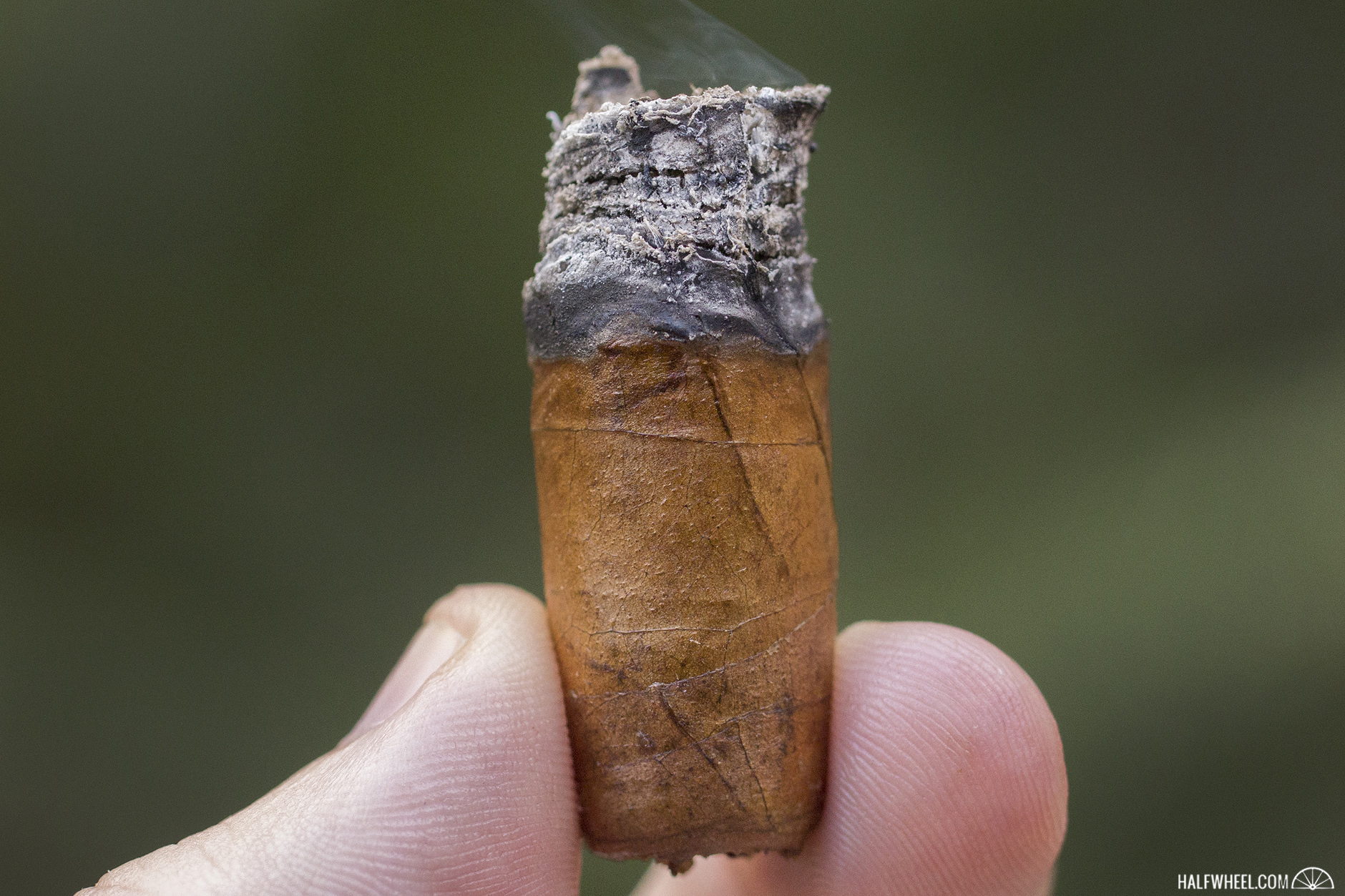 Tell me that there's a new exclusive for STOGIES World Class Cigars, and I'd expect it to be a lancero. Tell me that it uses this blend, and this is almost exactly what I'd expect it to taste like—a medium to medium-plus profile loaded with dry woods and white pepper complemented by accents of earth and black pepper. The cigar doesn't take the palate through a bunch of changes, varying mostly the intensity of the flavors until the final third, when some cream and peanut butter enter to soften what has been a very mouth-drying sensation. While it's a profile I'd go to on occasion and could fairly easily enjoy, there did get to be a bit of palate fatigue by the third sample, which is probably my biggest issue with this cigar. Still, with a beverage close by, it's a pretty easy one to enjoy without much issue.