There’s a new celebratory cigar on its way to retailers, as the first shipments of the Room101 10th Anniversary are en route to retailers, with a second wave of shipping beginning next week. 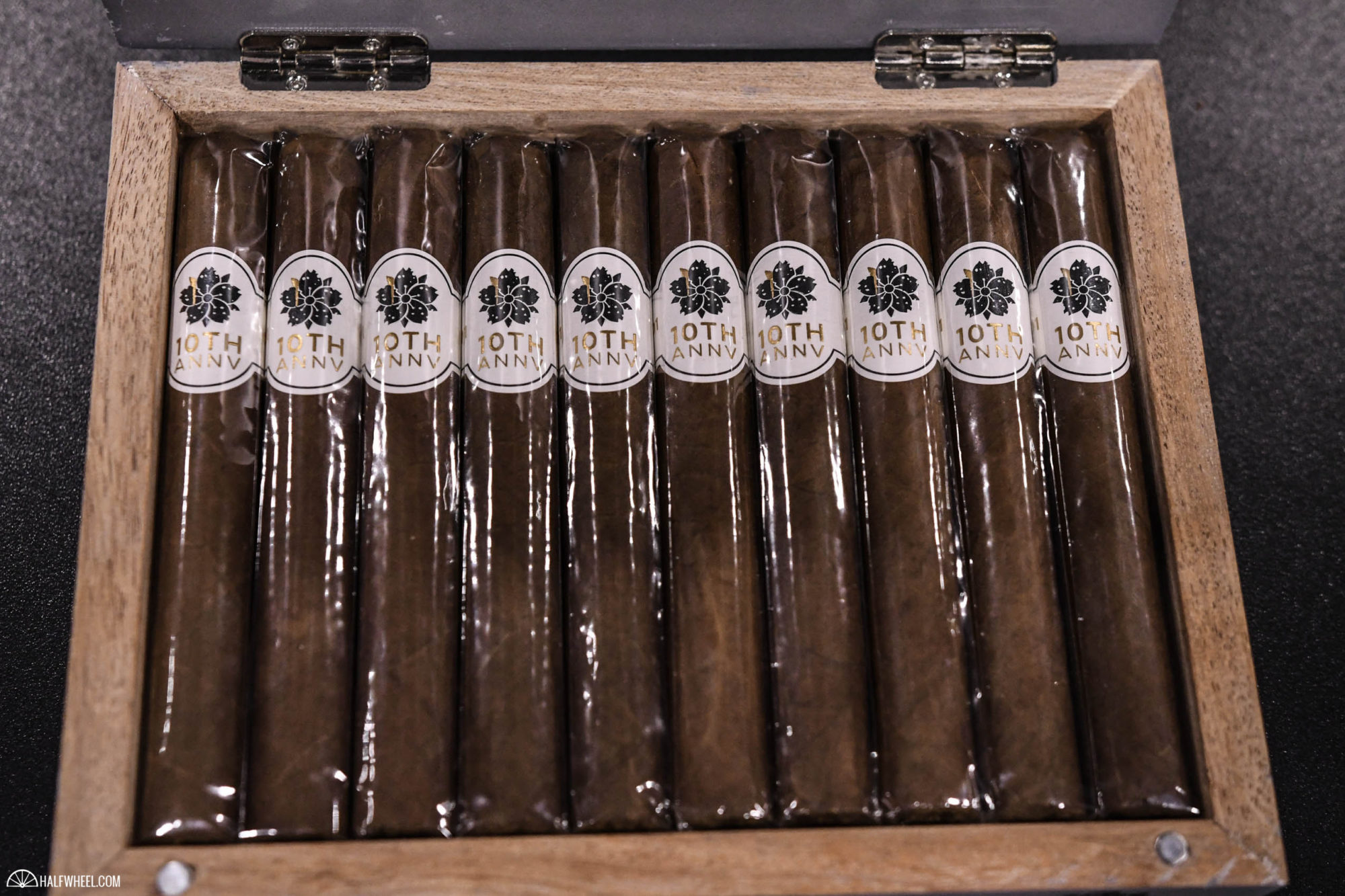 The blend is largely undisclosed, and while Matt Booth has confirmed it uses a Nicaraguan rosado wrapper, he is remaining tight-lipped about the binder and filler. It’s offered in a 6 x 52 toro vitola priced at $10, or $200 for a box of 20.

Booth had just 500 boxes produced and unveiled the cigar at this summer’s IPCPR Convention & Trade Show. The cigar is made at Tabacalera AJ Fernandez Cigars de Nicaragua S.A. in Estelí.

It’s one of several new releases from Room101 that have been showing up on store shelves in recent weeks, including the Doomsayer and Farce Maduro, with The Big Payback Maduro scheduled to ship this month as well.